The Weekly ☆ Character Showcase is an article series where we introduce one character from the Dragon Ball universe each week. Our mission this time is to deliver intel on the stunning Red Ribbon Army officer known as General Blue! 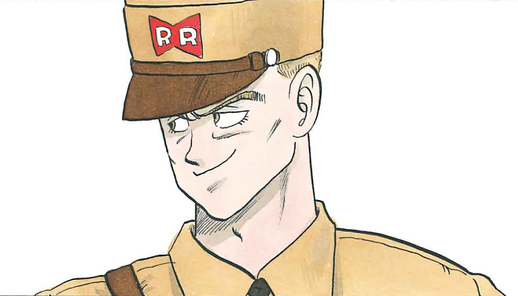 General Blue is one of the officers in charge of commanding the Red Ribbon Army's troops.
Compared to his comrades, he has a somewhat unique way of speaking and conducting himself. He is also known to be quick-tempered and does not hesitate to execute subordinates who fail him.
General Blue was initially charged with finding a Dragon Ball that had sunk to the far depths of the ocean, but his mission suddenly changed when orders came down the pipeline from Commander Red to eliminate a Goku-shaped thorn in his side who had defeated Silver Company and White Company as well as their respective commanders. 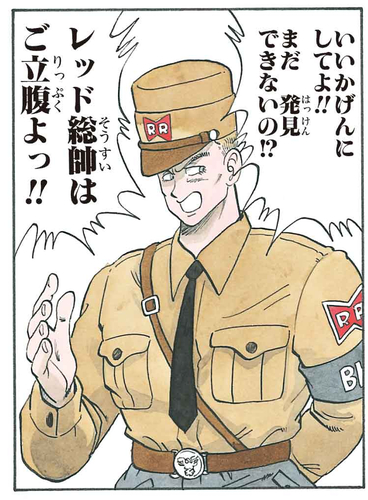 Goku and his compatriots' search for the sunken Dragon Ball led them to an underwater cave; General Blue and his men in hot pursuit in their submarine. However, all of the General's men were wiped out by one of the cave's deadly traps!
General Blue chased Goku and the others down on his own and used his psychic powers to freeze Goku in place. It looked like Goku might've been about to meet his end when General Blue's ultimate weakness appeared before his very eyes: a mouse! As the scaredy-cat soldier flew into a panic, Goku seized the opening and defeated Blue by poking him in the eyes and punching his lights out Jan-Ken (Rock, Scissors, Paper) style! 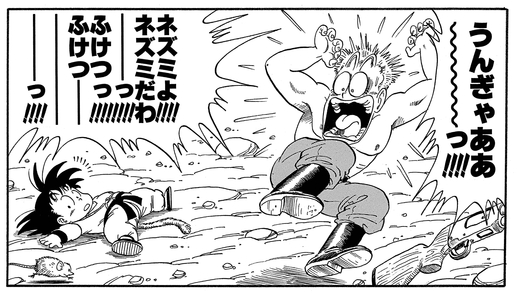 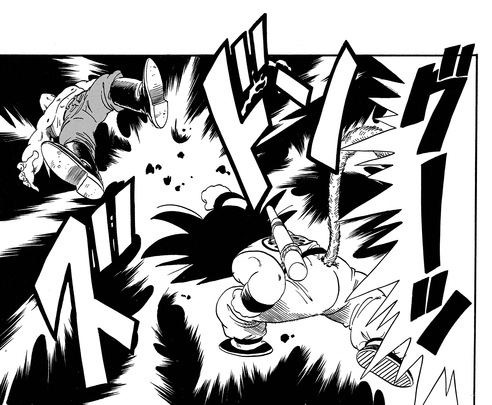 Their next encounter was at Kame House, where Goku, Krillin and Bulma had escaped to.
He used his psychic powers again to tie them up and made off with the Dragon Balls. 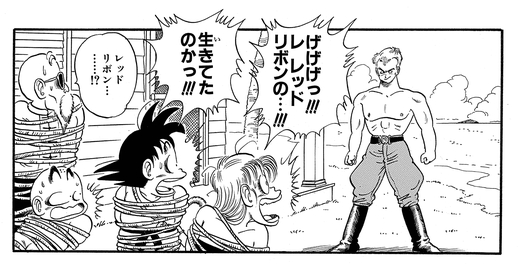 Goku caught up to General Blue and they engaged in an airborne battle, which ended when Blue's aircraft collided with a rocky outcrop, causing him to crash-land in Penguin Village.
He then took Arale hostage and stole the Dragon Radar before attempting to finally finish off Goku, but he didn't count on Arale's super-powerful headbutt sending him sailing out of the village! 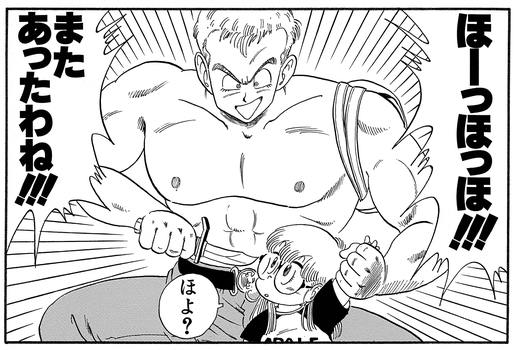 He did manage to return to Red Ribbon Army HQ with the Dragon Radar, but since he failed to bring back the Dragon Balls as ordered, Commander Red sentenced him to death.
He was given a chance to redeem himself, however, as Commander Red offered to spare his life if he could defeat the assassin he'd hired to take out Goku: the merciless Taopaipai! Unfortunately for General Blue, he was no match for his deadly foe, and his life ended with a strike to temple from Taopaipai's tongue. 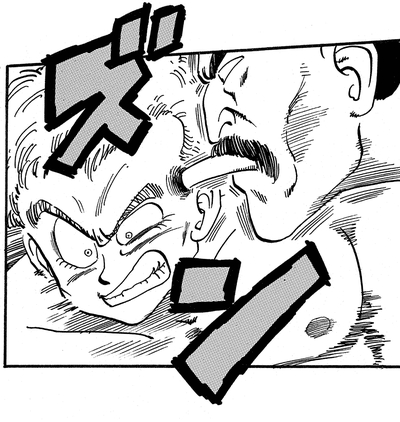 Psychic Powers
Utilizing his piercing glare, General Blue can unleash his psychic powers to freeze anyone he looks at. 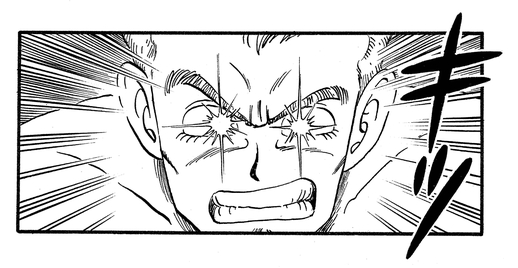 He hates anything unsanitary!
General Blue can't stand anything he considers dirty or unsavory, which is why he immediately sentenced a soldier who was picking his nose to be executed! 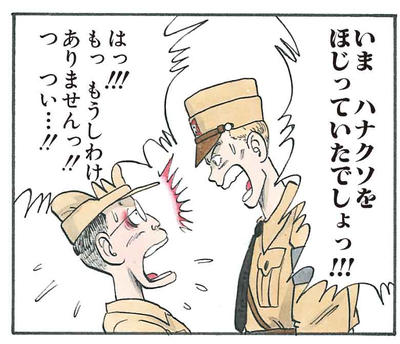 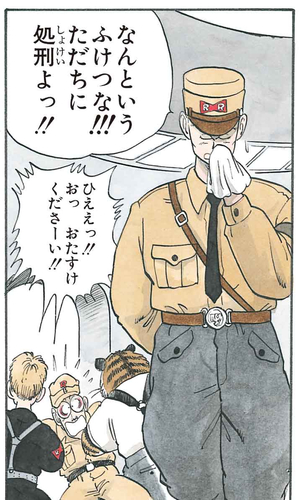 →Preview: Next week we're meeting a colonel of the Red Ribbon Army!