[May 2021] Toyotarou Tried to Draw: The Brute-Force Battler from the Another World Budokai! 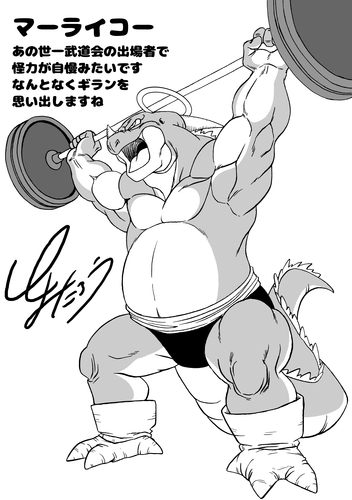 Maraikoh
A contender in the Another World Budokai
who prides himself on his raw power!
He's somewhat reminiscent of Giran,
don't you think?
—Toyotarou

This is a special monthly series where we feature sketches drawn by Toyotarou—the illustrator of V Jump's ongoing series Dragon Ball Super!
This month's illustration is "Maraikoh"!

Maraikoh appeared in an anime-only episode of Dragon Ball Z as a fighter in the Another World Budokai! He advanced to the second round of the tournament finals with his tremendous strength but was then defeated by Goku in their epic clash.