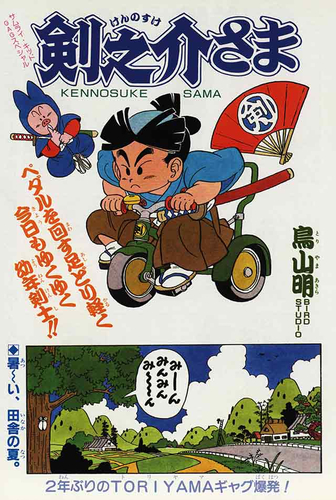 Young Master Ken'nosuke
Published in the 1987 No. 38 issue of Weekly Shonen Jump.

Young Master Ken'nosuke was introduced during Dragon Ball's original run in Weekly Shonen Jump as a "samurai kid gag special one-shot". Met with instant popularity among readers, it went on to be adapted into a short animated feature at the 1990 Toei Anime Fair's "Akira Toriyama THE WORLD" exhibition and hit the big screen at the same time as the Dragon Ball movie "Dragon Ball Z: The Tree of Might".
Toriyama commented on his fondness for Young Master Ken'nosuke in "Akira Toriyama THE WORLD Anime Special", a guidebook sold while the two features were in cinemas. He wrote, "It was very fun for me to draw, and I personally like it a lot. Dragon Ball's style has a lot of Chinese influences, so I wanted to create something distinctly Japanese for my next work, and that's how it ended up being a period piece (laughs)."

One day, our budding samurai hero is suddenly asked on a day by fellow kindergartener Oden. 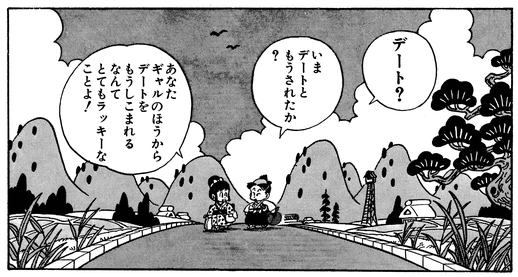 At first, he misunderstands Oden, thinking that she's offering him a serving of dessert!
Ken'nosuke seems to share a few sensibilities with Goku, who thought he was getting something to eat when Chichi offered him her hand in marriage. 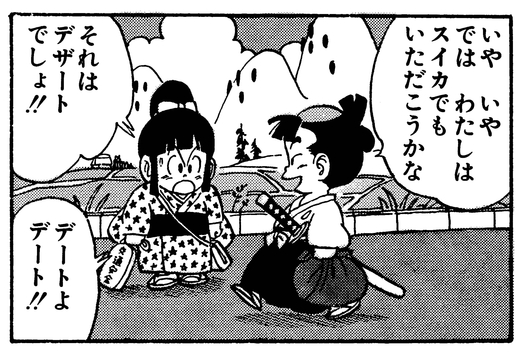 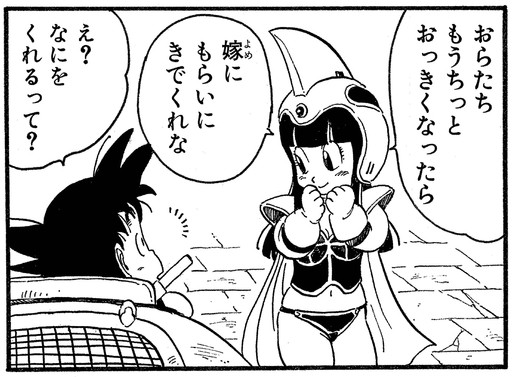 Upon arriving home, Ken'nosuke calls upon Shinobimaru, a pig-like ninja, to tell him exactly what a date is.
The way Shinobimaru's ears poke up in his hood is just like Pilaf's canine ninja underling, Shu! 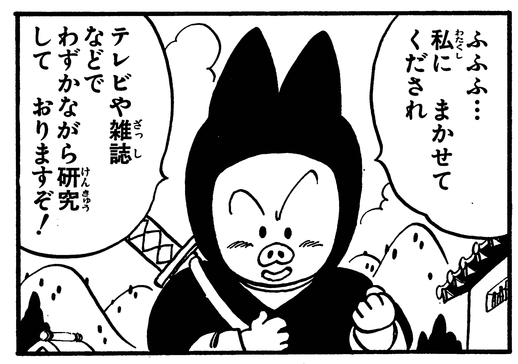 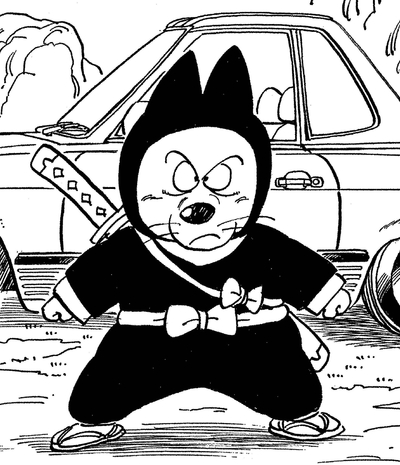 With no time to lose, the two begin training in preparation for Ken'nosuke's date.
They try ordering an iced coffee at a tea house, but being just a couple of kids, they can barely stand the bitter taste!
Speaking of which, Goku also tried coffee as a kid, not knowing what it was before taking a sip, and thought it was some kind of yucky bitter soup! 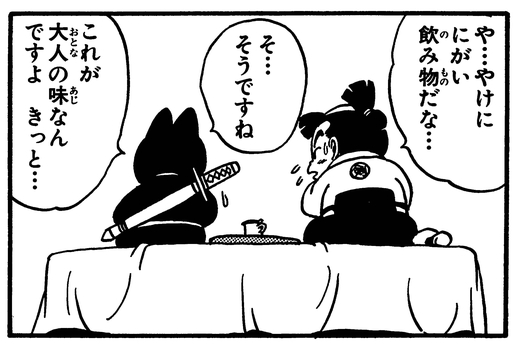 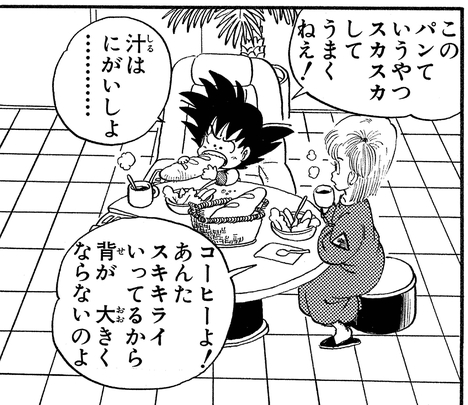 Ken'nosuke endures the trials and tribulations of his training, from a visit to the oceanside to taking your partner out for tea.
Suddenly, a pair of ruffians pull up on their scooters to cause trouble! 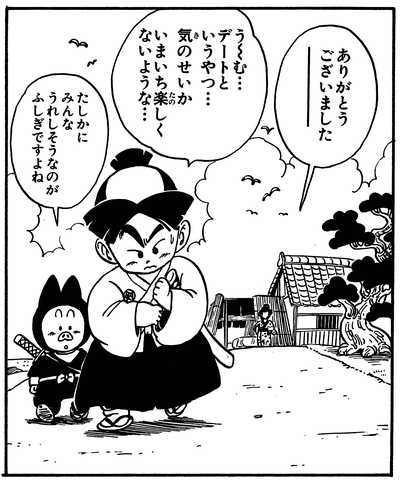 Seeing this as another form of training to impress Oden on their date the next day, Ken'nosuke rises to the challenge and takes both of them out with his impressive swordsmanship!
Ken'nosuke's skill with the blade is even reminiscent of Yajirobe in Dragon Ball's Great Demon King Piccolo arc! 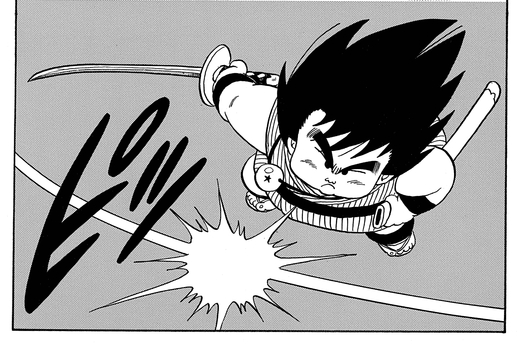 And as chance would have it, the issue of Weekly Shonen Jump that Young Master Ken'nosuke was published in also contained the Dragon Ball chapter where Yajirobe made his first appearance!
With his training done and dusted, tomorrow will be the day that Ken'nosuke puts his newfound skills to the test!
Just what will happen when Ken'nosuke takes Oden out on their first date...?!

You'll have to read the comic for yourself to find out!!