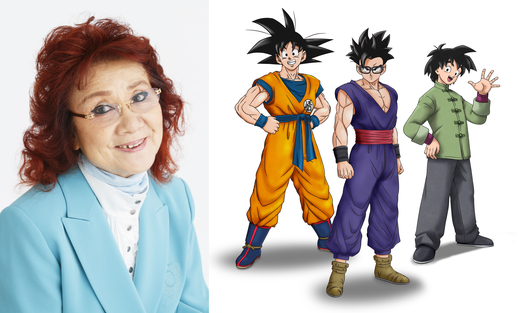 Profile
Born in Tokyo, Japan. Notable voice roles include Kitaro in Gegege no Kitaro (first and second series) and Medama-oyaji (sixth series), Tetsuro Hoshino in Galaxy Express 999, and Goku, Gohan, and Goten, three of the main characters in the Dragon Ball franchise. Also lends her voice to dubbing western films into Japanese as well as providing narration for various projects. 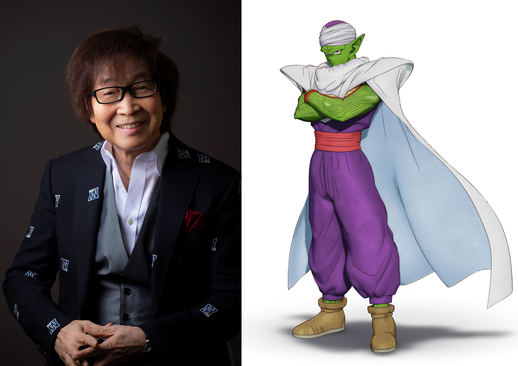 Profile
Born in Tochigi prefecture, Japan. Notable voice roles include Portgas D. Ace in One Piece, Nezumi Otoko in Gegege no Kitaro (sixth series), Kai Shiden in Mobile Suit Gundam, and Shin in Fist of the North Star. Actively involved in a wide variety of projects, such as dubbing western films into Japanese, acting, and narration. Has also helped develop the skills of younger generations of voice actors as the principal of the Aoni Production Acting Vocational School and Aoni JukuTokyo School.

——Did the two of you sit down and talk before you started recording your lines for Dragon Ball Super: SUPER HERO?

Nozawa: No, we didn't talk formally or anything before recording, right?

Furukawa: At this point we're like family, so we can act off each other like it's second nature.

Nozawa: We basically know what the other person is thinking without saying anything, so there's no real need to talk and prepare before recording starts.

——Did the director give you any special instructions during the recording sessions?

Nozawa: No, nothing. Maybe they've finally given up on us?

Furukawa: (Laughs) I'm sure that's not the case.

Nozawa: I got the feeling that they just left it up to us to perform however we saw fit.

Furukawa: There weren't any instances where they instructed us to perform a line in a certain way or anything like that, right?

Nozawa: Not at all.

——It sounds like the director put their complete faith in the incredible level of trust that you two share!

"It's Like I've Already Met Them a Bunch of Times"

——Can you share what you thought the first time you saw the new characters like Gamma 1 and Gamma 2 that appear in the movie?

Furukawa: I felt like these villains were a new breed compared to the ones that have come before. Gamma 1 and Gamma 2 are handsome and have these "cool-guy" voices to match. Another thing that struck me was how some aspects of their personalities blur the line between good and evil in a way we haven't seen before with villains like Frieza, Cell and so on. 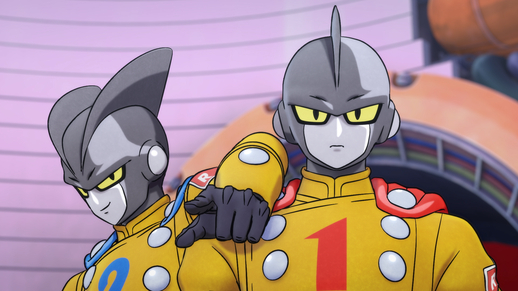 Gamma 1 & 2, played by Hiroshi Kamiya and Mamoru Miyano.
Both have what you might call "cool-guy" voices.

——I have a question for Ms. Nozawa. What do you think Piccolo means to Gohan?

Nozawa: I think Piccolo is the person Gohan trusts the most in the whole world. Of course he trusts his father, Goku, but in many ways Piccolo is a father figure to Gohan. There's a scene in the movie where Gohan is asking Piccolo for help, even though he probably knows Piccolo will get mad at him for it. As though Piccolo has better things to do, right?

Nozawa: He always turns to Piccolo when he needs help, and Piccolo can't help but say yes, even though Gohan's an adult now. And when it comes to Pan, she's such a cutie that Piccolo's willing to do just about anything for her. For Gohan, Piccolo is someone he can always depend on. 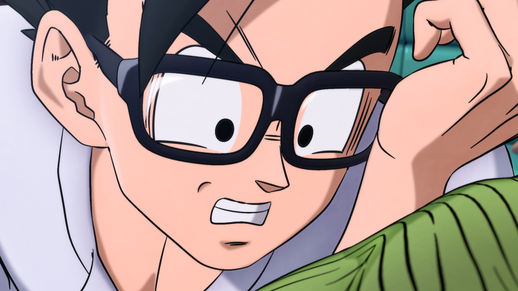 ——Mr. Furukawa, same question. What do you think Gohan means to Piccolo?

Furukawa: I think he sees their relationship as master and student. On the one hand, as one of the Z fighters, Piccolo is a force to be reckoned with, but on the other end of the spectrum, there's a surprising kindness to him, which really comes through in his scenes with Gohan, and I think that's what makes him so interesting. I'd even say he's twice as interesting because of Gohan.

Nozawa: They really are a fantastic duo. 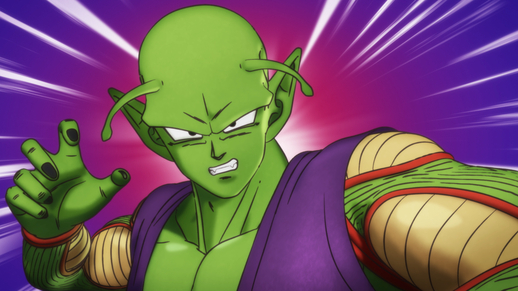 ——This movie is also going to be premiering outside of Japan in North America this summer. I know both of you have had the opportunity to visit overseas for various events, but I was wondering if there was a particular experience you had that really made you feel like Dragon Ball has become a worldwide phenomenon?

Nozawa: I was once at an autograph event in the US and the line of people waiting seemed to go on forever. I was really surprised by all that enthusiasm.

Furukawa: They must have all rushed to be first in line when they heard that the Japanese voice of Goku had come all the way from Japan.

Nozawa: Everyone was so excited, but when the event was over there were three children left. They wanted to buy an autographed art board by pooling their money together, but they were a little short. I called them over and told the staff that I'd like to buy one for each of them myself. The three of them were so happy. They were all saying, "Thank you!! Thank you!!" It made me very happy too.

——They must have thought you were a real-life HERO when you did that for them!
Finally, is there any message you have for all the Dragon Ball fans out there excited for the new movie, including those three children who might be reading this interview?

Furukawa: Dragon Ball is a franchise that's so popular around the world, to the point I'd even say it's a bridge between cultures. It's something that's bigger than borders, nationality, religion and so on. It's something that everyone can understand and appreciate, and I think that's amazing. At the type of event Masako just mentioned, when she does a Kamehameha in front of everyone at the assembly hall, everyone there will instantly stand up at once and fire their own Kamehamehas in return. I hope everyone all over the world will go see the new movie with that kind of passion and zeal.

Nozawa: I feel like we continuously raise the bar in terms of enjoyment with every new project, but this movie doesn't just set the bar higher than ever—it reinvents it. So I hope you'll all enjoy the movie! 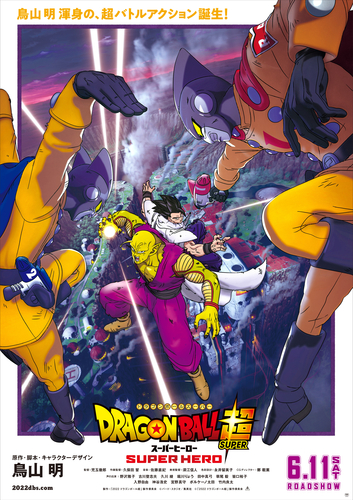 ——Thank you both so much!

Masako Nozawa and Toshio Furukawa have been voicing their characters for so long that they've developed a connection comparable to Gohan and Piccolo themselves. Don't miss a moment of their tremendous teamwork in the film!