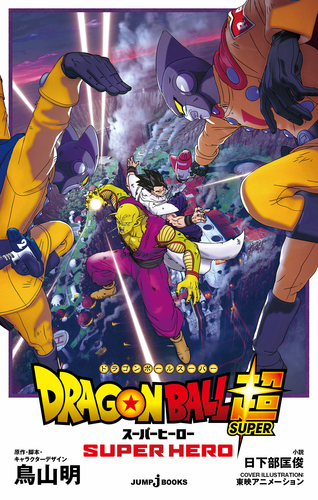 The new movie Dragon Ball Super: SUPER HERO is taking cinema box offices by storm! And as of June 14, the JUMP j BOOKS novelization of the film will be available in bookstores across Japan!

Long ago, a sinister organization known as the Red Ribbon Army was brought down by a young Goku...
Now, years later, the remnants of the fallen army have created two ultra-powerful Androids called Gamma 1 and Gamma 2 in the pursuit of some unknown objective. What's more, these new Android warriors have proclaimed themselves to be "super heroes" and are attacking Gohan and Piccolo!

Take all the thrills of the movie along with you to experience anytime, anywhere, with this travel-sized SUPER novelization!
The cover also features the awesome artwork of the movie's 2nd key visual!