The Weekly ☆ Character Showcase is an article series where we introduce one character from the Dragon Ball universe each week. This time, we're letting it all out with the heroic young savior of the Android/Cell arc, Gohan! 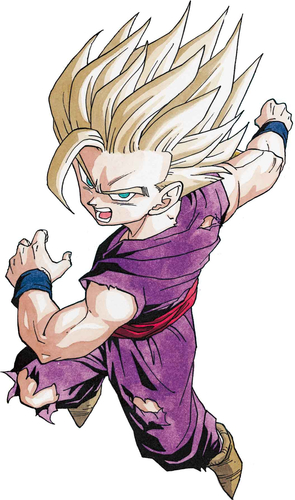 Gohan is the first son of Goku and Chichi. He was taken away by Piccolo at a young age to train in preparation for the arrival of Saiyans Vegeta and Nappa, whom he ended up facing in real combat once they commenced their invasion of Earth. Gohan also traveled to Planet Namek and fought a life-or-death battle against the Frieza force, an experience which helped shape him into a more powerful warrior.

Later, he fought alongside Goku and Piccolo against the Androids, during which time he discerned that Goku must be suffering from some kind of illness due to how badly he was struggling in battle against Android 19. 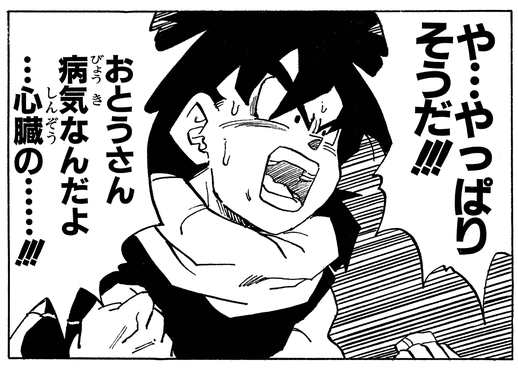 While in pursuit of a fleeing Android 20, Gohan rushes in to save Piccolo from a potentially devastating sneak attack. After Cell appears and demonstrates his unfathomable strength, Gohan enters the Room of Spirit and Time with Goku to prepare for the arduous battle ahead.
During their intense training, Gohan awakens his inner power and succeeds in attaining his Super Saiyan transformation. 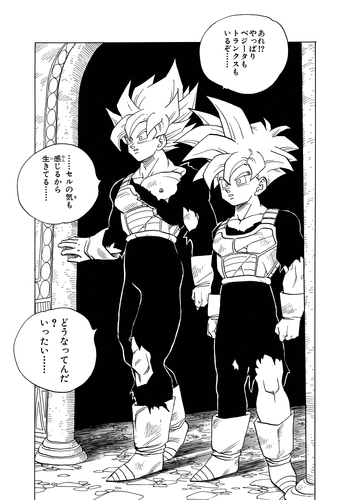 During the Cell Games, Goku shows incredible faith in his son's abilities by insisting that Gohan fight second, right after himself.
He initially refuses to fight Cell, as even though he knows that setting his rage free is the key to unlocking his true power, something is holding him back from doing so. 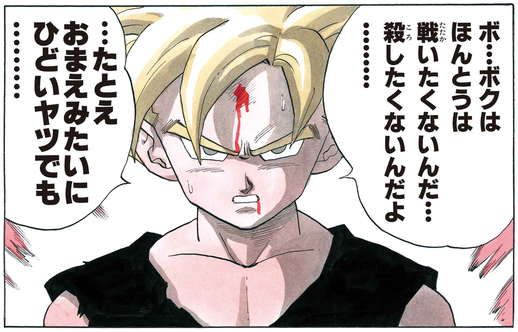 Wanting to fight Gohan at his full power, Cell tries to draw out his rage by creating a swarm of Cell Jrs. to attack his friends.
However, even witnessing his allies overwhelmed and suffering in pain before his very eyes, Gohan is still somehow unable to let out his rage and continues to struggle. 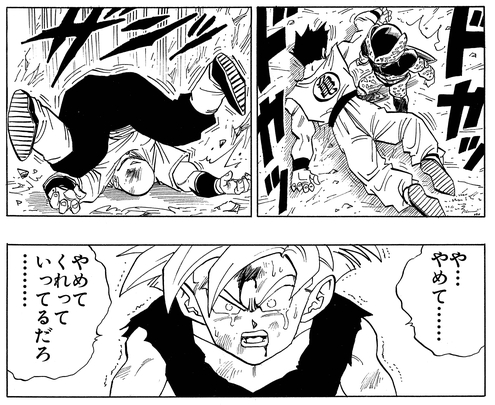 Android 16, who Gohan had recently befriended, becomes the next target of Cell's sadistic game. Seconds before being destroyed, the kind-hearted Android imparts his final words onto Gohan: "It's not a crime to fight for good. The wild animals and the forests I loved... Don't let them be destroyed... Protect them for me..."
Something changes inside Gohan the moment he hears this, and as Android 16 is destroyed by Cell, his rage is finally released all at once in an explosion of power!
He then uses his fearsome true strength to take down all of the Cell Jrs., saving his remaining allies. 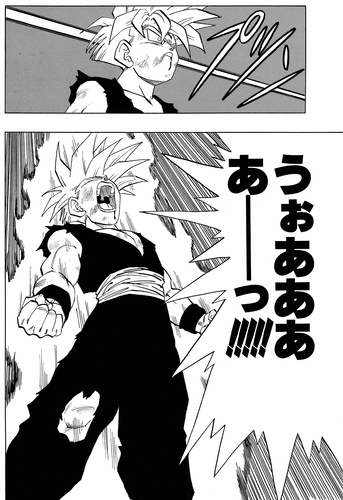 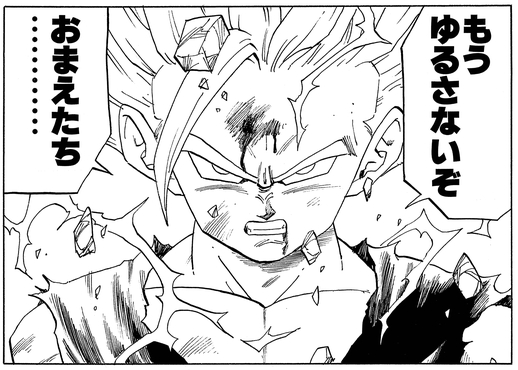 Cell is able to attain his full power as well, but the evil Android suffers heavy damage at the hands of Gohan with two devastating punches. He then threatens to blow away the entirety of Planet Earth with a colossal Kamehameha, but Gohan is able to cancel it out with an astonishing Kamehameha of his own and save the planet from destruction.
Goku calls out to Gohan, telling him to finish Cell off while he has the chance, but the furious young warrior chooses instead to continue toying with him. 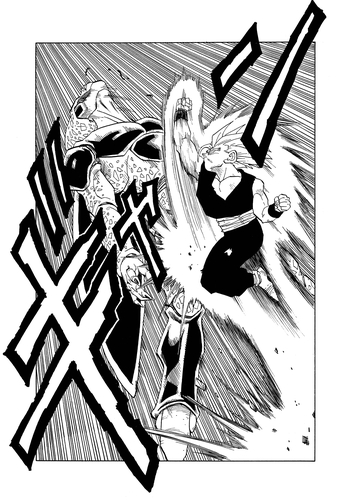 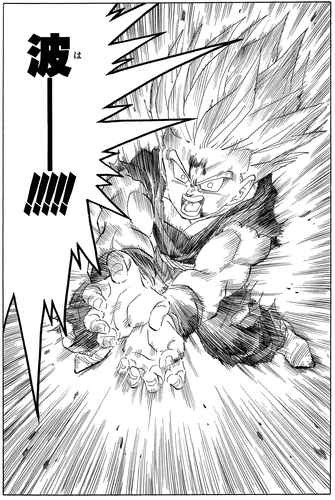 Left with no other option, Cell attempts to self-destruct and take everyone as well as the entire planet down with him.
However, Goku intervenes at the last second and sacrifices his own life to save Earth and the others by using his Teleportation technique to transport both Cell and himself to Kaio's Planet, where Cell finally detonates.
Gohan is distraught, knowing that if he'd only finished off Cell earlier when Goku told him to, then none of this would have happened, and his father would still be alive. 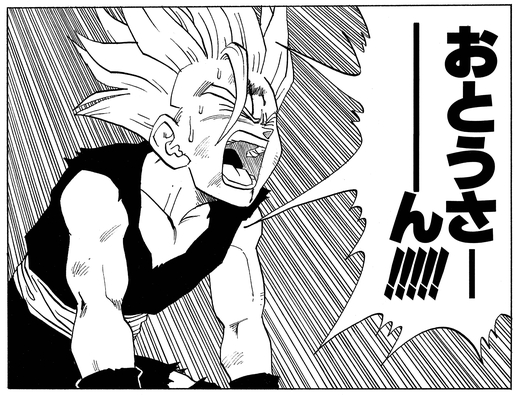 The battle was not over yet, however, as Cell manages to regenerate his body and return to Earth even stronger than before.
He launches a vicious attack against Vegeta, which Gohan stops at the cost of a grievous injury to his left arm. Just when it seems that all hope is lost, Goku's voice rings in Gohan's ears from the realm beyond.
His words reignite Gohan's will to fight, and with Goku supporting him in spirit, he unleashes one final, tremendous Kamehameha upon Cell, finally obliterating every last trace of his body from existence. 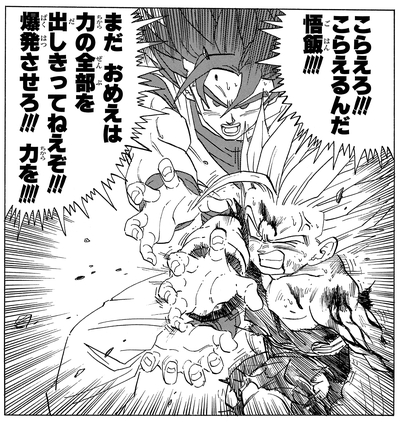 Super Saiyan
Through his training with Goku in the Room of Spirit and Time, Gohan became able to maintain his Super Saiyan form even while going about his daily life. 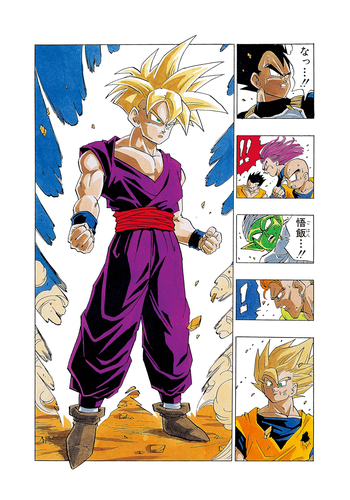 Super Saiyan 2
This is a form that transcends even Super Saiyan and causes bolts of crackling, lightning-like energy to race around the user's body.
Gohan attained this form after setting his inner rage free during his battle against Cell in the Cell Games. 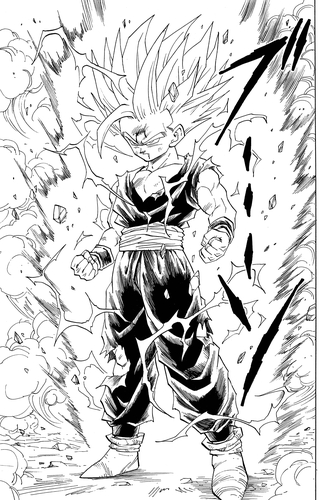 Kamehameha
An attack where the user concentrates their Ki into the palms of their hands in a specific pose before unleashing it all at once.
Gohan was able to use a Kamehameha to deflect Cell's enormous Kamehameha that threatened to destroy the Earth. 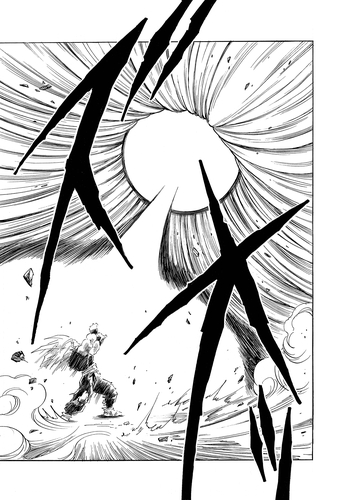 Gohan was also able to perform a Kamehameha with only his right arm to defeat Cell with the support of Goku sending his power from beyond. 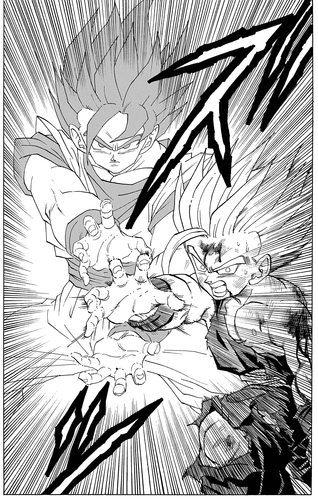 Gohan fought against Cell while wearing the same clothes as Piccolo!
Since Gohan's battle armor was worn down to its last threads during his training in the Room of Spirit and Time, he asked Piccolo to make him a new outfit that looked just like his!

→Preview: Next week's character is someone who Gohan looks up to!