The Weekly ☆ Character Showcase is an article series where we introduce one character from the Dragon Ball universe each week. This time we're looking at the reformed demon who trained Gohan himself, Piccolo! 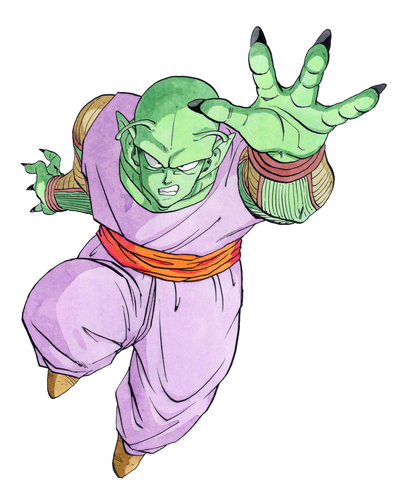 As the Great Demon King Piccolo was on the verge of death, he spat out an egg, and from that egg hatched the Piccolo we're covering in this installment. Growing up alone, he had one thing on his mind: exacting his vengeance on Goku! To that end, he underwent intensive training before entering the 23rd Tenkaichi Budokai tournament, where the two warriors' fated encounter took place.

Years after the tournament, the evil Saiyan Raditz came to Earth, where he encountered Piccolo. Despite the Namekian unleashing a powerful Explosive Wave at point blank range, it had absolutely no effect, leaving Piccolo frozen in fear. 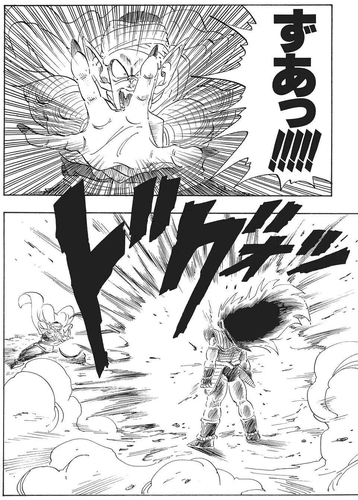 The unthinkable happened when Goku and Piccolo agreed to form a temporary alliance in order to defeat Raditz. However, their combined efforts still proved to be no match, and the invading Saiyan warrior even managed to dodge Piccolo's newest technique: the Makankosappo (Special Beam Cannon)!

Gohan became enraged at seeing his own father being hurt and launched himself headfirst into Raditz, cracking his armor and weakening him just enough for Goku to lock him in a nelson hold. This gave Piccolo the chance to fire a second Makankosappo, which pierced and killed both Raditz and Goku. 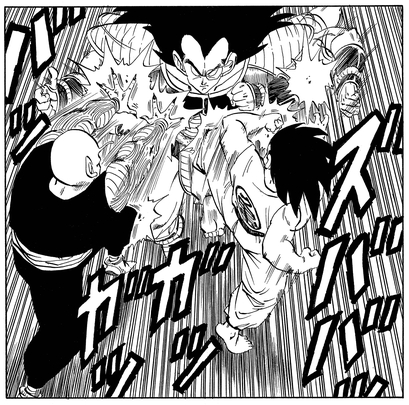 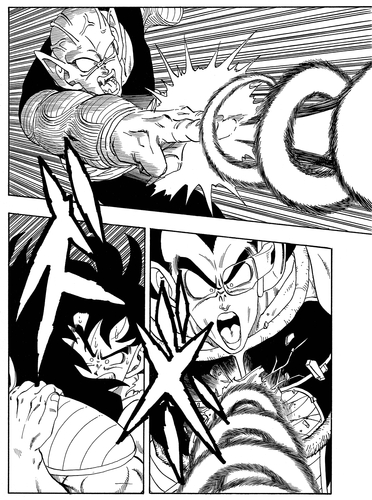 Before his life came to an end, Raditz informed Piccolo that two far more powerful Saiyans were on their way to Earth. In order to face the incoming threat, Piccolo took Gohan and decided to train him over the following year.

He took the young boy to a deserted area and left him to fend for himself for six whole months. Despite regarding the blubbering Gohan as a brat, Piccolo always made sure to keep an eye on him from afar, and in a rare display of kindness, quietly left some apples for the starving young half-Saiyan to eat. 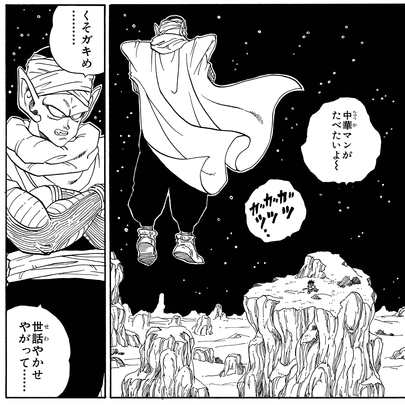 One night, Gohan transformed into a Great Ape under the light of the full moon, leaving Piccolo to resort to the most extreme measures possible: blowing up the moon itself! And just to be safe, he yanked Gohan's tail off and gave him a new uniform emblazoned with the demon clan's symbol. 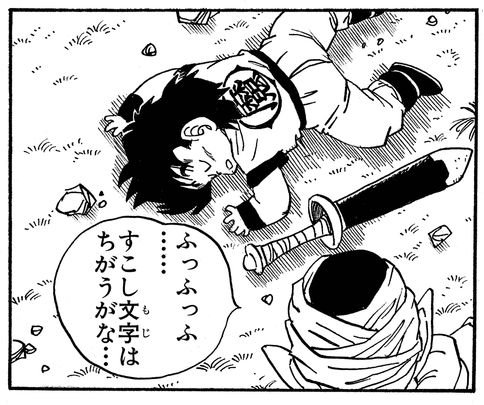 After Gohan managed to survive on his own for six months, it was time to thoroughly train him one-on-one for the remaining six. 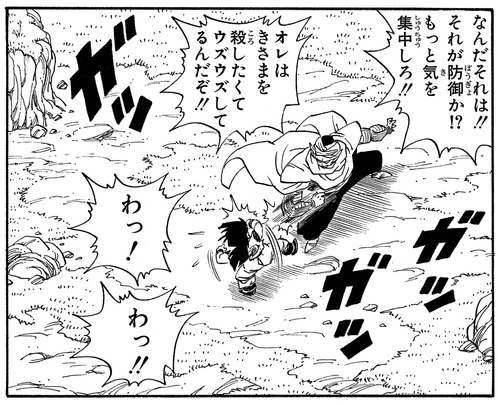 At last, the day of reckoning had come: Vegeta and Nappa landed on Earth.
The Saiyan duo grew fearsome creatures known as Saibaimen from the soil in order to test the Z Fighters' power. When one of them lunged at Gohan, Piccolo made quick work of it! 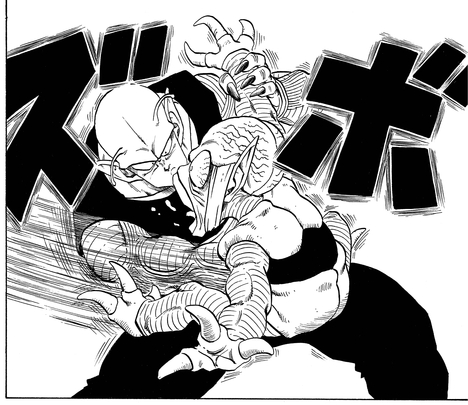 Having seen how powerful the brutish Nappa was, Piccolo came up with a strategy to grab the Saiyan's weak point: his tail. However, both of the invading Saiyans had strengthened their tails for just such an occasion, which left Piccolo open to a devastating blow to the head. 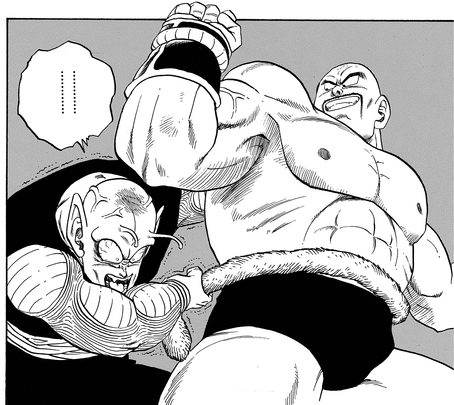 Nappa made Gohan his next target but found himself taken by surprise when the newly trained warrior landed a solid kick to his head. This sent Nappa flying into a rage and he launched a powerful blast meant to kill the small boy, but Piccolo stood in its way and took the attack instead, sacrificing his life for that of his bitter rival's son! 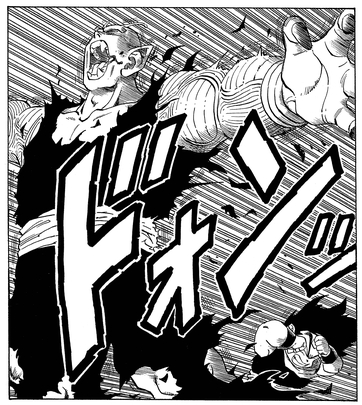 He overcame the pure evil in his heart!

Piccolo's other half, Kami, realized that this Piccolo was not as sadistically brutal as his predecessor. As proof of this, Kami notes that when someone is killed by a demon, their soul is ordinarily doomed to drift aimlessly in space, never able to cross over and never finding peace. However, after being killed by Piccolo, Raditz's soul was not condemned to this fate and was instead sent to the underworld. 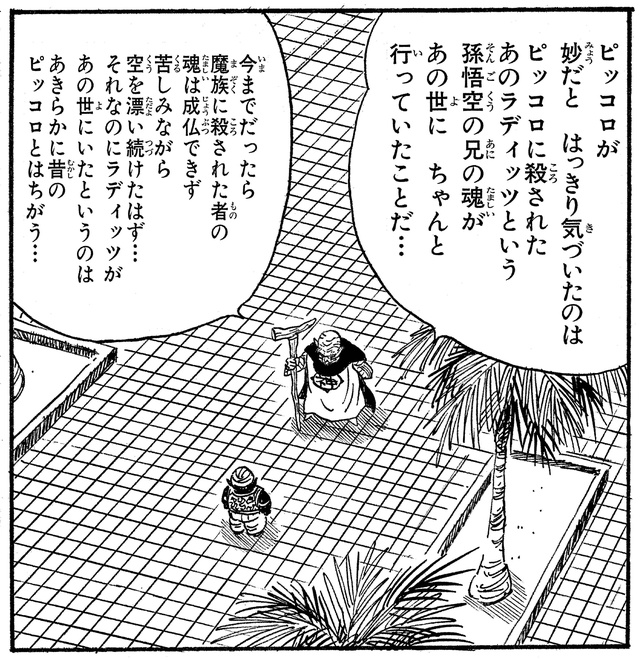 Even Goku and Gohan both realized that Piccolo was not as wicked as he was before.

→ Next week's character is a certain Namekian’s beloved student!