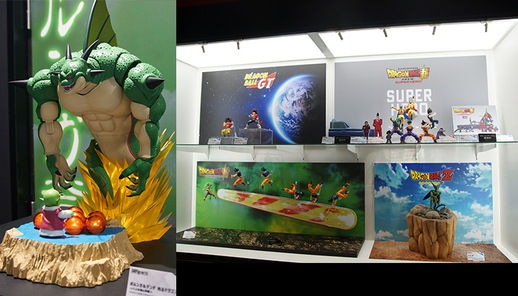 The world's only TAMASHII NATIONS flagship store reopened its doors to the public on June 23 as TAMASHII NATIONS STORE TOKYO! To commemorate this reopening, the S.H.Figuarts Party event is being held from June 23 (Thurs) to July 24 (Sun)!

TAMASHII NATIONS is a brand encompassing a vast lineup of products, including the S.H.Figuarts series, under the BANDAI SPIRITS Collector's division. Since the newly reopened TAMASHII NATIONS STORE TOKYO has so many amazing Dragon Ball figures on display, we sent our site staff there to do a little reconnaissance! 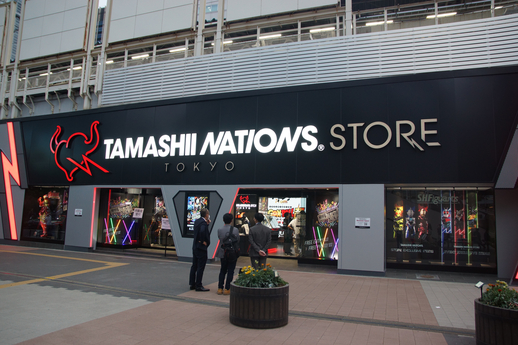 The store is located just 1 minute from the Electric Town exit at Akihabara Station in Tokyo! But this isn't the same store as before—now it's three times bigger thanks to the renovation! 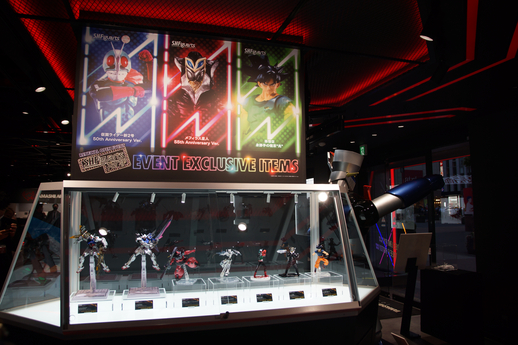 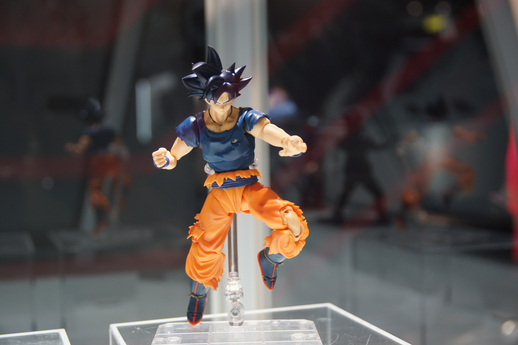 The inside of the store has a cybernetic aesthetic, and the first character that stood out was none other than S.H.Figuarts Ultra Instinct Goku -Sign-! This figure gets all the characteristics of -Sign- down perfectly, including the trademark dark blue hues in his hair and the focused, intense expression on his face. The torn clothing that he sported in the original series is also replicated down to the last detail, making for a truly divine figure to add to your collection!
Customers can enter a drawing to purchase this or one of the other exclusive figures seen here celebrating the S.H.Figuarts Party event! 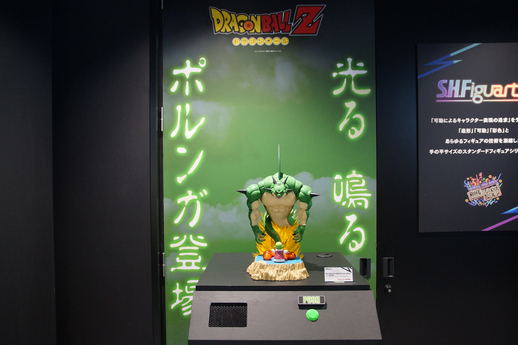 Next, we came across a huge figure display of Porunga and Dende! These figures isn't on sale yet, but it's displayed here so you can see what it look like for yourself! It was great to get a sneak peek! 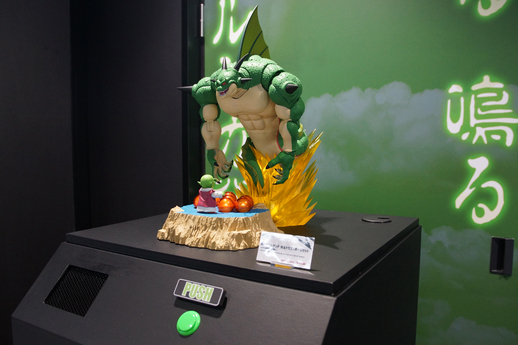 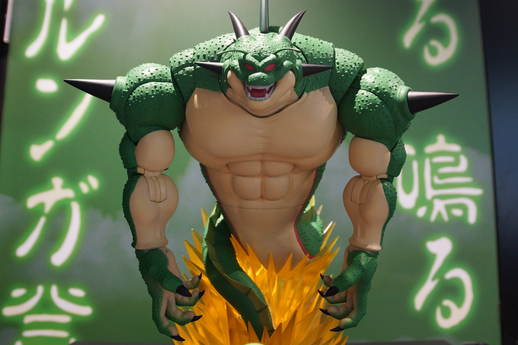 You might not believe this, but not only does Porunga light up, he talks! After I pushed the button near him, a booming voice said, "You may state your wish!" He has other phrases that he'll say with each push of a button, so you can hear him say a wide variety of lines. 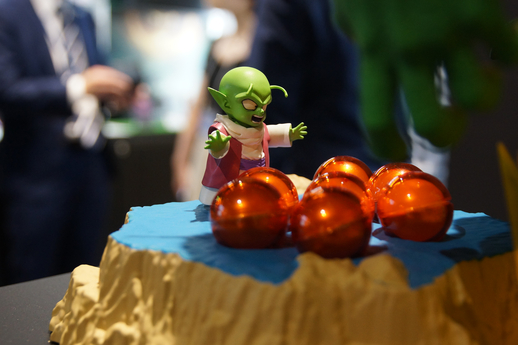 I was having so much fun hearing Porunga talk, so imagine my surprise when I suddenly heard Dende speak after pushing the button! Naturally, he recites the ritual to summon Porunga in his native Namekian, but he also says other lines, such as "We did it!" He might be the Kami of Earth, but his sculpting and voice is truly angelic!

The Latest Figures in the S.H.Figuarts Series! 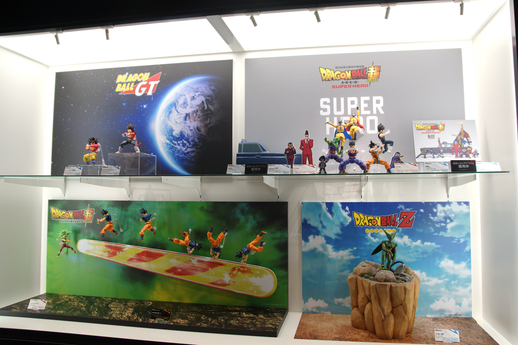 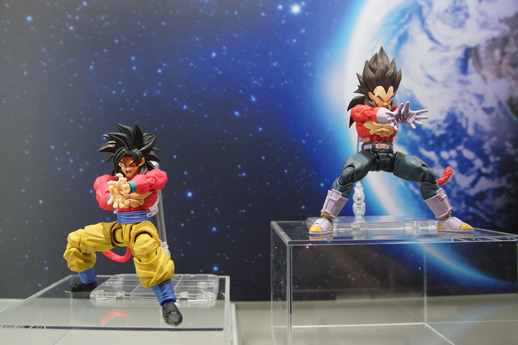 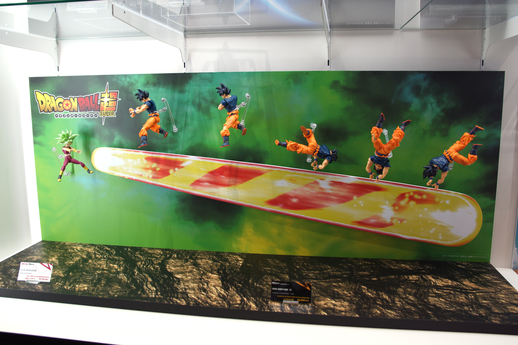 In addition to Porunga, the S.H.Figuarts series has a whole host of new figures from Dragon Ball to check out! You can enjoy how each and every character's characteristics have been brought to life at this exhibit. 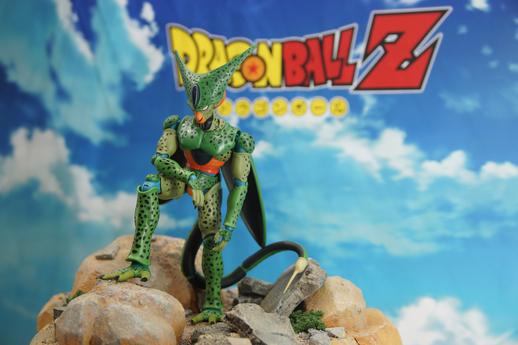 Here's S.H.Figuarts First Form Cell, who's coming to a store near you in April! He looks so cool standing atop this rocky diorama! You can even move and position his wings and tail, so I'm sure a lot of fans out there are looking forward to getting their hands on one to see everything it can do! 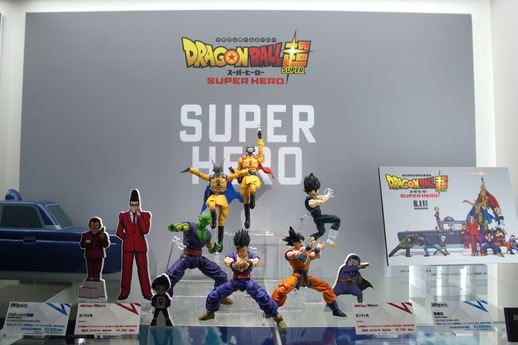 There's even a collection of figures from the smash-hit movie Dragon Ball Super: SUPER HERO, all faithfully replicating their respective poses from the first key visual that was released last year.

Just in case you missed it, there's an article here on the Official Site with the person in charge of planning for the SUPER HERO figure series. It goes into detail about how much attention was paid to all the minute aspects of these figures, so be sure to check it out from the related articles section below! 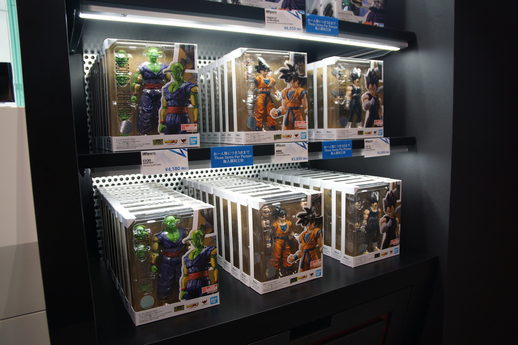 And you can do more than just look at all these amazing figures! There's also an area of the store where you can purchase S.H.Figuarts products that are currently available, including Vegeta SUPER HERO, which went on sale June 18. 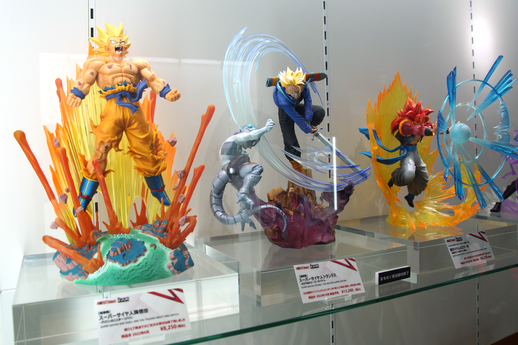 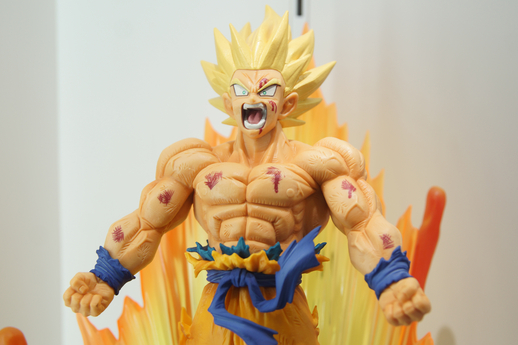 Finally, you can see a display of three-dimensional figures of your favorite characters with stunning effects from Figuarts ZERO! The size and volume of these figures is truly overwhelming to witness in person, especially when you get up close and see all the incredibly intricate details they were molded with!

The S.H.Figuarts Party event is running until July 24, however there will be displays for even more amazing new products after it's over, so make sure to pop in for this and other upcoming events!