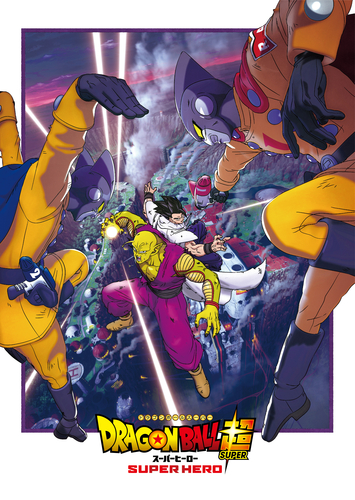 A star-studded panel discussion for the new movie Dragon Ball Super: SUPER HERO will take place at this year's Comic-Con International, a convention event that celebrates comics and other pop culture phenomena!

Comic-Con International will be held at the San Diego Convention Center from Thursday, July 21, to Sunday, July 24 (local time).

The Dragon Ball Super: SUPER HERO panel discussion will be held on Friday, July 22. In an incredible collaboration between East and West, both Toshio Furukawa (the Japanese voice actor of Piccolo) and Christopher R. Sabat (the English voice actor of Piccolo) will be taking to the stage alongside executive producer Akio Iyoku and producer Norihiro Hayashida to talk about the film! And if that wasn't awesome enough, attendees of the event will also be treated to an exclusive look at the first 20 minutes of the movie, so you definitely don't want to miss out on this one!!

While you're visiting San Diego for the con, you might even run into Goku and friends while you're out and about! Buses from the San Diego Metropolitan Transit System have been wrapped in special Dragon Ball Super: SUPER HERO designs, so keep an eye out for them!!

More details about Comic-Con International will be published here on the Official Site in the days to come! Stay tuned!!