The app game Dragon Ball Legends is currently holding a special guild season event called "The Universe's Strongest Guild Ultimate Brawl 4th ANNIVERSARY"!
Aim for the top in the Overall Rankings as well as the Battle, Active, and Collector categories to get an exclusive event-limited title as a ranking reward!!
Plus, compared to other guild seasons, each type of reward has been given a special powerup!
Not only are there double the amount of Guild Coins in the season rewards, but clearing guild missions yields an unbelievable 10x the amount of Guild Coins!
Work together with your fellow guild members, gather tons of Guild Coins, and exchange them for awesome rewards!

Tournament of Power #31 Is On! 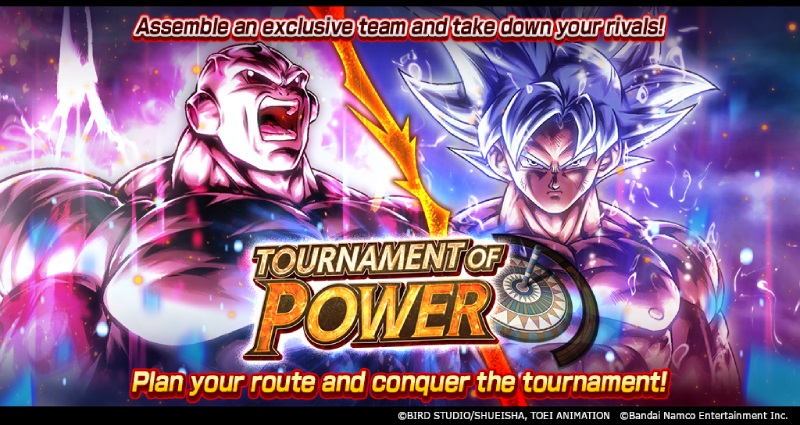 Form a team of 6 fighters and face off against rival teams on the map! Compete against other players around the world for the highest Battle Score to get great rewards at the end of each season!
Plus, those who defeat the Boss lurking at the end of the map will be rewarded with Chrono Crystals!

Collect Special Medals and Exchange Them for Amazing Items!

ZENKAI Ultra Space-Time Rush is a mode where you put the power of your entire roster of characters to the test against enemy after enemy in battle!!
As you clear stages and their trials, you'll rack up points that earn you Rush Medals and ZENKAI Rush Medals, which you can then take to the exchange shop to trade for Awakening Z Power for a range of characters and other great items!
This mode doesn't cost any Energy to play either, so you can take on the Rush as many times as you need to in order to achieve the maximum point score and obtain all the rewards!