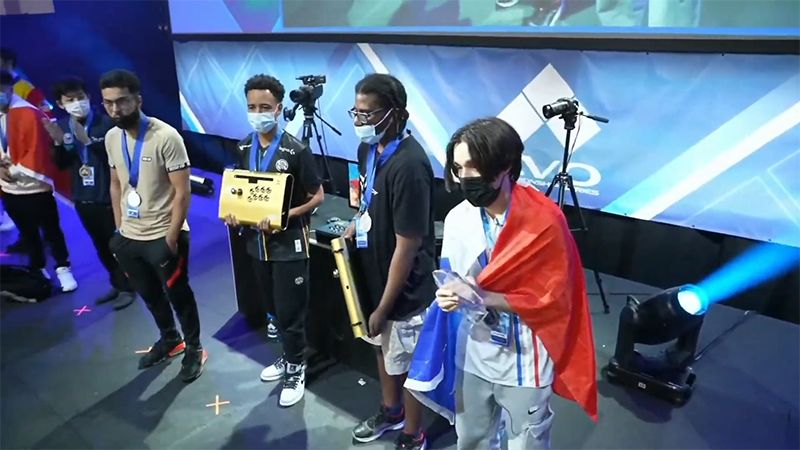 The world's biggest fighting game tournament, Evolution Championship Series (herein "EVO"), was held from August 6th to 8th (August 5th to 7th local time) this year in Las Vegas, USA. This year marked the first time in three years that the tournament was able to be held in person, and things got just as heated as you'd expect! In this article, we'll be highlighting some of the amazing matches that were held in Dragon Ball FighterZ!

The New Season of the Dragon Ball FighterZ World Tour Kicks Off!

EVO was cancelled in 2020 in light of COVID-19 and was conducted online in 2021, making this year the first time the world's biggest fighting game tournament had been held live and in person in three years! As you can imagine, the event hall was packed with excited fans eager to see some incredible matches. 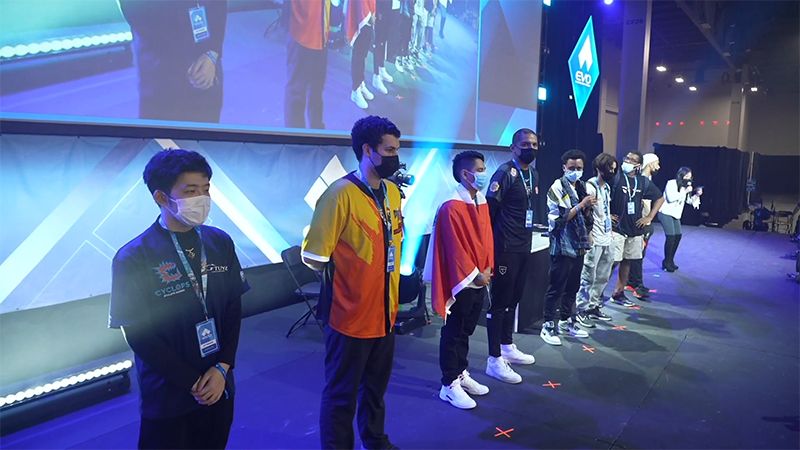 The top 8 competitors. This lineup comprises players from around the world who won the right to represent their countries in the World Championship, including Wawa from France, who won straight victories at the Dragon Ball FighterZ World Championship 2021-2022 held in July.

In other words, for players seeking to be the best in the world, EVO is an incredibly important tournament. The top players in this tournament will find themselves far closer to their goal of competing in the finals of the World Tour.

Who Will Claw Their Way out of the Gruelling Losers Bracket?!

Before we break down the battles that unfolded between these 8 skilled competitors, we should give a quick summary on how the rules at the EVO tournament work.

EVO is a double elimination-type tournament, which means that any player who loses twice is eliminated. In other words, even if a player loses once, there's still hope that they can turn things around! 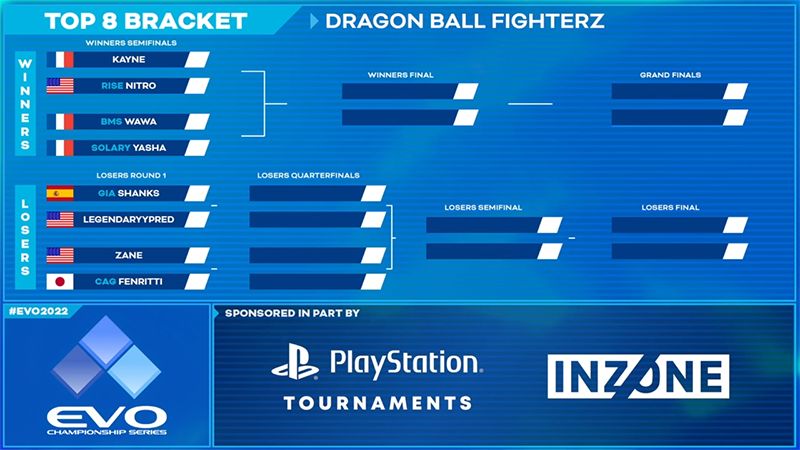 The Top 8 tournament board. If a player in the Winners bracket loses a match, there's still a chance they can win the tournament, but they'll have to win multiple matches in succession in the Losers bracket to do so.

Dragon Ball FighterZ matches consist of three-on-three fights. Characters on standby can provide assists during battle, so it's important not to let any of your characters get defeated. Players can also use a special power-up called "Sparking Blast" once per round, the timing of which can turn the tides of battle.

Who will be the first to lose a fighter?
When will they unleash a Sparking Blast?

These are the two main aspects to focus on when spectating fast-paced bouts in FighterZ!

We'll start with the Winners bracket tournament, which saw Wawa and Yasha from France face off against each other.

Wawa has shown his formidable skills throughout the Dragon Ball FighterZ season, and Yasha is widely known as France's top player. With their distinguished records, either of these competitors could be considered a favorite to win the tournament. 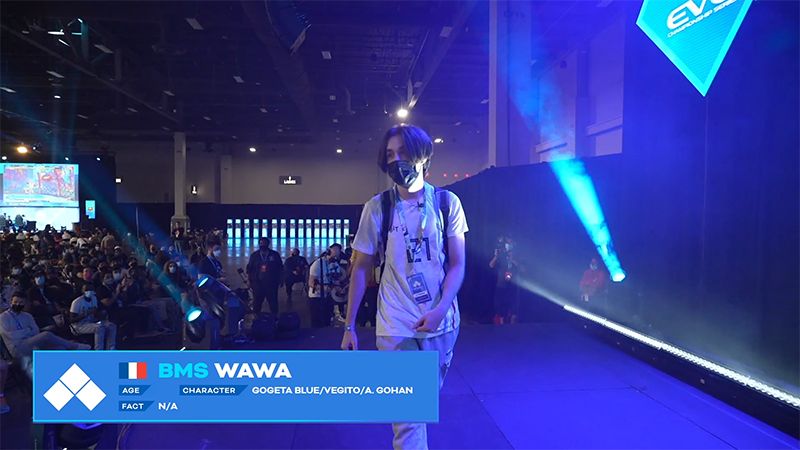 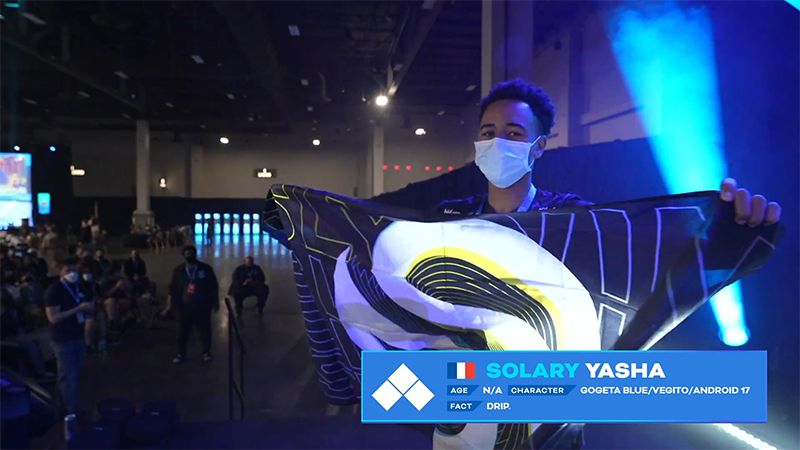 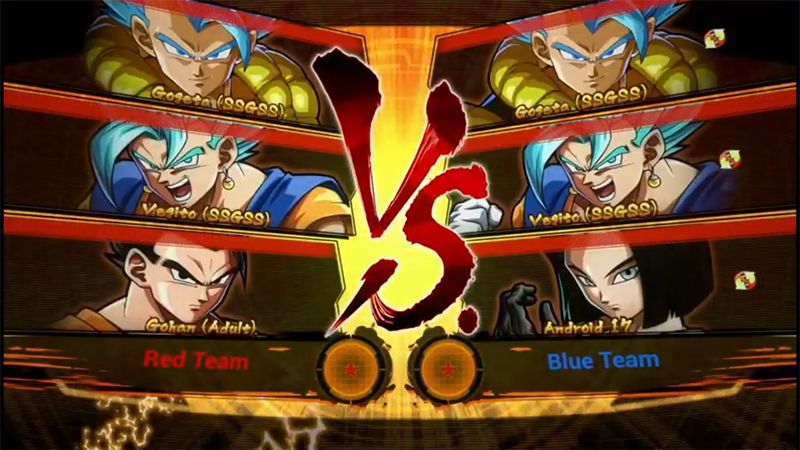 These are the teams Wawa (Red Team) and Yasha (Blue Team) chose. Yasha is the only Top 8 player at EVO to use Android 17, and he's well known for making ample use of the character's assist during battle. Meanwhile, Wawa likes to use a variety of characters, but in recent times he's settled on these three and shored up his strength and consistency. 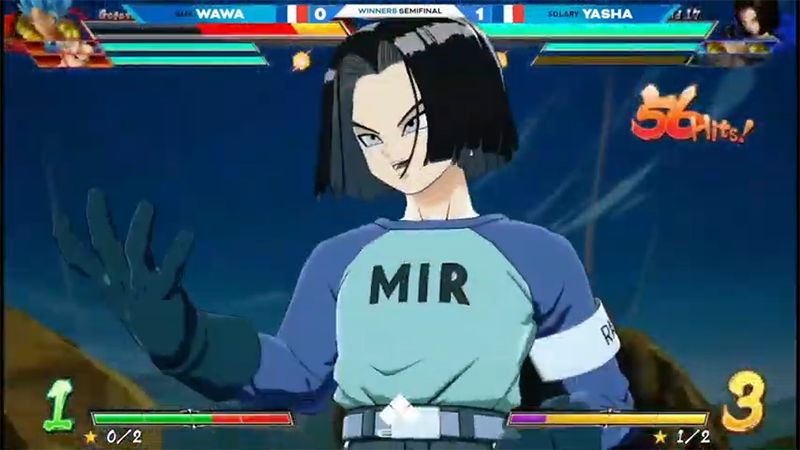 In this best 2 out of 3, Yasha won the first match, putting him in position to claim victory. He then utilized Android 17's assist to defeat one of Wawa's characters in the second match. 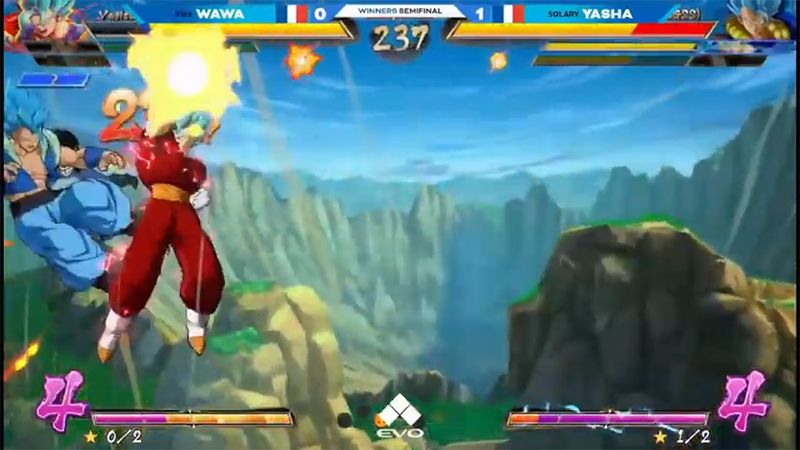 However, within the first minute of the second match, Wawa's Vegito (SSGSS) was able to strike back against Yasha's Gogeta (SSGSS) and his assisting Android 17, defeating those two characters in the blink of an eye! It goes to show how quickly things can change in this game! 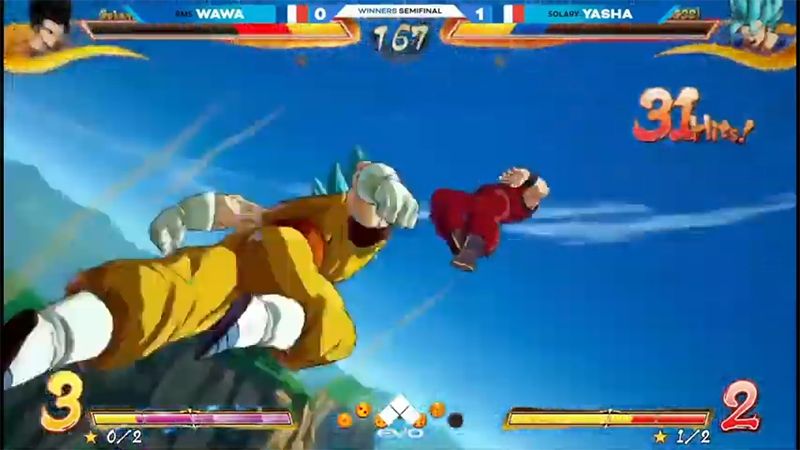 With only Vegito remaining, Yasha used Sparking Blast and launched his counterattack! Both players found themselves running dangerously low on health, and a fierce battle for supremacy broke out that saw Yasha emerge victorious. 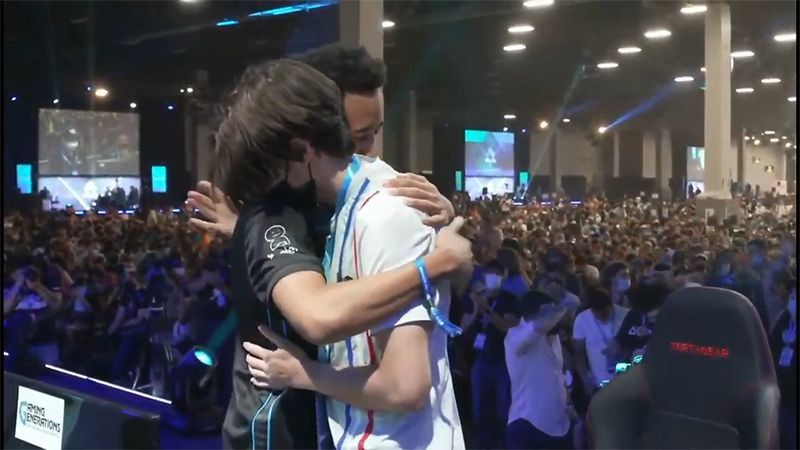 Yasha (left), who pulled off a stunning victory, and Wawa (right).

Hailing from Japan, the country that created Dragon Ball FighterZ, Fenritti came all the way to the United States to compete. As a player who's particularly skilled at combos, he's consistently placed in the top rankings at EVO and the World Championship. 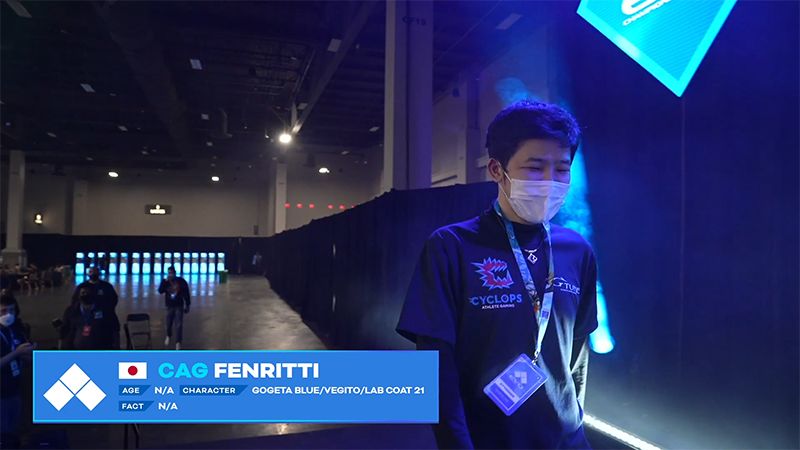 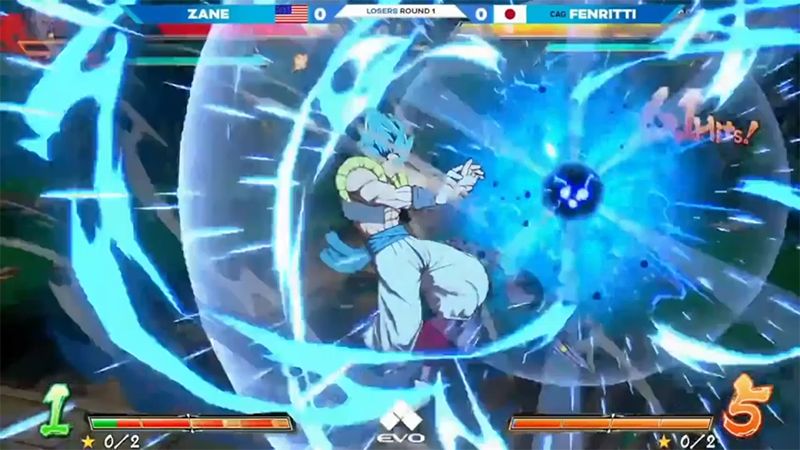 Fenritti used Sparking Blast right from the get-go to take out one of his opponent's characters. He ended up winning his fight against Zane from the USA 2-0. 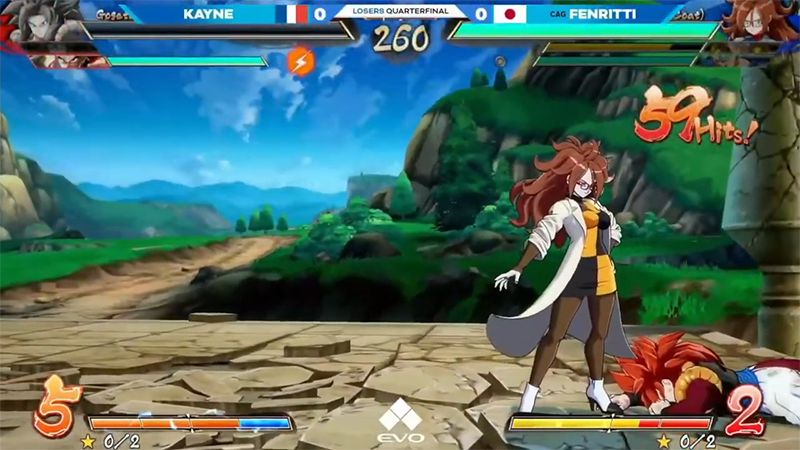 Continuing on to his second battle, Fenritti took out two of his opponent's characters in just 40 seconds! However, he ended up on the receiving end of a monstrous assault from his opponent, Kayne, which cost him two of his own characters and eventually the match as a whole. It only takes an instant for someone on top to suddenly be put on the back foot in Dragon Ball FighterZ!

Who Will Claim the Title?! Nitro VS Wawa!!

At last, the final match of the night was at hand! The USA's Nitro was to face off against Wawa, who had tenaciously battled his way out of the Losers bracket.

Nitro, on the other hand, had won two straight victories in the Winners bracket for a clean sweep to the grand finals! 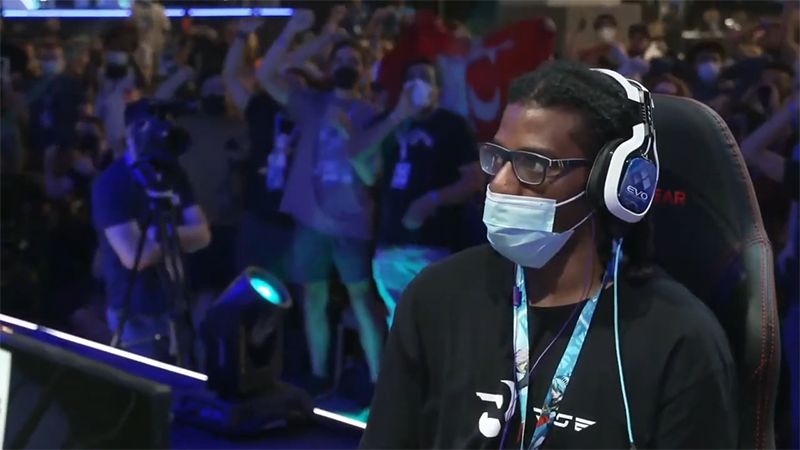 Nitro watching a match. Born in the same country EVO is held, this American pro-gamer managed to make it to the grand finals with two straight victories, putting him in a very advantageous position. Even though it was already past 1:00am, the enthusiasm in the stadium didn't die down in the slightest. 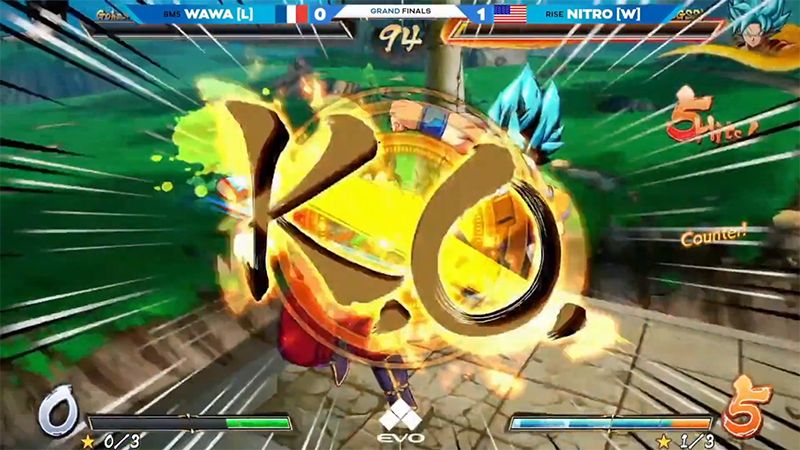 The grand finals is a best 3 out of 5 slugfest. However, Wawa was at a huge disadvantage. Since he lost to Yasha earlier, he would need to best Nitro in a 3 out of 5 competition not once, but twice! Nitro, meanwhile, only needed to claim victory once. Things were looking grim for the French competitor when Nitro took the first two matches with his team of Android 21 (Lab Coat), Goku (SSGSS), and regular Android 21, putting him within an arm's reach of winning the tournament! 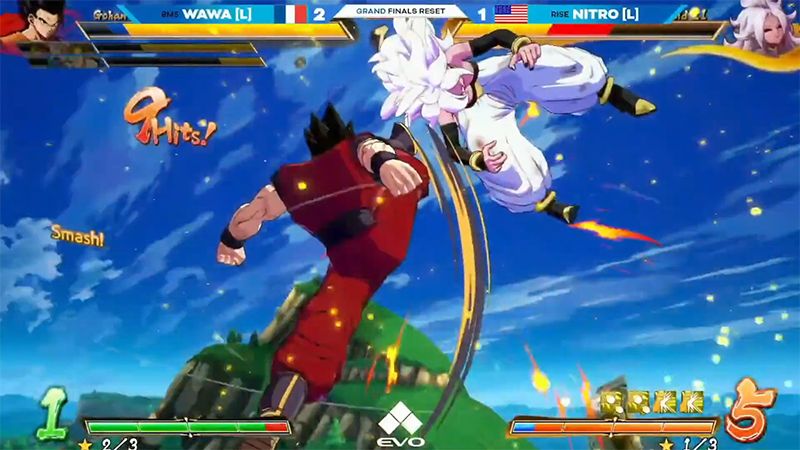 With his back against the wall, Wawa was able to utilize Adult Gohan's Super Attack, Potential Unleashed, which is a powerup that makes attacks become more powerful and changes his combos with each increasing level, up to level 7. This proved to be a winning strategy, and Wawa managed to win the bout 3-2! However, he would need to accomplish the same feat a second time to win the tournament. 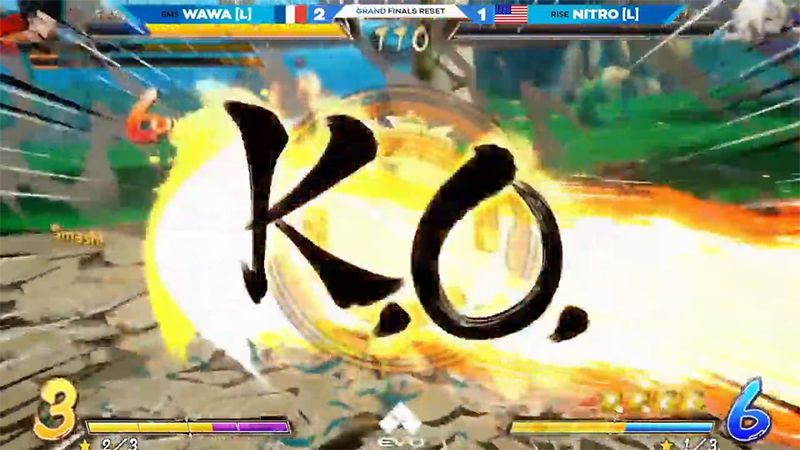 In the final battle, Wawa unleashed Adult Gohan's potential once again, winning multiple matches until finally finishing his opponent's last character with Gohan's iconic Masenko! With a final result of 3-1, Wawa took the title at this year's EVO! 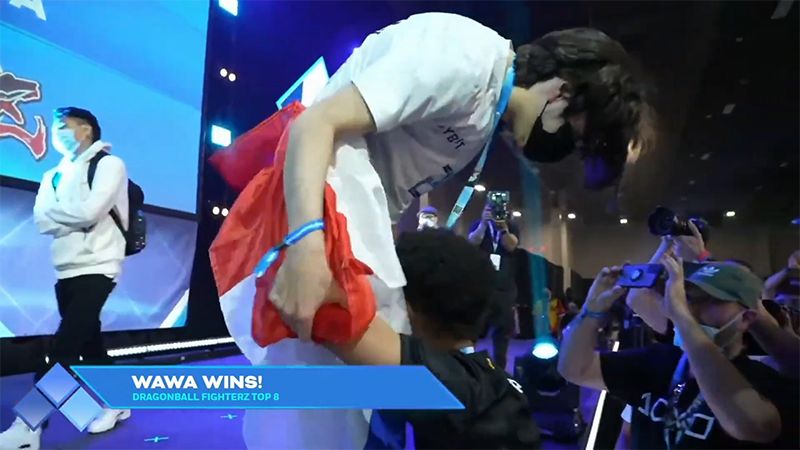 Yasha even congratulated his fellow countryman on his amazing victory. 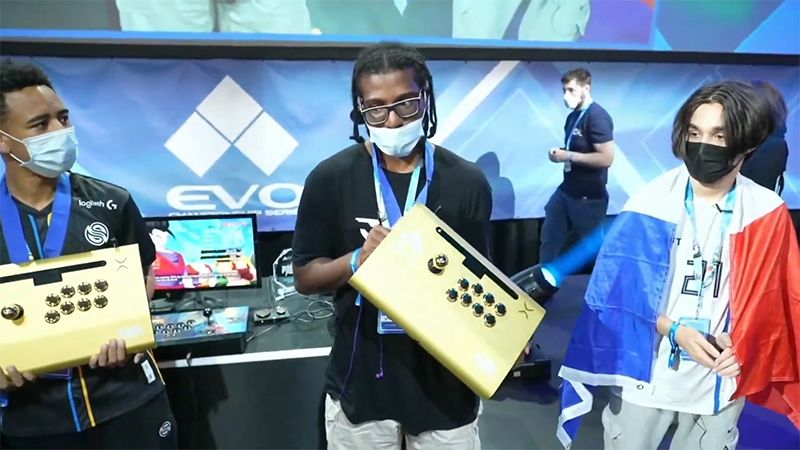 After the awards were handed out, the game's producer, Tomoko Hiroki, announced that rollback netcode is coming to next generation consoles. This feature was one highly requested and anticipated by fans, so its announcement was met with thunderous cheers and applause throughout the venue! 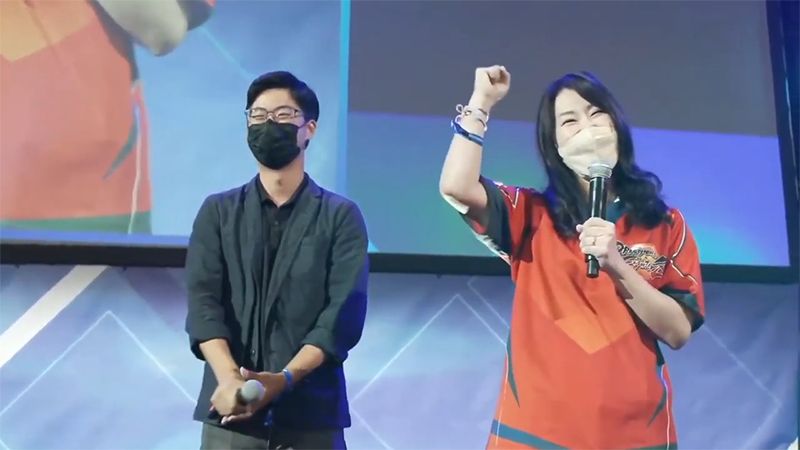 For those who don't know, when you play an online match with rollback, the game will predict your button inputs a fraction of a second early based on your offline play patterns and show that action being performed on-screen. This artificially reduces connection latency and allows you to execute inputs in an online battle with almost the same speed and reactiveness as offline gameplay!

The latest info will be announced on the official Dragon Ball console game Twitter account (@dbgame_official), so stay tuned!!

The tournament entry sheet on the DRAGON BALL FighterZ Esports Tournament Portal is online!
Check the URL below for details on how to sign up, how to host a preliminary TENKAICHI event, and more!