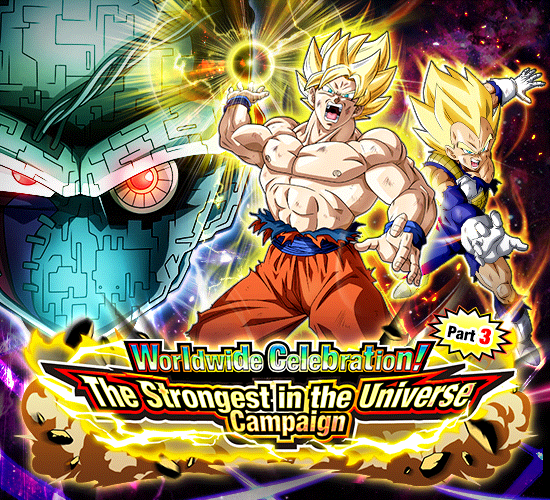 Part three of Dragon Ball Z Dokkan Battle's "Worldwide Celebration! The Strongest in the Universe Campaign" has begun! Read on for a taste of what to expect in-game!

Work with Players Around the World to Complete Missions!!

"Destroy the Big Gete Star! Worldwide Co-Op Campaign" is on now! Each time all players combined are able to clear a certain number of missions, the co-op mission rank will increase, giving everyone access to even greater rewards! The final mission rank even features awesome rewards like Dragon Stones and a wallpaper! Join forces with fellow players around the world and rescue New Namek from certain destruction at the hands of the Big Gete Star!

A new Extreme Z-Battle is underway! Once you reach a certain level in this event, the enemy Cooler will gain access to a new skill and become even more powerful!! However, Cooler is weak against Super AGL type characters and those with the Exploding Rage category, so be sure to put together a team packed full of them! The Awakening Medals this time can be used to Extreme Z-Awaken [Extreme Ultimate Power] Cooler and [Magnificent Squadron] Thouser (Cooler's Armored Squad). Collect as many as you can and aim for Extreme Z-Awakening! 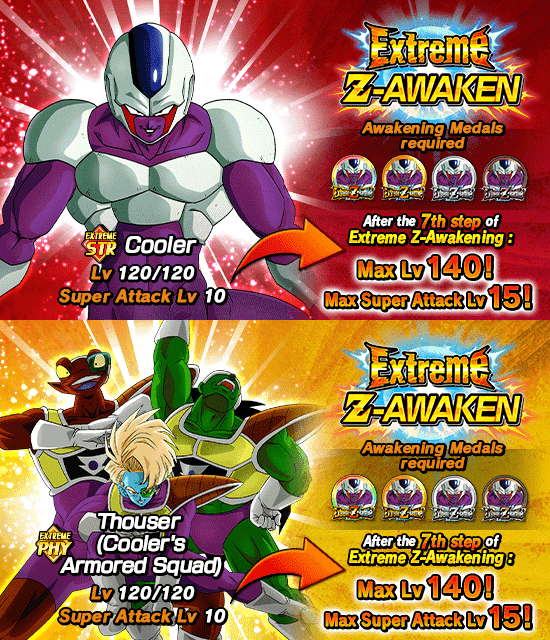 Tons of Events to Play! 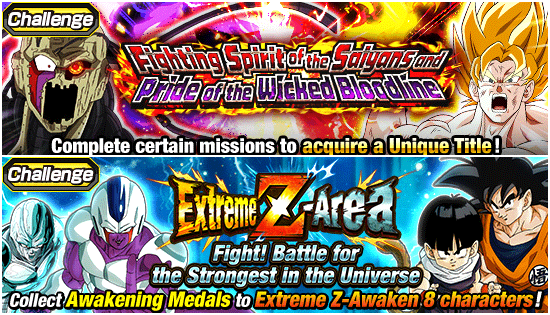 New stages added to the challenge event "Fighting Spirit of the Saiyans and Pride of the Wicked Bloodline", five newly Extreme Z-Awakenable characters in "Fight! Battle for the Strongest in the Universe", and more are available in-game right now!
There are also new stages in "Ultimate Red Zone [Wicked Bloodline Edition]", part three of the "Clash of the Strongest Rivals! '50' Special Summon Ticket Collecting Missions", and way more than we can cover here!
Blast into Dokkan Battle and enjoy this massive campaign to the very last!!