Welcome back to Dragon Ball-ism: Toriyama Showcase—the series where we discuss Akira Toriyama's various short stories and one-shot works. In today's installment we will be taking a look at the action/adventure manga "Kajika".

Approximately three years after the serialization of Dragon Ball ended, this highly anticipated manga appeared in Weekly Shonen Jump's special 30th anniversary issue. Toriyama apparently thought favorably of this particular work, commenting, "This manga might seem dull compared to Dragon Ball, but I personally like this kind of story."

We first meet the young Kajika when he uses his astounding physical prowess to save the life of a lizard-like animal. 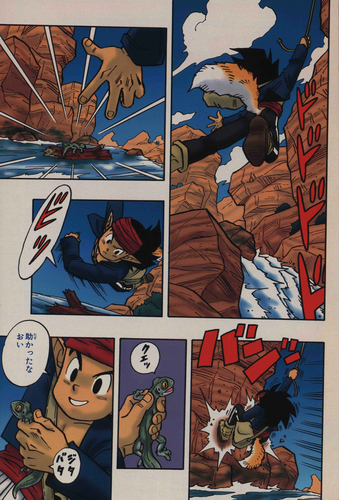 5 years prior, Kajika, a member of the Kawa Tribe, had been a very wicked child.
One day, he murdered a fox named Gigi, and in a final act of revenge, the spirit of the fox cursed Kajika and turned him into a being that was half-human, half-fox.
There was only way to remove this curse: to save one thousand lives!
The spirit of Gigi decides to accompany Kajika, and the two set out on a journey to save as many lives as possible.
Kajika also grows a tail as a result of the curse, which makes him look very similar to a Saiyan! 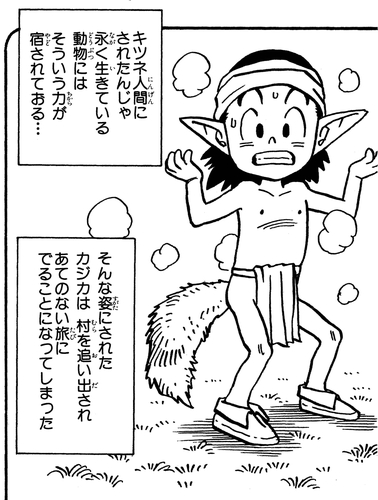 One day, Kajika's impeccable fox-boy hearing allows him to detect the distant sound of a girl being assailed by some ne'er-do-wells!
He quickly dispatches these baddies using one of the Kawa Tribe's mysterious techniques, the "Eagle Gale". 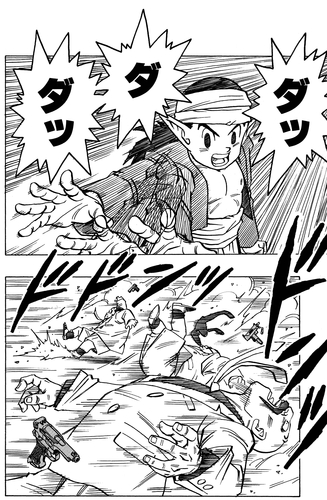 This long-ranged shockwave technique is just like the Ki attacks used in Dragon Ball! 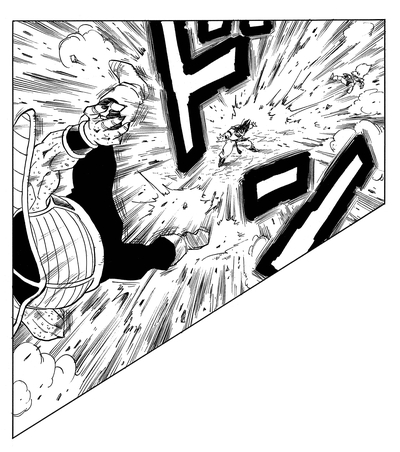 After being defeated, the villains are revealed to be henchmen of the Gibachi gang.
Kajika also learns that this gang is hellbent on stealing a dragon egg currently in the possession of Haya, the girl that he rescued.
Haya then tells Kajika that this dragon egg is the last of its kind, and that the leader of the gang, also named Gibachi, is having his henchman search for the egg because he believes that drinking the blood of a young dragon will grant him incredible powers. 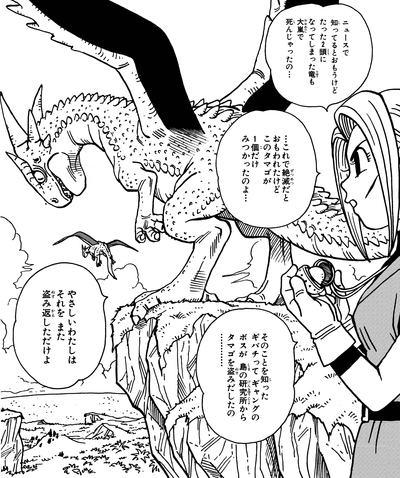 After witnessing Kajika's strength, Haya requests his assistance in returning the dragon egg to its rightful home.
The heroine's strong-willed nature seems to come out when she gets serious, and her intense way of speaking reminds us of a certain other fiery young lady from Dragon Ball! 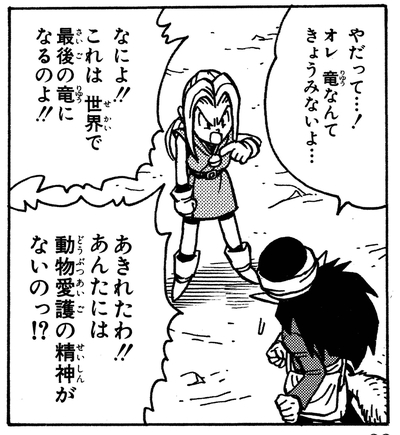 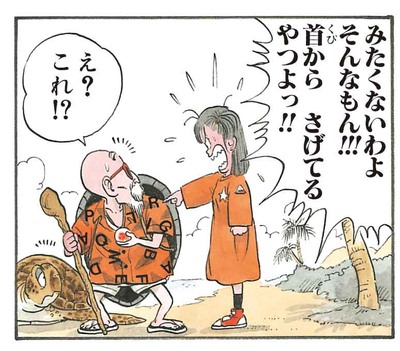 Kajika initially refuses, but in the end the two unlikely companions end up embarking on an adventure together.
They encounter various trials and tribulations during their travels, including Isaza, the number one assassin in the world, who has been hired by Gibachi to stop them dead in their tracks! This handsome killer looks a lot like the Red Ribbon Army's very own General Blue, and to make matters even worse, he is also a proficient user of Kajika's ace in the hole, the Eagle Gale technique!

Friend or foe?! Meet Donko, the fastest man in the world!
Donko is a money-hungry information broker whose smarminess rivals even that of Oolong! 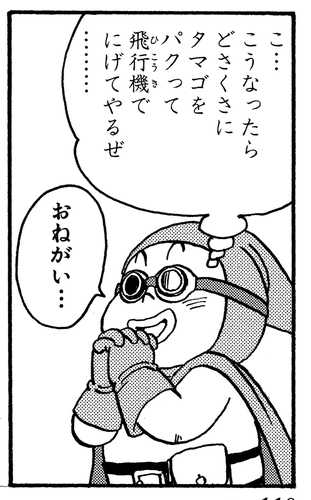 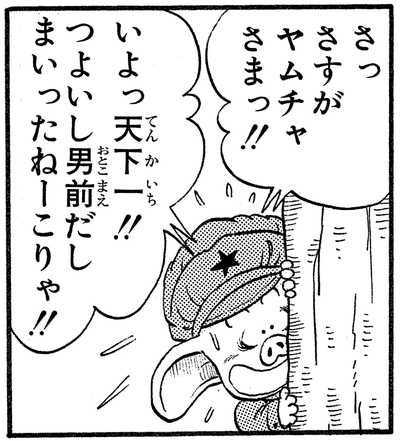 Kajika and Haya, Isaza and Donko... The names of all the characters in this story are actually puns on the Japanese words for different kinds of fish!
This kind of wordplay is one of Toriyama's trademarks, and you can find many similar name puns in Dragon Ball as well.
The battles in "Kajika" are no joke, however!
You won't want to miss the exciting final showdown where our titular hero takes on a formidably evil foe and finally unleashes his true power that had been long suppressed by Gigi's curse! 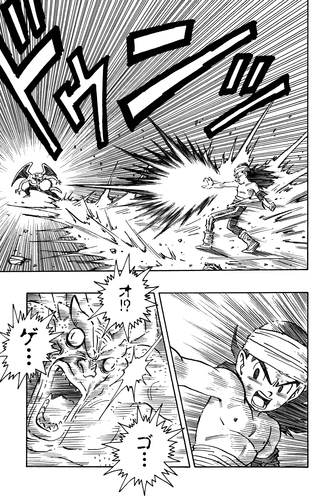 Will Kajika succeed in protecting the life of the dragon and saving its near-extinct race?!
Get yourself comfy, crack open a copy of the "Kajika" manga, and check out the thrilling conclusion for yourself!