The Weekly ☆ Character Showcase is an article series where we introduce one character from the Dragon Ball universe each week. This time, we're revisiting Chichi to review her role in the Great Demon King Piccolo arc! 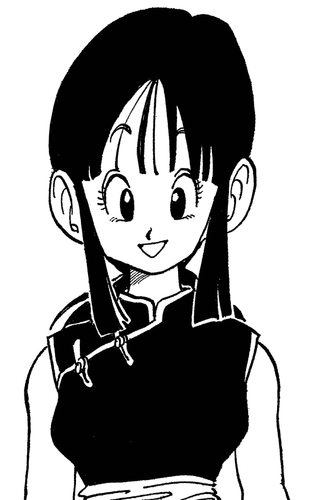 When Chichi first met Goku long ago while he was travelling to and from Fry-pan Mountain during his quest for the Dragon Balls, she made a promise with him to someday become his wife.
Now seven years later, Chichi is almost unrecognizable, having grown from a child into a young woman!
She becomes impatient of waiting for Goku to return for her hand in marriage, so she enters the 23rd Tenkaichi Budokai anonymously to confront him.
She even bumps into him at the staging area of the preliminary matches, but the young Saiyan seems to have no idea who she is, earning him a furious earful before she storms off! 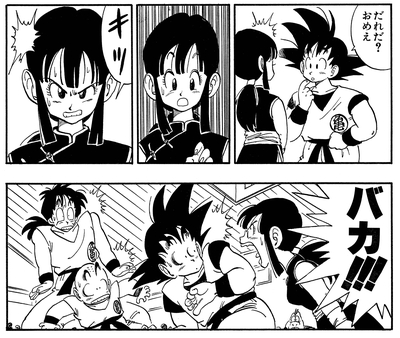 Chichi rises through the preliminaries and ends up facing Goku during the main event.
Indignant that Goku had completely forgotten his promise to marry her, she comes out swinging right from the word go with an astonishing flurry of attacks! However, she is defeated in the end via ring out when Goku uses a Shockwave to push her out of the arena. 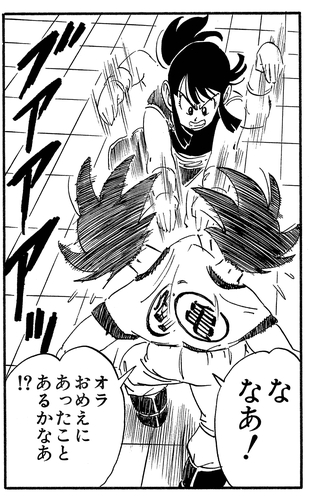 After their match, Chichi reveals her true identity to Goku and confronts him about the promise he agreed to seven years ago, to which he jovially responds right there that he'll make good on his word and take her hand in marriage! 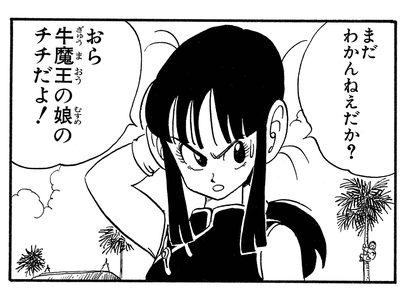 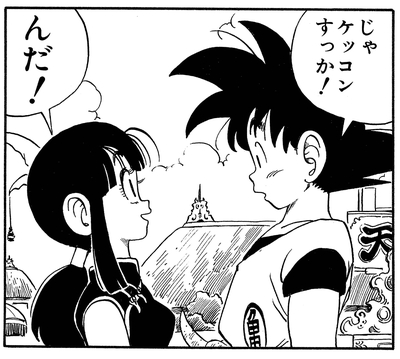 Chichi then remains ringside for Goku's proceeding matches in the Tenkaichi Budokai and cheers him on.
She even remarks when he's about to take on Piccolo she's only just been married and that it's too soon for her to become a widow! 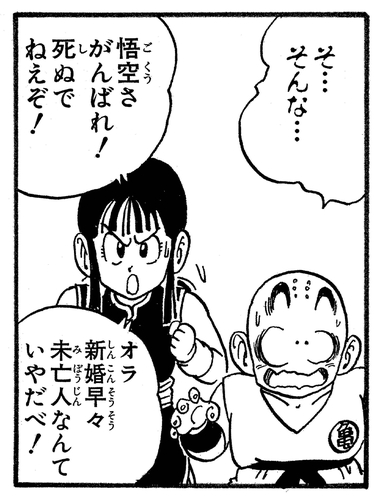 When the tournament is all said and done and Goku has claimed victory over Piccolo, the happy couple fly off into the sky atop Kintoun. 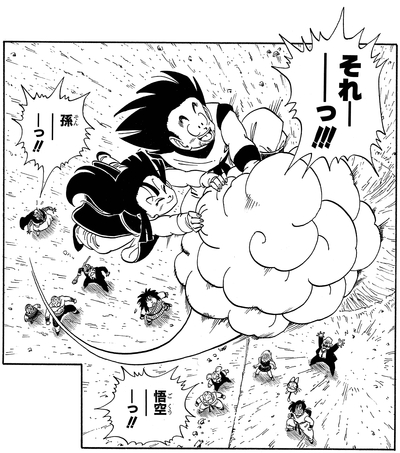 23rd Tournament: Defeated in the first round.

Is that Kame School Martial Arts?!

During Chichi's bout with Goku at the Tenkaichi Budokai, Kamesennin is impressed by her proficiency in combat. Perhaps owing to the influence of her father, Gyumao, who was once a student of Kamesennin's, it seems that her fighting style strongly resembles Kame School Martial Arts! 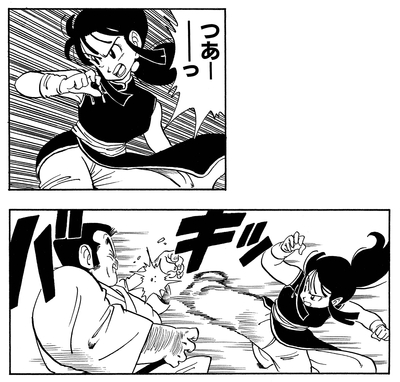 →Preview: Next week's character is a tough woman like Chichi!
*All comics images are from the Japanese version.