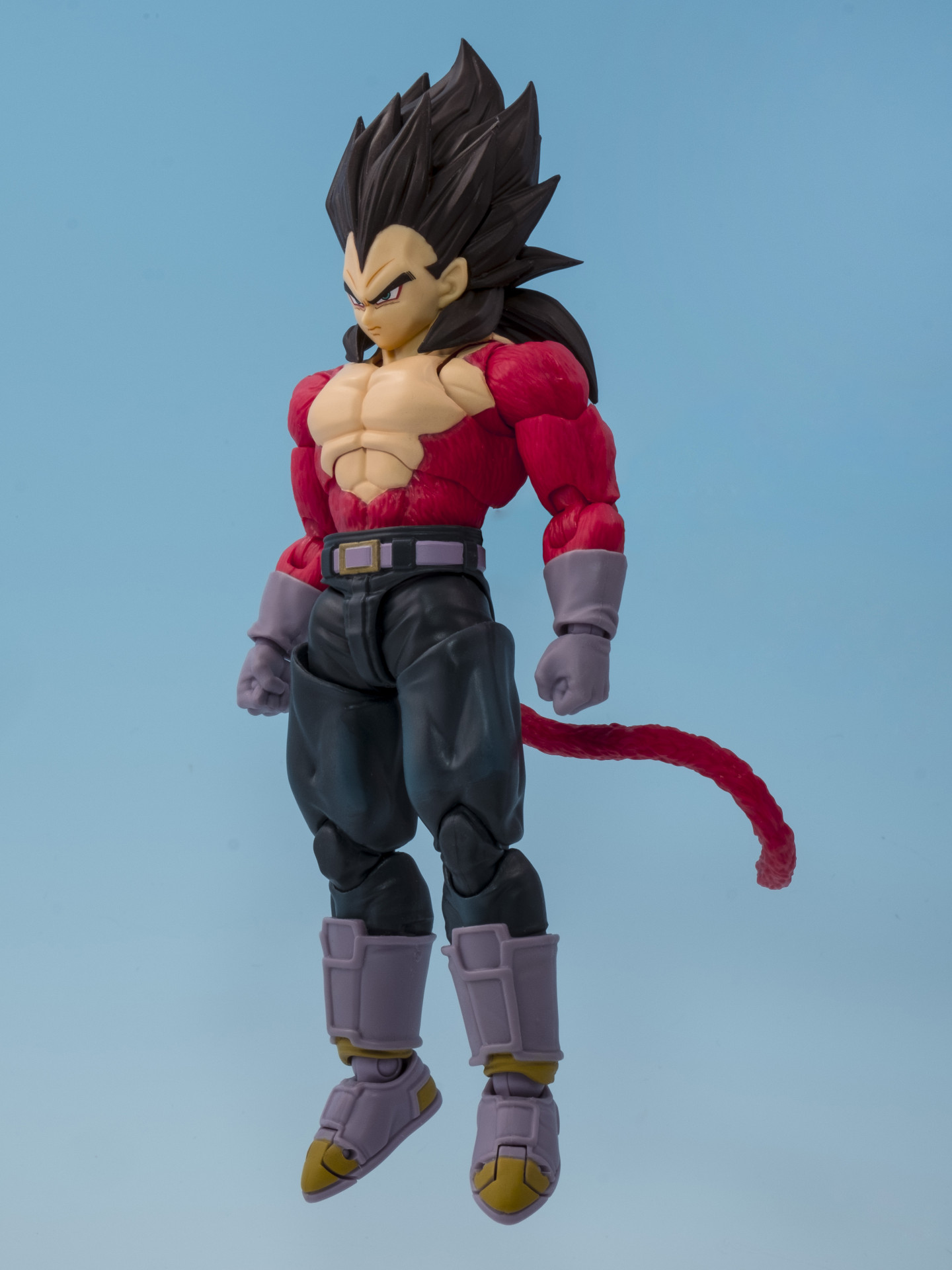 Super Saiyan 4 Vegeta from Dragon Ball GT is finally making his debut in the S.H.Figuarts Dragon Ball series! The figure is available for purchase right now, but we got our hands on a sample model to have a little photoshoot of our own!
*The figure pictured in this article is a mid-development sample and may differ from the retail version.
*Images are for illustrative purposes only. Please use the separately sold "TAMASHII STAGE" when displaying the figure. 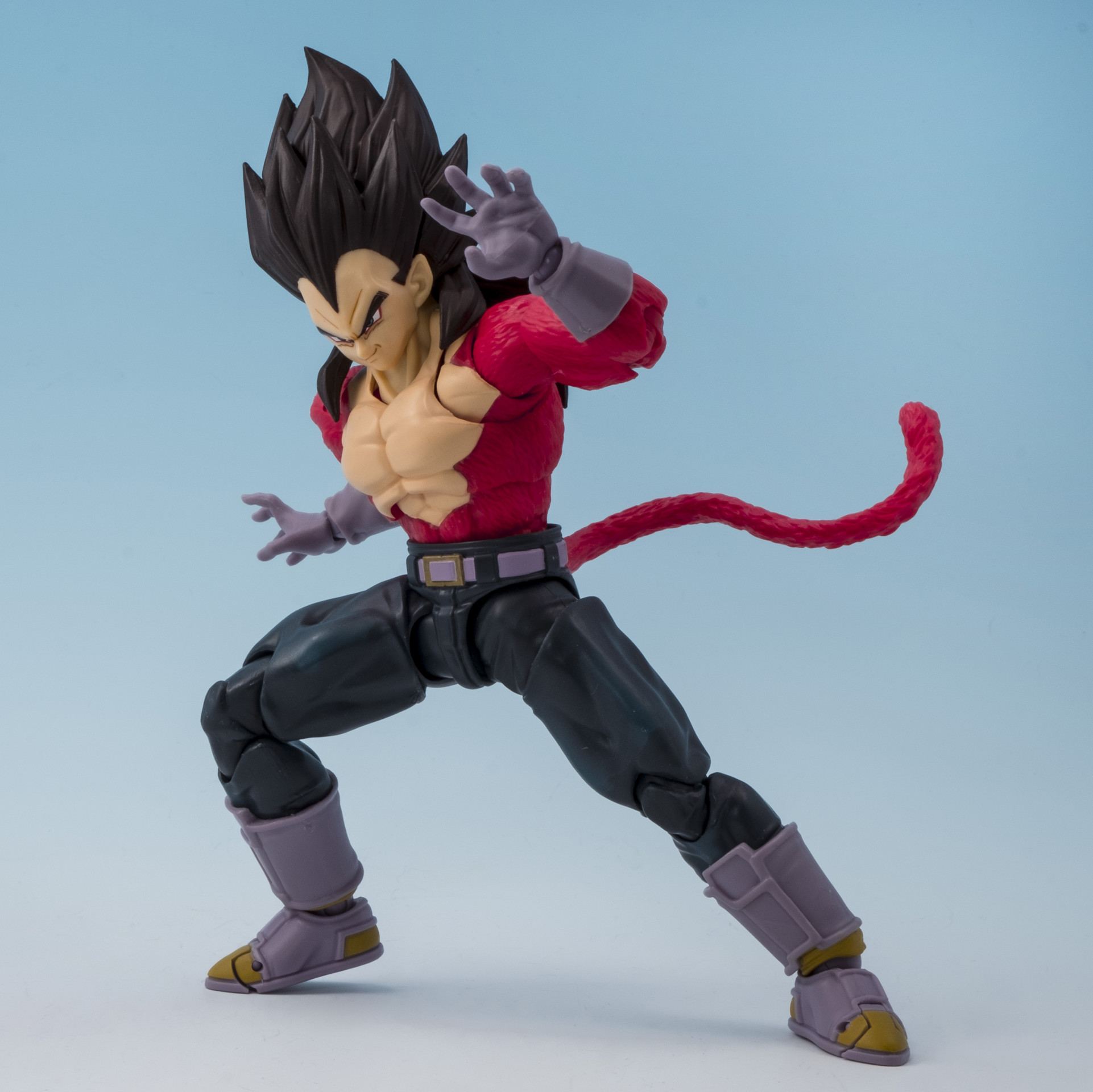 The second Super Saiyan 4 warrior has joined S.H.Figuarts at last!
Featuring black hair spilling down around his shoulders, brimming with the Great Ape's power, covered with the form's signature crimson fur, and a freshly regenerated tail to boot—absolutely every aspect of this figure is true to its depiction in the anime! 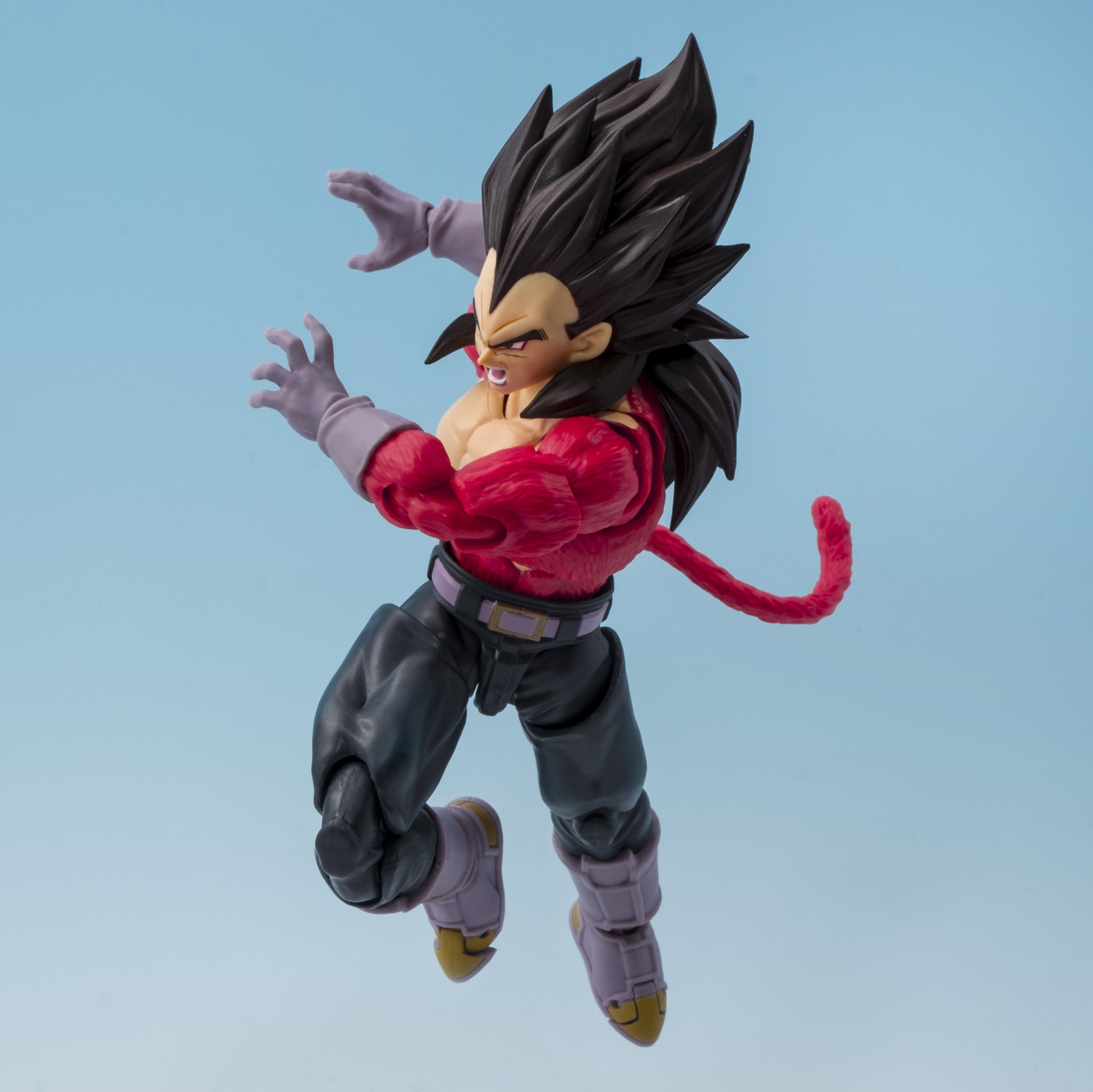 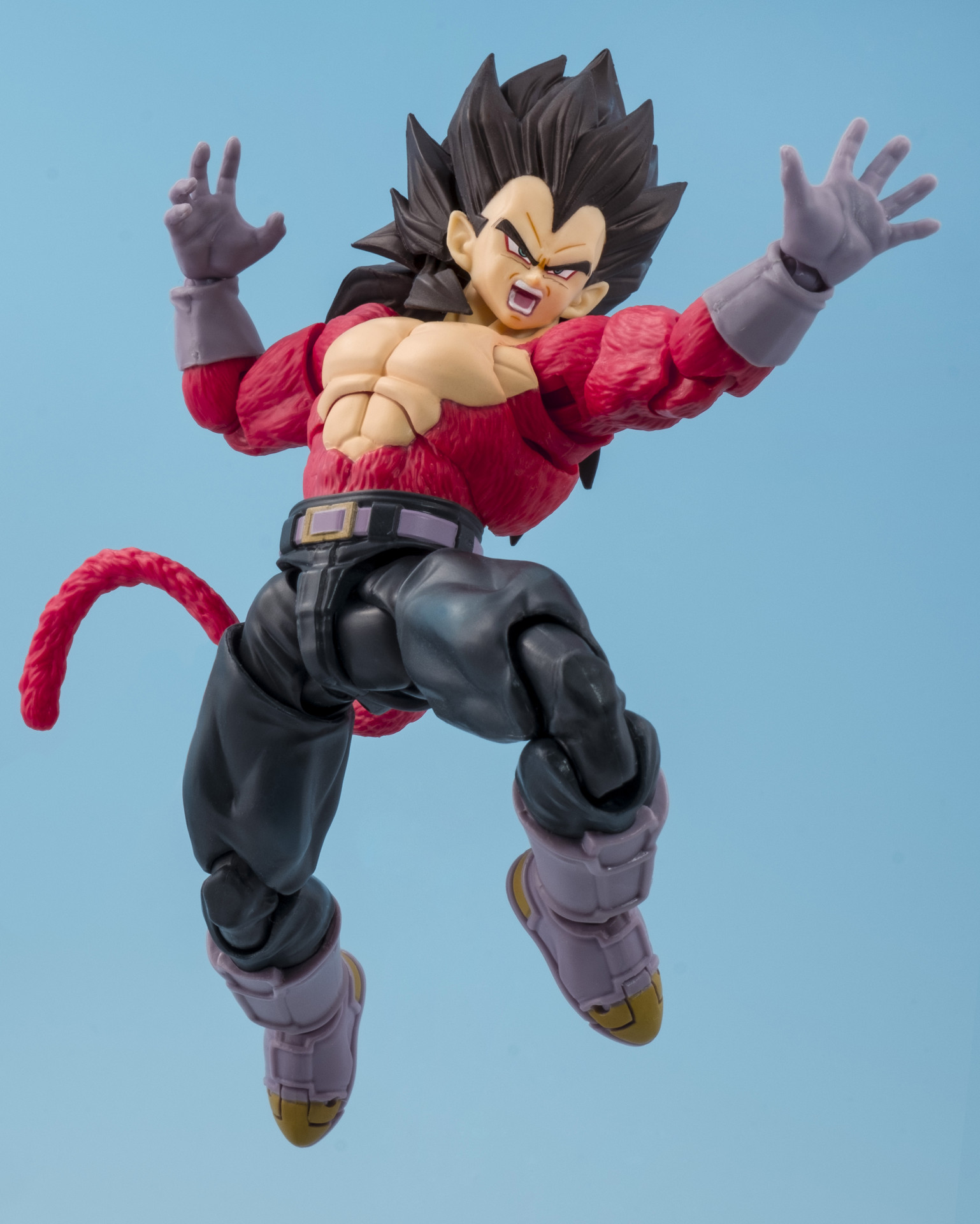 The articulation for this figure is also the same as the Super Saiyan 4 Goku released earlier! The shoulders have an additional moving part instead of just the standard shoulder joint, allowing for even cooler and more powerful poses where the arms are brought out in front of the chest or raised up! Even the parts of the hair around his neck have joints built into them to allow for more dynamic poses without getting in the way! 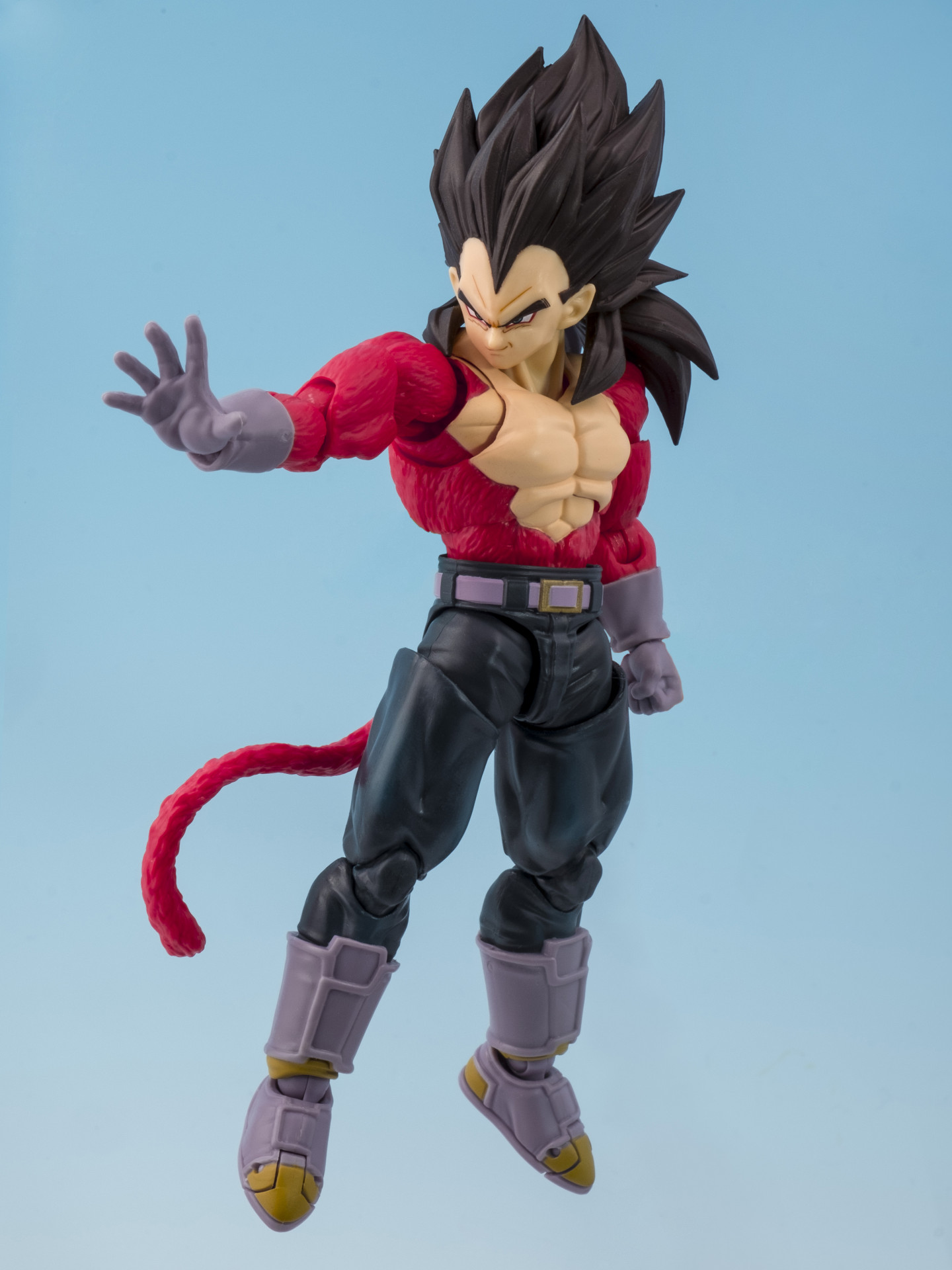 Super Saiyan 4 Vegeta even comes with 3 additional face parts! Along with his standard face, you'll get a rather Vegeta-esque smirk, a powerful yelling face, and an intense face with clenched teeth! Combined with the vast posing options, these face parts allow you to recreate just about any scene from the anime! 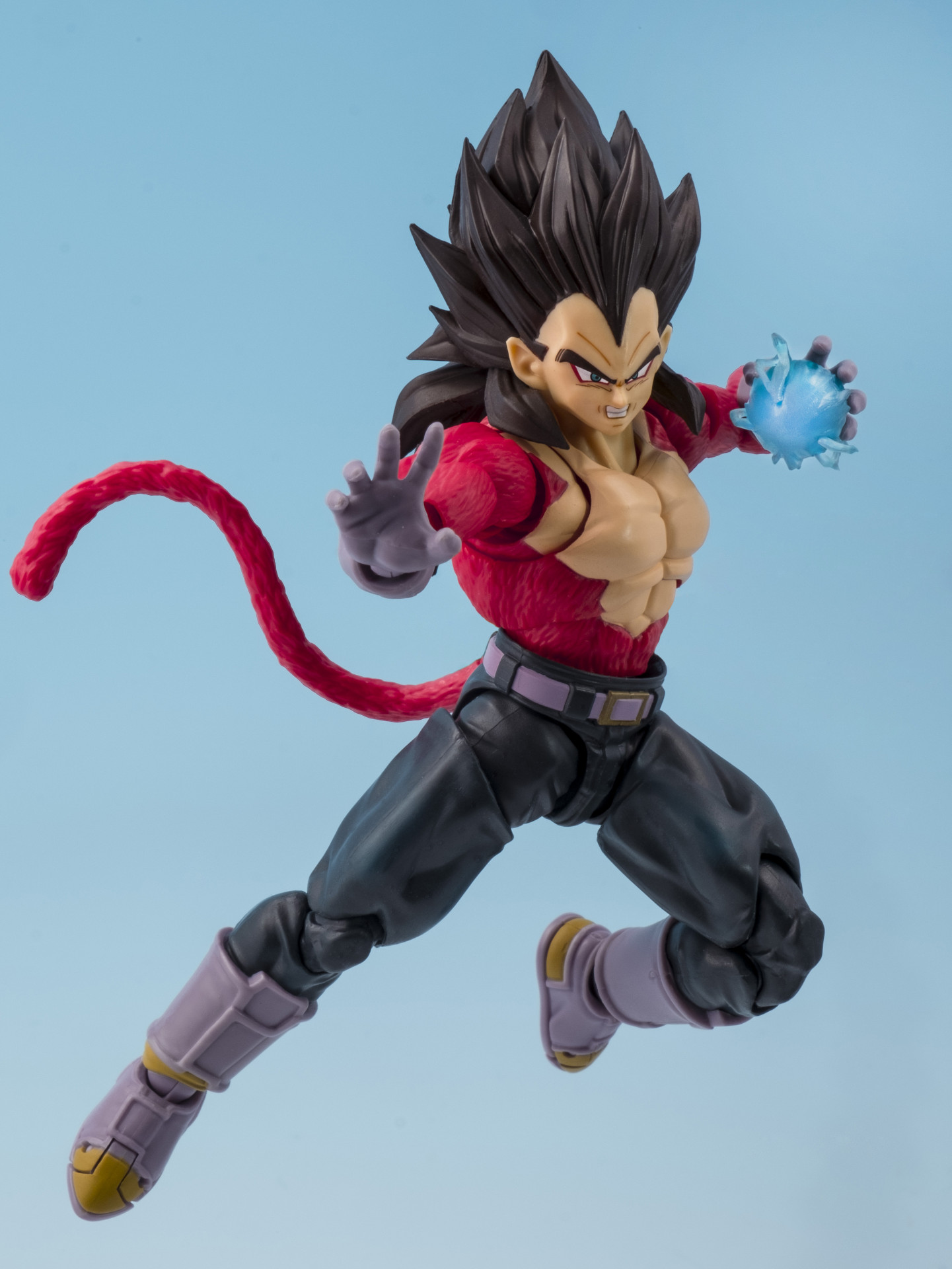 The figure even comes with a Final Shine Attack special effect part!
Recreate scenes where he's charging up the attack, unleashing it upon an enemy, and anything in between! 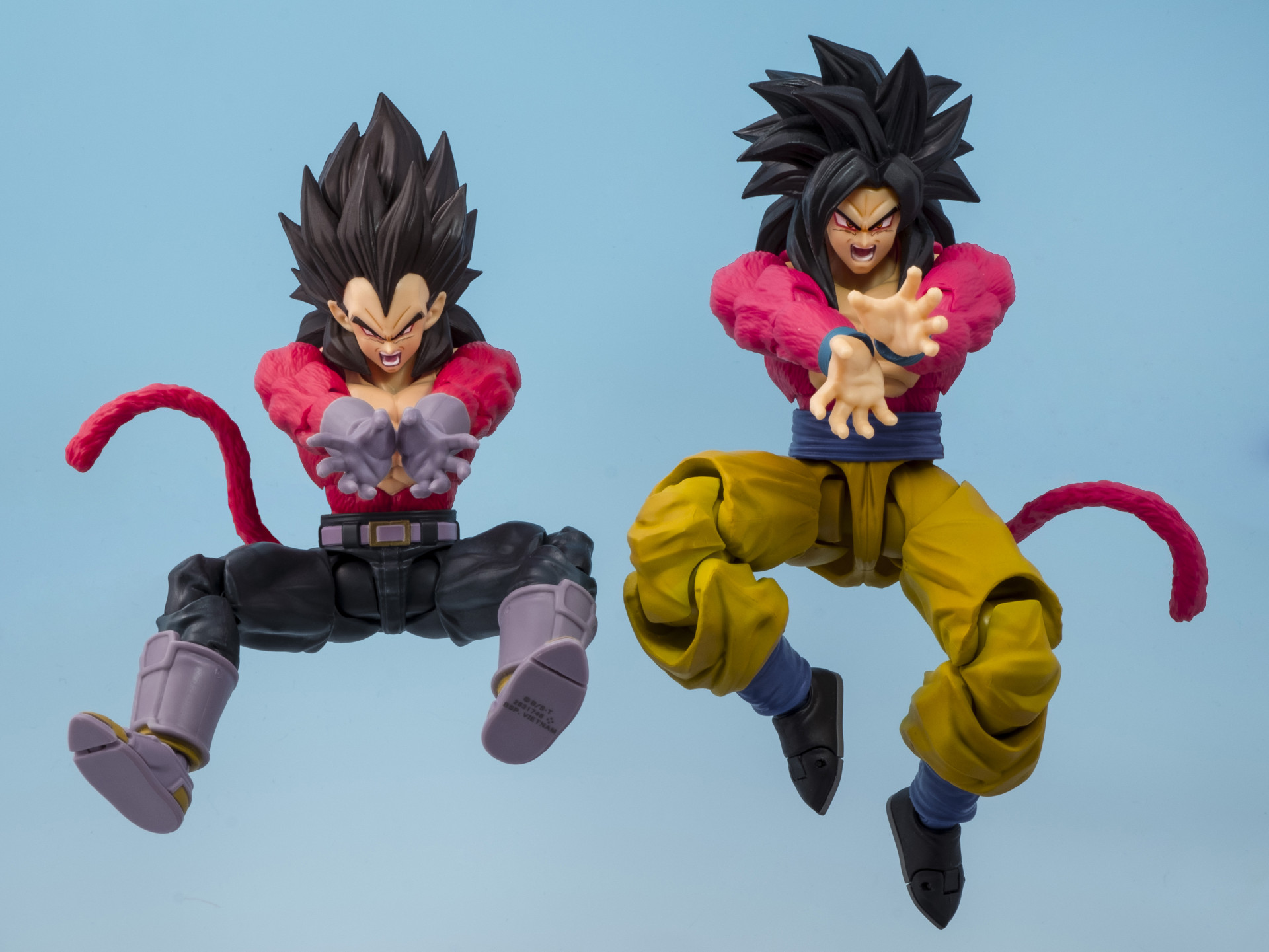 S.H.Figuarts Super Saiyan 4 Vegeta is on sale now!
If you haven't gotten yours yet, take this chance to pick up both Super Saiyan 4 warriors for your collection!