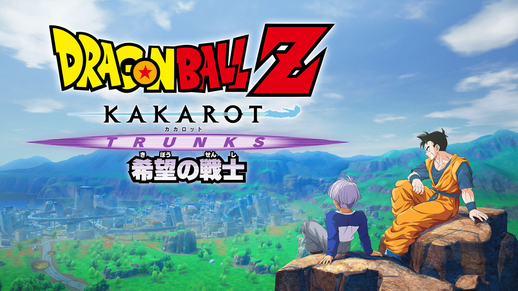 This third paid DLC features a story based on the TV anime special "Dragon Ball Z: The History of Trunks", which is set in a dark future where Goku succumbed to the heart virus, and the heroes that he left behind like Vegeta and Piccolo suffered a crushing defeat at the hands of the merciless Androids. Being one of the only Z fighters left alive, it's up to Trunks to fight back against the Androids and restore peace to the world once more!

Fight alongside Gohan against Android 17 and Android 18, who will be bringing new special moves and powerful combination moves to stoke the fierce flames of battle even higher!

In addition, a new mode called "Android Assault" will be added to the game! Take a wrong step and get too close to the drones scattered around the battlefield and you'll trigger their alarm field—causing the Androids to attack! Complete your objectives then make your escape without being detected!

But it's not just Android 17 and Android 18 standing between Trunks and a peaceful future for Earth! Once Trunks defeats the Androids, he'll have to continue training and master new special moves in order to defeat a new menace that looms in the shadows—the monstrous First Form Cell!

Fight desperately in a world warped by misery and despair to bring light to a dark future in "-Trunks- The Warrior of Hope"! Be sure to experience the unbelievable ending to this story firsthand!