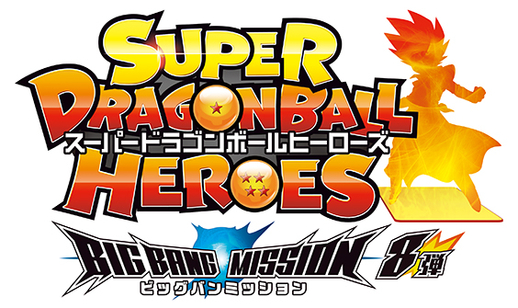 Staying true to the promotional anime's story, this mission thrusts you into the battle from Episode 2 of the New Space-Time Battle Arc!
On the pseudo Planet Vegeta, Vegeta faces off against the Evil Saiyan Cumber and Turles. What's more, seeking to put an end to the already battle-worn Vegeta, the Crimson-Masked Saiyan makes his presence known.
By using Instant Transmission, Goku and Hearts arrive in the nick of time and manage to save a wounded Vegeta.
Then, hoping to turn the tide in his own favor, the Crimson-Masked Saiyan finally reveals his true identity!

In the Sub Age, two Sagas have been fully recreated and are ready to be played in the form of two new Missions!
Accompanying the "Red Ribbon Army Saga", in which a young Goku fights with youthful vigor, is the "Cell Saga", over which the existential threat of the Androids created by Dr. Gero looms.
Experience firsthand the raging history of the conflict between humans and Androids!

3 new SEC cards have arrived!
Two azure warriors who fight together across all of time and space, Vegeta with his surging power after gaining control of the dark aura, and the Crimson-Masked Saiyan after revealing his true identity—all three new cards are devastatingly powerful!

8 new UR cards are here!
Be sure to check out the ferocious Android twins, "Android 17" and "Android 18"!
Combine them with the SR "Android 16" that was also released in Big Bang Mission 8 to recover Ki while crushing your foes!

Introducing the first of two sets of incredible Campaign Cards, the Ultimate Slash Campaign Cards!
With Ultimate Slash, it's now possible to unleash an attack even more deadly than the Super Slash! Use it to achieve a "Perfect Slash" and you'll also get some bonus effects!

For the second set of Campaign Cards, check out the Defenders of Earth Campaign Cards!
These 9 warriors bravely took on Cell in the hopes of protecting Earth. Now, you can use their cards' shared ability to increase your team's HP by 1000! The more allies you hold with the same ability, the stronger the effect will be!

"Toki no Shugosha" Get Cards Campaign

The ever-popular "Get Cards Campaign" is coming to Big Bang Mission 8!
Play the game and, with a bit of luck, you too can get your hands on "Trunks: Xeno"! Play Big Bang Mission 8 and add this special card to your collection!
The campaign will run from Thursday, June 3rd, until all the cards have been claimed.