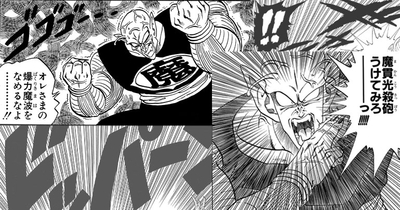 In today's column, we will be taking a closer look at the special moves of Great Demon King Piccolo and Piccolo.
Both characters displayed a wide variety of techniques in their numerous battles throughout the series, but in actual fact, in the original comics there are only four named techniques attributed to the two fighters combined! However, luckily for all you aspiring Namekian warriors, every one of them is absolutely iconic, and we here at the Namek Branch encourage you to master them for yourself. We look forward to seeing your progress! 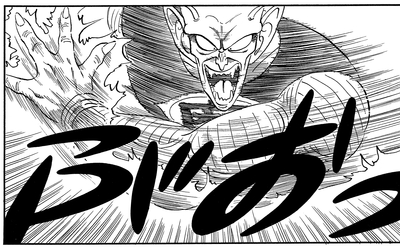 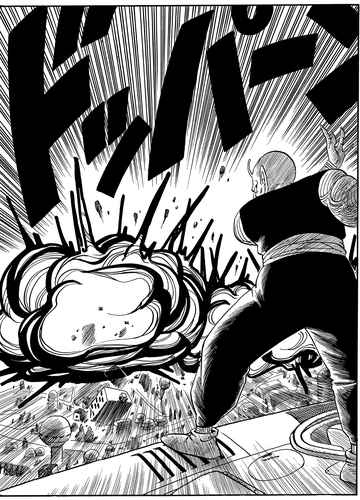 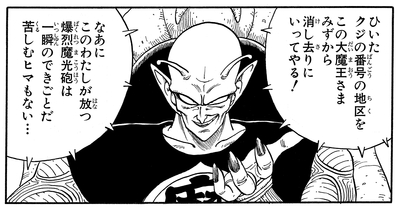 This is one of Great Demon King Piccolo's special moves. He gathers Ki into his right hand, sends it surging through his entire body, then releases it all in one deadly blast with a ferocious swing of his left hand!
This terrifying technique has enough power to level an entire town, leaving nothing but rubble in its wake. For such a powerful technique, it's quite impressive that Great Demon King Piccolo was able to unleash it from a position as unstable as riding atop a Mini Plane! However, it should be noted that he only succeeded thanks to his immense core strength which allowed him to maintain his balance and control. We must therefore advise you not to attempt to replicate this magnificent feat. 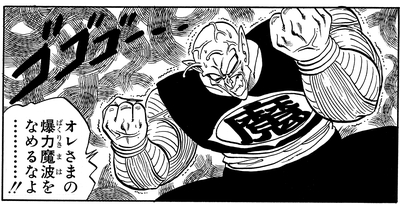 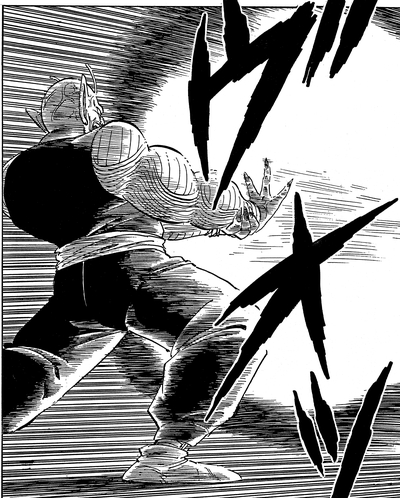 This is another one of Great Demon King Piccolo's special moves. After focusing his power into both arms, he thrusts out his right hand and releases his Ki in a single explosive blast! As he does so, he grips his right arm tightly with his left hand for support.
You'll notice that for the Explosive Wave, the aforementioned "Bakuretsumakoho: Demon Ray of Obliteration", and the "Makankosappo: Special Beam Cannon" that we'll introduce later on, gathering and focusing Ki plays a crucial role in being able to perform each technique. Once during a clash with Goku, Great Demon King Piccolo was struck with a fierce blow while gathering Ki for an Explosive Wave, but just like the time on top of the Mini Plane, his phenomenal core strength and resilience allowed him to stay on his feet and launch the attack. 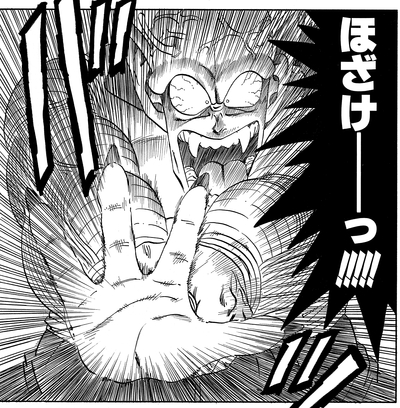 During the 23rd Tenkaichi Budokai, Piccolo used a technique that, while not explicitly named, appears to be the Explosive Wave. His proclamation that he had "multiplied [his] power many times" compared to when he fought as Great Demon King Piccolo was seemingly proved true when he not only unleashed the powerful blast of Ki but was also able to control its trajectory mid-flight to home in on Goku. 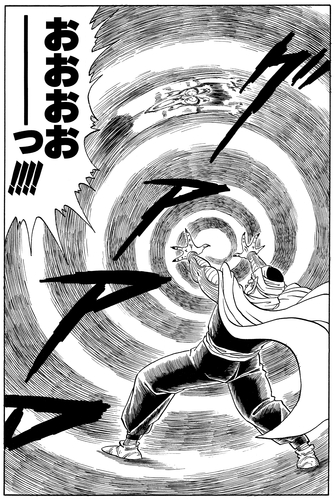 This technique works as a counter to an incoming Mafu-ba. Using both hands to control his opponent's movements, Piccolo is able to force them into the Mafu-ba's intended sealing vessel instead of himself!
Perceiving the Mafu-ba as his greatest weakness, Piccolo developed this technique as a countermeasure to use against it at the Tenkaichi Budokai, the very event at which he utilized his powered-up Explosive Wave. From that alone, it's clear that he underwent rigorous training in preparation for the tournament! 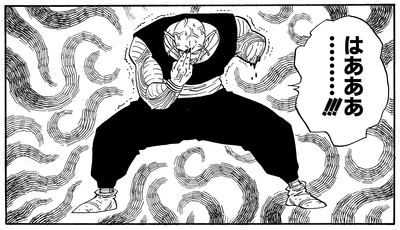 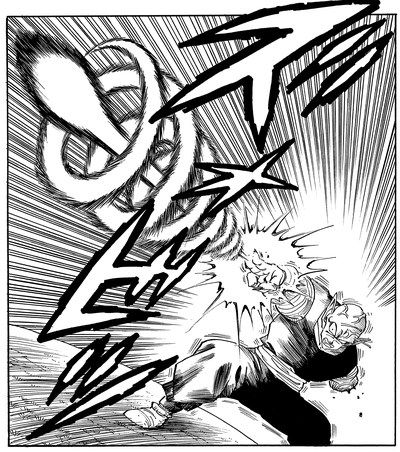 As we're sure you all know, this is perhaps Piccolo's most iconic special move, the "Makankosappo: Special Beam Cannon". He places two fingers on his forehead and focuses his Ki into a single point there before releasing it as a piercing, laser-like beam.
This is yet another technique of his that he developed through painstaking training. It was originally developed with the intent to take down Goku, but, somewhat ironically, due to its extended period of focusing Ki, it worked much better when fighting alongside Goku as an ally! That said, we are more than a little curious as to how Piccolo would have used this deadly technique had he fought Goku alone instead. 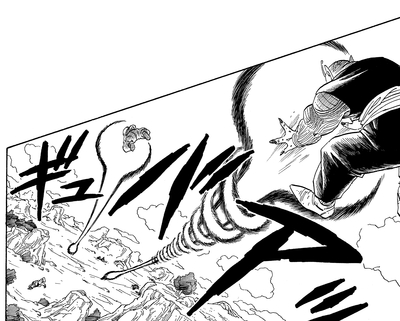 Sadly, ever since he became accustomed to fighting alongside Goku and his other allies, we never got the chance to see Piccolo use the technique again in the original comics. The first and last time it was seen was during his battle against Raditz, during which he used it twice. Although, it should be noted that during his fight with Nappa he did use a different, rather unique technique where he launched a straight beam encircled by a spiral of Ki. 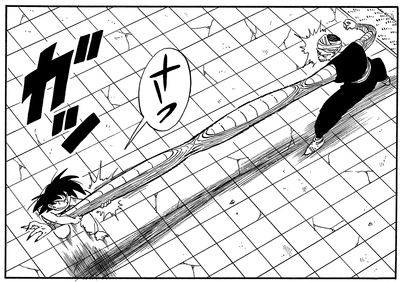 While we're on the subject of scarcely used techniques, Piccolo has only ever used this arm-extending move twice in the original series! In contrast to its first usage, when Piccolo successfully took hold of Krillin's leg, its usage against Goku led to Piccolo's own arm being grabbed and him being launched into the sky! Piccolo does not look upon his own failures kindly and, as such, refuses to reuse a technique that proves unsuccessful—at least not until he has had a chance to rework and perfect it—which goes to show how disciplined a fighter he is. We here at the Namek Branch whole-heartedly salute him and his stoic warrior spirit!

Finally, we would like to take this opportunity to introduce a couple of our personal favorite techniques! 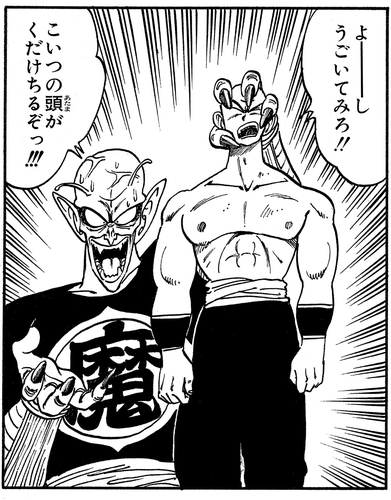 Every time Great Demon King Piccolo uses his raw power to lift someone up with his bare hands, we get a little weak at the knees! Goku, a King Castle guard, the pilot of the King's Mini Plane, the King himself, and Tenshinhan—all five were humiliated by this merciless technique. Tenshinhan's head fits right into Great Demon King Piccolo's gigantic hand as he dangles helplessly midair. Great Demon King Piccolo shows full disregard to any threat his opponent poses as he abandons caution in favor of a maniacal grin. This overwhelming display of dominance serves to illustrate just how hopeless it must feel to challenge him. 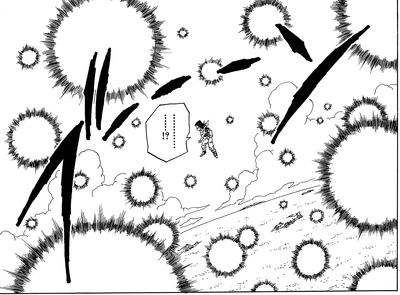 This technique Piccolo used against Android 17 besieges his opponent with a small constellation's worth of Kidan (Ki Blasts)!
Ingenuity, precision, power—this technique displays all three in a move that perhaps best demonstrates Piccolo's unwavering dedication to training. This technique was never named in the comics, but it does make an appearance in several Dragon Ball games under the name "Hellzone Grenade".

In today's column, we only managed to scratch the surface of the numerous techniques possessed by Great Demon King Piccolo and Piccolo. Even when at first glance they may simply appear to be launching one devastating punch or kick after another, in reality there are several patterns to their attacks, with each movement being a calculated step towards victory! We urge you to grab your comics and take a closer look back at these two legendary fighters' incredible techniques and see for yourself!