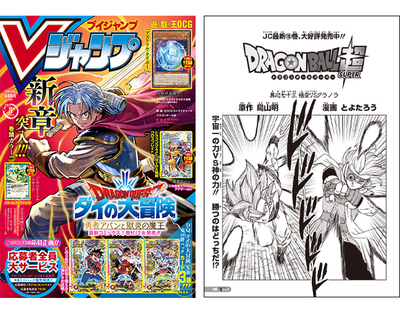 The super-popular "Dragon Ball Super" comic serialization's "Granolah The Survivor Arc" is heating up in V Jump!
In the super-sized August edition, released on Monday, June 21st, the devastating battle between Goku and Granolah kicks up a gear!

Having lost his home planet to the formerly Frieza-led Saiyans in the past, Granolah had been seeking a chance at revenge against them both while working as a bounty hunter for the Heeters, a group who do their business in the shadows of the universe. 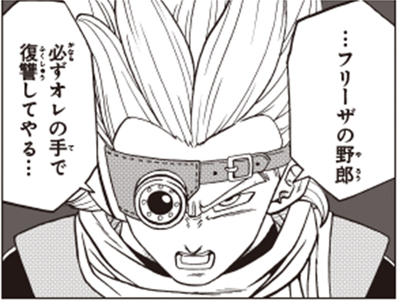 Informed by the Heeters' leader, Elec, that Frieza had been resurrected, Granolah assembles Planet Cereal's Dragon Balls and summons its divine dragon.
His wish? To be made the strongest warrior in the universe in order to exact his vengeance! 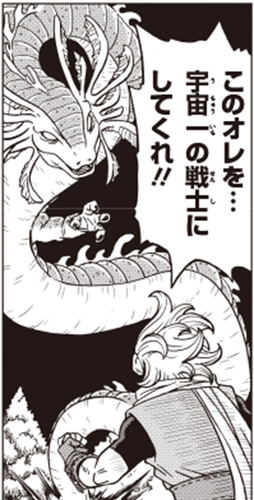 Hoping to ascertain Frieza's location, Granolah pays the Heeters another visit.
Oil and Macki try to show him the door, but he makes quick work of both of them with his inconceivable power.
Alarmed by Granolah's new-found strength, Elec plots to eliminate him.

During this time, Goku and Vegeta were continuing their strict training under Lord Beerus!
Goku was polishing his Ultra Instinct abilities with Whis, while Vegeta was working tirelessly to master the Destruction technique with Lord Beerus. 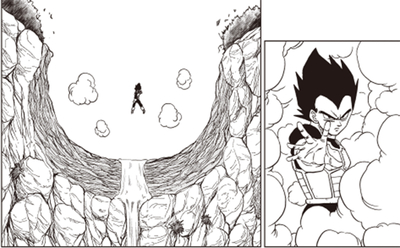 Having learned of the existence of Goku and Vegeta, the two Saiyans who defeated Moro, Elec sees an opportunity to have them face Granolah and, in the process, rid himself of three potentially deadly adversaries.
He sends Macki to Earth, where she uses Bulma and Chichi to summon Goku and Vegeta.

Macki lies to the Saiyans, imploring them to help her by defeating the "dastardly" villain Granolah, the strongest warrior in the universe, and offers to take them to Planet Cereal.
With Granolah also being deceived by the Heeters and told that two of Frieza's Saiyan assassins are inbound, a catastrophic clash between the three is made inevitable! 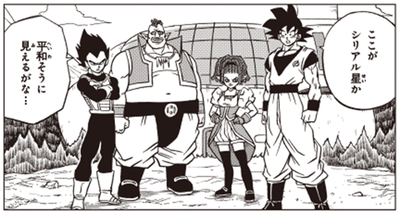 After arriving on Planet Cereal, Goku and Vegeta are seemingly hopeless in the face of Granolah's long-range precision energy blasts! 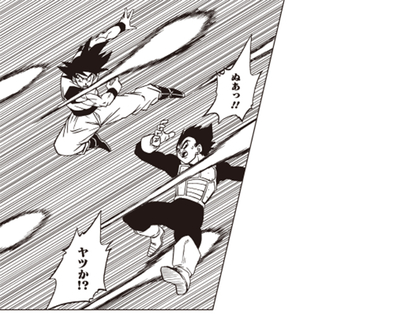 When at last Granolah reveals himself, Goku is the first to take him on!
Initially, he's able to fight with blinding speed and unbelievable accuracy by using Ultra Instinct in his Super Saiyan God form, but... 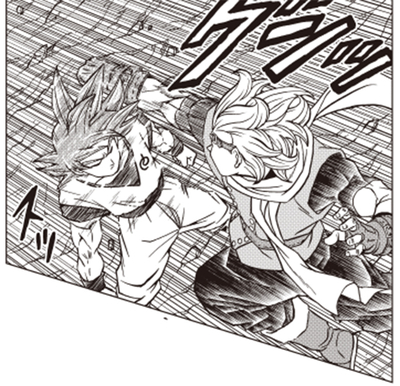 ...with just one clean strike from Granolah landing on his most vulnerable point, he goes down!
It would seem that by becoming the strongest warrior in the universe, Granolah's right eye has powered up even more and gained the ability to discern his opponent's weak spots in an instant! 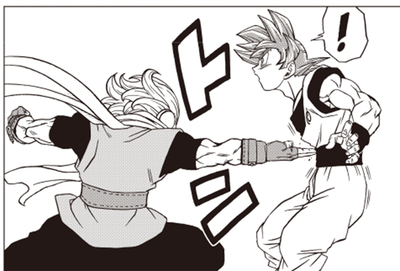 In V Jump's super-sized August edition, released on Monday, June 21st, Goku will continue his fierce duel with Granolah—this time in Super Saiyan Blue!
Who will emerge victorious in this battle between these two incredible fighters?! 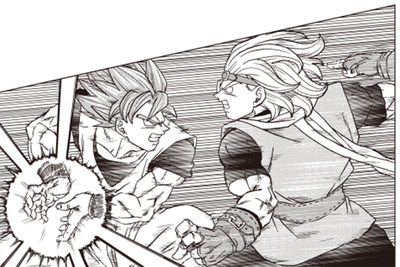