The Second Half of the "Dragon Ball Legends" 3rd Anniversary Campaign Has Started!!

"Dragon Ball Legends" is an app game available worldwide (excluding certain regions) that's celebrating its 3rd anniversary since release! The game is currently in the second half of its anniversary festivities, and things don't look to be slowing down anytime soon!

"ANNIVERSARY SURPRISED YOU!!" Event On Now! 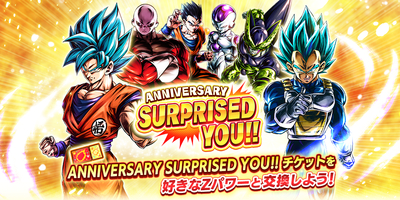 By completing a certain set of in-game missions, players can obtain an "ANNIVERSARY SURPRISED YOU!! Ticket" that can be exchanged for Z Power to unlock just about any character released up until December 2020! If there's a particular character that you've been after for a while, or if you just want to power up your favorite fighter even more, then this is the perfect special event for you!
*There are certain characters whose Z Power cannot be exchanged for. Please check the in-game announcement for details.

That's right, the second ULTRA rarity character to be introduced into the game is Vegeta! Unlock him by clearing the event "Vegeta, Prince of All Saiyans - Rebellion Against Frieza! -"!
Once you unlock him, be sure to put him in a party with other "Episode: Frieza Saga (Z)" characters so that he can buff them with his abilities! He can also weaken enemies every time he uses a Strike or Blast Arts card to force them to take even more damage! Just like members of the Saiyan warrior race in the series, who get stronger as their battles rage on, this Vegeta performs best in the mid-game and onward!

You can get also "Multi-Z Power" to strengthen ULTRA Vegeta as rewards from various missions, the Tournament of Power mode, PvP, and more! This is a great chance for even beginners of Dragon Ball Legends to recruit a super-powerful character!

"LEGENDS ANNIVERSARY STEP-UP - BOJACK UNBOUND -" arrives! The main featured character for this celebratory Summon is LEGENDS LIMITED Gohan (Youth).
His Main Ability boosts the damage output of the whole team and also recovers some of his teammates' health, making Gohan a great support option for your party.
And once his health reaches zero for the first time, not only will he be revived at 70% of his maximum health, he'll also transform into Super Saiyan 2!!
You know what that means—more firepower! In Super Saiyan 2, he'll resist Abnormal Conditions, gain the ability to ignore a portion of the enemy's "Sustained Damage CUT" effects, get a boost in damage output, and more! He'll also recover a small amount of Ki every time he uses an Arts card, making him great at stringing together aggressive combos as your party's main attacker! 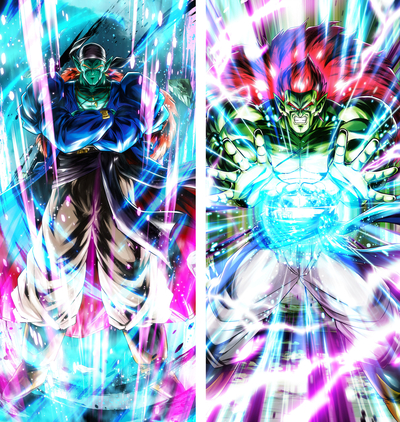 SPARKING Bojack, who appears in the same Summon, is also a character who can power up by transforming mid-battle!
When you activate his Main Ability, you'll draw his Awakened Arts card. At the same time, he gains the ability to nullify the enemy's special cover change actions, reduces their Vanishing Gauge to zero, and more to take away their options for evading his Awakened Arts attack!
And that's the key because when you land his Awakened Arts, he'll transform into "Full Power Bojack"!
He gets a massive boost to his firepower after transforming, so even though he is technically a defense-type unit, he'll be dishing out some diabolical damage to your enemies!

This is your chance to get some seriously powerful characters! Go and join the celebrations in the 3rd Anniversary Campaign while it lasts!