Welcome to Dragon Ball Fashion Check, where all the hottest clothes and hair styles from throughout the Dragon Ball universe are on display! Today we'll be taking a look at none other than the series' protagonist, Goku! His orange uniform is probably the first thing that comes to mind when you think about Goku's outfits, but he has actually worn a lot of different types of clothes throughout the series. Let's jump right in...to his wardrobe! 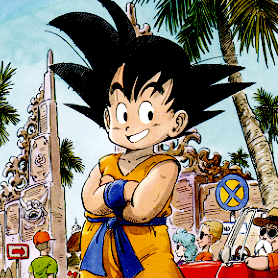 This uniform is basically synonymous with Goku! He received the eye-catching orange outfit as a gift from Kamesennin the first time he entered the Tenkaichi Budokai. In his younger days he wore this uniform and nothing else, but as he grew up he started to wear it with an undershirt and boots. Small changes like this have caused the uniform to evolve over time, and its signature mark also changes, as you can see from these images below. 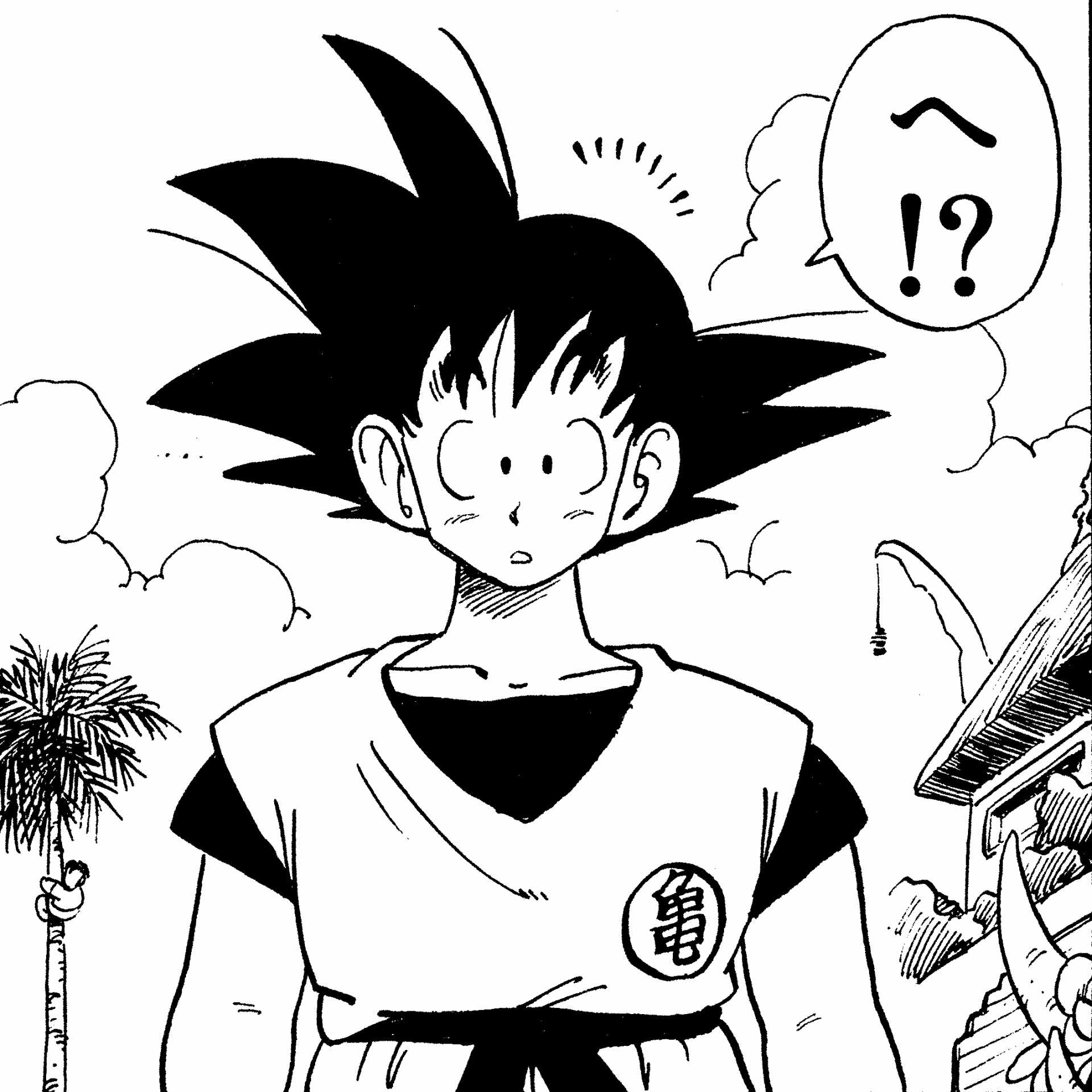 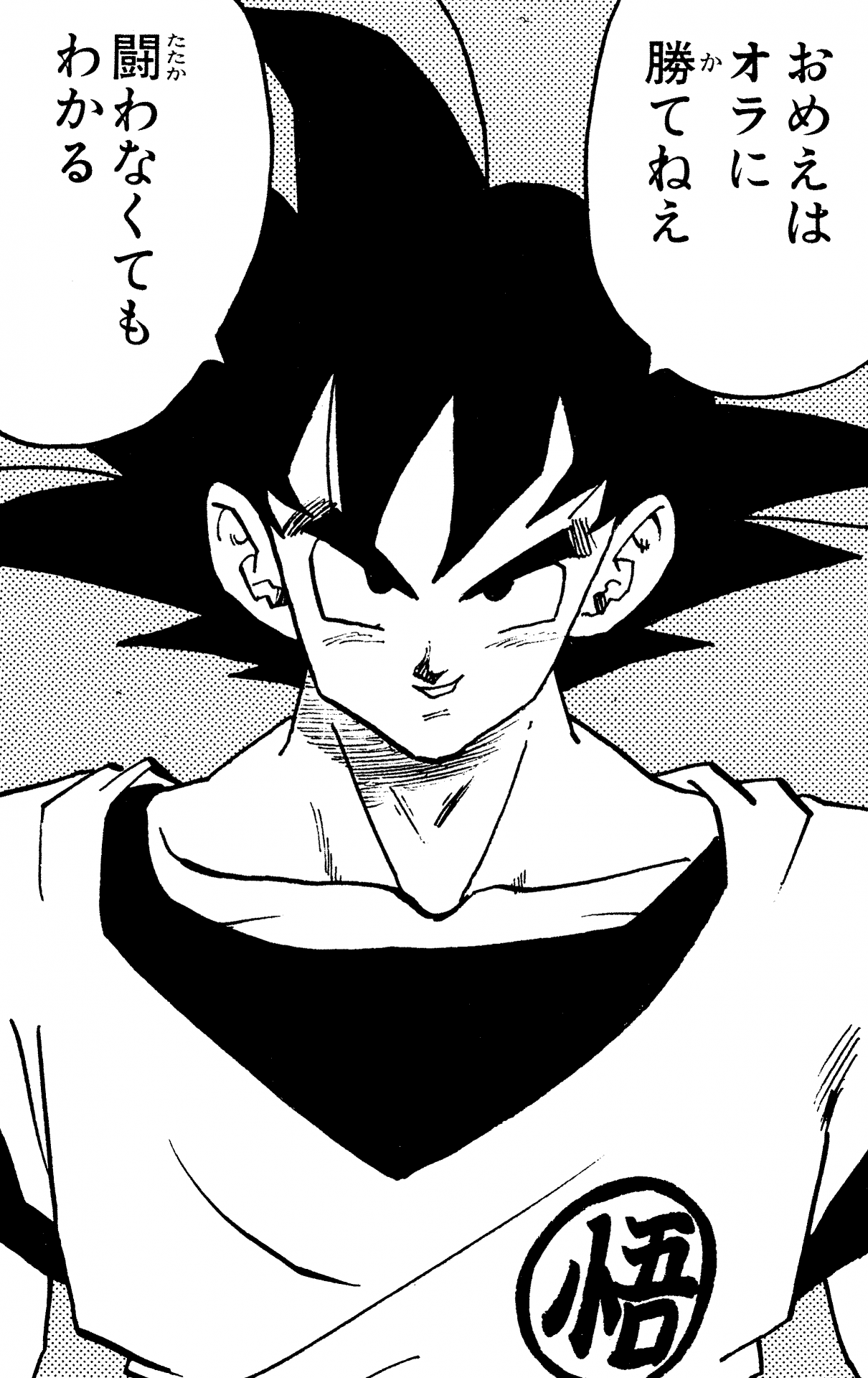 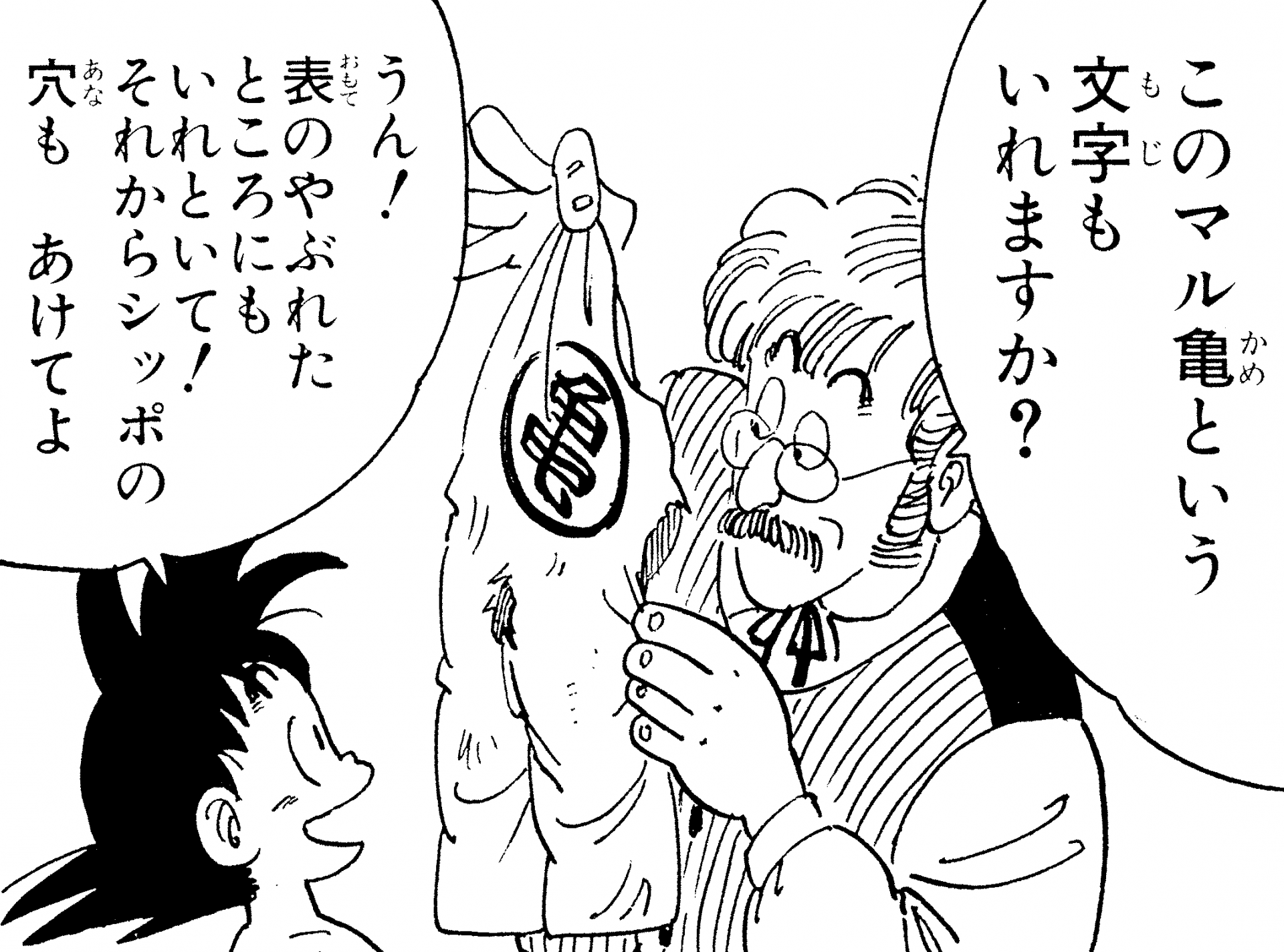 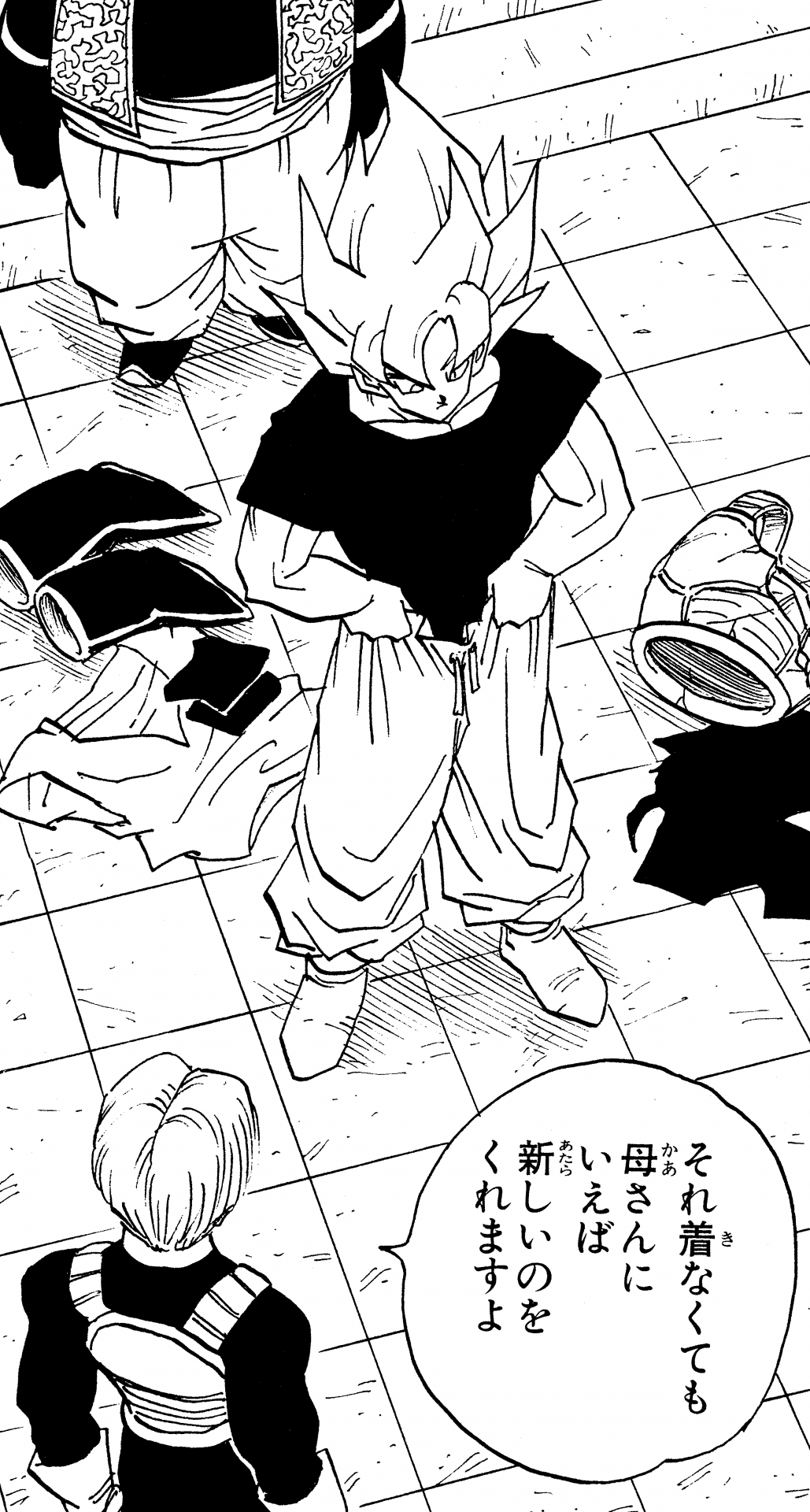 Incidentally, this uniform actually has two versions; one is a one-piece jumpsuit type, and the other has a separate top and bottom.

As a side note, the elderly couple who live near Goku commented that he's always wearing his orange outfit when they saw him on TV during the Cell Games. It's certainly pretty easy to spot with its bright color!

The adventurous globe-trotter that he is, Goku often gets new clothes from the different places that he travels, and so his wardrobe is quite varied. After he finished training with Kami, he showed up at the Tenkaichi Budokai wearing a monk-type outfit with a paper umbrella. His hair was also put up in a turban: something that he learned from Mr. Popo, perhaps? He also received some new clothes from the Yardratians after just barely managing to escape from Planet Namek. The voluminous ruffles around his neck are strangely fitting, don't you think? The brace on his left shoulder and decorative waistband really stand out in this asymmetrical design!

Goku sported this casual look while relaxing with his family before the start of the Cell Games. He looked like quite the family man, rocking a casual jacket and driving his family around in a hovercar! 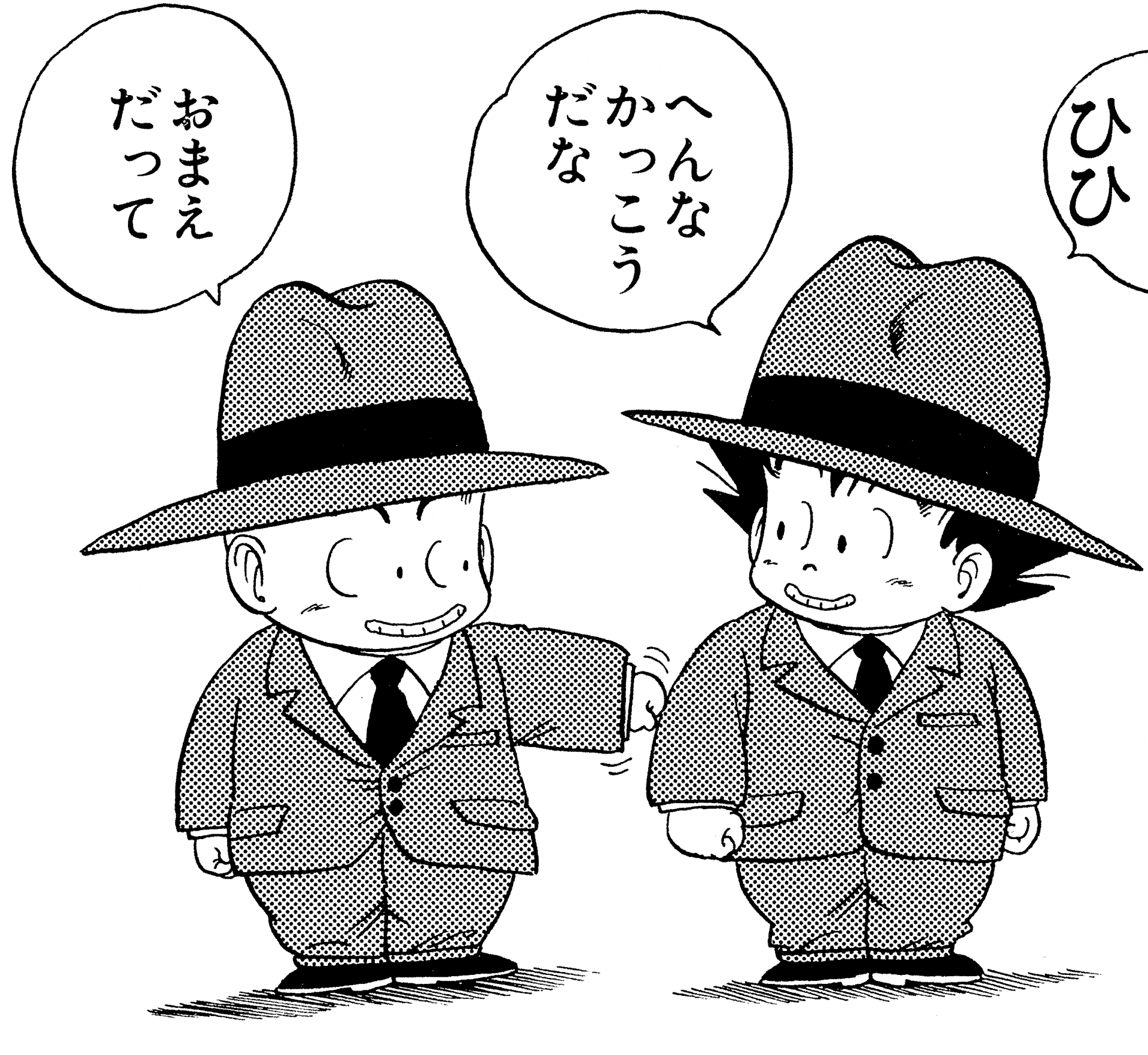 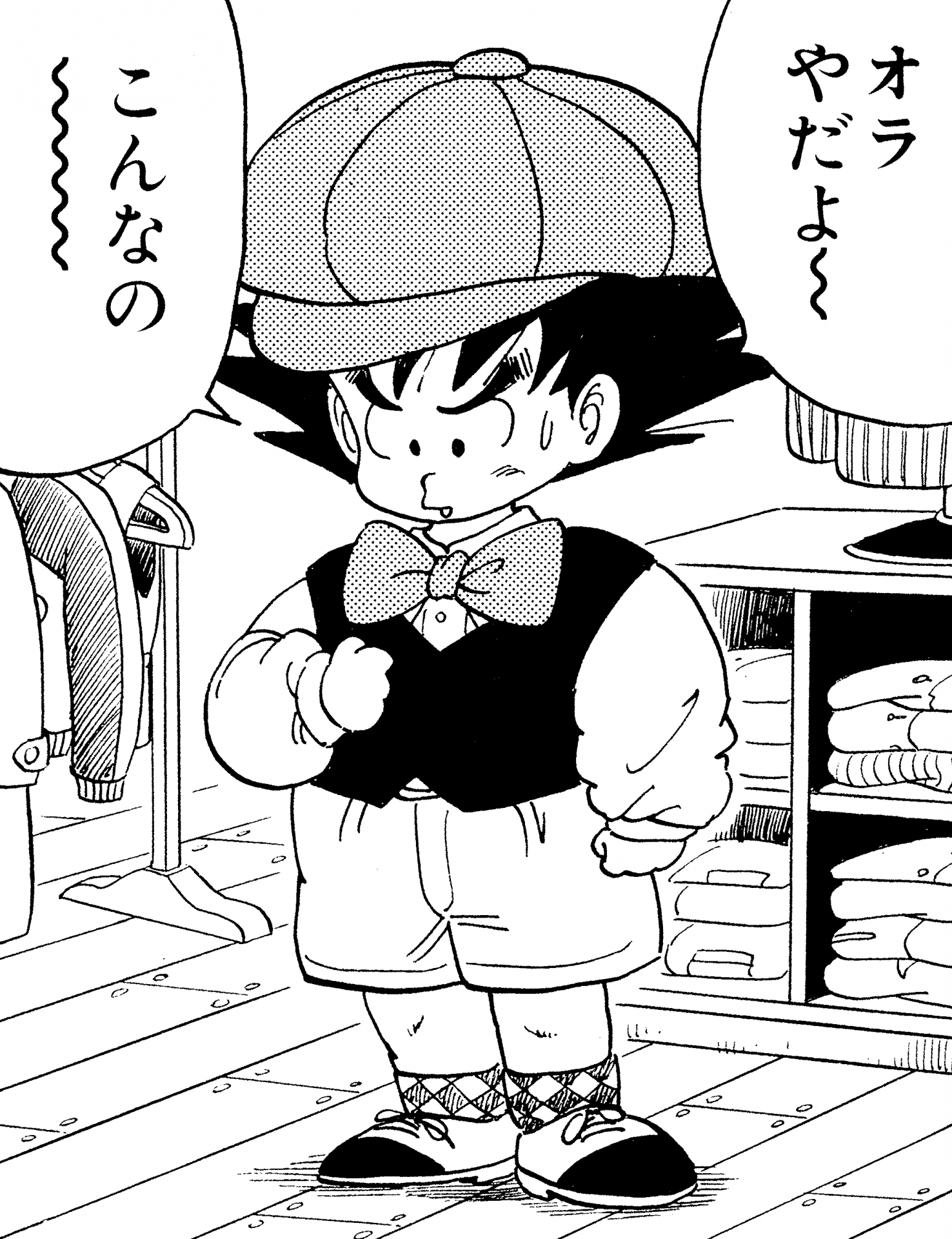 While Goku himself doesn't seem to be a fan of them, he sure does look good in formal outfits, doesn't he? Not only did Kamesennin give him a new fighting uniform for his first appearance at the Tenkaichi Budokai, but he also gave him this suit! Goku was a little unaccustomed to wearing such formal clothes, but doesn't he look adorable in this double-button suit? He also tried on some formalwear for his first visit to Uranai Baba's Palace at Yamcha's behest. The shirt with a bowtie, vest, and cap come together nicely to give him an old-timey newsboy vibe! 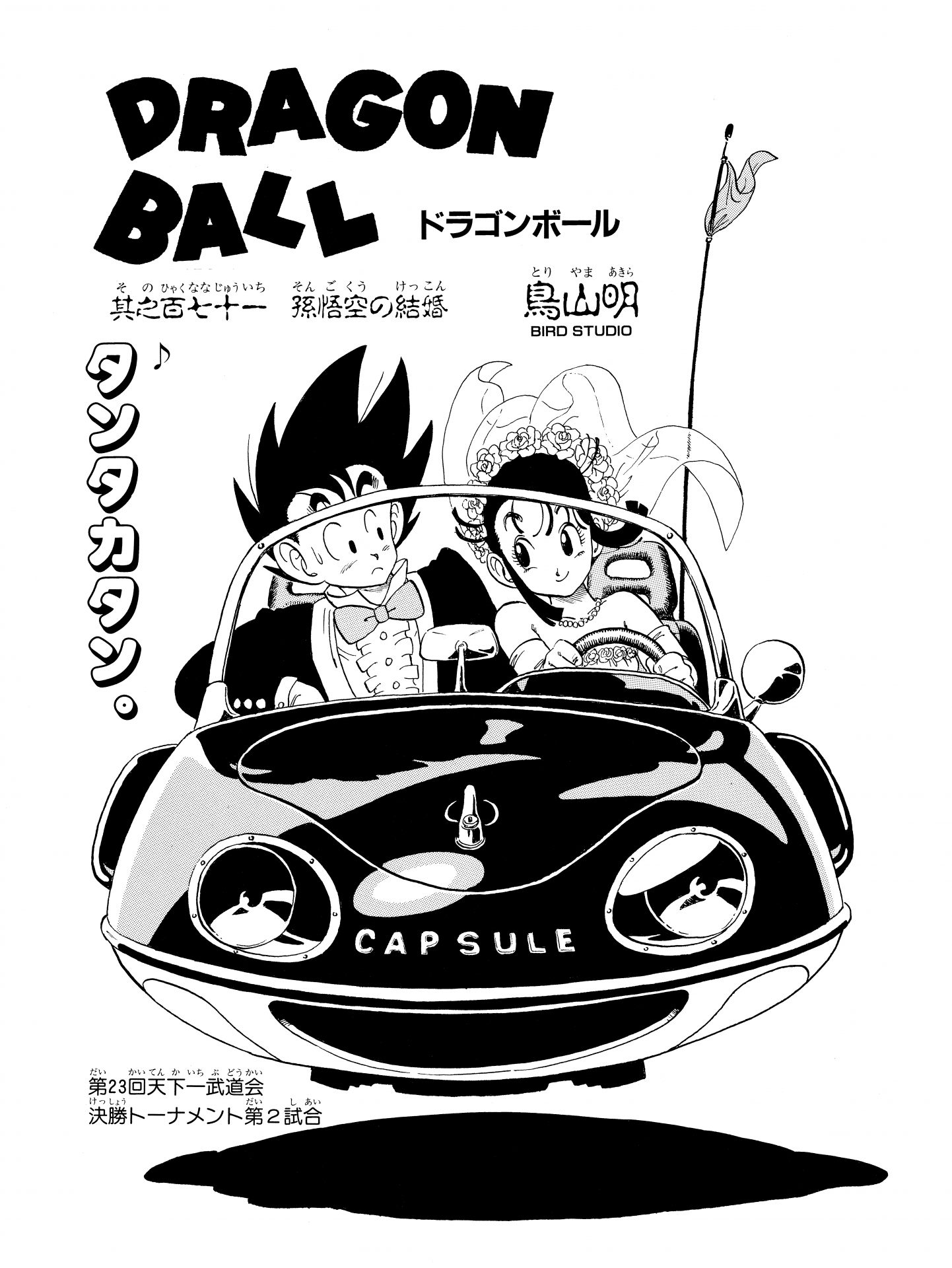 It may have only been on the cover of a comic chapter, but Goku has worn a tuxedo as well! Though he got married in his usual orange uniform during the story, it would appear from this image that he had a proper ceremony as well. One could assume that Chichi was driving the car in this picture because Goku couldn't drive at the time, but perhaps it was also a sign of things to come in their married life... 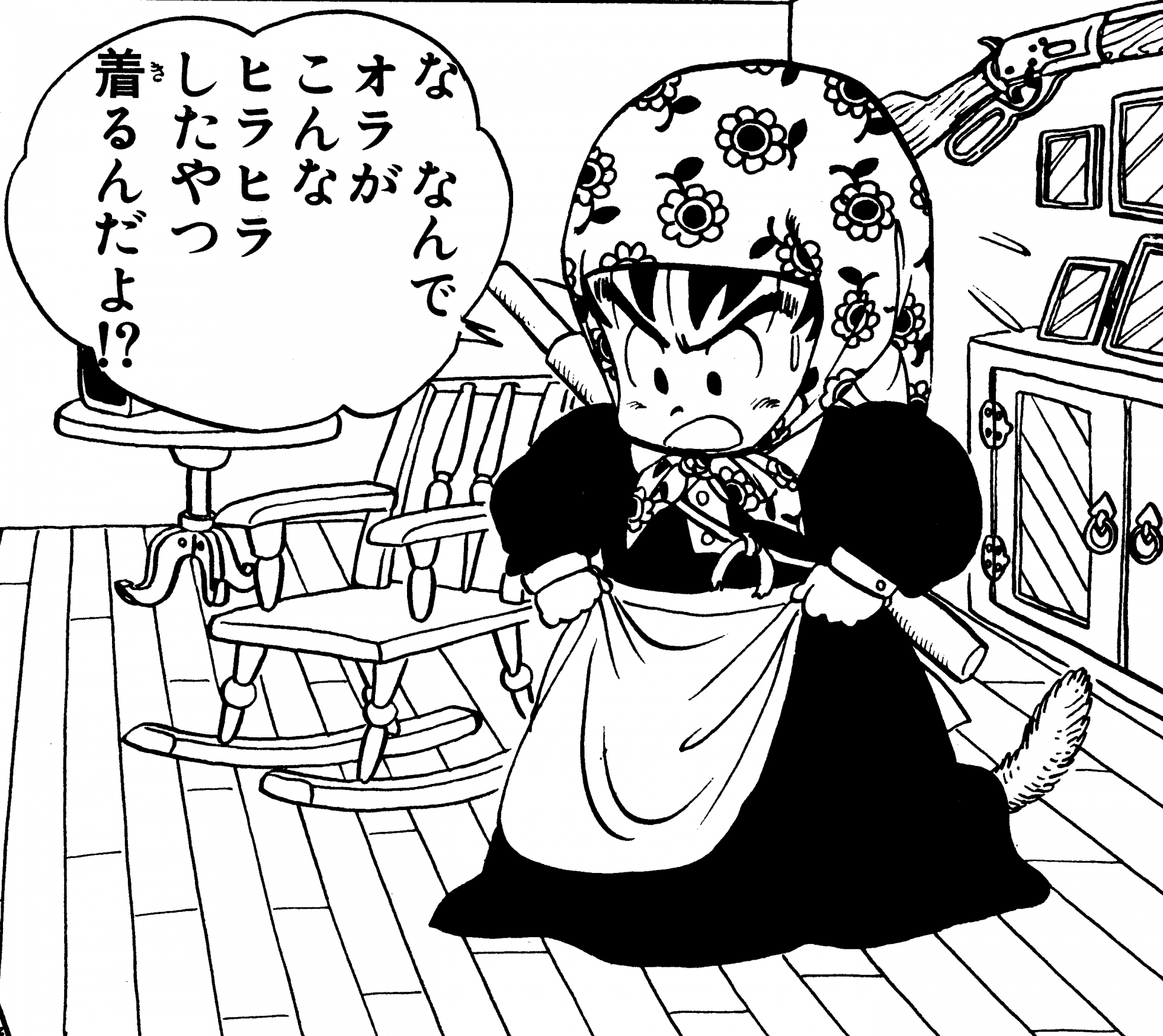 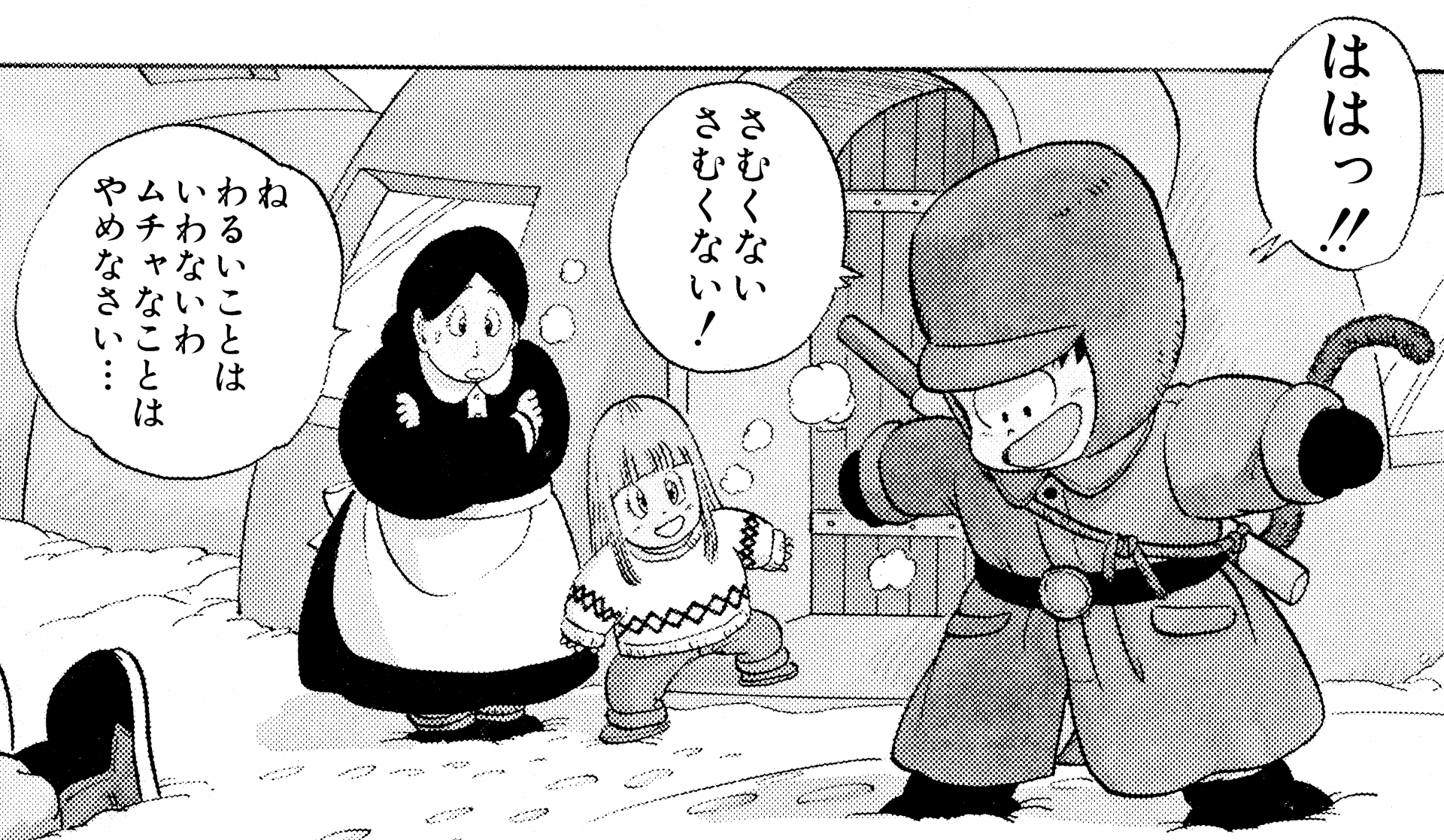 Goku even dressed as a girl once in his youth! He wore this outfit to protect some villagers from Oolong (though he complained the entire time). Even Oolong was fooled by how adorable Goku looked in this outfit with his flower-print bandana! Later on, Goku wore this warm winter outfit he borrowed from Suno in Jingle Village to protect himself from the frigid cold. We're not exactly sure what it was made of, but it must have been pretty easy to move around in with all the action he faced during his climb through Muscle Tower!

That brings us to the end of this installment of Fashion Check! Despite what one may think, Goku does have his fashionable moments, and he even once critiqued Kaio on his choice of clothing. Although Goku may love fighting, it seems that he's not opposed to looking good while he does it!

That's all for now! See you next time!