Welcome to Dragon Ball Fashion Check, where all the hottest clothes and hair styles from around the Dragon Ball universe are on display! Today we'll be taking a look at the half-Saiyan, half-human who grew up throughout the Dragon Ball story, Gohan! What kind of outfits does this gentle soul sport? Let's jump right in...to his wardrobe! 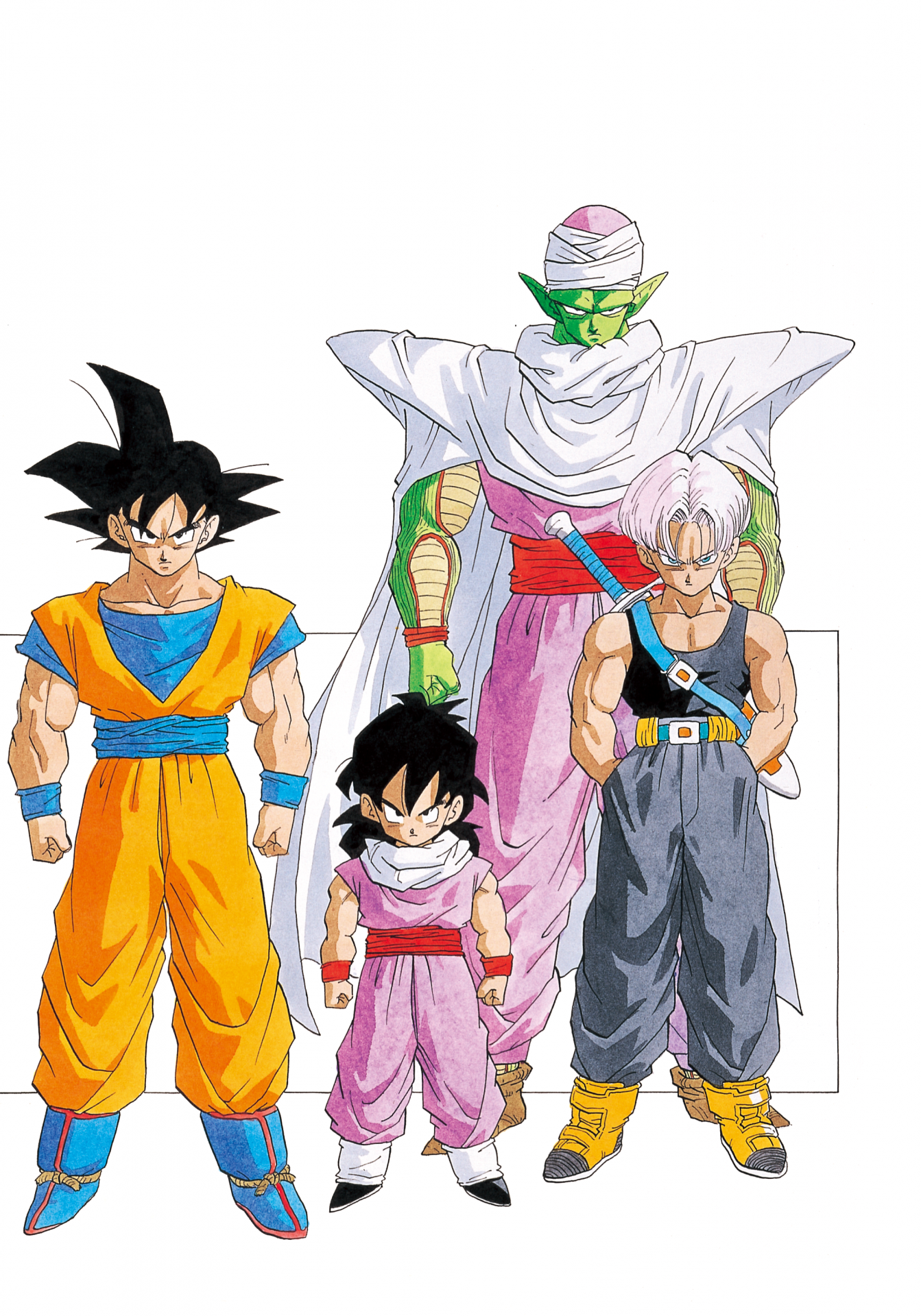 This first uniform was made by Piccolo for Gohan during the one year they trained together before Vegeta and Nappa came to Earth. It sure pops up a lot in the series, doesn't it? It doesn't have a cloak and shoulder pads like Piccolo's uniform does, but instead features a scarf-like garment around his neck. However, Gohan did eventually receive a full Piccolo-style uniform after he emerged from training in the Room of Spirit and Time. The sleeveless design makes it easy to fight in, especially if you remove the cape like Gohan did when fighting Cell. This outfit seems to be a favorite of Gohan's, as he has even gone so far as to make one himself! 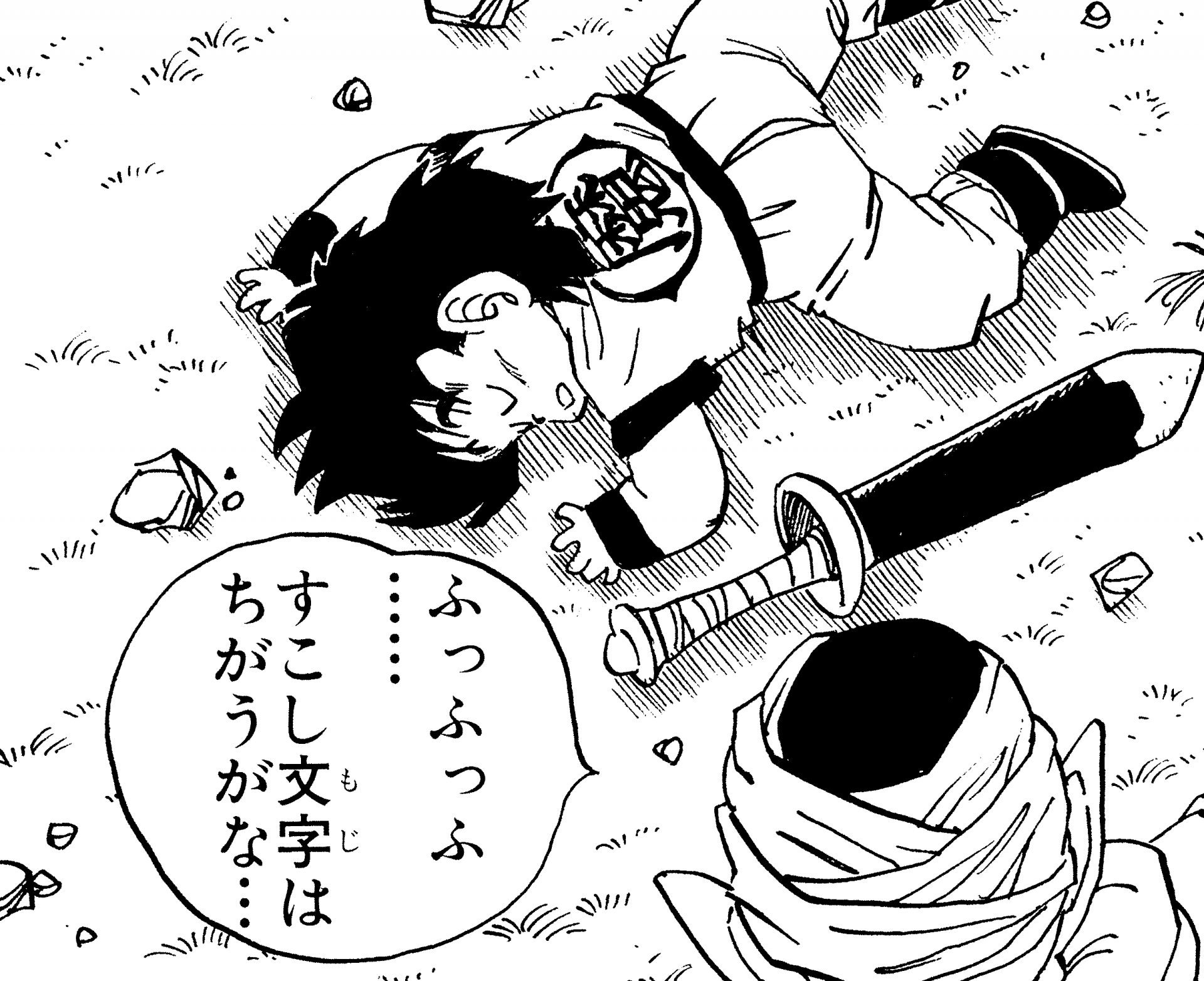 In addition to this style, Gohan sometimes wears an outfit similar to his father's Kame School uniform. Piccolo made this one for him too, as he'd transformed into a Great Ape during their training and destroyed the clothes he was wearing. The design is almost identical to that of the Kame School uniform, but the symbol on the chest and back is not the typical "Turtle" kanji, but instead the kanji for "Demon." After Gohan's latent power was unlocked by the Elder Kai, Kibito made him a new uniform that matched Goku's for his fight against Majin Buu. 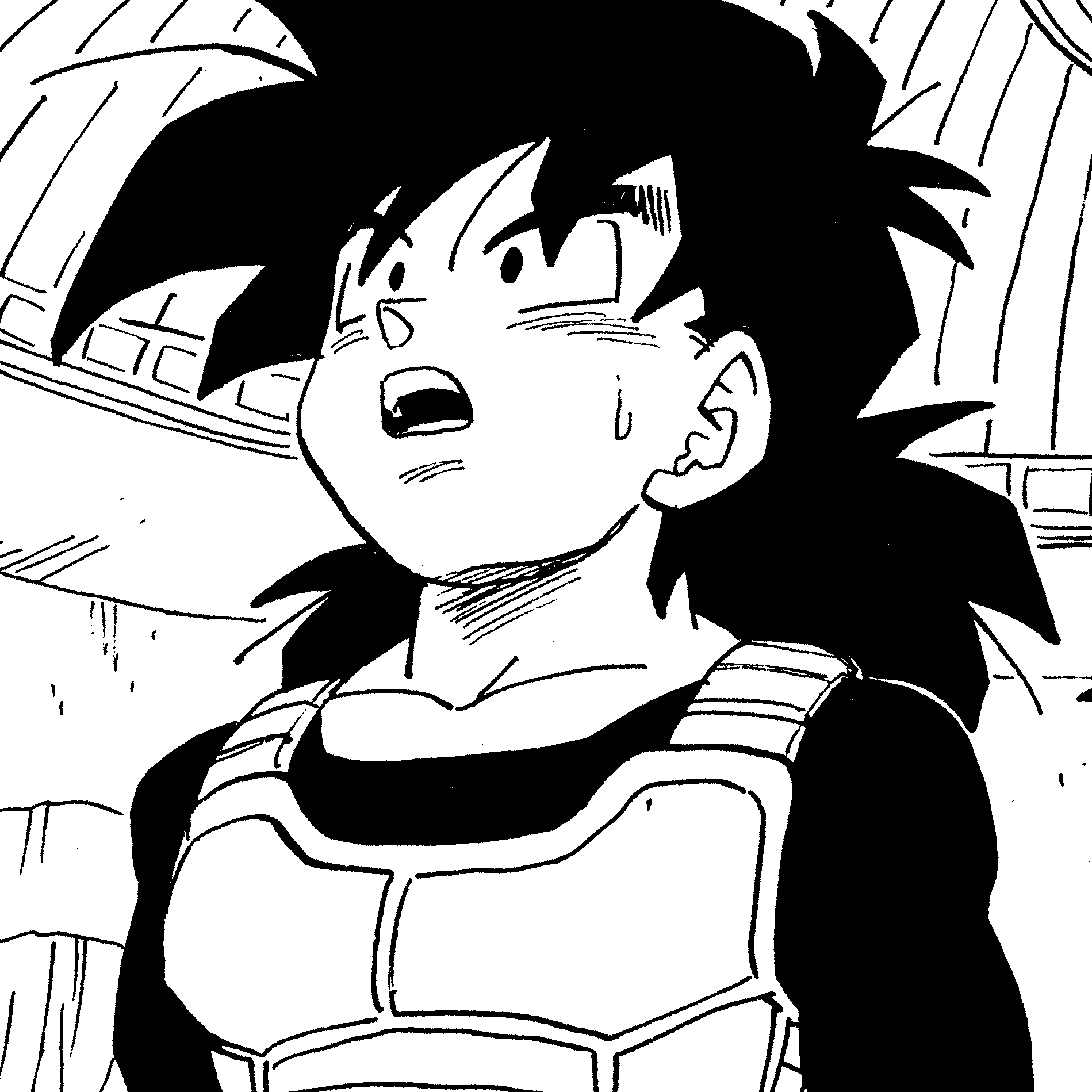 Although this battle armor might bring Frieza's underlings to mind, Gohan has actually worn it as well! He first wore it on Planet Namek upon Vegeta's insistence that he'd need the extra protection. As Gohan was still on the shorter side at the time, the battle armor he received was a small size made for the people of Planet Lilliput. Gohan seemed to like the functionality of this outfit and kept it after returning to Earth, and then donned it once more during Frieza's attack. He also uses a version of battle armor without shoulder pads designed by Bulma during his training in the Room of Spirit and Time. 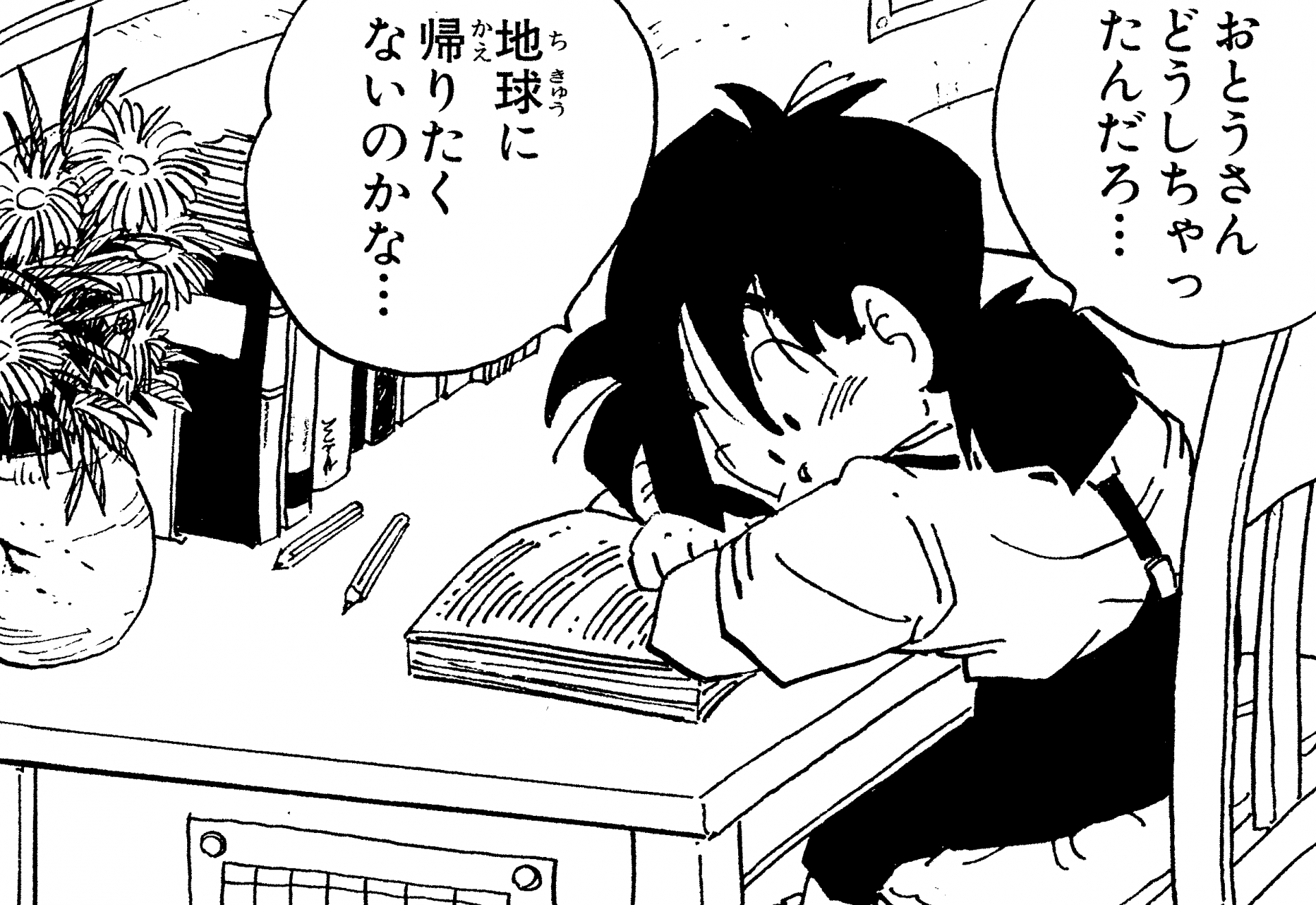 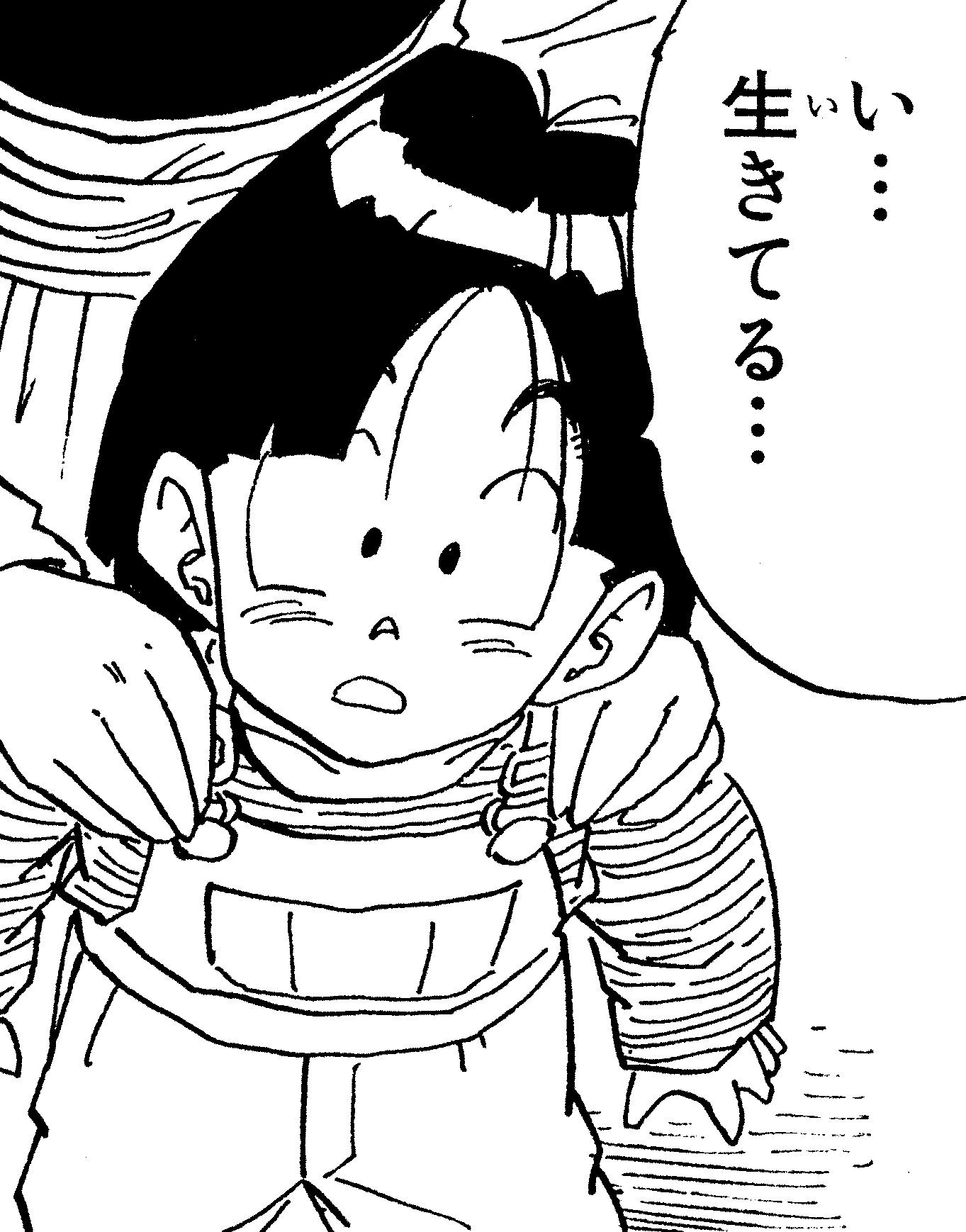 When Gohan was around 5-6 years old he wore pants with suspenders as well as overalls. His hair was also parted in the center, giving him a more serious look! At this young age, his clothing choices were surely influenced by his very passionate mom, Chichi. 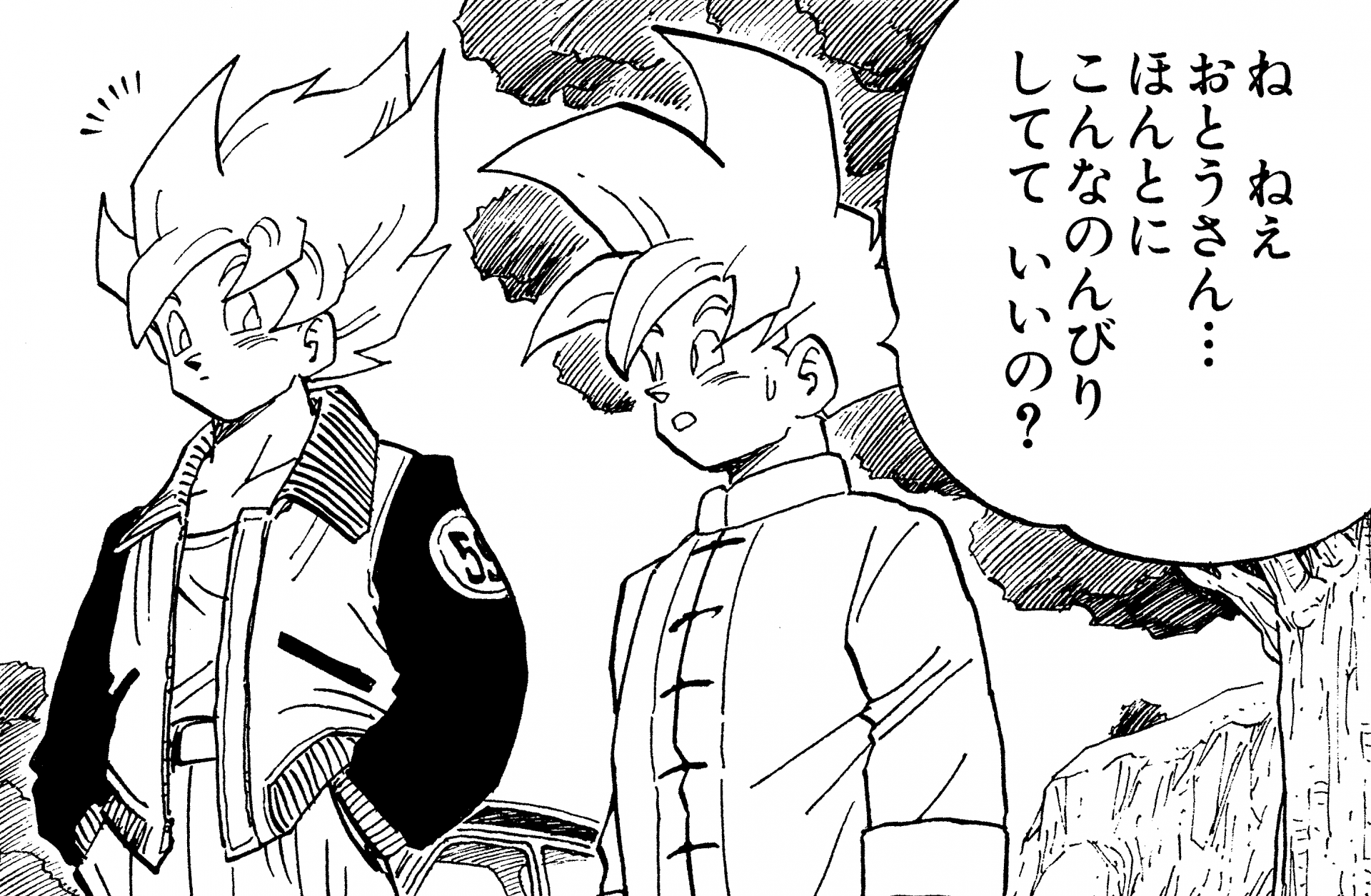 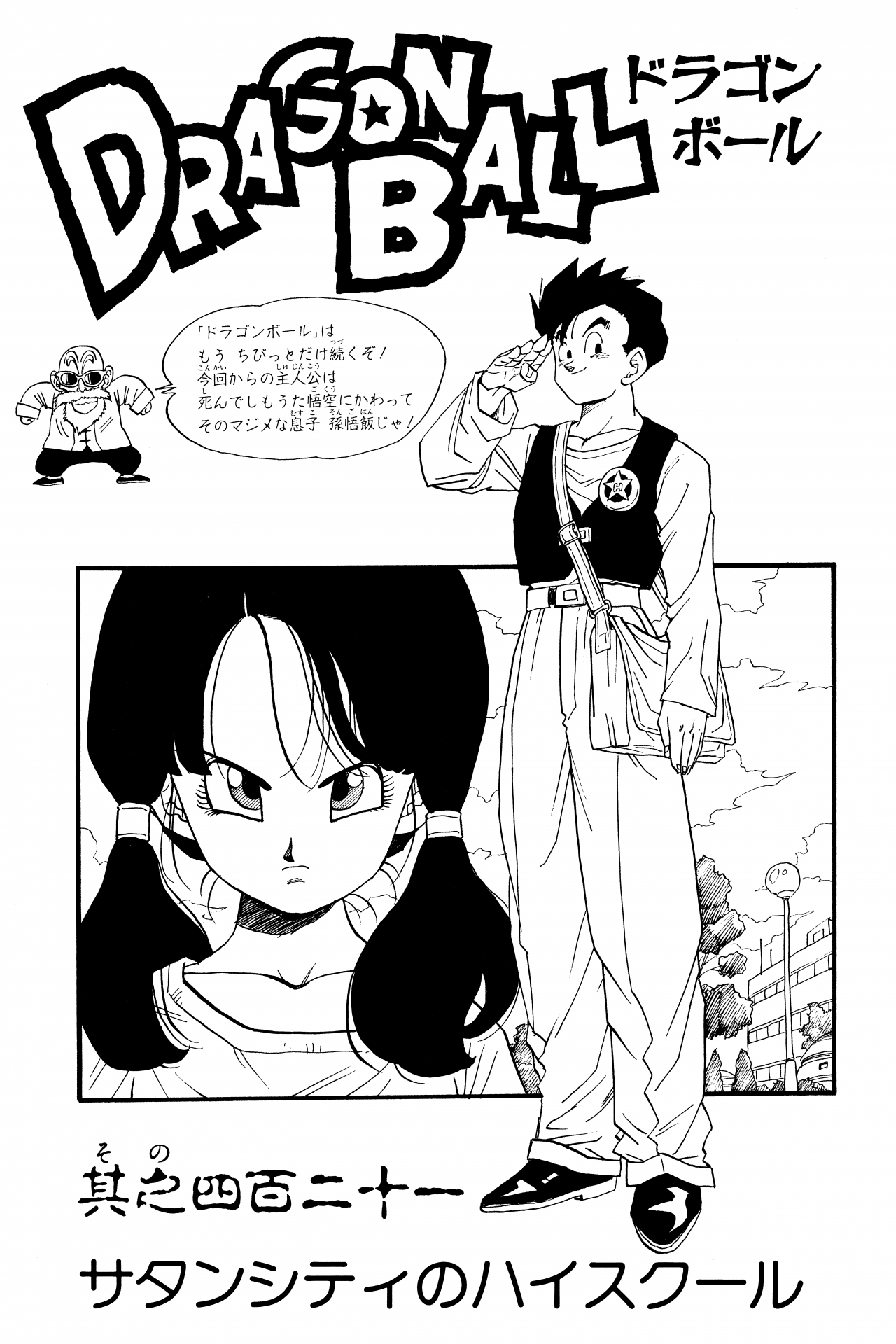 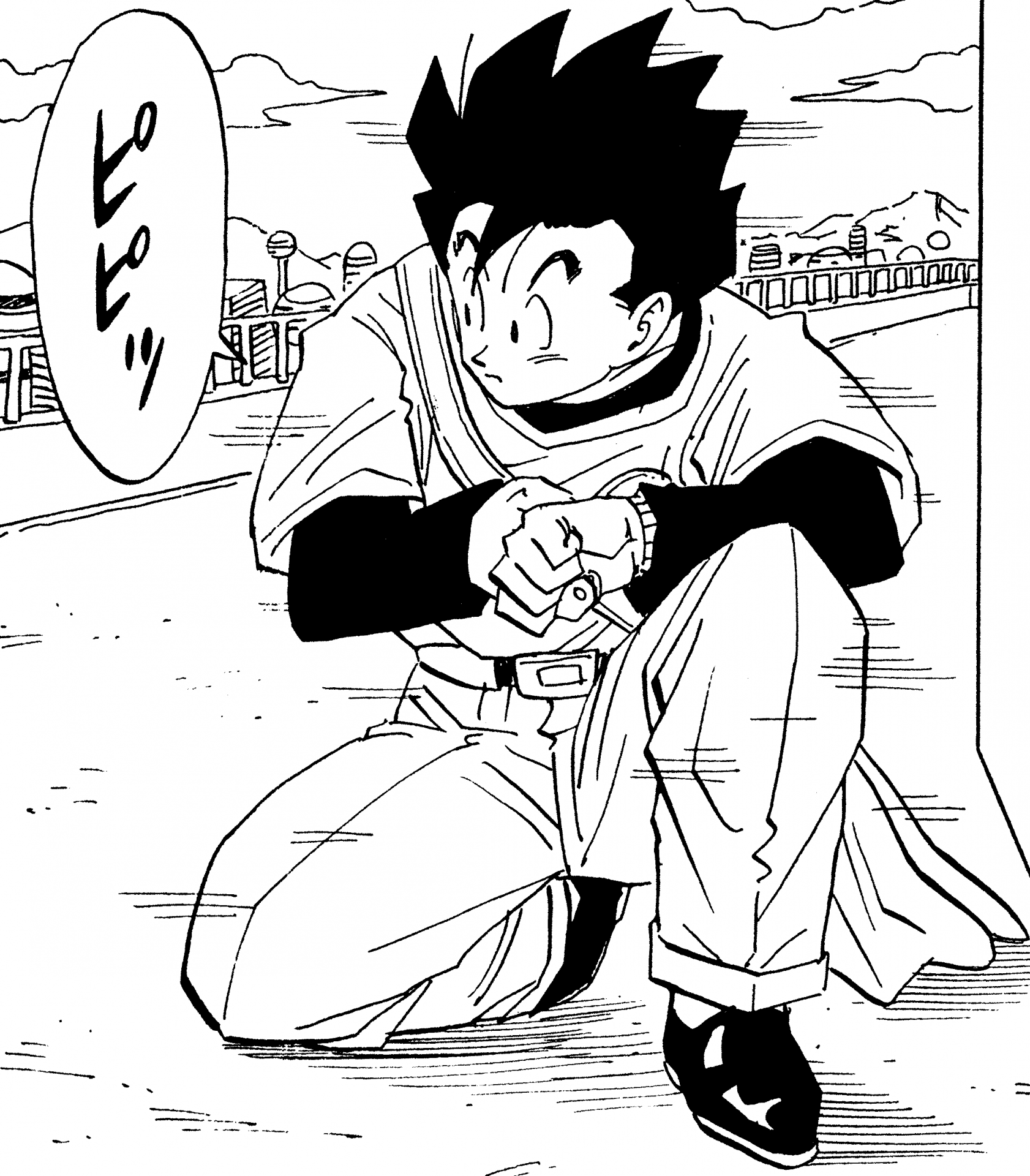 Teenage Gohan, on the other hand, wore layers of long t-shirts that gave him a more casual style. The convenience of these practical outfits made it easy for Gohan to vanquish evil-doers on his way to and from school. However, you can still tell from the way he tucked his shirt into his pants that he was a very proper boy who had a good upbringing! 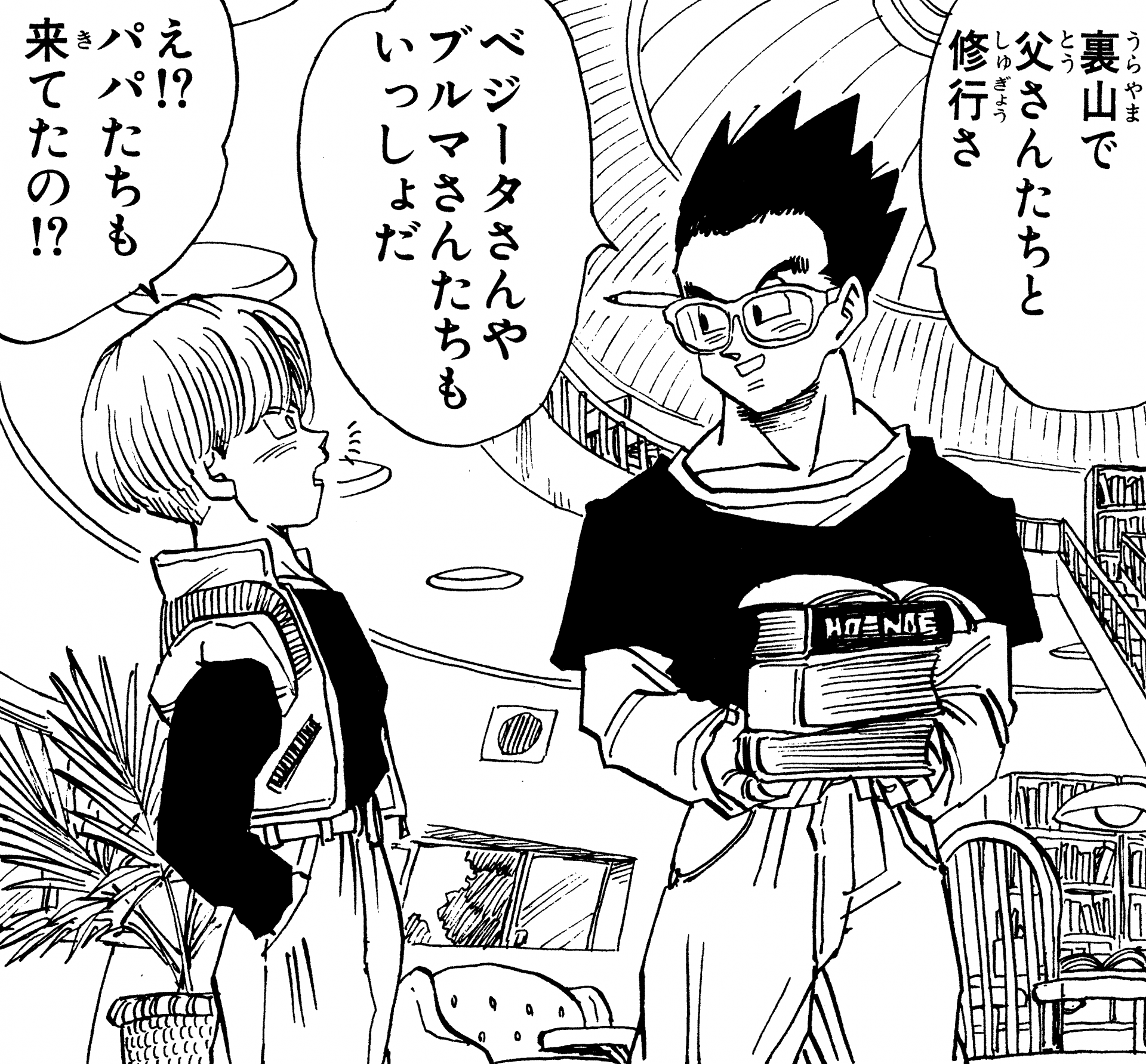 Though now a scholar and a family man, Gohan's preference for casual style hasn't changed much from his high school days! When his daughter, Pan, took part in the Tenkaichi Budokai, Gohan sported a simple shirt paired with a cardigan. He also started wearing glasses around this time—this square-framed pair giving him a very mature and settled-down appearance—and slicking his hair back, making him truly look the part of a regular old adult. 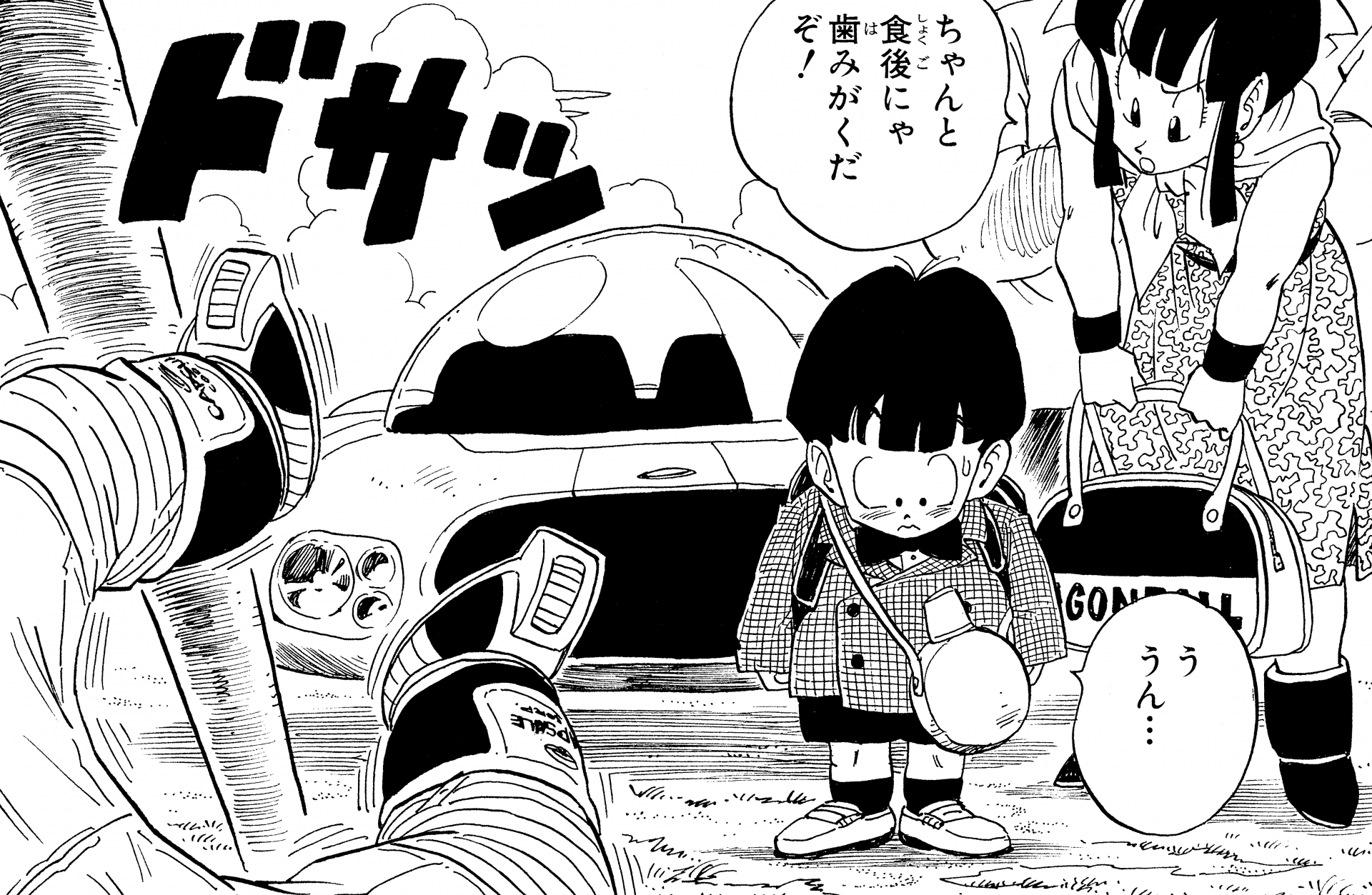 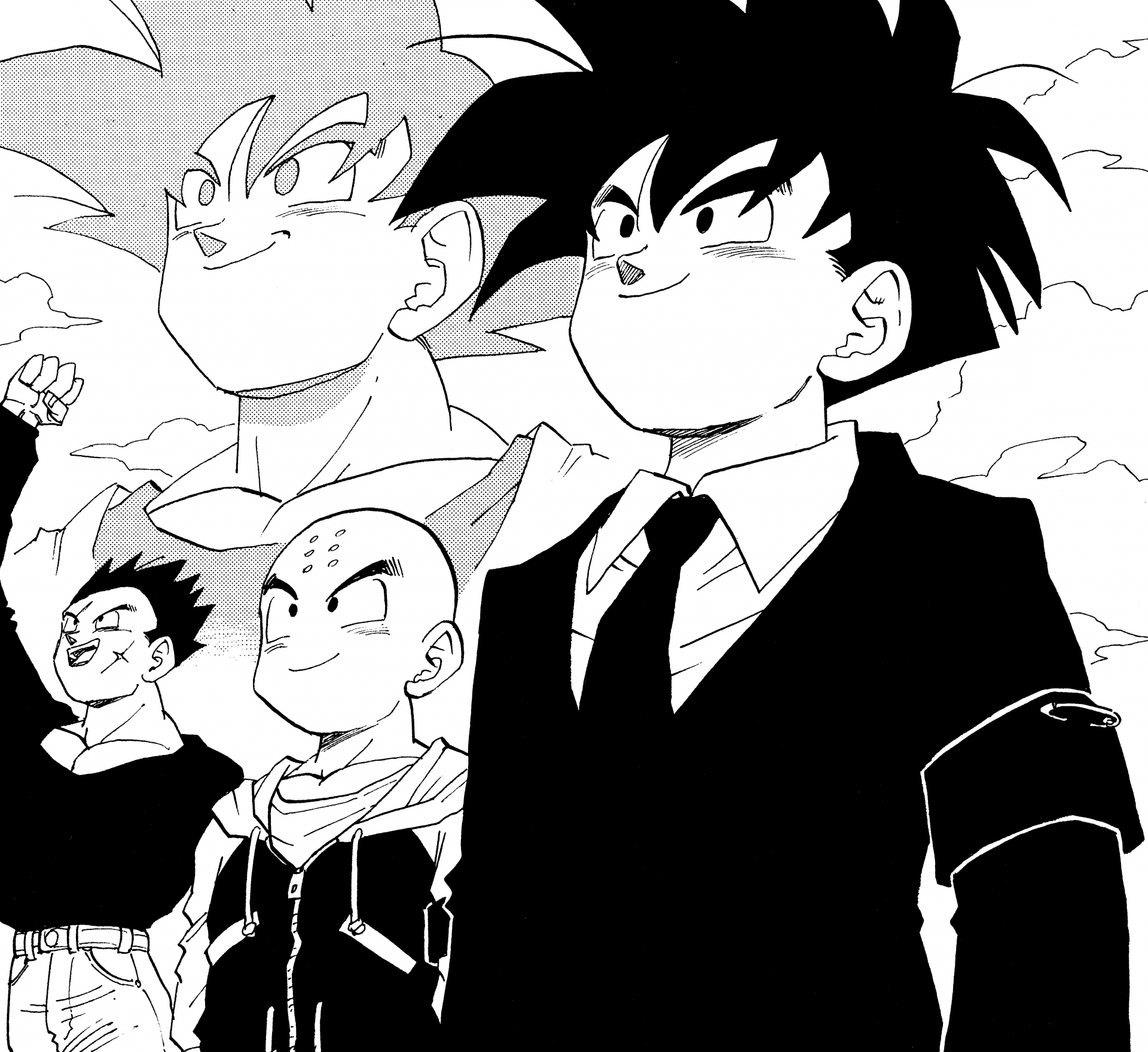 This outfit with the "Son" family mark on its chest was what Gohan wore during his first appearance in the series. It has an opening in the back for Gohan's tail, and isn't the hat with Grandpa Gohan's Four-Star Ball on it adorable?! When the crew went to Planet Namek, Chichi made him wear an outfit that featured a bowtie and gave him a bowl cut, as if he was heading to a fancy party! Finally, the day after Goku's death, Gohan wore this solemn black suit, presumably to attend his father's funeral. 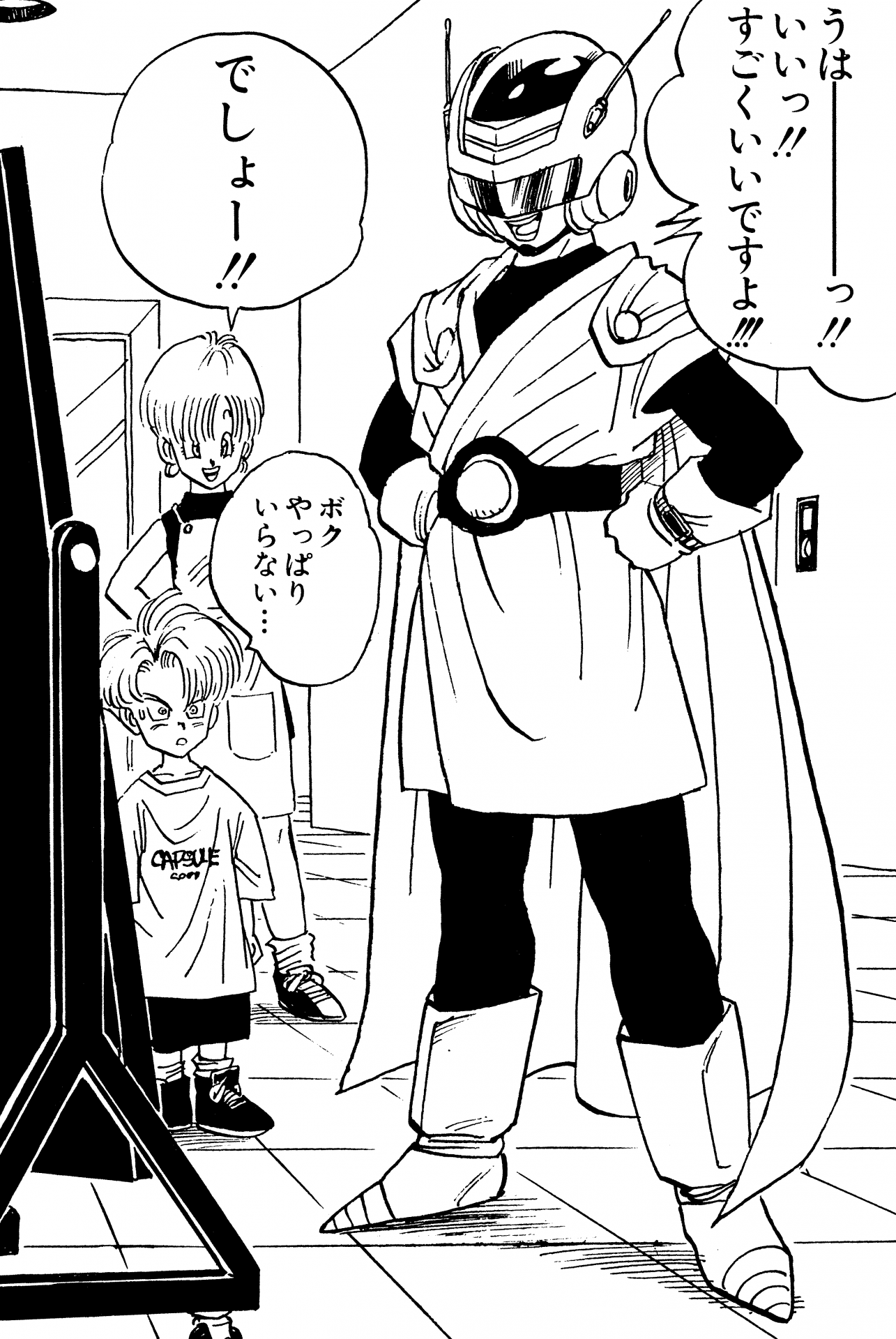 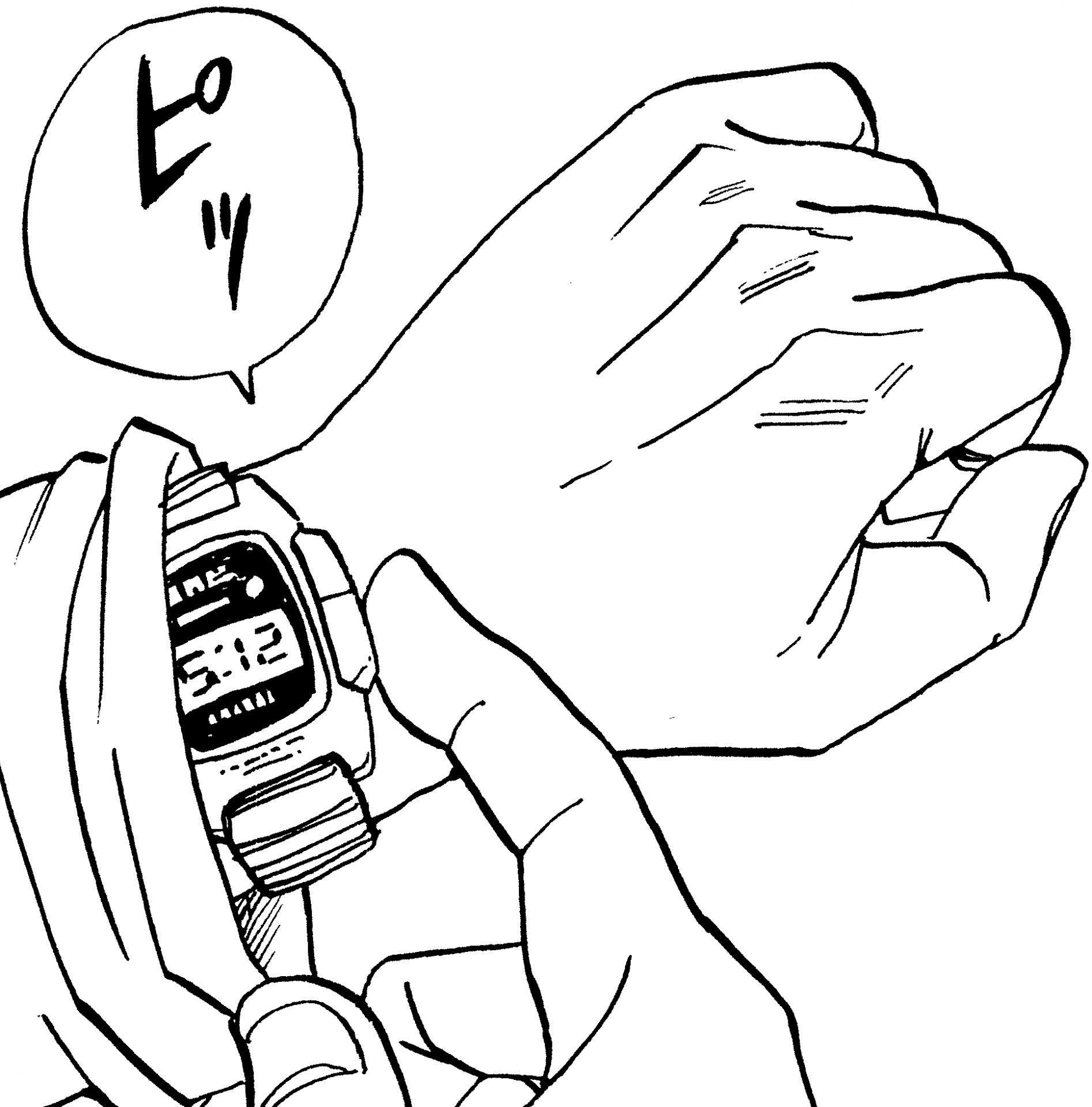 Destroyer of evil! Hero of justice! This is Gohan's Great Saiyaman costume from his high school days. Krillin and Piccolo weren't too impressed by the costume, but Gohan seemed to really like it. It was designed by Bulma, so perhaps their sense of style is closer than you'd think! By the way, his Transformation Watch is also a fully functioning digital wristwatch, suiting Gohan's penchant for practicality. He entered the Tenkaichi Budokai in this outfit, but since helmets weren't permitted, he swapped his out for sunglasses and a bandana instead. 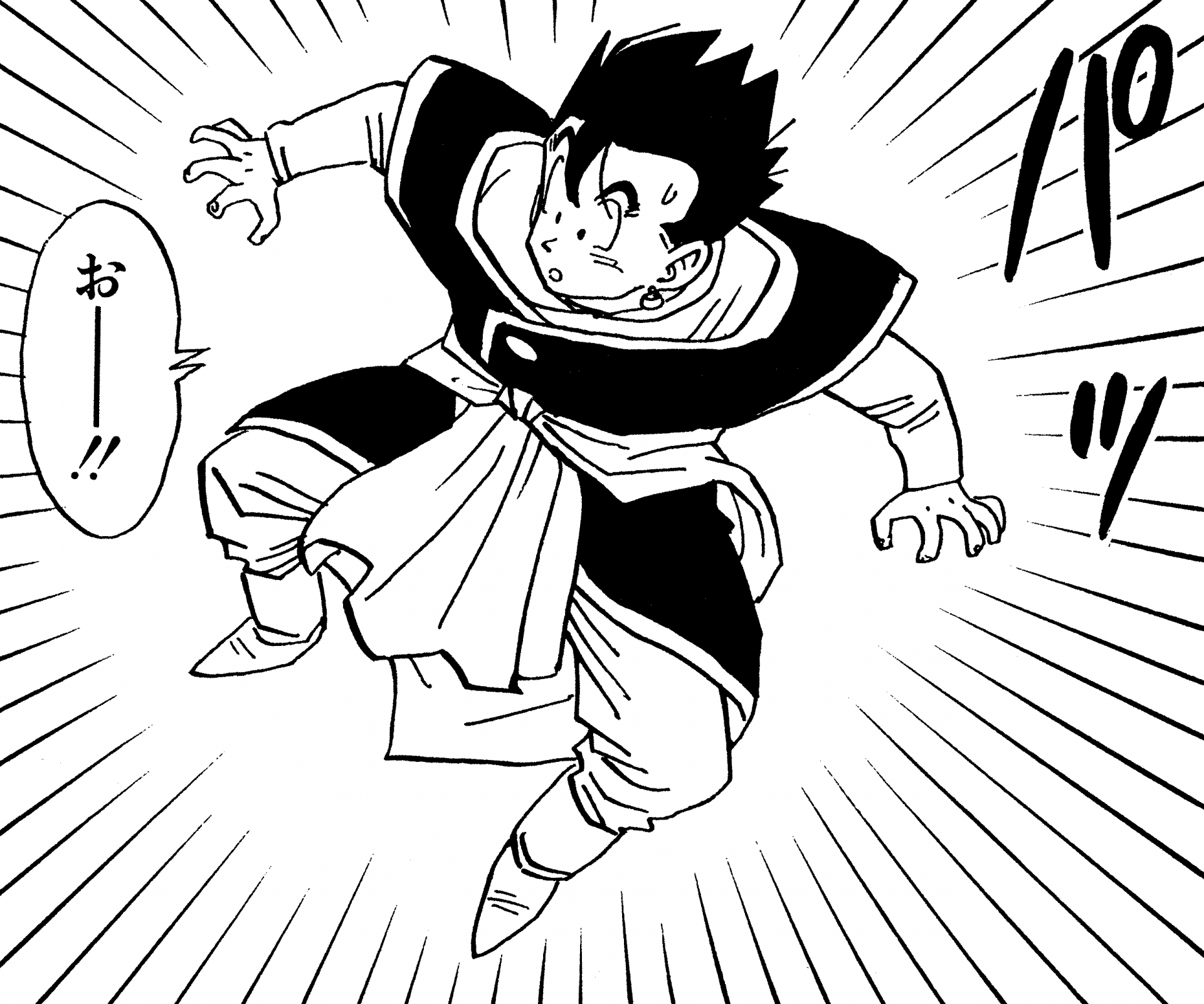 Kibito couldn't look past the tattered rags Gohan was left in after fighting Majin Buu, and so took the liberty of changing up his outfit once they'd escaped to the Supreme Kai's Realm. The design is very similar to that of Kibito's own clothes, right down to the large, loose-fitting shoulders, and differs slightly from the east Supreme Kai's uniform, which has puffy sleeves and a more vest-like jacket.

That brings us to the end of this installment of Dragon Ball Fashion Check! You can see the clear influence of Piccolo in Gohan's battle outfits, showing how much respect Gohan has for his teacher. His regular clothes, on the other hand, range from casual to formal and show more diversity than the wardrobes of some of his companions.

That's all for now! See you next time!