Did everyone watch the "Comic-Con@Home 2021" panel discussion that was broadcast on July 24th (JST)?! For any of you that missed it, during the broadcast, the official title of the 2022 Dragon Ball Super movie was announced, and we got a sneak peek at some incredible concept art for the characters and settings!

There was a ton of tantalizing new info on the movie, including the reveal of its full title, "Dragon Ball Super: Super Hero", new character designs drawn by Akira Toriyama himself, as well as a super-slick video clip of Goku!

What I'd like to shine a spotlight on in today's Namek Editorial is the concept art for Piccolo and his house!! As the head of the site's Namek branch, the excitement of being blessed with all this new Piccolo-related info is too much to handle! It's that excitement I'd like to share with everyone today.

Toriyama's Iconic Color Design Is Back!

First, be sure to check out the character design for Piccolo in the archive footage of the broadcast above! In the new movie, Piccolo's design will be a closer match to Toriyama's original design than it has been throughout the long history of Dragon Ball anime and movies!
Up until the most recent Dragon Ball Super movie, "Dragon Ball Super: Broly", certain parts of Piccolo's arms were colored pink, and his belt was blue. However, if we take a closer look back at Toriyama's original illustrations, his arm highlights are yellow, and his belt is red. 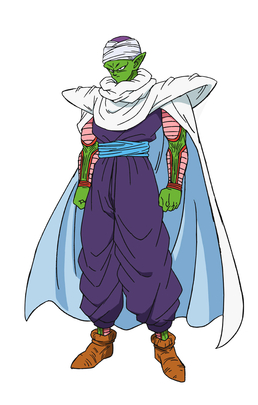 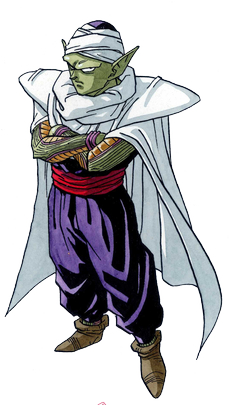 Don't get me wrong, I'm a huge fan of the pink-armed Piccolo, but perhaps the change in color palette to more closely resemble the original illustrations had something to do with the fact that Toriyama has been more involved with this new movie than he has with any other so far.
Plus, it seems that the location of the yellow parts has changed as well. There's now just one part occupying his upper arm, and the part on his ankle is now focused around his Achilles' heel. I still can't take my eyes off this simply amazing character design!

Piccolo Really Does Have a House?!

In addition to the character design, an image of Piccolo's house was also unveiled!! Thinking back on Piccolo's lifestyle so far, it was a big shock to see that he actually has a house!

Let's take a trip down memory lane, to a time even before Piccolo went by the name Great Demon King Piccolo, back to his childhood, when he was still merged with Kami. He spent 20 to 30 years living at the edge of the Earth, in the Yunzabit Highlands, with nothing but a derelict spaceship to call home. 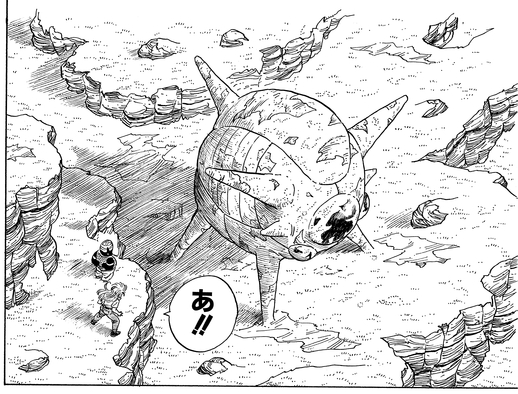 A few hundred years later, after Great Demon King Piccolo was defeated by Goku, Piccolo completely fell off the grid. Jumping further ahead to after he had fused with Kami, he found himself living in Kami's Palace. 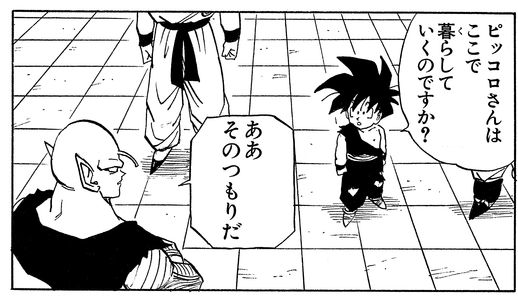 Sadly, that's all the information contained in the manga, but at the time of the "Dragon Ball Z: Resurrection 'F'" movie's release, it was revealed by Akira Toriyama that Piccolo had been living in a Mr. Satan-owned mountain, not all that far from Gohan's house.

Which brings us up to the present, where, at last, Piccolo's actual house has been unveiled!! Surrounded by rocks and trees, isn't it just the perfect spot for the solitude-seeking Piccolo?! I can't get over the fact that even in such a remote location, he still has a mailbox! The house was designed by Toriyama and wouldn't be the slightest bit out of place on Planet Namek, bearing a striking resemblance in particular to Saichoro's abode. 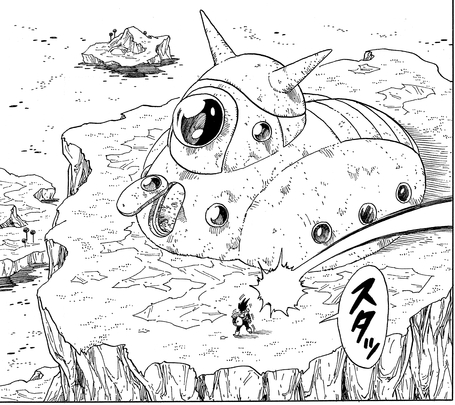 In the new movie, it seems like we might even get the chance to venture inside Piccolo's house! All of us here at the Namek branch simply can't wait for the 2022 release!
Be sure to keep yourself up to date on all the latest "Dragon Ball Super: Super Hero" info right here on the Dragon Ball Official Site as well as on the movie's official website below!