The Weekly ☆ Character Showcase is an article series where we introduce one character from the Dragon Ball universe each week. This week, the mischievous little monk Krillin takes to the stage! 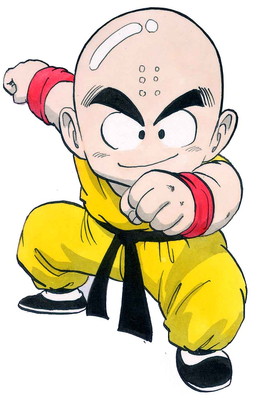 As a young lad, Krillin set his sights on becoming a strong martial artist in order to improve his luck with the ladies.
Thus, he traveled all the way to Kame House to become one of Kamesennin's pupils, which is where he first met Goku. 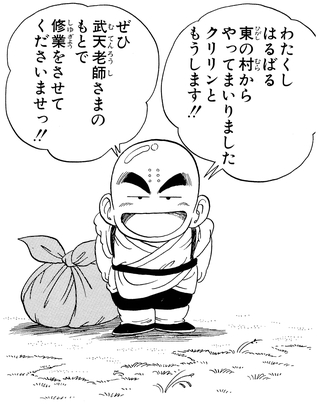 Krillin can be a little underhanded and sneaky. No time was this more apparent than when Kamesennin threw a stone with the turtle mark into the jungle as a training exercise to see who would become his pupil. After Goku found the stone, Krillin snatched it away and ran like the wind to try and claim victory for himself. 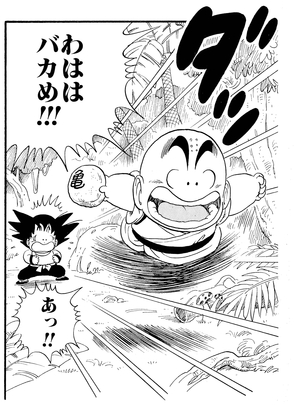 Krillin braved the Kame School's harsh training together with Goku, becoming much stronger and eventually entering the 21st Tenkaichi Budokai. 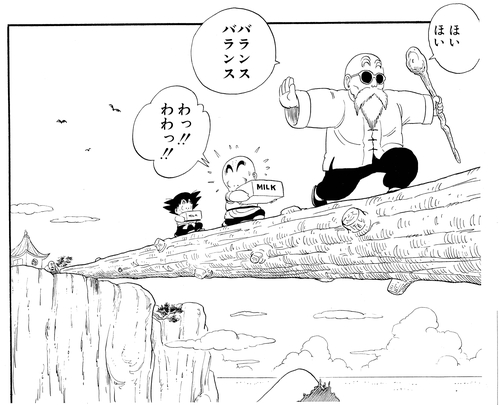 During the preliminaries, Krillin was able to prove just how strong he'd become when he sent one of his former bullies from his days at Orin Temple flying out of bounds with just one kick.
In his first match of the main tournament, Krillin found himself reeling from Bacterian and his wretched body odor. That is until Goku reminded Krillin he doesn't have a nose to smell the putrid stench with, allowing Krillin to claim victory over his gargantuan opponent with a stink bomb of his own. 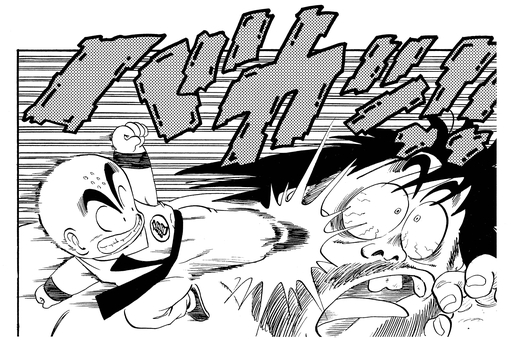 In his subsequent match, Krillin faced off against Kamesennin, who was disguised as a fighter named Jackie Chun.
Despite Jackie's overwhelming strength, Krillin managed to briefly gain the upper hand by distracting the old lecher with a pair of girls' panties.
He used the opportunity to land a kick that sent his opponent flying out of the ring, but Jackie propelled himself back in bounds using the Kamehameha and defeated Krillin with a devastating blow. 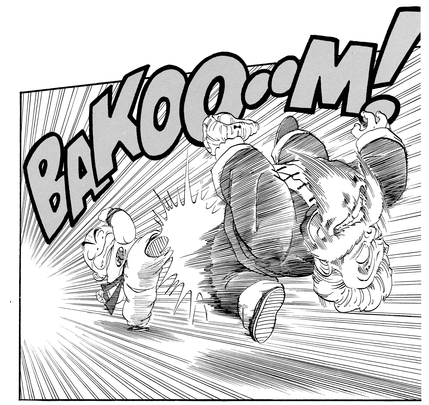 21st Tournament: Defeated in the semifinals

Krillin's hairlessness may be one of his trademarks, but he's not actually bald. As a dedicated student of the martial arts, Krillin keeps his round head clean-shaven in order to "unfetter his Ki". The same does not apply to Kamesennin, however—he's just a bald old man. 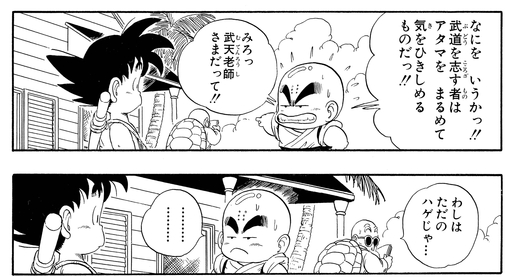 →Preview: Next week's character has something in common with Krillin—a distinctive forehead of their own!