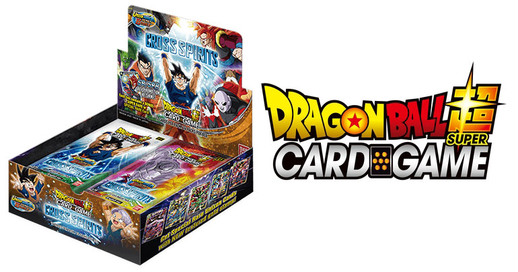 A new set has been released for the Dragon Ball Super Card Game! It's available worldwide, excluding Japan and certain other regions.
"CROSS SPIRITS" is the latest set in "Unison Warrior Series -BOOST-", which is itself a powered-up version of the hit "Unison Warrior Series"! The new set features tons of warriors from the Universe Survival Arc as well as the special debut appearance of "Super Saiyan 4 Gogeta: Xeno"!

Check out the promo video for "CROSS SPIRITS" below!

*Video available in English only.