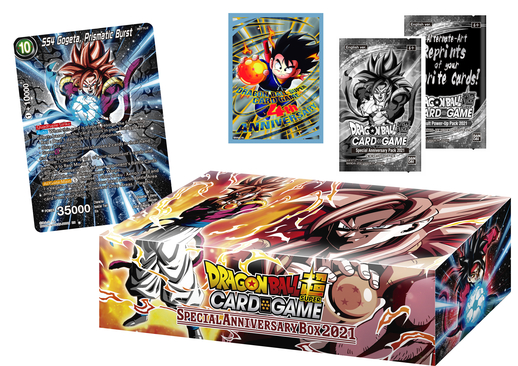 There are four different card storage boxes available with brand-new designs, such as Super Saiyan 4 Gogeta, the Evil Shinrons, and more!
The set will bolster your collection with a total of 96 cards, including an anniversary pack featuring popular cards with a new look! Plus, you'll also randomly receive one of four sets of card sleeves featuring unmissable designs like "4th Anniversary Goku" and player-favorite cards from past sets!

You can check out the full details on Bandai's English site below!
http://www.dbs-cardgame.com/us-en/product/dbs-es19.php

*Not available in certain regions, including Japan.