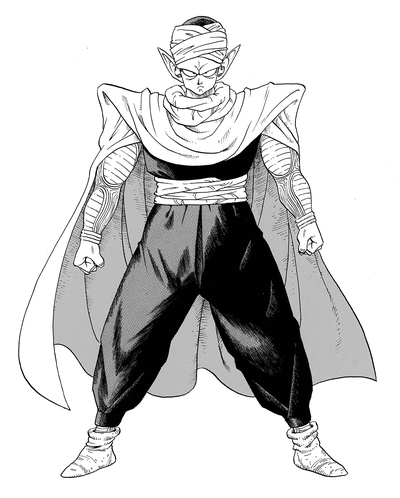 Piccolo is the offspring (or perhaps it's more accurate to say reincarnation?!) of Great Demon King Piccolo, who spawned him after his final battle with Goku, moments before his death. 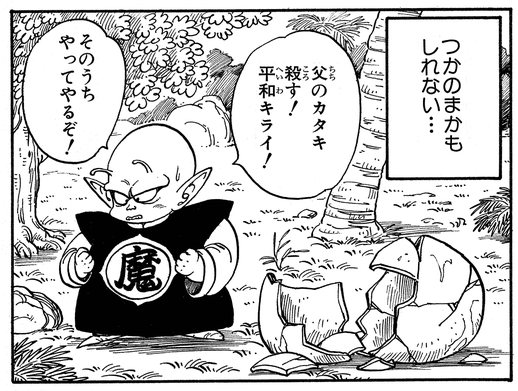 Plotting his revenge against Goku, Piccolo entered the 23rd Tenkaichi Budokai under the pseudonym "Majunior".
In the first round, he prevailed against Krillin after dodging his Kamehameha with a well-timed Zanzo-Ken (Afterimage). The second round saw Piccolo in hot water as he went up against Kami, who had taken over Shen's body with the objective of sealing Piccolo away. However, Piccolo was ready and countered Kami's Mafu-ba with a spectacular Mafu-ba: Mafu-ba Reversal, resulting in Kami being sealed instead and Piccolo emerging as the victor. 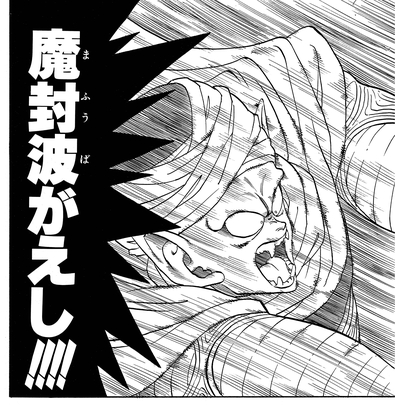 Piccolo finally got his chance to take down Goku in the grand finals. With strength far surpassing that which Great Demon King Piccolo ever dreamt of and a seething hatred of Goku, he launched his assault upon the young Saiyan.
In the chaos of a battle that saw the tournament arena blown out of existence, Piccolo was eventually downed by a defiant Goku. However, the Demon King's successor was not done yet! He managed to stand and, bringing himself back from the brink, managed to land a devastating blow on Goku. 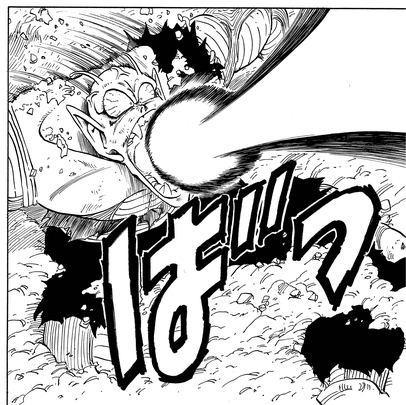 With Goku rendered all but unable to move, Piccolo fired one final attack from above, and the match seemed like it had reached a grim conclusion in Piccolo's favor. However, in a surprising twist, he was suddenly smashed out of bounds by a desperate tackle from Goku, who had actually evaded Piccolo's attack with Buku-Jutsu (the Levitation Technique)! 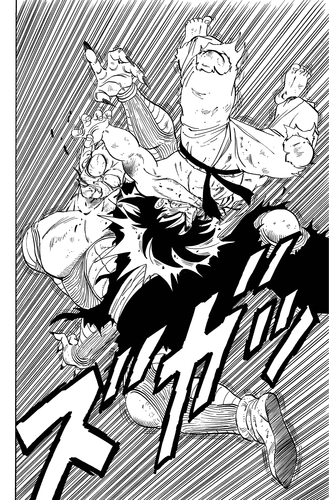 When Kami is about to finish off Piccolo for good, Goku intervenes, opting to spare him and restore his strength with a Senzu bean. Piccolo decides to withdraw and flies off—but not before swearing that he would one day exact vengeance on the boy who slayed his father and achieve his goal of world domination!

Piccolo can speak the same language as Kami!

At the 23rd Tenkaichi Budokai, Piccolo is able to read Shen's mind and discover that Kami had taken over his body. It was then that Piccolo and Kami exchanged words in a mysterious language that no Earthling could comprehend—a language that was later revealed to in fact be Namekian! 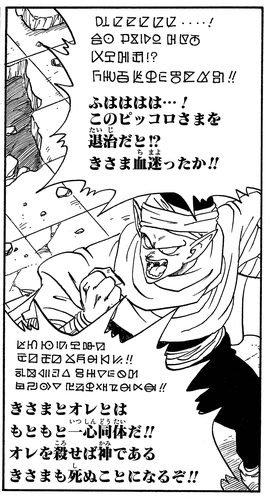 →Preview: Next week's character is a special someone who had a hand in changing Piccolo for the better!