Welcome back to Dragon Ball-ism: Toriyama Showcase!
This is a series where we discuss some of Akira Toriyama's various short stories and one-shot works.
This time, we're taking a look at a two-part tale about a weird little alien with aspirations of world domination called Alien X-Peke. 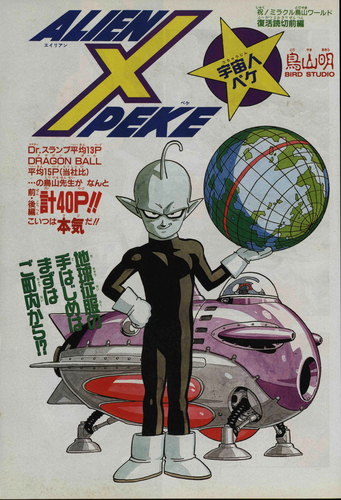 Running for just two chapters and with the tagline "Rejoice! Miracle Toriyama World Complete Stories Have Returned", this was Toriyama's first manga after Dragon Ball ended a year and a half prior, regarding which Toriyama himself commented, "I felt a little rusty." It's essentially a short gag manga, not unlike the author's earlier works, and focuses on a peculiar alien named Peke, his quest to subjugate the Earth, and the strange encounters he has with the earthlings he meets.

He Couldn't Possibly Be Namekian?! Peke Makes a Big Splash on Earth!!

The story takes place over a three-month period and follows Peke as he works a part-time job while searching for his spaceship that crashed when he was attempting to conquer our planet. 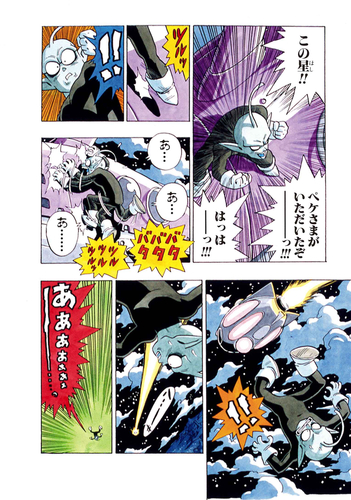 Peke is forced to adapt to life on Earth, but his strange appearance makes him stand out no matter where he goes!
Young women he passes on the street even mistake him for an insect or some sort of robot.
Peke has a lot of pride because he's apparently an elite back where he's from, and so the less-than-reverent treatment he receives on Earth has him constantly disgruntled.

Peke also has a couple of unusual physical abilities.
He has complete motor control of the antenna on his head, and he can even attack others by shooting balls of bodily waste from his mouth. 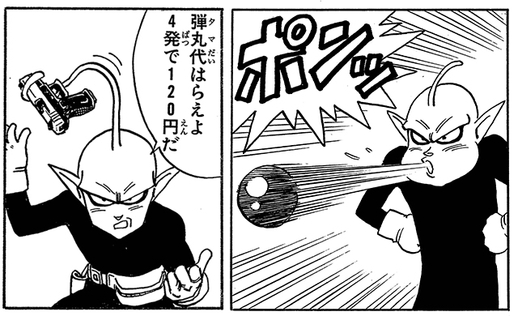 Not only does Peke look just like a member of the proud Namekian race from Dragon Ball, but he also shares their ability to survive solely on liquids (preferably juice!).
He might have a bit of an attitude problem, but he's also strong and capable of kindness—not unlike a certain Namekian warrior we know. 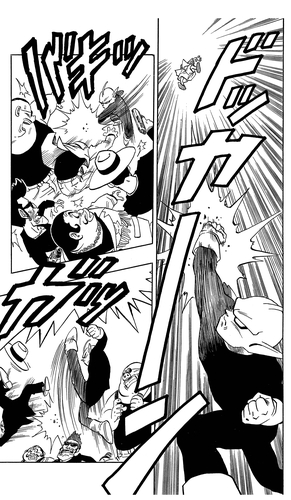 Speaking of Piccolo, he also tends to encounter people who question his health for looking a little green in the face too, doesn't he? 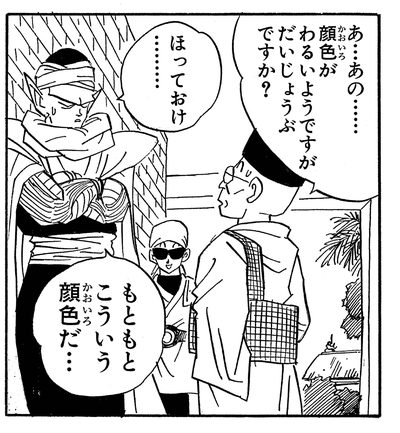 Check out the comics for yourself to learn more about Peke's strange biology and how his story unfolds! 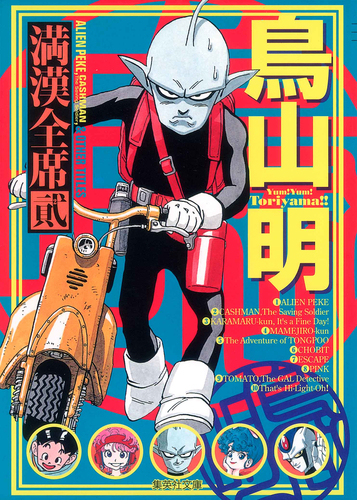