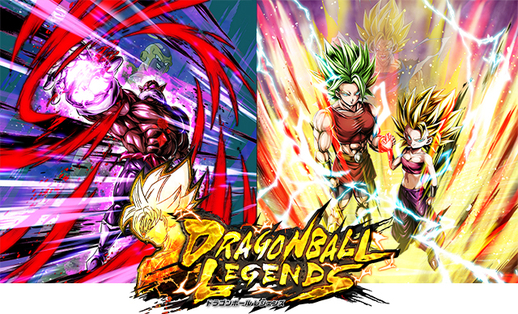 "Dragon Ball Legends Strategy Talk" is a series that takes newly released characters from the app game "Dragon Ball Legends" and puts them under the microscope! This time, we've been busy gathering all the data available on these two new characters and are looking forward to sharing our analysis with you all! 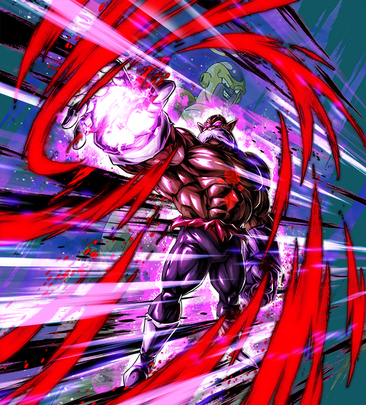 First up is God of Destruction Toppo (Element: GRN)!!
When battle starts, he gets a 90% inflicted damage boost and receives a 20% cut to all damage received, providing this ranged-type attacker with both deadly firepower and a fearsome defense! When he enters the battlefield, he restores Ki while also reducing his Blast Arts cost and damage received. He also inflicts all enemies with 2 substitution counts (activates 4 times). Block your opponent's ability to switch out and land a decisive blow with God of Destruction Toppo!

▼Main Ability
・Destroys all of your own cards and draws his Ultimate Arts Card next. Increases Ultimate damage inflicted based on the number of Arts Cards destroyed. In addition, it also restores own health by 30% and Ki by 50.

Master of both attack and defense, God of Destruction Toppo! Switch him in mid-battle and laugh maniacally as he sweeps your opponent's helpless fighters!! 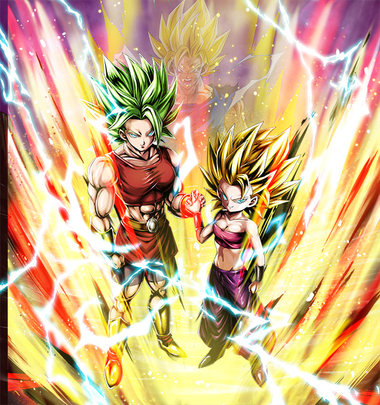 Our second character today is Super Saiyan 2 Caulifla: Kale (Assist) (Element: YEL)!!
She's a ranged-type character who gets a helping hand from Kale! When she lands a hit with her Blast Arts, she'll inflict the enemy with an Attribute Downgrade that increases their Strike Arts cost by a whopping 50. By utilizing her Special Arts, she can restore her own Vanishing Gauge and more, allowing her to remain on the battlefield for extended periods of time. Plus, after a certain amount of time passes from battle start, she'll gain some incredible buffs! Stand strong on the battlefield while bombarding your foe with Blast Arts and watch them squirm as they struggle to accept their own defeat at the hands of Super Saiyan 2 Caulifla!

▼Main Ability
・Restores own health by 30% and Ki by 40, increases own damage inflicted by 20% and Ki recovery by 60%, and draws her Ultimate Arts Card next.

▼Special Arts
Draw a Special Move Arts card next. Restores own Ki by 50, restores own Vanishing Gauge by 60%, and applies Attribute Upgrade "-30% to enemy's 'Sustained Damage CUT' effects" to self.

▼Ultimate Arts
Upon activation, nullifies enemy's "Restores own health when it reaches 0" effects when this character attacks and increases Ultimate damage inflicted by 40%. On hit, destroys all of your cards and randomly draws 4 new ones.

This Super Saiyan excels at manipulating her foes and blocking their pitiful attempts to revive. This must-have character shines in a whole host of different parties!

Let's take a look at some characters that compliment these two lethal newcomers! 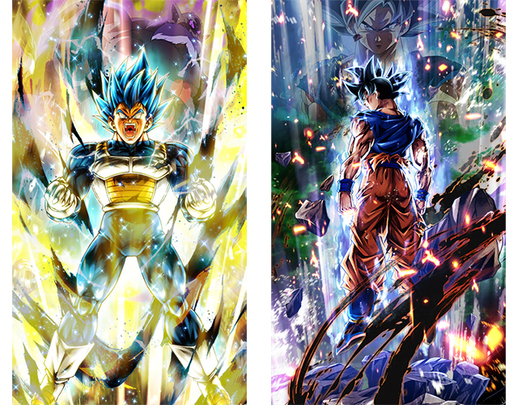 "SSGSS Evolved Vegeta" & "Ultra Instinct -Sign- Goku" are also "Episode: Universe Survival Saga (S)" characters.
SSGSS Evolved Vegeta's Z Ability increases base Blast Attack & Strike Defense for "Episode: Universe Survival Saga (S)" characters, while Ultra Instinct -Sign- Goku's Z Ability increases base Blast Attack for "Episode: Universe Survival Saga (S)" characters.
Since both God of Destruction Toppo and Super Saiyan 2 Caulifla: Kale (Assist) are ranged-type characters, these buffs are perfect to take them to the next level!
In particular, since SSGSS Evolved Vegeta's Element is YEL, he's ideally suited to take down any pesky PUR fighters that seek to use their Element advantage over the GRN God of Destruction Toppo.
By the by, if you act fast, you can still get your hands on Goku & Vegeta by playing the "THE TIME TO EVOLVE" Summon, which is set to close on September 21st.

Destroy your Opponents with this God of Destruction Toppo Party!!

Element GRN God of Destruction Toppo is primed and ready to cover for the Element RED "Bergamo" and "Dyspo" whenever a troublesome Element BLU character appears to interfere with their plans for victory.
Plus, since both characters are "Episode: Universe Survival Saga (S)", they'll receive buffs from Toppo's Z Ability!
What's more, Dispo's Z Ability gives "Tag: Rival Universe" characters a firepower boost by buffing their Blast Attack, while Bergamo's Z Ability gives "Episode: Universe Survival Saga (S)" characters extra staying power with a buff to their max base Health!

Power up Super Saiyan 2 Caulifla: Kale (Assist) with this Party! 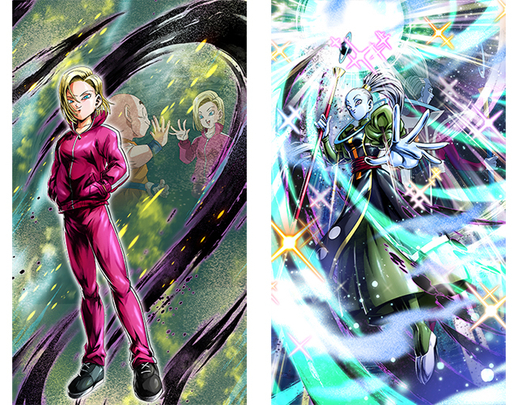 Since "Android 18" is Element BLU, she can step up to the plate any time Super Saiyan 2 Caulifla (YEL) is faced with a RED character seeking to prevail thanks to the favorable Element match up. Plus, Android 18's Z Ability buffs base Strike Defense, so Caulifla will be able to keep fighting even longer than usual! Raise Caulifla to ★3 and her Z Ability will also begin applying to "Tag: Girls" characters, giving Android 18 a helpful boost.
Train up "Vados" to ★3 and her Z Ability will apply to "Tag: Rival Universe" characters too, cranking Caulifla's Blast damage up a notch and increasing her firepower even further!

"Going Full Out"
Boost the Strike and Blast Defense of "Tag: Rival Universe" characters with this Equipment and make sure they can always go the distance!

"Explosive Clash"
This Equipment gives a deadly Blast damage bonus when there is an allied "Battle Style: Ranged Type" battle member. Equip it to a party member or to both God of Destruction Toppo and Super Saiyan 2 Caulifla: Kale (Assist) to see their firepower skyrocket.

"Here I come!"
Awaken this Equipment and Slot 1 will provide a base Blast Defense boost of up to 20%, while Slot 2 will now also increase base Strike Defense anywhere from 6～13%, giving any character who wields it an iron-wall defense!

Recruit these 2 mighty ranged attackers to your arsenal and form the ultimate "Rival Universe" and "Universe Survival Saga (S)" Party!