The long-awaited Nintendo Switch™ version of "Dragon Ball Z: Kakarot" goes on sale Wednesday, September 22nd, 2021! In celebration, we're taking a look at how the various scenes and locations from the manga were depicted in the game, breaking things down into four distinct themes. Part three brings us to one of the most beloved aspects of Dragon Ball—the destructive fight scenes!

Yamcha VS Saibaiman! Recreated Down to the Dust Clouds

Roughly one year after the battle with Raditz, Goku's older brother, came to its brutal conclusion, the battle for Earth's survival commenced once more when Vegeta & Nappa made their assault. With Goku still on his way back to the land of the living after perishing in his clash with Raditz, stopping the pair of evil Saiyans took the combined efforts of all of Earth's mightiest warriors: Gohan, who had grown unrecognizably stronger thanks to his training with Piccolo; and Yamcha, Krillin, and Tenshinhan, fresh from their merciless training under Kami.

In the chaotic battle that ensued, Nappa set the Saibaimen, plant-like creatures bred solely for war, loose on Earth's defenders. With fighting prowess that would've rivaled Raditz himself, a Saibaiman faced off with Yamcha but was swiftly defeated. However, with its last breath, it flung itself at Yamcha in a surprise attack and self-destructed. Being that it was initially Krillin who was meant to do battle against that Saibaiman, the end result was that Yamcha had effectively died in Krillin's place.

This emotional scene is now available to be experienced once again in "Dragon Ball Z: Kakarot"! The precise angles of Yamcha's body and even the puffs of dust that rose ominously as the brave warrior fell have been faithfully recreated in-game. 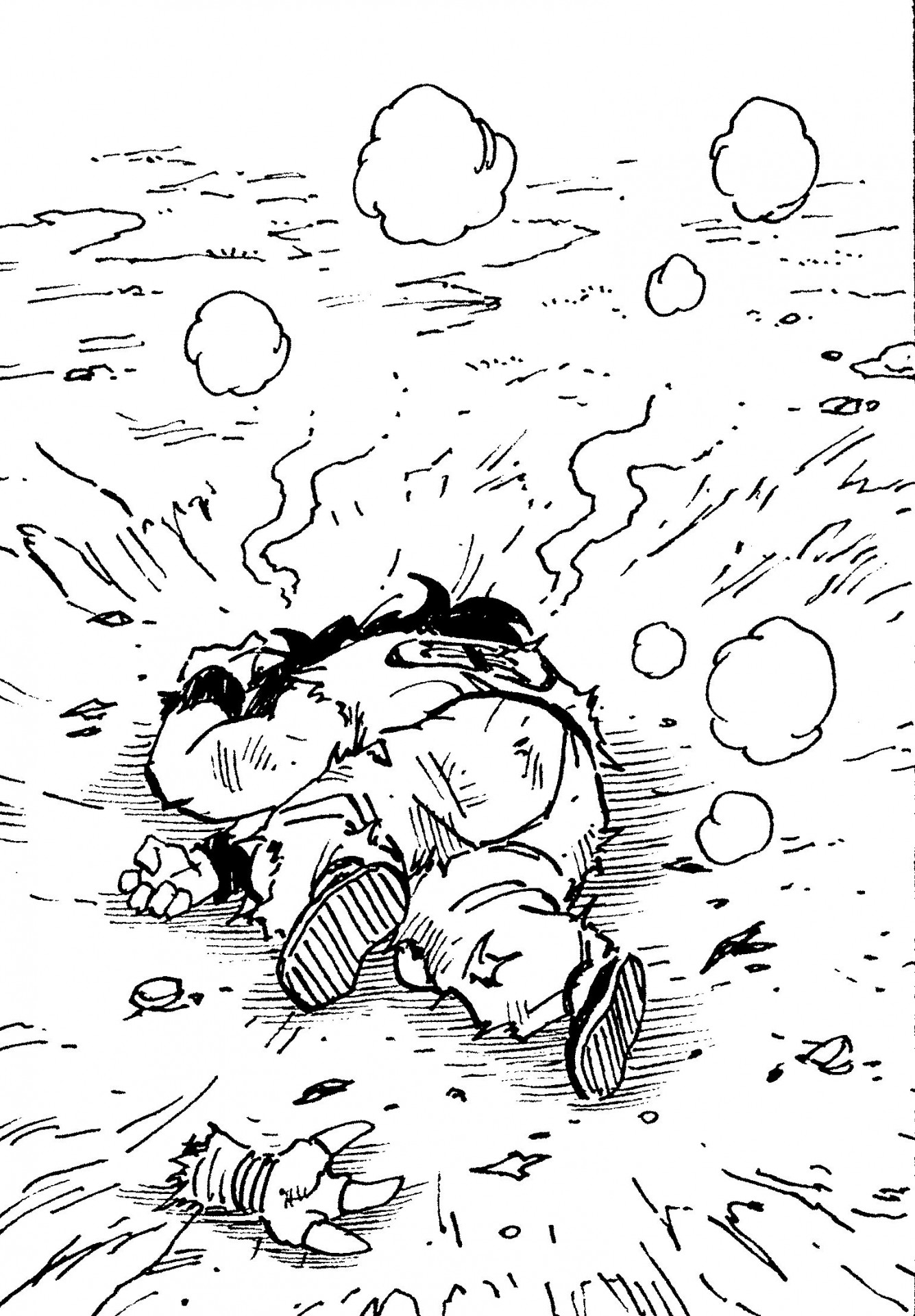 One more explosive scene we'd like to introduce is from the Frieza arc—none other than the scene where Vegeta absolutely humiliates Frieza Force soldier Kyewi with overwhelming destructive power.

Having disobeyed direct orders from Frieza, Vegeta began acting on his own volition, which resulted in him confronting his former overlord and the Frieza Force over control of the Dragon Balls. Kyewi was then sent to put an end to the rebellious Vegeta. The two were said to be of equal strength, but after his confrontation with Goku and the other warriors on Earth, Vegeta had acquired unprecedented levels of strength! Sensing his imminent defeat, Kyewi attempts to flee, but Vegeta was feeling less than benevolent and blew his foe to smithereens mid-air! As chunks of scorched Kyewi rained down from above, Vegeta couldn't resist hurling one last insult and chuckled, "Heh. Dirty fireworks," or "I've always loved fireworks" in the manga version! This breathtaking fight scene has been recreated in-game while preserving the high-tempo and heavy-hitting feel of the manga and staying true to Vegeta's finishing pose and the precise layout of the manga panels, culminating in a thrilling battle that's sure to get your blood pumping! 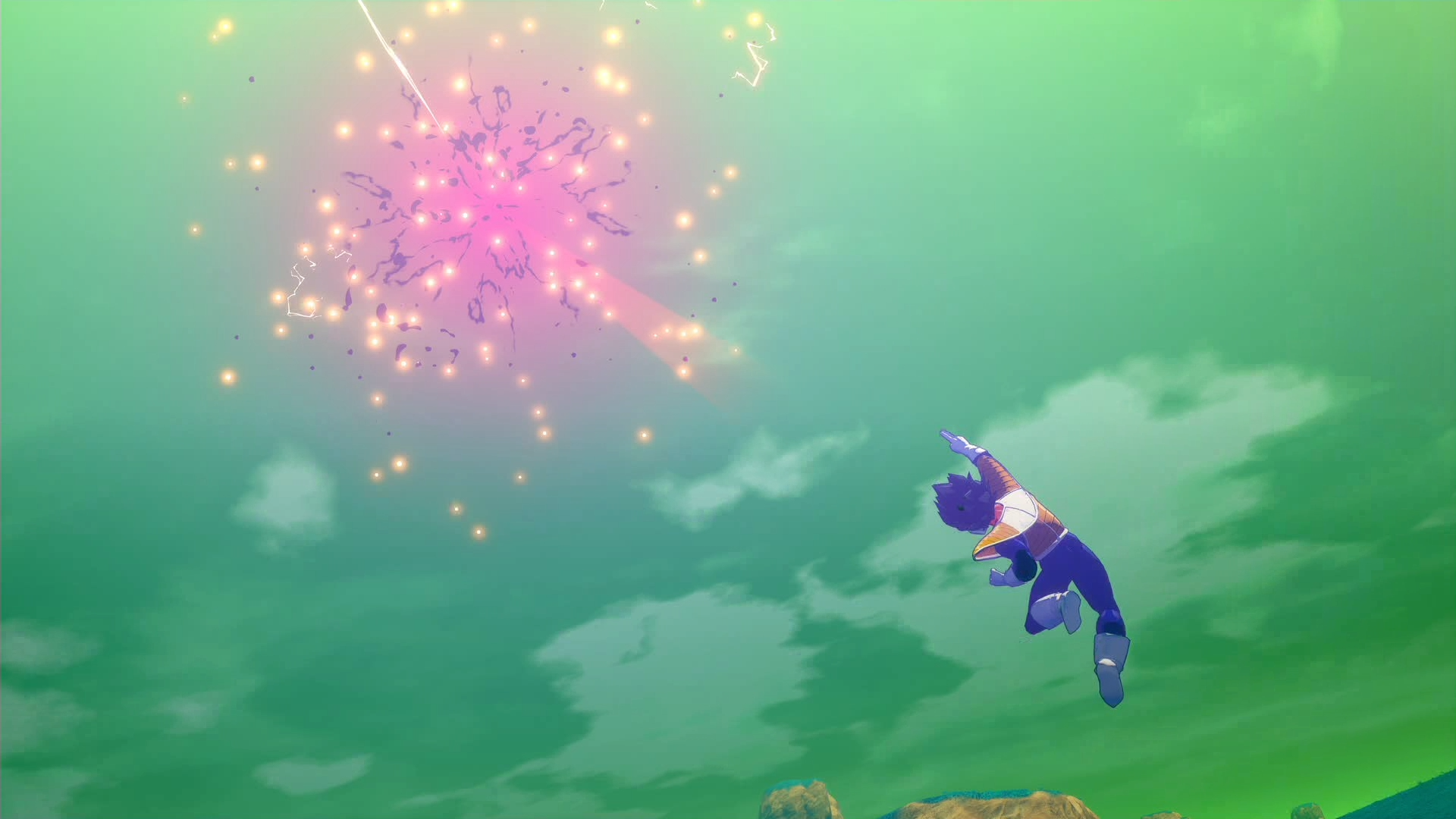 And with that, we've got just one more theme to explore in our next issue! We hope you join us one last time as we highlight some iconic scenes starring Goku and Vegeta!