Flying Cars in the Real World?! Asking an Expert About Dragon Ball's Hovercars!

Hovercars are one of the most popular bits of tech produced by "Capsule Corporation", the company run by Bulma's family, and they're absolutely littered throughout the Dragon Ball universe! Chances are most of your favorite characters have been for a cruise in one at some point in the original manga series!

However, in the real world, hovercars and the like have long been a distant dream of humanity—until recently. I had the opportunity to interview Professor Emeritus Shinji Suzuki of Tokyo University on the subject, and it quickly became apparent that the day we can all join Goku and Bulma gliding through the skies in flying cars is perhaps not too far away!

I went full throttle and asked Professor Suzuki about all the latest developments regarding flying cars, his thoughts on the vehicles that feature in Dragon Ball, and just about anything else I could think of. Read on for a tantalizing glimpse into the fantastical future that awaits us all! 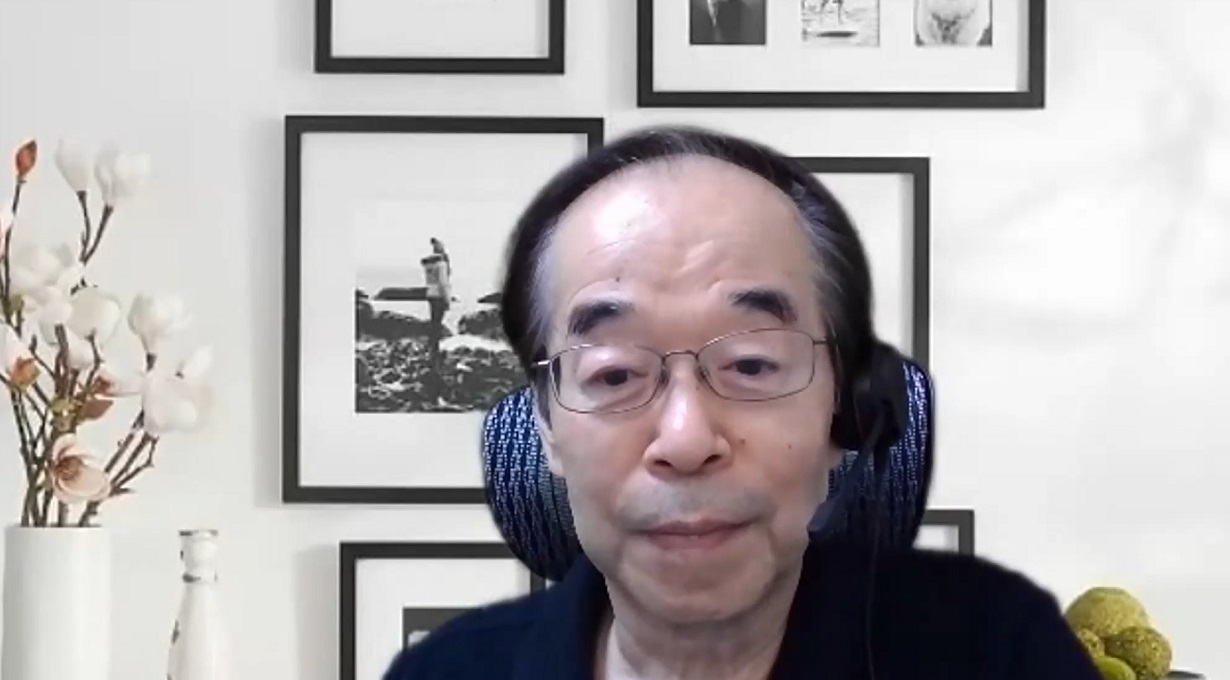 ・Ongoing Development of Flying Cars in the Real World
・Want to Glide Gracefully Just Above the Ground? Then "Jet Squirrels" Are the Way to Go!
・Simply Attach a Propeller and Dragon Ball's Flying Cars Are Ready for Take-Off
・Flying Cars for All in 2023?!

Ongoing Development of Flying Cars in the Real World

—In the Dragon Ball universe, in addition to regular tires-to-tracks vehicles, there are also "hovercars" that use a combination of anti-gravity levitation equipment and jet propulsion to fly.

How do real-world flying cars compare to crafts like that?

Professor Suzuki: Instead of taking already existing cars and making them fly, the "flying cars" that are being developed at various research facilities are more like scaled-down airplanes that can be flown by individuals within cities.

—So what separates them from regular airplanes?

Professor Suzuki: The models in development now differ in that they don't require a runway to take off. In fact, many of them are being developed as an extension of drone research. 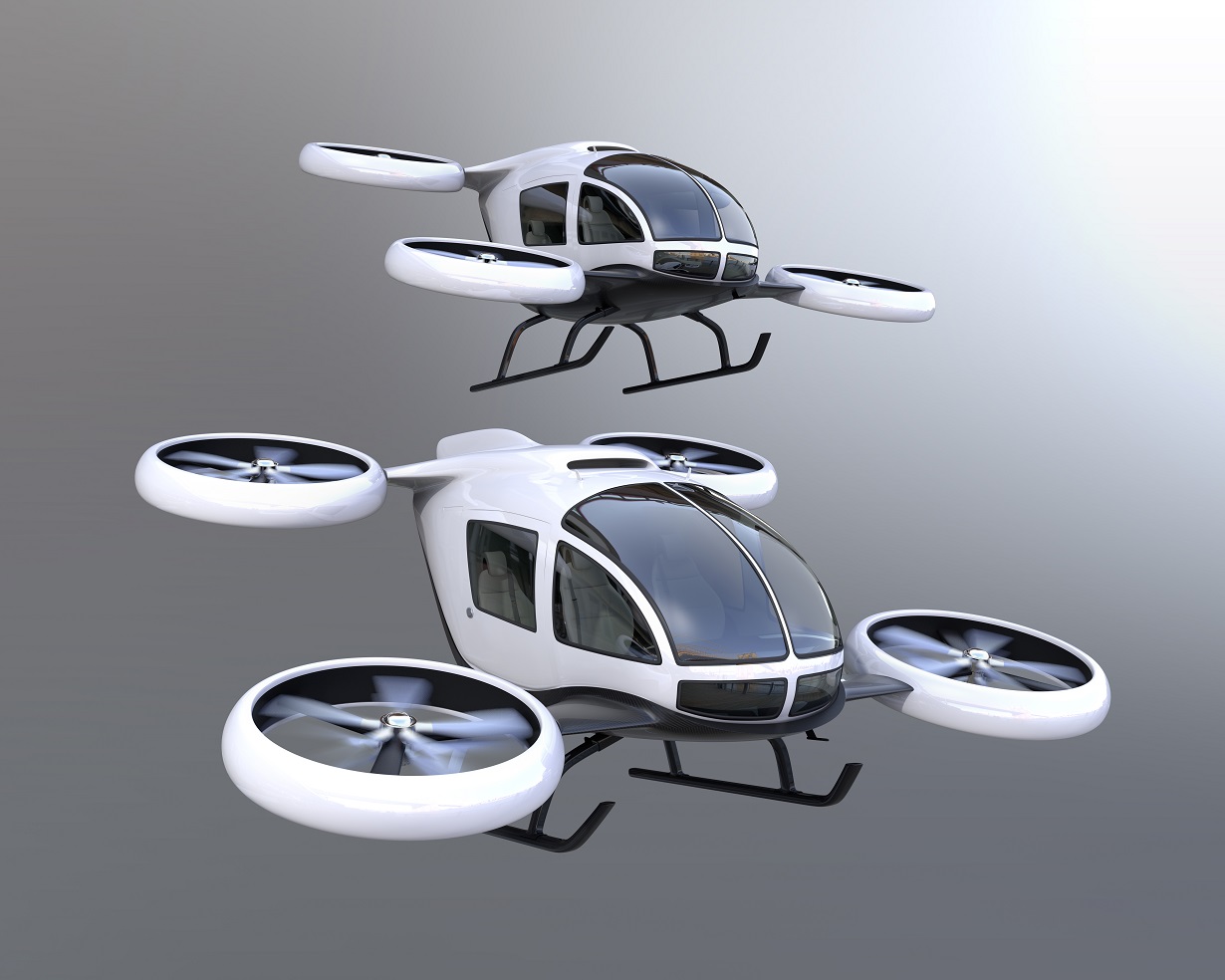 —So you're saying there are lots of variations that take off on the spot using propellors. What differentiates them from helicopters?

Professor Suzuki: Helicopters are extremely loud and difficult to pilot, but the flying cars in development now will be considerably quieter thanks to them being electrically powered and also relatively easy to pilot.

Plus, where helicopters are fundamentally human-operated vehicles, a portion of the flying cars being developed are self-driving.

—That's amazing! So what got us to the point where we were able to start developing flying cars like those you've mentioned?

Professor Suzuki: Advancements in battery technology were certainly important. The drone-like flying cars in development now are all electrically powered and run on lithium-ion batteries. Becoming able to depend on such batteries as a power source was a big step forward.

That being said, they're still garnering a lot of positive attention thanks to their potential as taxi-like vehicles that can be used to quickly get around the city.

—Are there any countries that are making particularly good progress in the development of flying cars?

Professor Suzuki: There are some very promising start-ups in America, Germany, and the UK. Solid progress is also being made in Japan and China.

—What type of flying cars are being produced in Japan?

Professor Suzuki: "teTra aviation corp." is a start-up creating flying cars for personal use. There's also a company called "SkyDrive Inc." that was founded by a former Toyota employee that actually succeeded in a piloted test flight back in August 2020.

—Flying cars have always been such fantastical vehicles that we could only really see within anime and manga, so it's truly exciting to hear that their development is making such steady progress all over the world!

Want to Glide Gracefully Just Above the Ground? Then "Jet Squirrels" Are the Way to Go!

—From here, I'd like to ask you in a bit more detail about the flying cars that appear throughout "Dragon Ball". As an expert, what do you make of Dragon Ball's flying cars?

Professor Suzuki: Well, I think the fact that the concept of flying cars features right from the start of a manga whose publication began in the 1980s is spectacular.

I'm somewhat taken aback at how many aspects of the flying cars were so well thought out and, on a personal level, I think so many of them are spot on.

—I know what you mean!
Now, allow me to ask you a more technical question. In the manga, it's said that flying cars are faster and more convenient than regular cars, but when it comes to real-world flying cars, what sort of speeds are we talking about? 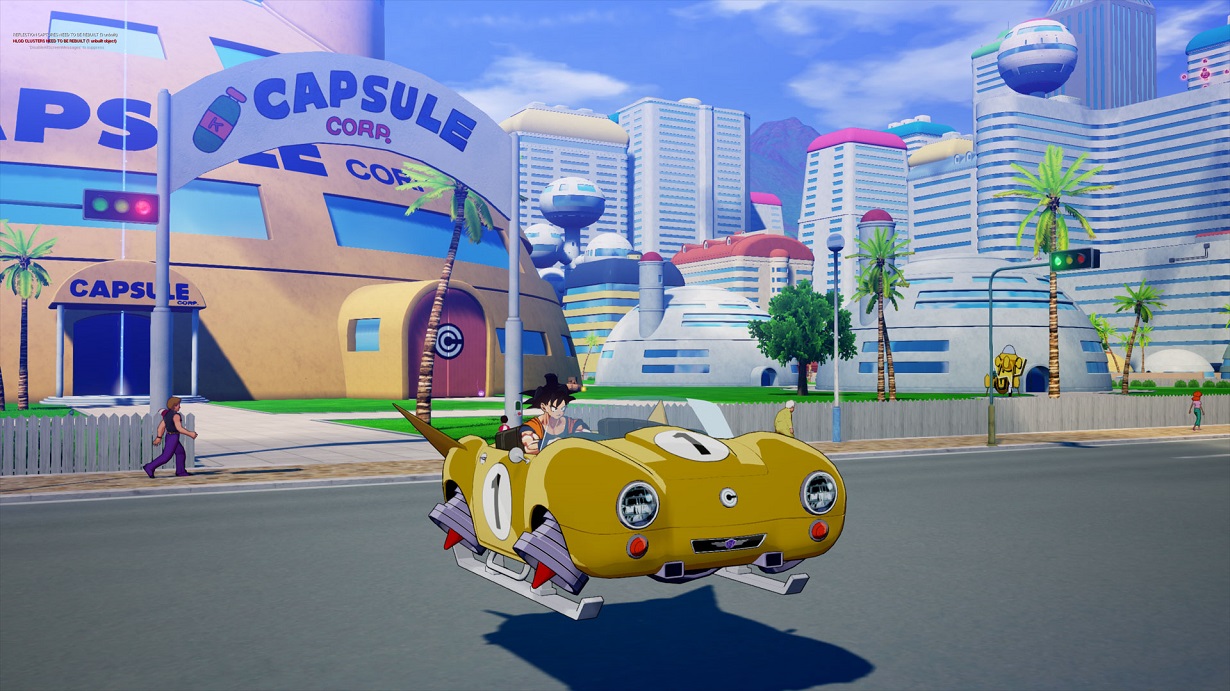 Professor Suzuki: For those in development now, a speed of 200km/h is the target.

Getting a car to move at that speed is no simple task, but since a flying car doesn't have to worry about friction with the road's surface, it's not too difficult. So it's fair to say flying cars are indeed faster than regular cars.

—In Dragon Ball, some of the flying cars glide through the air hovering inches above the ground. Is that something that's feasible in the real world?

Professor Suzuki: It's certainly one of the ideas floating around. But flying as low as that within a city would run the risk of crashing into buildings, and so it would simply be too dangerous. Not to mention that flying that close to the ground would lead to the air and gas exhausts kicking up dust and pieces of trash, causing problems for anyone nearby.

That's the reason that for real-world flying cars, they will almost certainly have to fly at an altitude of at least 300m—similar to airplanes.

—An altitude of 300m would put you around the same height as Tokyo Tower, so you'd be flying pretty high up!

Professor Suzuki: Flying just above the ground is also technologically possible. In fact, development of "hoverbikes"—which won't disperse too much dust and trash as they fly—is currently ongoing.

—They sound a lot like Dragon Ball's "Jet Squirrels" and "Hoverbikes".

Professor Suzuki: Personally, I also think the idea of a hoverbike sounds like more fun than flying super high up in the sky. I'd love to skim across the surface of a lake somewhere.

—That would be so much fun! There are just so many possibilities!

—The design of all the machinery and tech in Dragon Ball is one of the series' biggest appeals. With flying cars being just one example, there are so many vehicles that just about every reader would surely love to take a ride in, but how realistic is the prospect of making them for real with these designs?

Professor Suzuki: By altering the design just a little—i.e., by attaching a propellor—they can be recreated in the real world.

The flying cars that appear in Dragon Ball are generally powered by small jet engines, but, as useful as they can be, they're really quite loud!

There's also the dust and trash problem we spoke about earlier, so I think switching to propellors would make them much easier to operate.

—Open-top flying cars also appear in the series, but what do you think about their potential in the real world?

Professor Suzuki: Making them is entirely possible, but it must be said that more rounded designs with proper roofs suffer far less from drag. The capsule-like design that Goku, Chichi, and Gohan ride in is a much better option.

—If you take a closer look at the flying cars in the series, they each have an individual license number.

Professor Suzuki: A license-number system would be necessary for flying cars in the real world too. However, if you're flying up in the sky, the number wouldn't necessarily be visible (from below), so you'd have to output some electrical signal that identifies who you are as you fly.

—So flying cars would output electrical signals instead of having number plates...!

Professor Suzuki: It's actually already been confirmed that this type of system will be implemented for the use of drones.

In Dragon Ball they just use numbers, but in reality we'll have to introduce a system that allows you to broadcast information like who you are and where you're going via either Bluetooth or Wi-Fi as you fly.

—I suppose you'd expect flying cars to have something futuristic like electronic number plates!
The vehicles in Dragon Ball have such vivid color schemes, but do you think we'll be able to enjoy the same variety of colorful paintjobs with real-world flying cars?

Professor Suzuki: I'm confident that a rule will be introduced stating that everyone must paint their flying cars in bright colors in order to make them easily visible when flying.

But I don't think that sort of rule would have super strict limitations, which would allow for eye-catching designs and color schemes like the ones in Dragon Ball!

—Just one more thing to look forward to! I'd love to see a real-world flying car based on the designs in Dragon Ball!

—In the anime, there's an episode where Goku and co. head to a driving school to try and get their hovercar driving licenses. Do you think there'll be a need to attend flying-car driving schools in the real world too?

Professor Suzuki: Well, flying cars are technically airplanes, so you'd need something similar to a pilot's license to operate one.

—That doesn't exactly sound like a walk in the park.

Professor Suzuki: Flying cars are easier to pilot than you'd think. However, remembering all of the laws and rules presents quite a challenge, so passing the written test will be tough for sure.

—It definitely sounds difficult, but in the end, it'll be worth it...!
To finish things off, I'd love to ask you about roughly when you think people will start being able to ride in flying cars.

Professor Suzuki: Since there are already test flights being conducted, I'd say members of the general public will start being able to take to the skies sometime around 2023.

—That's a lot sooner than I was expecting!

Professor Suzuki: I'd further estimate that they'll become available for individuals to purchase as a means of transport sometime in the 2050s, or in roughly 30 years' time.

Right now, each one is worth a few million dollars, but it's predicted that they'll initially drop to a few hundred thousand dollars, then, in around 30 years, they could drop as low as $100,000. That's still pretty expensive, though. *laughs*

—For anyone out there who wants to ride one as soon as possible, what do you recommend doing?

Professor Suzuki: Members of the general public can't ride in flying cars just yet, but they can get close by strapping into flight simulators at expos and other similar events.

—I had an absolutely wonderful time speaking with you today and learning just how close we are to a world with skies filled with flying cars—just like in Dragon Ball! Thank you so much for your time.