Celebrating the Release of "S.H.Figuarts Zarbon"! Interview with the Project Leader!! 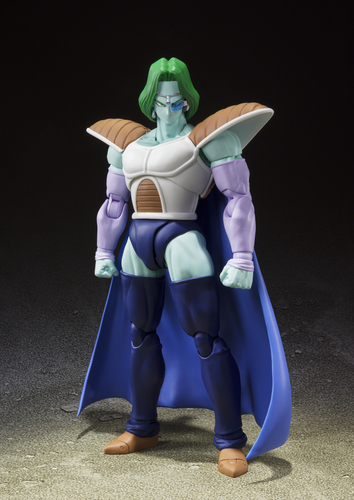 Also representing the Frieza Force, "S.H.Figuarts Dodoria" is currently available for preorder, and the Emperor himself, "S.H.Figuarts Frieza Fourth Form", is set to go on sale in February 2022. 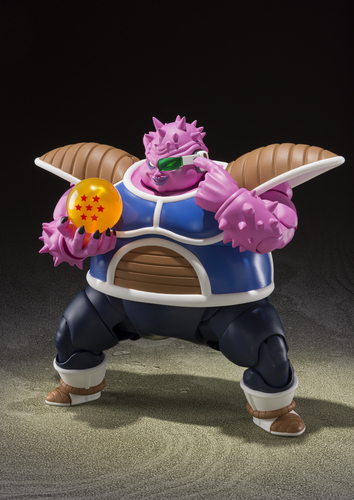 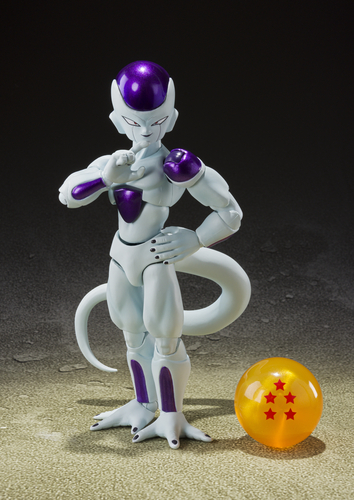 At long last, the elite three of the Frieza Force can be displayed together in all their glory! To get some more info about this auspicious opportunity, we went straight to the source and interviewed the Dragon Ball series lead at S.H.Figuarts. 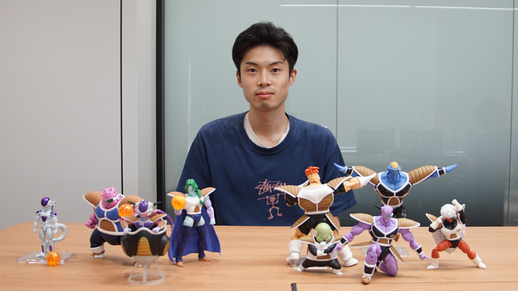 Mr. Okamoto is currently heading up development of "Dragon Ball" series items at S.H.Figuarts. Being a massive Dragon Ball fan himself, his whole reason for wanting to join the goods production company BANDAI SPIRITS in the first place was to make Dragon Ball merchandise! Let's see what Mr. Okamoto has to say about this new release, both from the perspective of project leader and eager fan.

Capturing the Essence of a Beauty-Conscious Character

――Firstly, can you tell us about what makes this a great figure for posing?

Okamoto: Sure. S.H.Figuarts figures are equipped with a range of motion that allows for recreating your favorite battle scenes in Dragon Ball. For Zarbon specifically, we wanted to ensure that his cape was movable too, so we modified his posability so that his appearances in the series can be fully recreated. 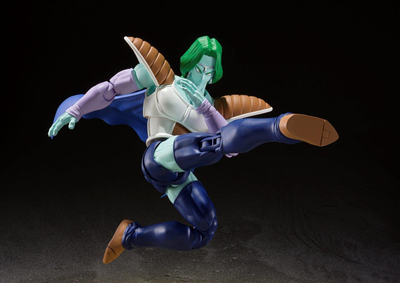 ――S.H.Figuarts is also known for including a range of swappable parts with their figures, but what have you got in store for us with Zarbon?

Okamoto: This Zarbon includes three swappable face parts, including the one he comes equipped with. He's got the expression he wore when we first saw him in the series, and then some faces for when he's in the heat of battle. He also has two different parts for his hair braid—one going behind and one coming forward over his shoulder. While this serves the purpose of giving the figure a sense of motion, I think it's also befitting of a character who cares a lot about their appearance like Zarbon to have different options for his hair. 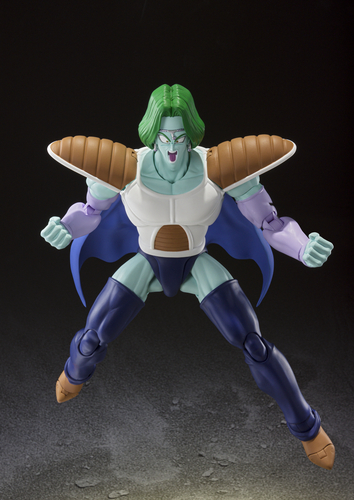 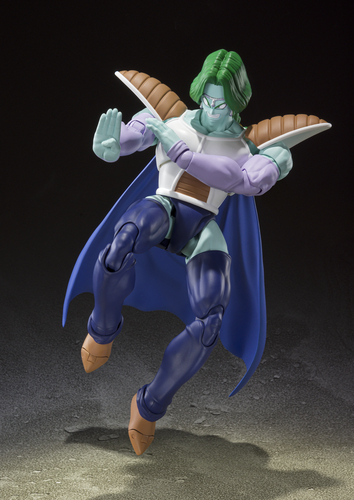 Okamoto: Zarbon also comes with a luminous Namekian Dragon Ball. This is an addition included with both Dodoria, who's open for preorders now, and next year's Frieza Fourth Form, so you can collect the Dragon Balls with these figures too. 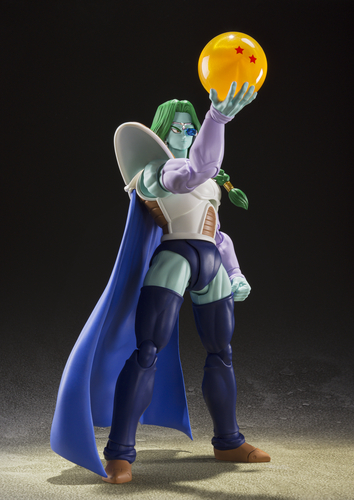 ――What can you tell us about the modelling for this figure?

Okamoto: Well, as opposed to Dodoria's larger body, we designed Zarbon to be leaner and more elegant—but not weak by any means! If you look closely, you can see that he's quite muscular. I think we were able to capture his "Zarbon-ness" very well with this figure.

We also talked to Mr. Okamoto about "S.H.Figuarts Dodoria" and "S.H.Figuarts Frieza Fourth Form", who look even better when displayed alongside Zarbon! 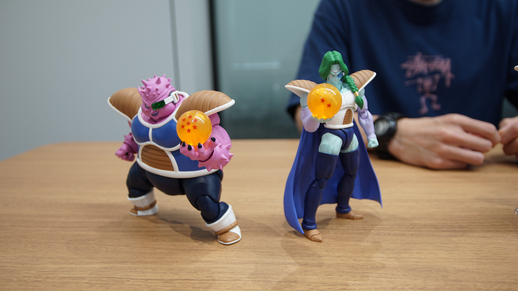 ――"S.H.Figuarts Dodoria" has such an impactful presence and sense of volume, doesn't he!

Okamoto: It really becomes apparent when you look at him in person, but yeah, he certainly does. He's also set up with a wide range of motion, so you can have a lot of fun recreating his various poses.

――Can you tell us about what you focused on for "S.H.Figuarts Frieza Fourth Form"?

Okamoto: We actually released a figure called "S.H.Figuarts Frieza Final Form -Resurrection-" back in 2018, but compared to that one, this new figure's coloring is closer to how he appears in the anime. His purple parts have a glossy shine to them, and the white parts of his body have that blue-ish tinge. 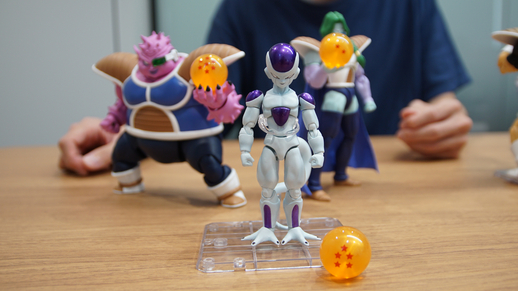 Okamoto: In the past, when we were releasing all the members of the Ginyu Force, we received a lot of comments from fans saying that they'd love to see this character or that character from the Planet Namek arc. We couldn't let those wishes go ungranted, so that's why this time we've come out with "S.H.Figuarts Frieza Fourth Form", "S.H.Figuarts Dodoria", and now "S.H.Figuarts Zarbon"; but I don't think we're done with Planet Namek just yet! We're still thinking about having certain characters appear in their battle armor outfits, but that's a story for you all to look forward to in the future!

――Thank you very much for talking with us!


As we touched on earlier in this article, the elite echelon of the Planet Namek arc's Frieza Force has come together at last with the announcement of "S.H.Figuarts Zarbon"! We explored that in a little more detail with Mr. Okamoto in a special bonus interview, the article for which you can check out below in the Related Articles section! See you there!