The World Travelogue series is where we shine the spotlight on some of the most memorable locations in the world of Dragon Ball. This time, we'll be visiting the soaring tower of Earth's guardian, as well as the region below where its protectors reside, Karin Sanctuary.

The sacred Karin Tower rises from a tree-fringed clearing among the lush, verdant forests of Karin Sanctuary. Legend has it that those able to scale the sheer pillar and reach the tower's pinnacle will be greeted by the sage who lives atop it and will be permitted to drink a special holy water that dramatically increases one's power. However, the prospect of such awesome power also draws the forces of evil who would take it for themselves, and so the tower is guarded by members of the clans living below, such as Bora and Upa.

Above even the lofty Karin Tower sits Kami's Palace. The palace is traditionally reached by using the Nyoibo's ability to extend to great lengths to propel oneself even further skyward from Karin Tower. Once there, visitors may be permitted to enter the Room of Spirit and Time, a mysterious chamber in the deepest recesses of the palace, where a whole year spent training inside is equal to the passage of just one day outside. 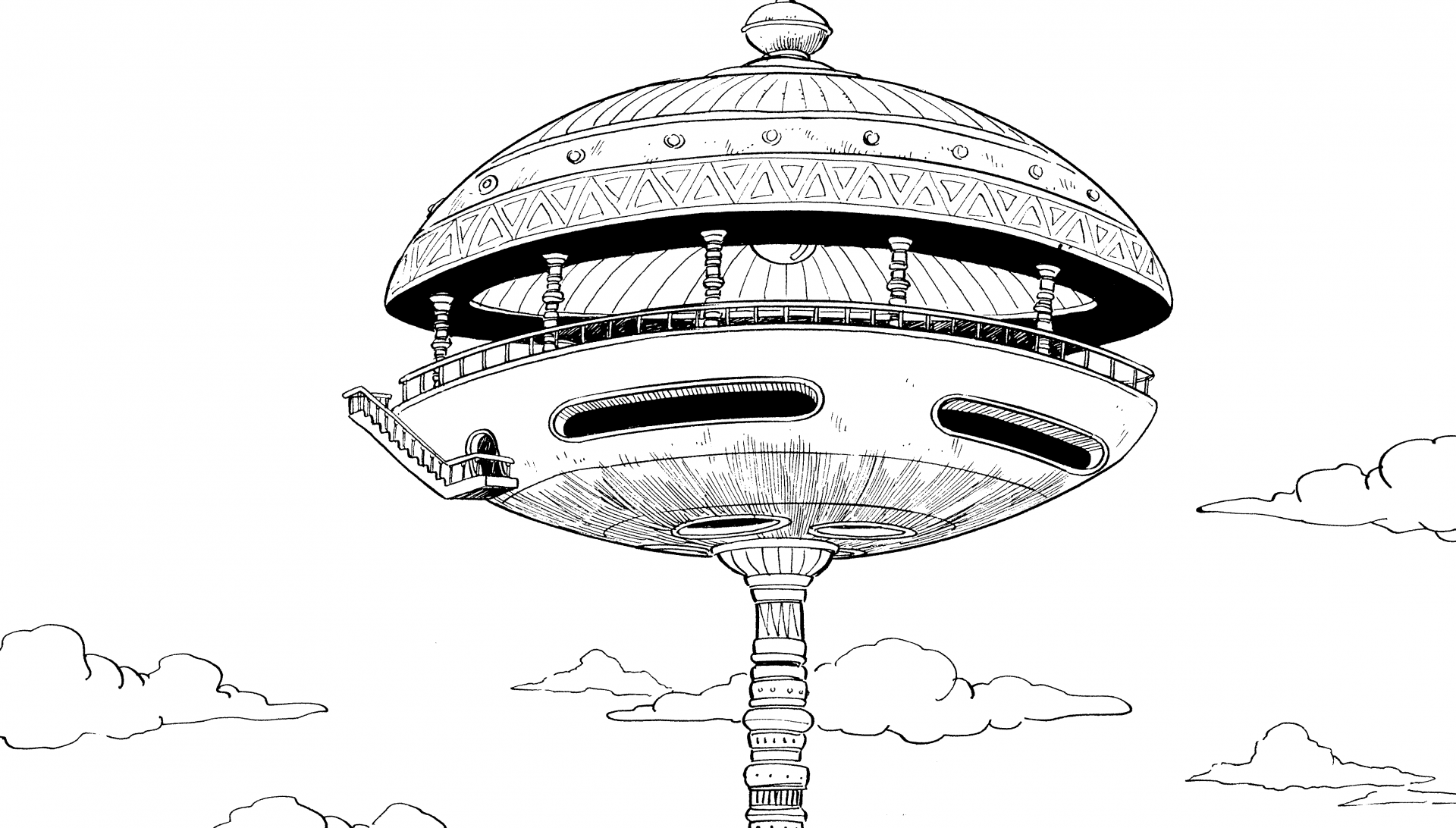 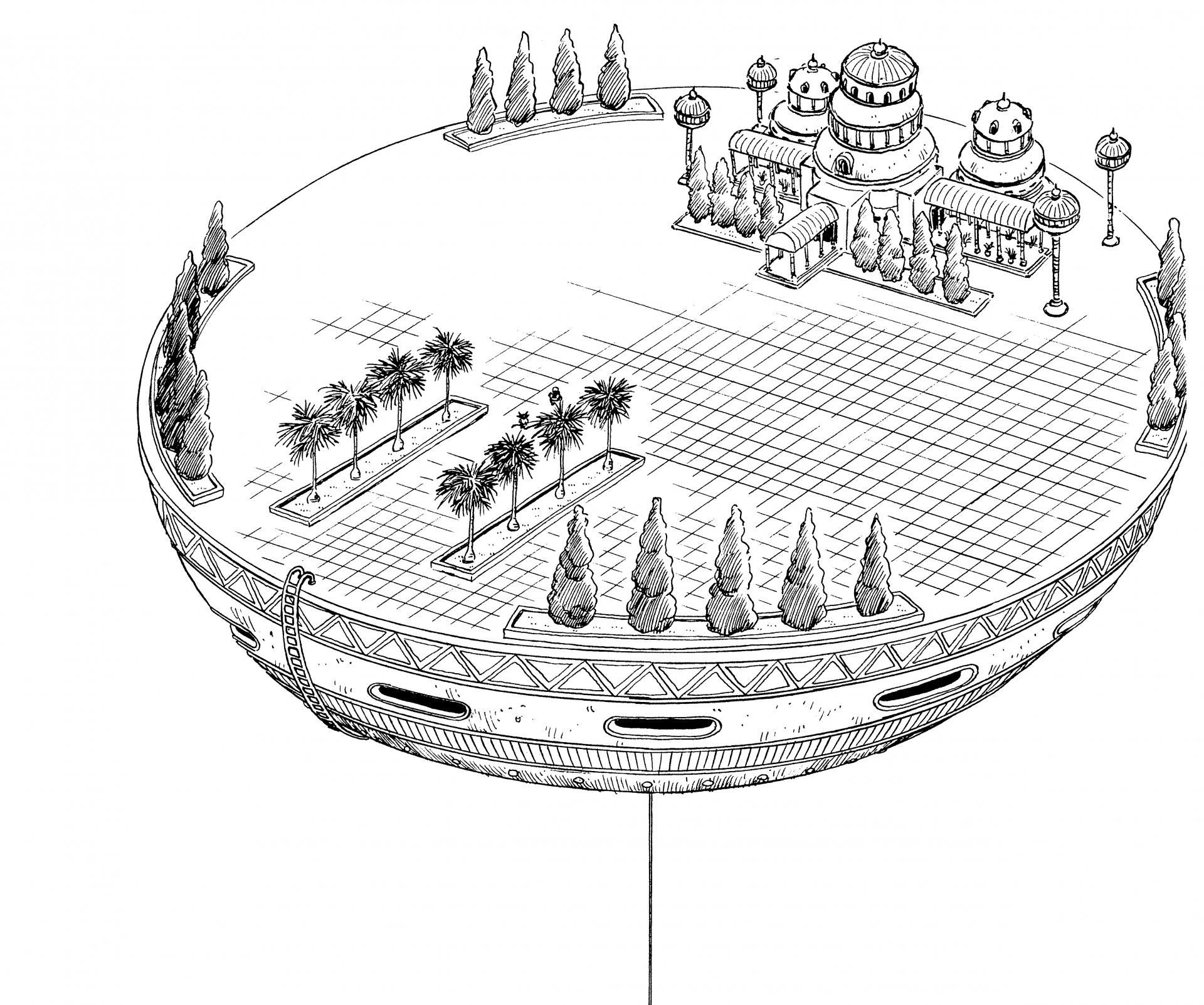 〇Karin
Karin is a cat and a hermit who lives atop Karin Tower. He is also a martial arts master and has even served as Kamesennin's teacher. While wise and disciplined, he has a cute side too, such as his cat-like wariness of dogs. 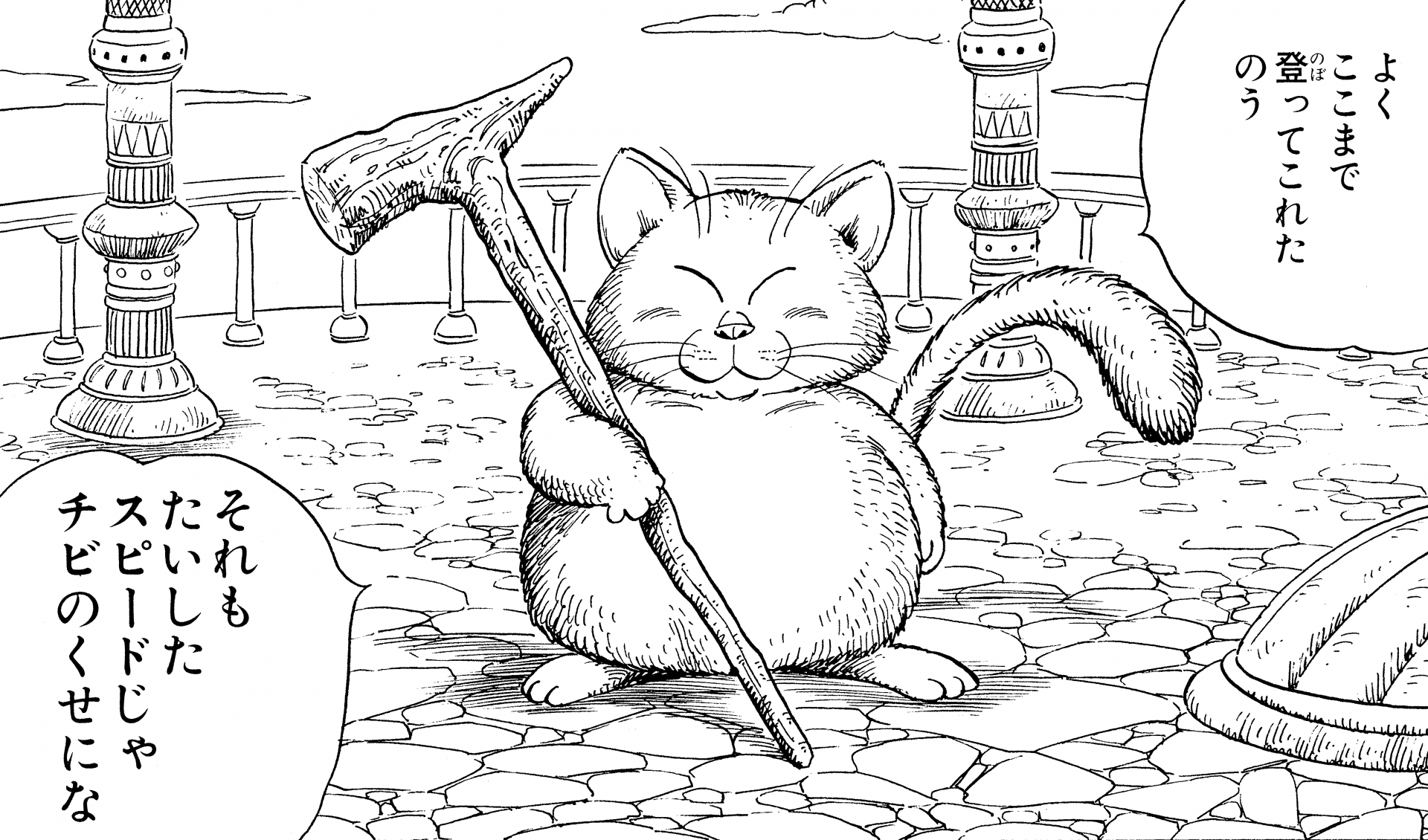 〇Kami
Kami is Earth's guardian and the one who created the Dragon Balls to give courage and hope to humans. He eventually retires from his position as guardian and fuses with Piccolo, who then takes up residence at the palace. 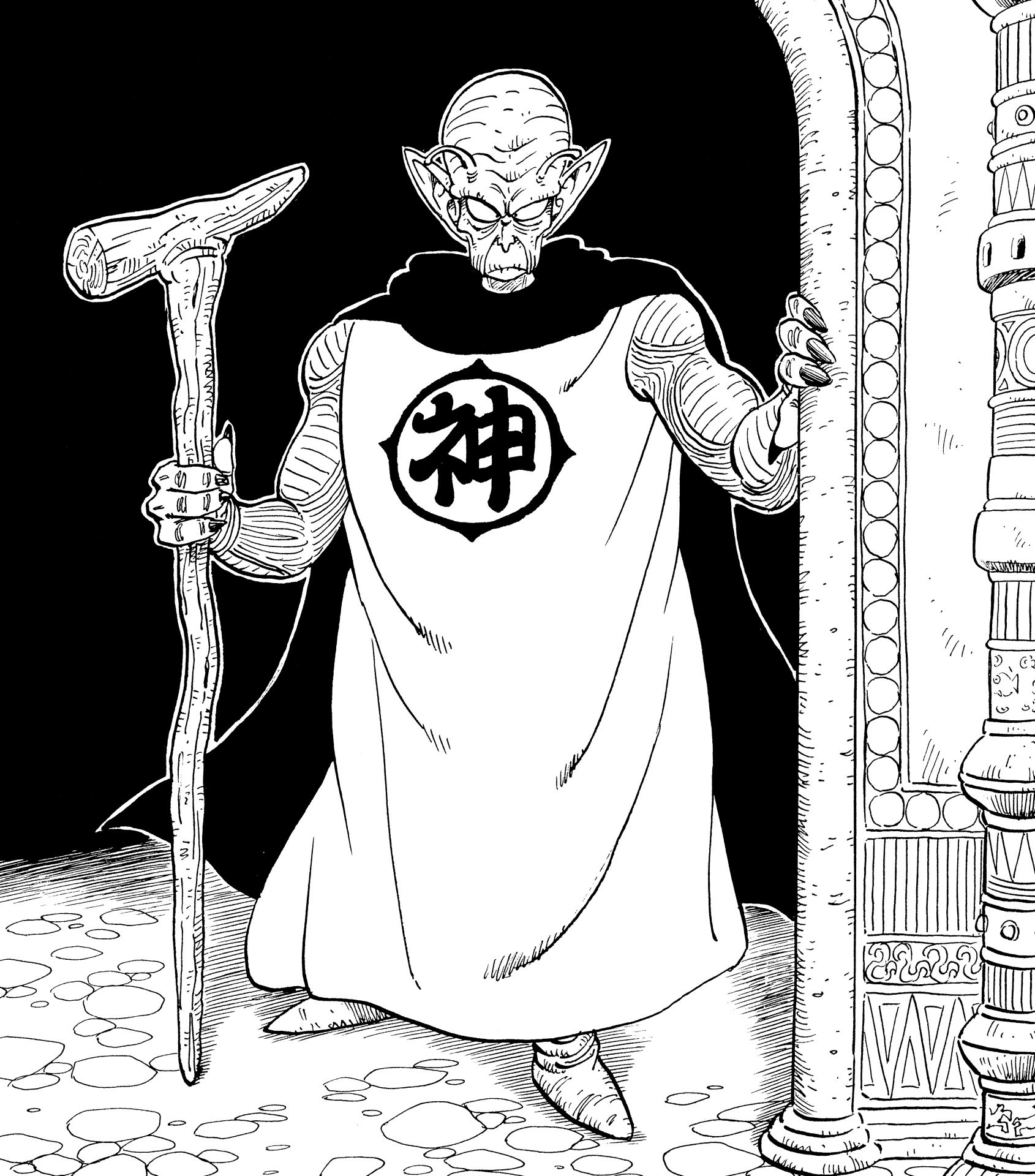 〇Bora
A member of a clan that has protected Karin Sanctuary since times of old, Bora was a warrior of his people until his death at the hands of Taopaipai. He was later resurrected by Goku, who had assembled the seven Dragon Balls and made a wish to Shenron. 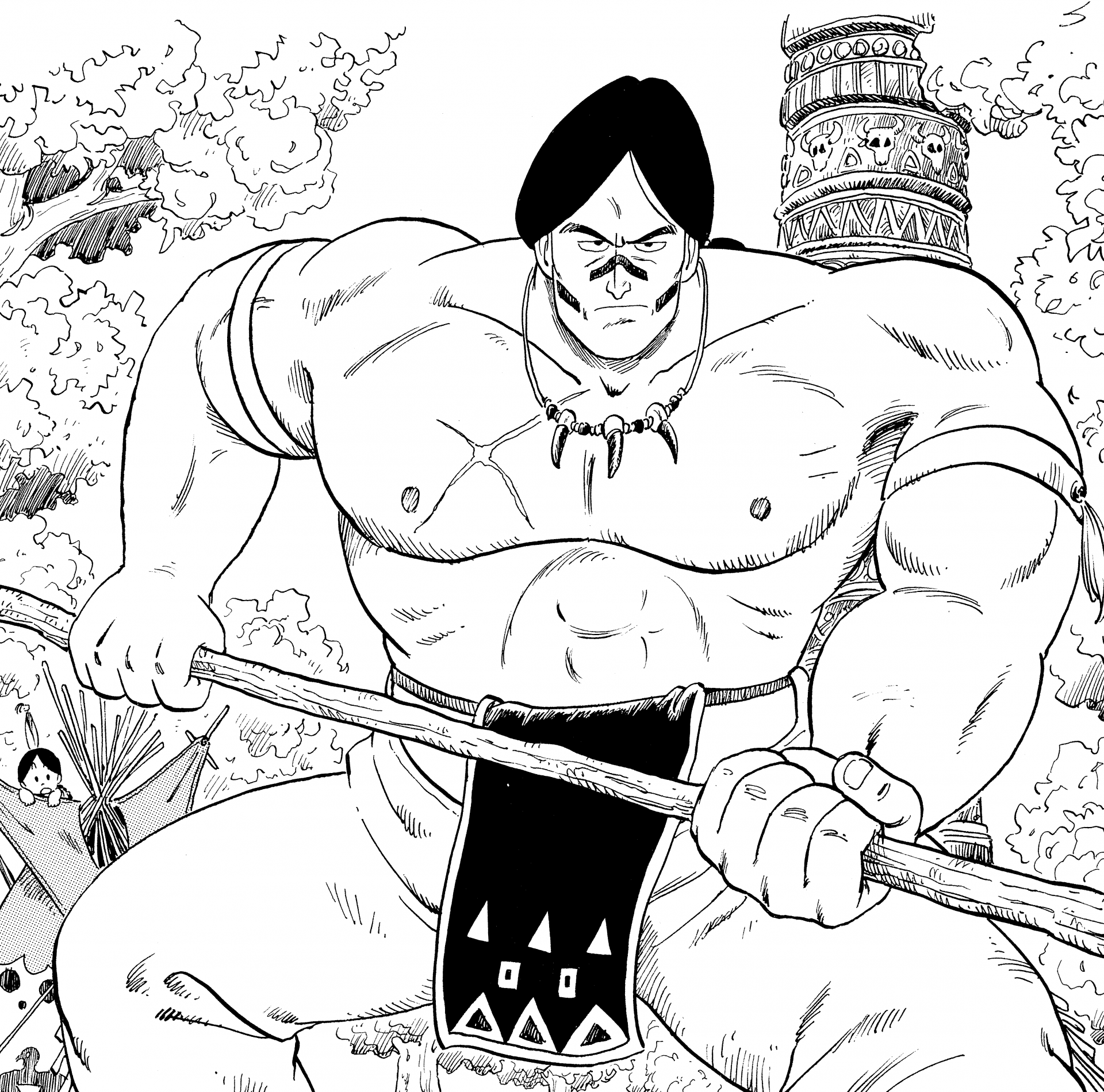 〇Upa
Upa is Bora's young son, but he's so cute that Krillin once mistook him for a girl! At the climax of Goku and the others' battle against Majin Buu, Upa had grown up and was one of the people who shared their energy with Goku for his Genki-dama.

〇Yajirobe
Yajirobe once lived the free life of a vagabond, but after carrying Goku on his back all the way up Karin Tower, he ended up settling down there. He now helps Karin and delivers Senzu Beans and other items to Goku and the others. 〇Site of the Battle against Majin Buu (South of Karin Sanctuary)
This is where Majin Buu and Gotenks fought after breaking out of the Room of Spirit and Time. Their battle was so ferocious that the whole area was left in tumultuous ruin.

So there you have it! Karin Tower and Kami's Palace with the Room of Spirit and Time have been important locations visited frequently throughout the series, especially when it comes to training. Kami's Palace is also so far up in the sky that Goku's friends and family were able to use it as an evacuation point during the Majin Buu fight.

I wonder where we'll go next...?! We hope you look forward to the next Dragon Ball Investigation!