Welcome back to "Dragon Ball-ism: Toriyama Showcase"—the series where we discuss Akira Toriyama's various short stories and one-shot works. For this seventh entry into the series, we're taking a look at Neko Majin Z, a lighthearted manga filled with gags whose hero is a "Neko Majin", a mysterious race of cat-like beings! 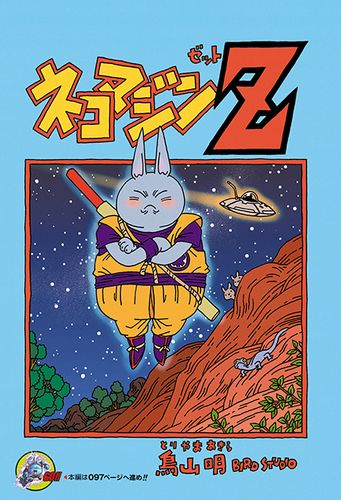 Neko Majin Z is part of the one-shot "Neko Majin" manga series published in Weekly Shonen Jump and Monthly Shonen Jump between 1999 and 2005. As you might guess from the title, Neko Majin Z was loaded with Dragon Ball gags, parodies, and references, which is one of reasons it became so popular. Akira Toriyama himself commented at the time, "It was incredibly fun to draw something Dragon Ball-eqsue (?!) again."

Among members of the curious Neko Majin species, none are more accomplished in the ways of martial arts than the one known as "Z"! 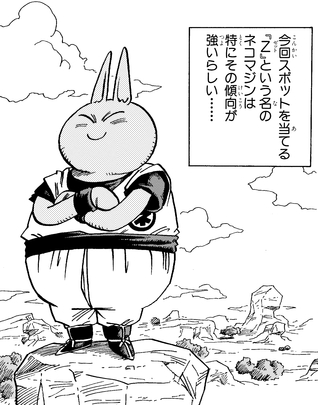 It was a day like any other and Z was playing with his human friend, when suddenly an unknown spaceship arrived on Earth!
From the invading craft emerged none other than a Saiyan named Onio and his wife!
It turns out that they'd come to Earth for their honeymoon and liked it so much that Onio proposed turning it into their holiday home! 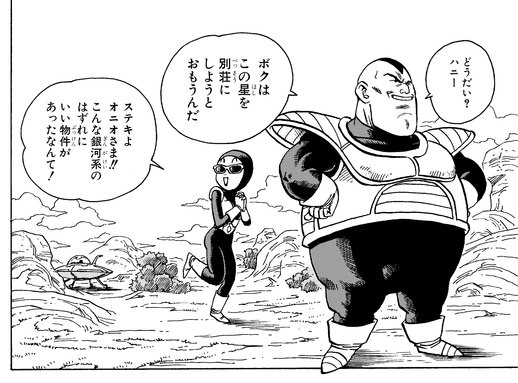 Z and his friend mistake them for a pair of tourists and try to swindle them out of some money with a commemorative photograph, however... 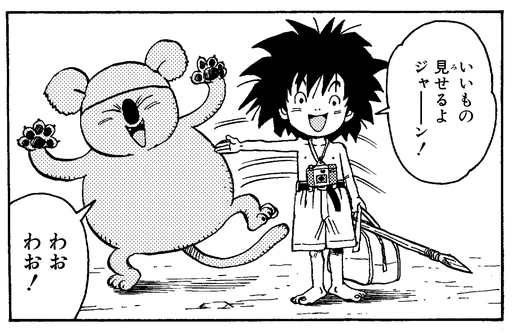 ...when one of them accidently touches Onio's wife, he bursts into a fit of rage and goes Super Saiyan on them!! 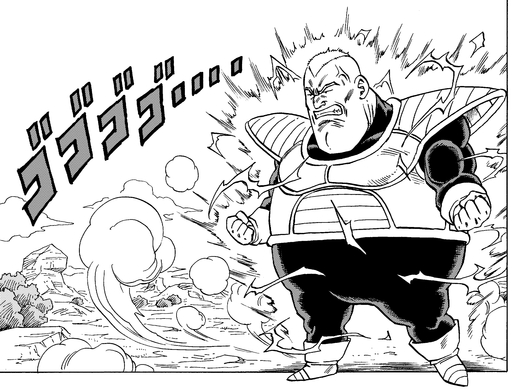 Seeing that it was time to throw down, the Neko Majin changes into his Kame School-inspired uniform and prepares for battle! 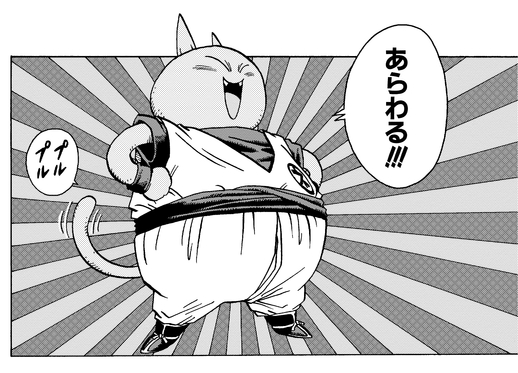 The fight scenes are so intense that you could almost forget you're reading a gag manga and not Dragon Ball itself! 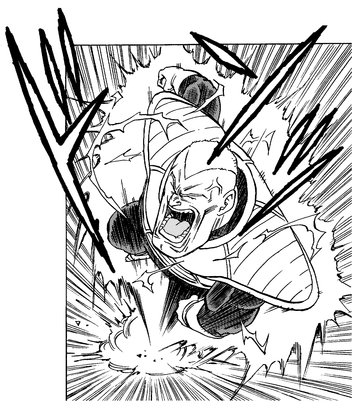 Z even puts his own spin on Goku's signature move with his "Nekohameha"!! 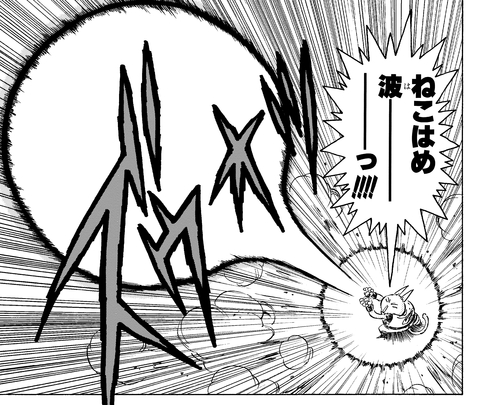 Just what will become of Z and Onio as their catastrophic battle reaches its conclusion?!
Find out for yourself in this one-shot comic full of fantastic feline Dragon Ball-isms!!