The Weekly ☆ Character Showcase is an article series where we introduce one character from the Dragon Ball universe each week. This week we're taking a look at a terrifying bureaucrat with the power to make some big decisions—it's Enma from the Saiyan Arc!

Enma wields some serious authority as the sole arbiter of the souls of the dead that gather in the Another World to either be granted passage into Heaven or take the fiery plunge down to Hell.
Having trained under Kaio North well before Goku, it's said that he was the only one in 100 million years to have successfully traversed Serpent Road, a winding path that stretches for millions of kilometers.
He's also a fearsome fighter and the one who put an end to Raditz's rampage in the Another World before sending him below.

Enma permits Goku, who had sacrificed his life during the confrontation with Raditz on Earth, to keep his mortal body and go to Kaio North in order to train. 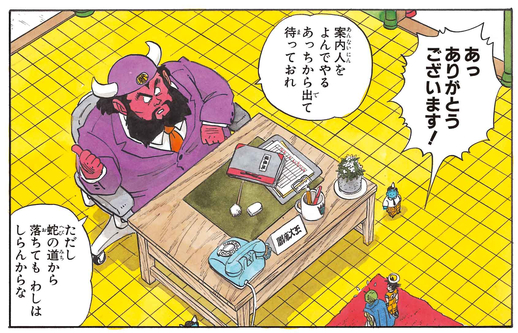 Even Kami has to pay his respects to Enma!
Enma had Kami shaking in his boots when the two came face to face. The pecking order between them was made crystal clear when Enma treated Kami like a nuisance and even scolded the frightened Namekian! 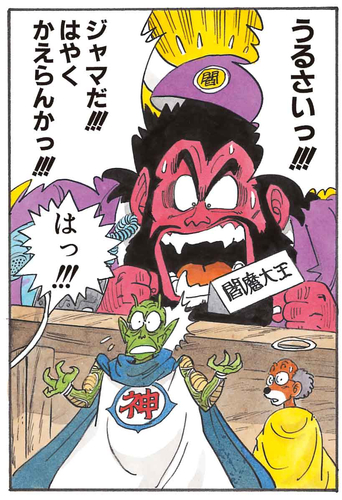 →Preview: Next week's character is none other than Enma's master!


*All comic images are from the Japanese version.