The Weekly ☆ Character Showcase is an article series where we introduce one character from the Dragon Ball universe each week. This week, we've been granted an audience with the noble Saiyan sovereign, his royal majesty King Vegeta from the movie Dragon Ball Super: Broly! 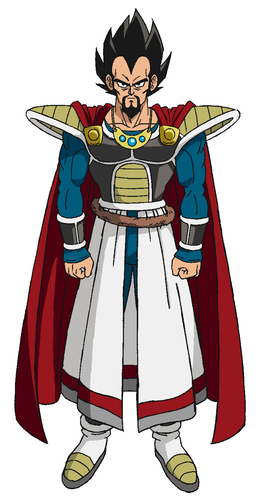 King Vegeta is the ruler of Planet Vegeta and father of the Vegeta we're most familiar with in the series.
He harbors a deep-seated disdain for his overlords, the Saiyan-spurning King Cold and Lord Frieza, so much so that upon their visit to his planet he stationed snipers all around the landing dock to be able to eliminate them at a moment's notice should the opportunity present itself! 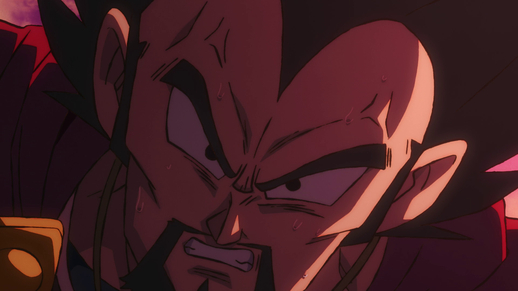 He took great pride in his son Vegeta for his vast potential, but when it was discovered that another Saiyan child born at the same time, Broly, possessed a latent strength that surpassed even Vegeta's, the King became furious.
Unable to abide a potential threat to his son's honor, he ordered that Broly be loaded into a pod and fired off to the harsh wasteland of Planet Vampa, essentially sentencing the young Saiyan to death by exile. 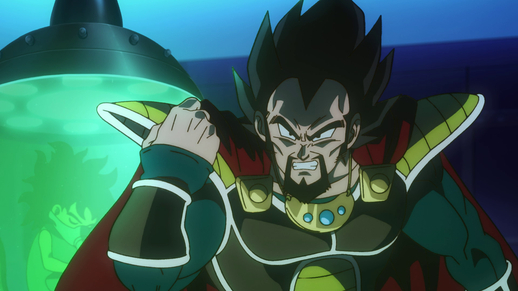 In the end, King Vegeta was destroyed along with his planet and the majority of his race when Frieza decided to launch his attack.

King Vegeta had great expectations for his son, Vegeta IV!
Right from the time of his birth, the King placed Vegeta into a special incubation capsule and carefully monitored his development. He had great faith in his son's power, saying, "It is you who will rule the universe. That monster Frieza thinks the Saiyans will serve him without question. But he'll fall to us." 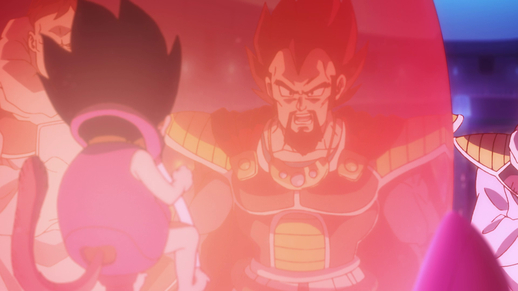 →Preview: Next week's character is a certain someone who despises King Vegeta!