[Namek Editorial] Taking a Look at Monaito's Key Role in the Granolah the Survivor Arc!!

Today we're taking a look at a certain Namekian who's appearance in the ongoing serialization of Dragon Ball Super's "Granolah the Survivor Arc" in V Jump flipped the whole story on its head, Monaito!! 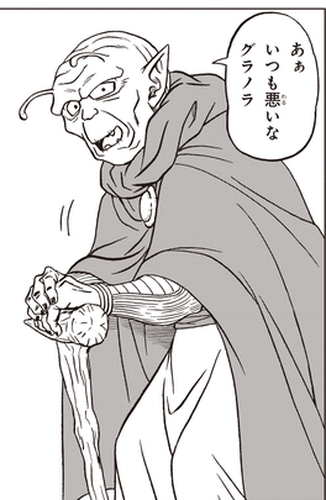 "Dragon Ball Super" Chapter 69
"You're always so good to me, Granolah."

We'll get to Monaito in just a tick, but first, let's take a moment to highlight a certain bombshell that dropped partway through the Granolah the Survivor Arc. Check out this scene where we find Elder Muri passing on his knowledge to the next generation of young Namekians. 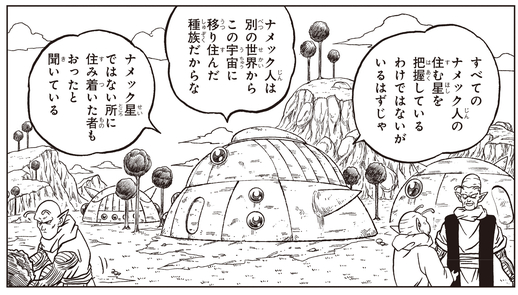 "Dragon Ball Super" Chapter 69
"Most likely, though we can't possibly know of all of them.
You see, we Namekians moved to this universe from another realm altogether...
...and I've heard that some settled in places far from Planet Namek."

What's that? Namekians are from a different realm altogether?! Although, now you mention it, that's not so surprising seeing as they have a wealth of supernatural powers and created the Dragon Balls, which, according to Elder Kai, would normally be forbidden and was permitted only to the Namekians due to their solemn and serious nature. Not to mention they inherently possess the dignity and grandeur necessary to become Earth's guardians.

When Dende proclaimed that "There may not be many more Namekians left [in this world]" when his village was being attacked by Vegeta, perhaps he knew that there may be Namekians scattered across the universe inhabiting other worlds! 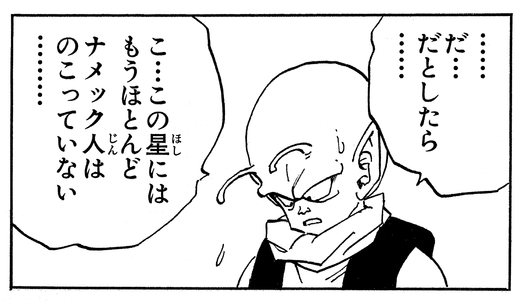 So far, it's perhaps the case that we've all been under the assumption that Namekians originated from Planet Namek, but according to Muri, that's only true for a portion of Namekians. Although, when it comes to Monaito, him living his life far from Planet Namek on Planet Cereal certainly doesn't make him any less of a Namekian! It's also worth noting that in Japanese, it seems the nomenclature for Namekians living on Planet Namek specifically is more like "Planet Namek-ians", while the general term for a member of the green race is simply "Namekian".

Monaito lives with his adopted son, Granolah, who is the last known surviving Cerealian. Be sure to check out Granolah's story so far in the Granolah the Survivor Arc in the Related Articles below to learn all about his deep hatred for Saiyans and get up to speed on his explosive battle against Goku & Vegeta! 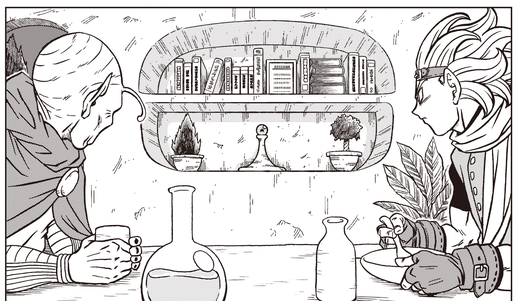 In V Jump's super-sized December edition released in October, Monaito revealed the shocking truth behind the tragic events in Granolah's past, and let's just say he flipped Granolah's world view on its head and changed the entire course of the story!

"Dragon Ball Super" Chapter 76
"Forty years back, the one who actually saved us...
...was a Saiyan named Burdock."

All the Same Characteristics as a Planet Namek Namekian!

Like all Namekians, Monaito has a lifespan that extends beyond 500 years, requires only water for sustenance, and has the ability to heal wounds. 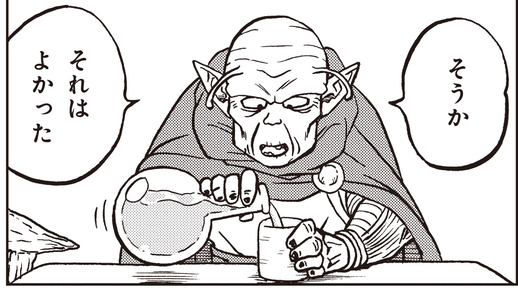 Monaito is also in possession of one of the Cerealian Dragon Balls. Planet Cereal's Dragon Balls differ from Earth or Planet Namek's in that there are only two, rather small Dragon Balls that need be assembled in order for one's wish to be granted. 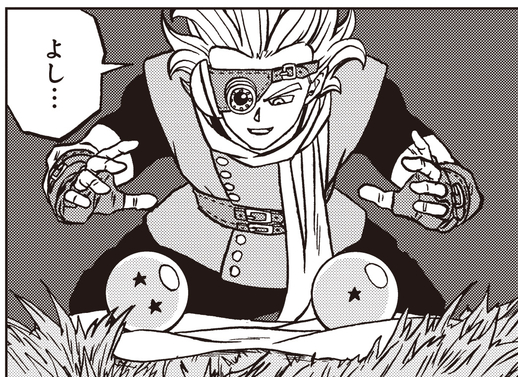 But perhaps what most signifies him as a true Namekian is his seriousness! We mentioned earlier how Elder Kai acknowledges the race's serious nature, and it seems Monaito is no exception, being an extremely serious and earnest individual.

He scolds Granolah when he shows a desire for vengeance... 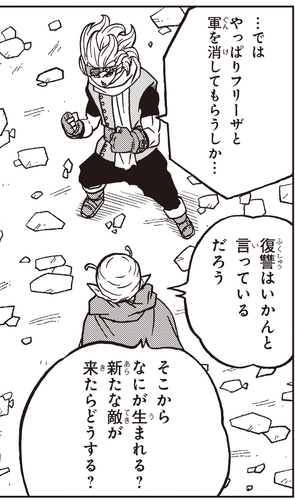 "Dragon Ball Super" Chapter 69
"Then Freeza and his army have to be eliminated..."
"Like I said, revenge ain't the way.
That only gives rise to new enemies. And then what?"

He takes responsibility and expresses regret for his own actions...

"Dragon Ball Super" Chapter 70
"What have I done?
I've upended his life once again..."

And he fights to protect that which he was entrusted with...!
His proud Namekian spirit is clear for all to see!! 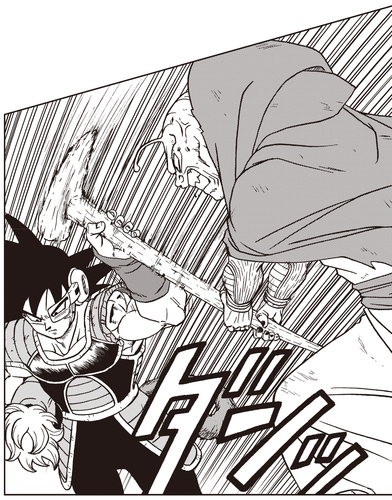 Despite Monaito being a relatively new character, we can't help but fall in love with him a little more each time he graces the manga's pages. Here are a couple of our personal favorite Monaito moments.

We've seen the way Piccolo sleeps cross-legged in more of a meditative state than a deep slumber, but judging by this panel, it looks like Monaito enjoys getting his eight hours fast asleep in a nice comfy bed! It may not be the most appropriate thing to say about an elderly Namekian, but we think his sleeping face is absolutely adorable!

And here's a panel that highlights Monaito's stylish attire. Check out his sweeping cloak and the way it's ruffled around the neck—a popular fashion choice among Namekians it seems! Sadly, Monaito can't walk so well these days, but the way he goes it alone using just a staff demonstrates his tenacity and rugged, old-fashioned coolness! 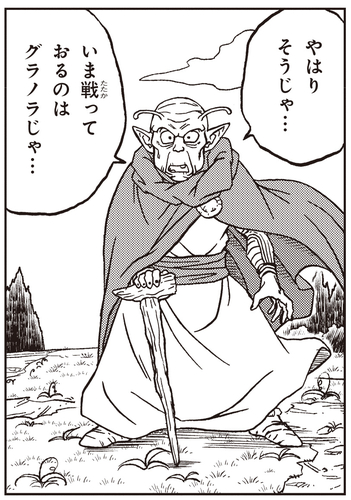 "Dragon Ball Super" Chapter 75
"Thought so...
Granolah's caught up in some fight..."

Monaito will be back in V Jump's super-sized January edition, which is hitting shelves on Saturday, November 20th, in Japan. Be sure to see for yourself what the story holds for our favorite kind-hearted, elderly Namekian!!