The Weekly ☆ Character Showcase is an article series where we introduce one character from the Dragon Ball universe each week. This week we've been graced with the presence of the ill-tempered, food-loving God of Destruction, Beerus!

Beerus is the God of Destruction of Goku's home universe, Universe 7.
He and the Supreme Kai are two sides of the same coin; where the Supreme Kai creates, Beerus destroys, turning beings of all nature and even entire planets to dust.
He awoke from his 39-year slumber after seeing a vision of a great battle he would fight against the Super Saiyan God of legend. 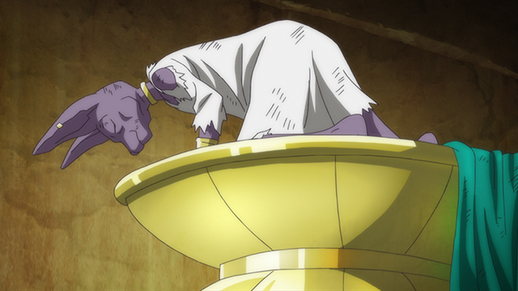 In his quest to find the Super Saiyan God, Beerus and his companion, Whis, pay a visit to the Planet of the Kaio, where he finds Goku. Beerus accepts the Saiyan's request for a fight and swiftly disposes of him in just two hits, demonstrating the phenomenal power he wields. 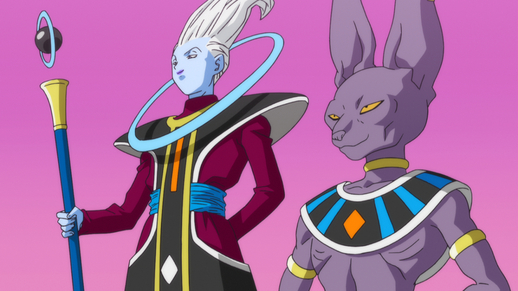 In order to extract information about the Super Saiyan God from Vegeta, Beerus makes an uninvited appearance at Bulma's birthday party. However, he is quickly distracted from his task by the bounty of Earth's delicious food being served there and becomes overwhelmed by its delectability. 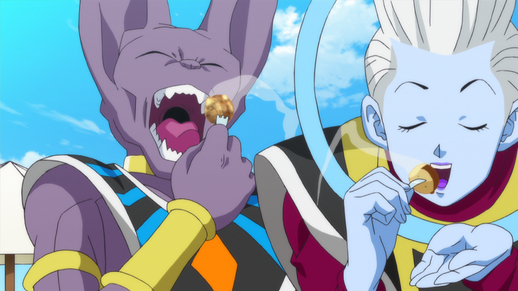 The peace was not to last, however, as his pleasure soon turns to rage when he discovers that Majin Buu has eaten all of the pudding for himself. The warriors of Earth attempt to put an end to his ensuing rampage, but none come close to succeeding.
His following confrontation with Goku in Super Saiyan God form escalates at break-neck speed, culminating in Beerus unleashing an attack powerful enough to wipe out all of Earth. Luckily for us Earthlings, Goku unveils some unprecedented power of his own and manages to nullify the cataclysmic attack. 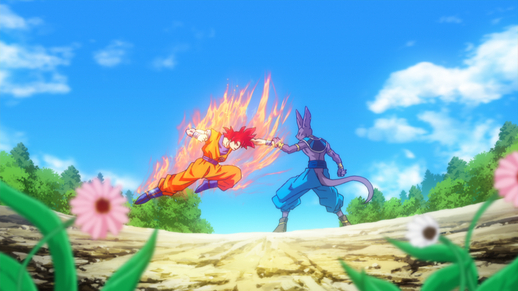 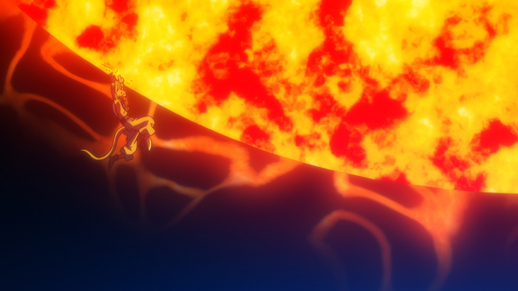 Acknowledging Goku's vast potential, Beerus takes his leave and the Earth gets to spin on for another day.

Forehead Flick
Beerus sent Goku in his Super Saiyan 3 form hurtling through the air with a well-placed forehead flick. 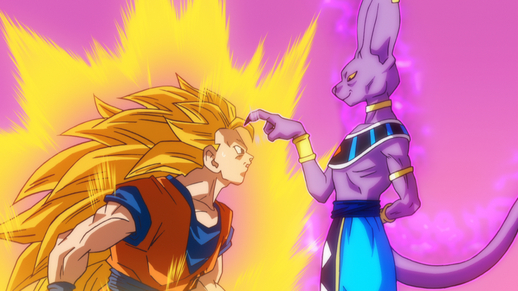 Planet-Destroying Attack
This devastating attack intended to erase Earth from existence exemplifies the incredible power of a God of Destruction such as Beerus. 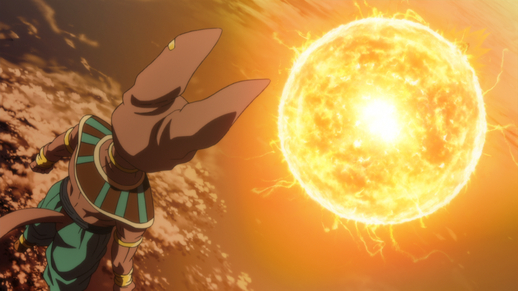 Both Frieza and King Vegeta bow to God of Destruction Beerus!
Not only did Beerus belittle Frieza, remarking, "I'm no fan of Frieza's, either. So self-important. If we cross paths again, I'll gladly wipe the entitled bugger out", but he also humiliated a groveling King Vegeta by resting a boot right on top of his royal head! That fateful scene was witnessed by a young Vegeta, who was left quivering with fear upon coming face to face with Beerus once again as an adult. 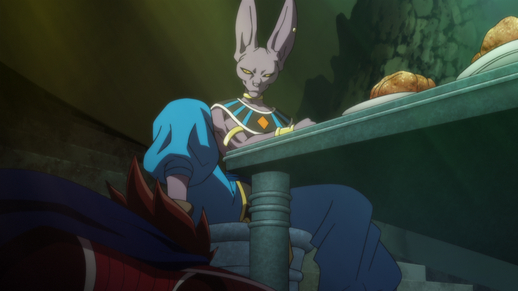 →Preview: Next week's character bows their head so deep to Beerus it's practically on the ground!