The World Travelogue series is where we shine the spotlight on some of the most memorable locations in the world of Dragon Ball. This time, we're carefully approaching Pilaf's towering castle that looms over the southern part of the central continent, along with some locations in its surrounding area.

This castle is the headquarters of the Pilaf Gang, a dastardly trio who plotted to take over the world using the power of the Dragon Balls. The sparse, peaceful landscape of gigantic tree-like mushrooms surrounding the castle makes for a sharp contrast with its treacherous interior. Among the fortress' grim facilities are a trapped maze for hopeless intruders to get lost in and prisons to keep them in that also double as execution chambers by which to dispose of them, all under the watchful eye of Pilaf from his command room via surveillance cameras. But it's not all doom and gloom—not for the Pilaf Gang, that is! The living quarters of the castle are well equipped for Pilaf, Shu, and Mai, who each have their own bedrooms and even a communal rec room complete with a ping-pong table and pinball machine, making for a comfortable reprieve while not furthering one's bid for world domination. 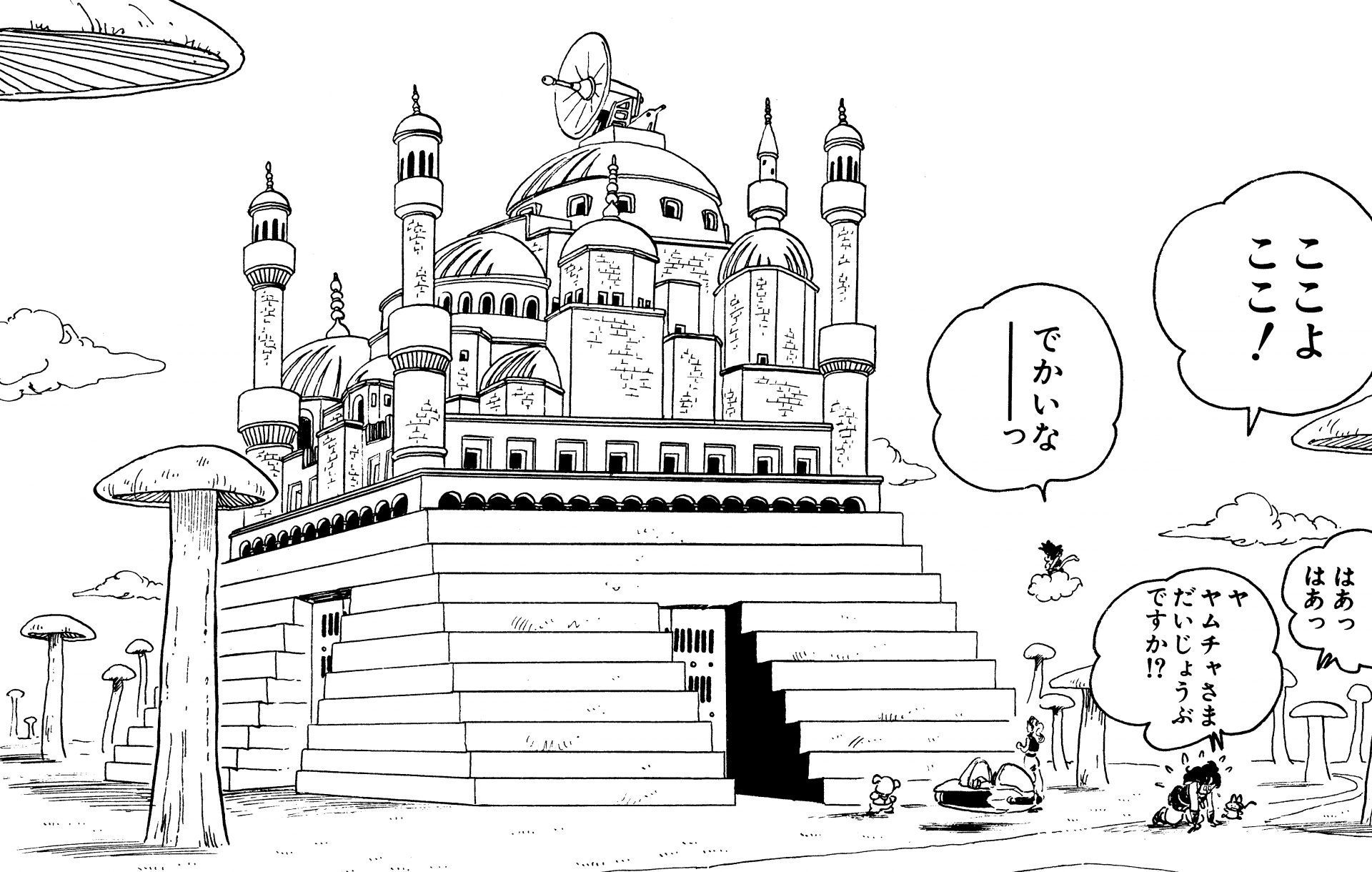 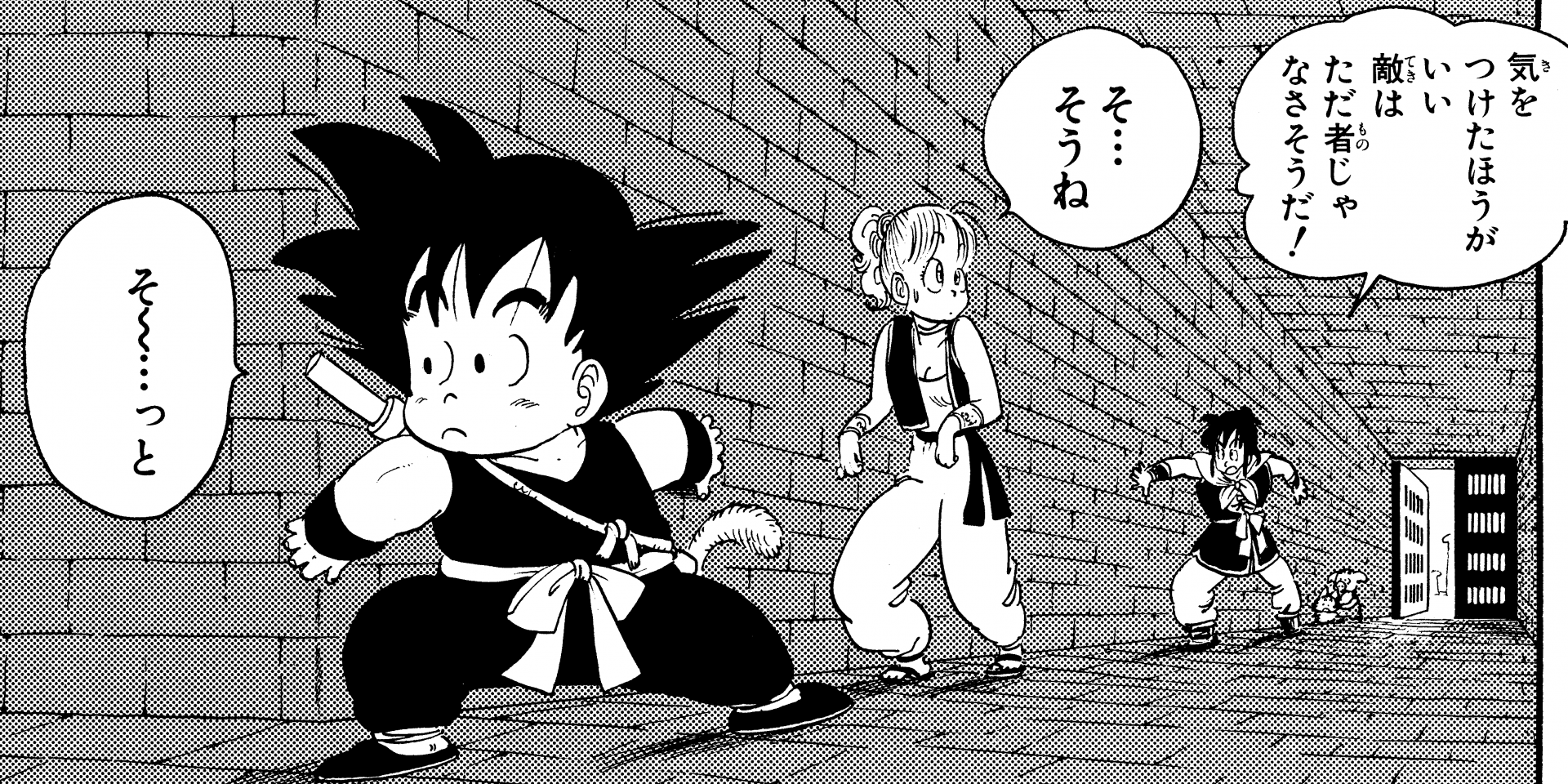 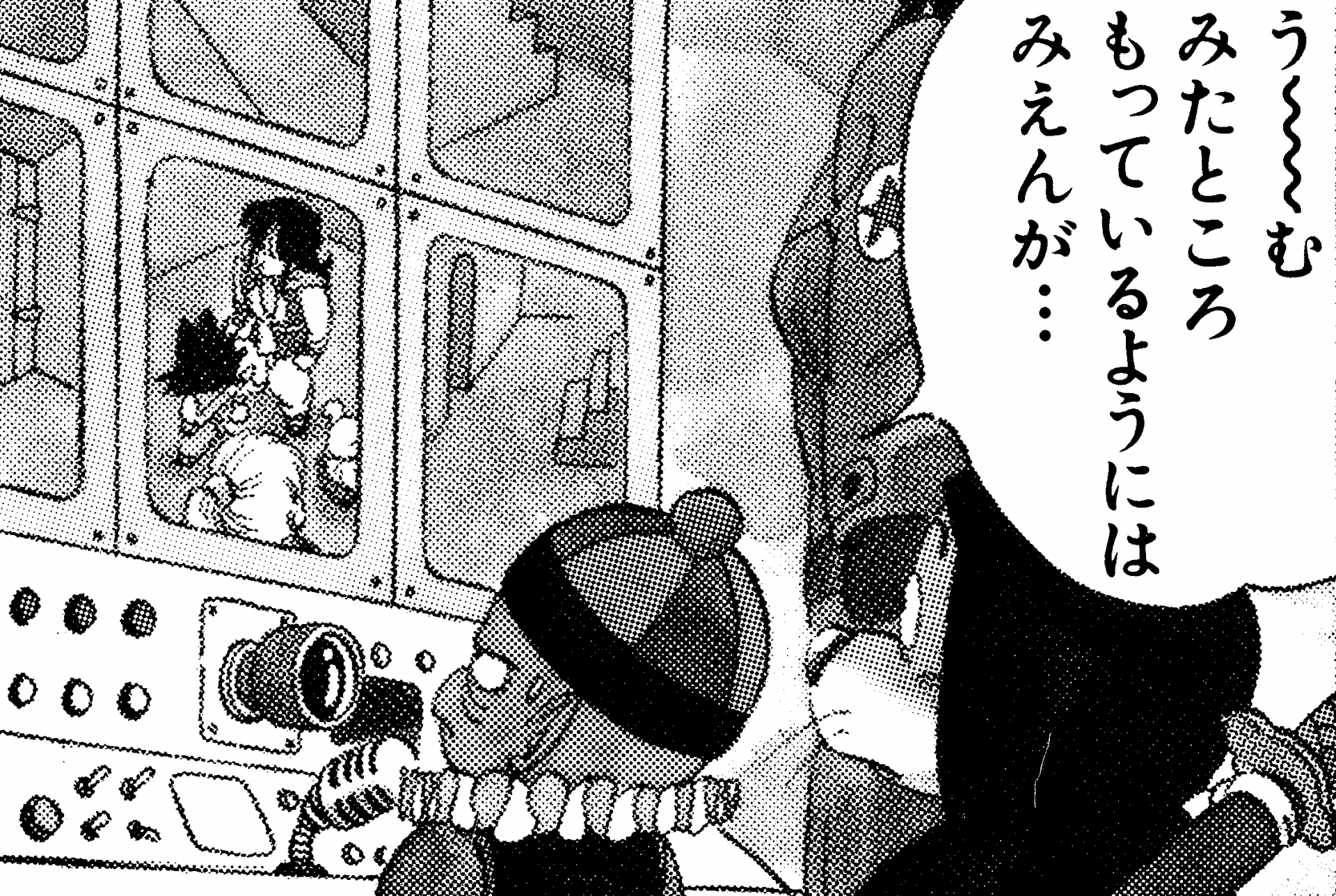 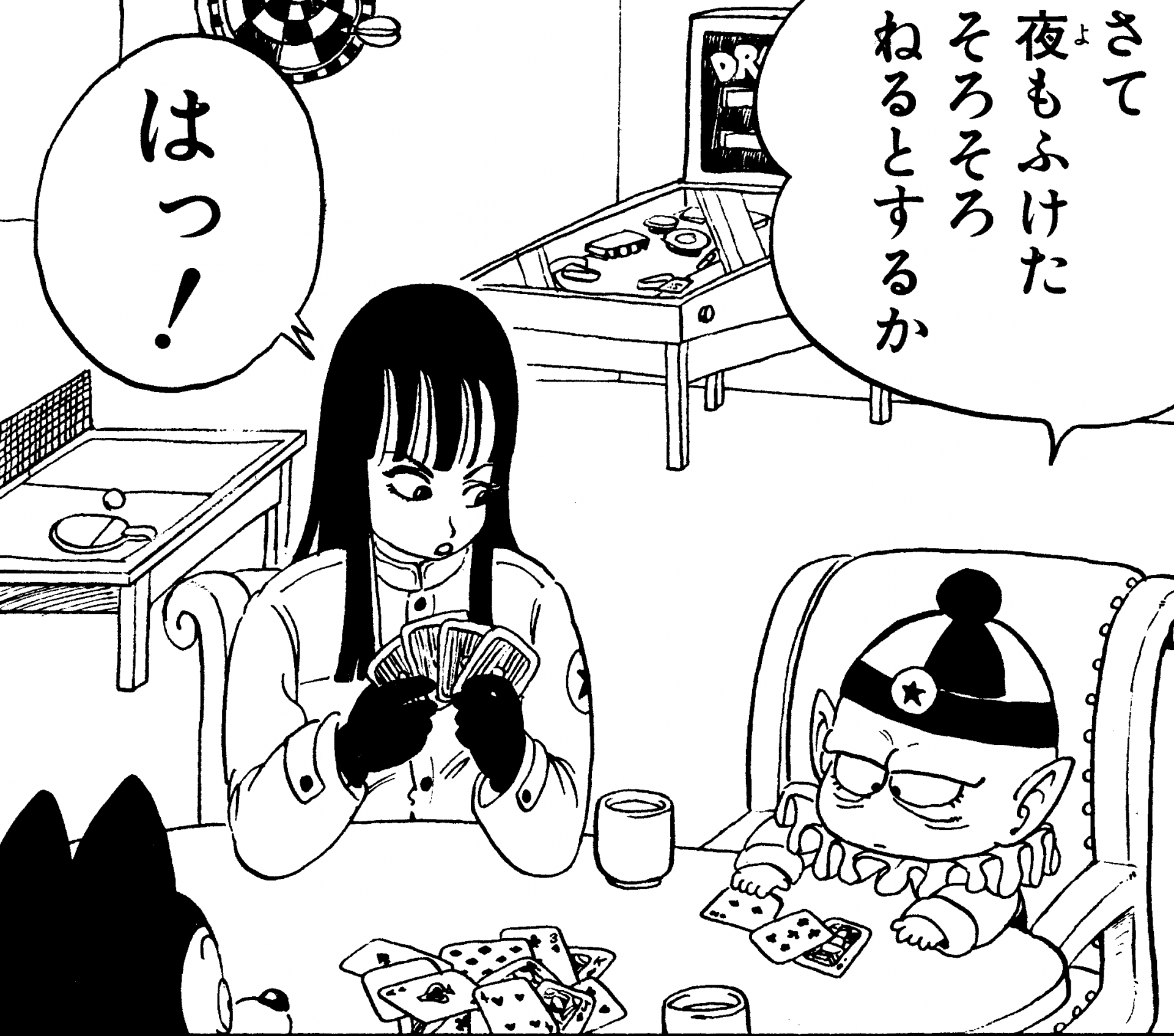 〇Pilaf
The self-ascribed "Lord" Pilaf, Pilaf the Great, or "Emperor" Pilaf is proprietor of the castle and owner of a small arsenal's worth of expensive weapons and vehicles. 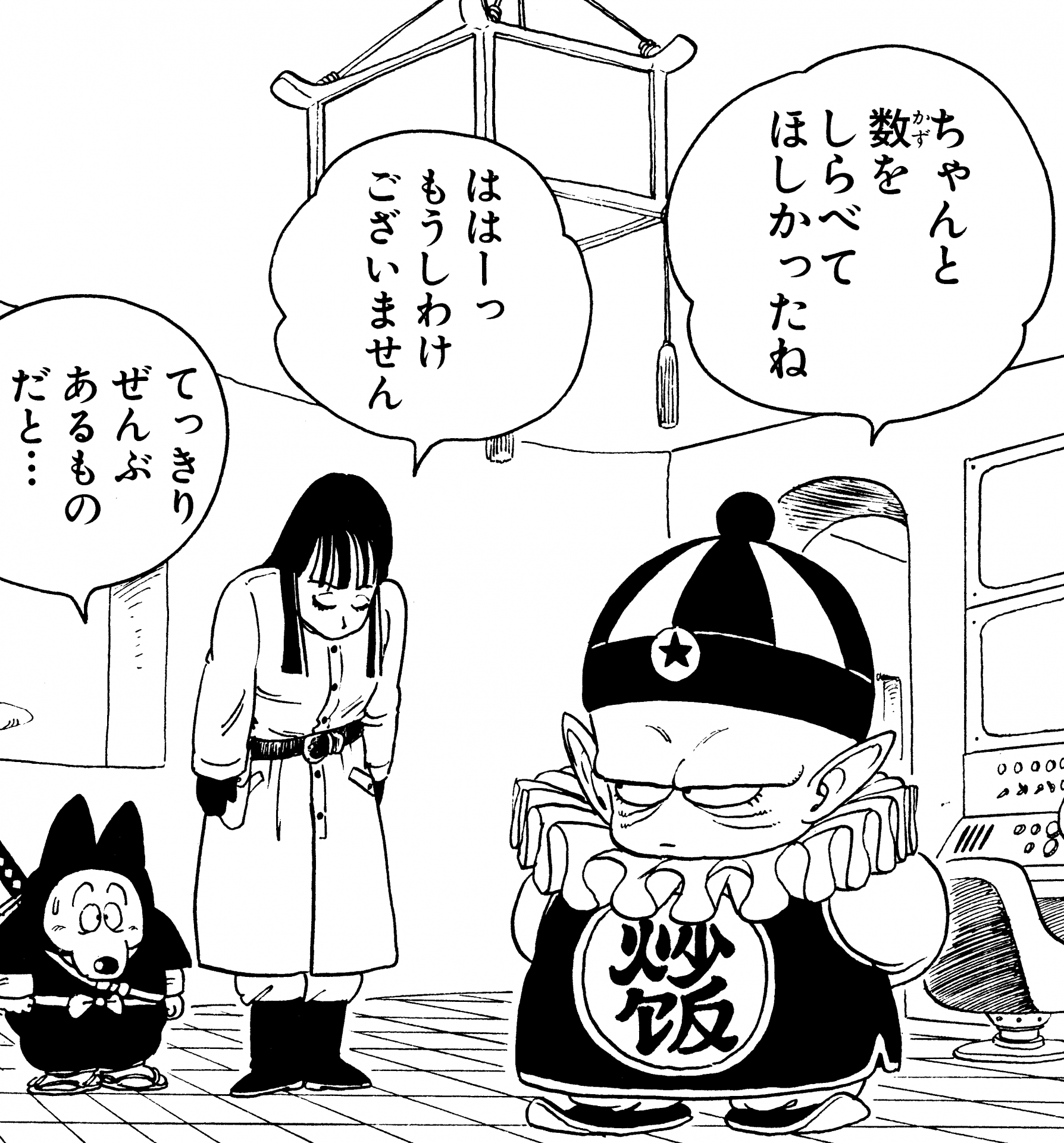 〇Shu
Shu is a dog-like underling of Pilaf. He dresses like a ninja, but he can't actually use any ninja techniques! It seems even villains like to cosplay sometimes. 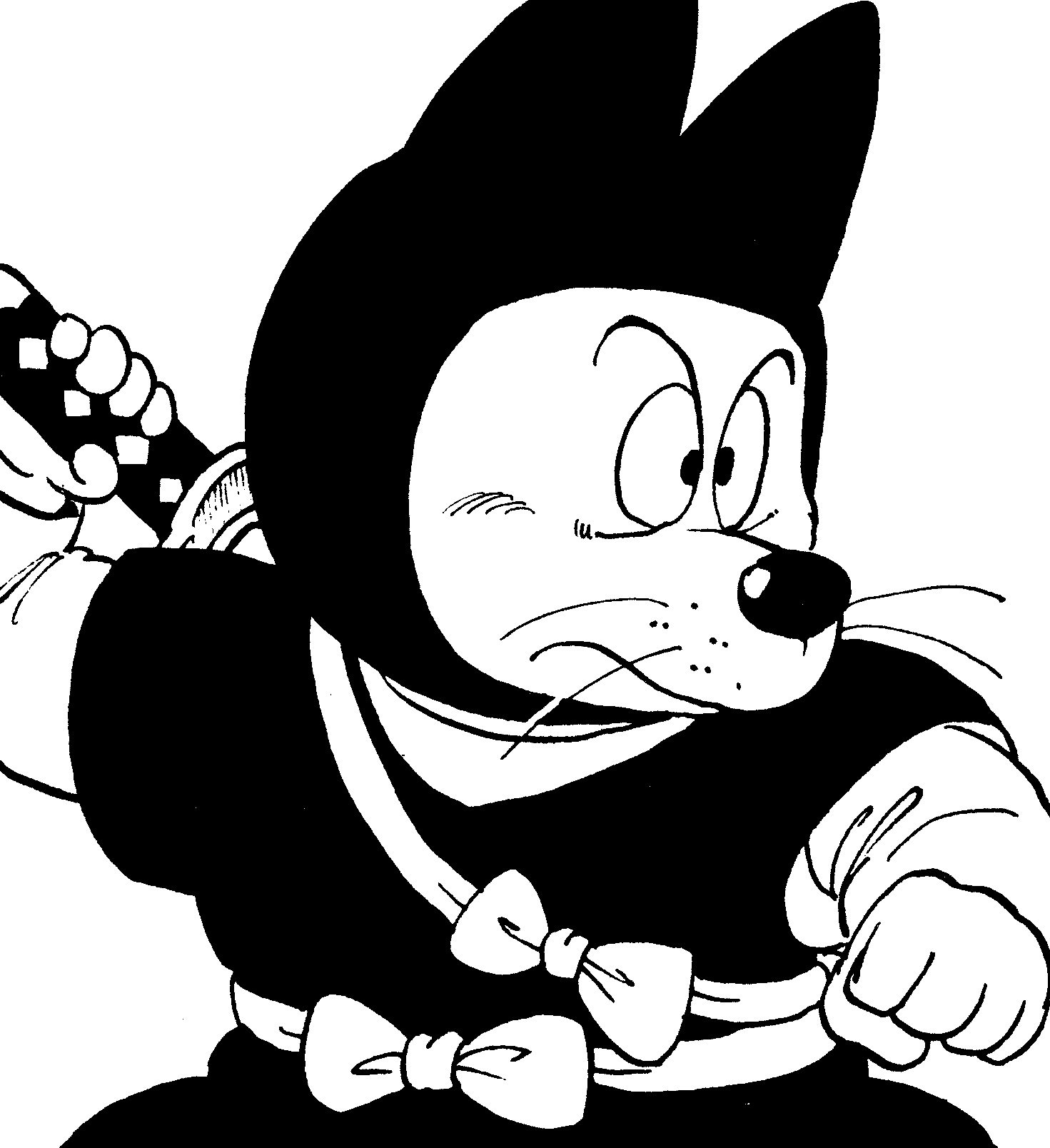 〇Mai
Mai is the other, somewhat klutzy, underling of Pilaf. She has a bit of a thing for crude gags and was once scolded for her vulgarity by Pilaf, who is unexpectedly pure in that regard.

〇Town Terrorized by the Rabbit Mob (South of Pilaf's Castle)
This town was under the oppressive control of Toninjinka, the boss of the Rabbit Mob who can turn people into carrots just by touching them. It's a fairly sizable town and contains both a gas station and a capsule shop. 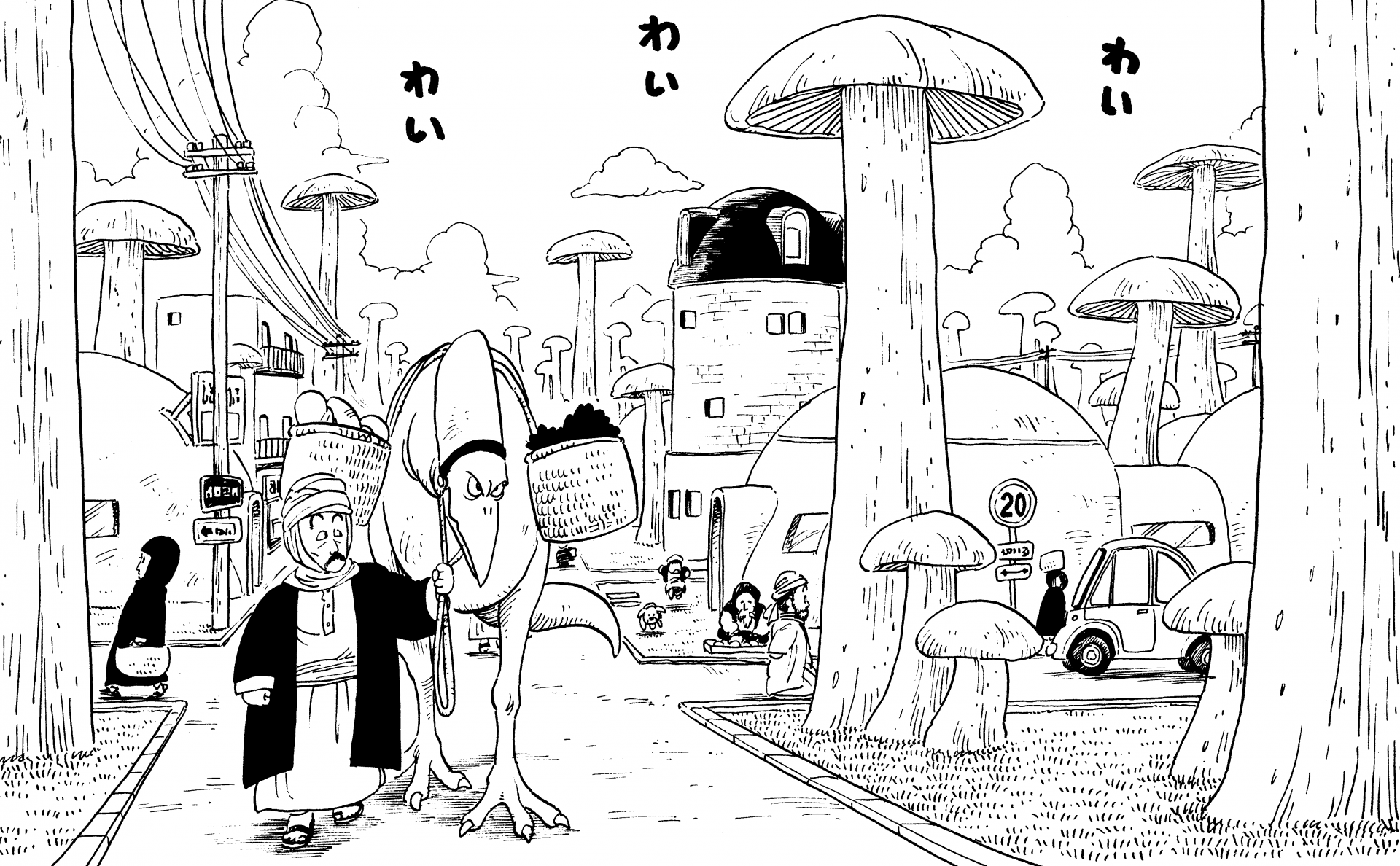 〇Yamcha's Lair (Southwest of Pilaf's Castle)
This lair, carved and hollowed out of a tall pillar of rock, is home to Yamcha and Pual. It blends right in with other similar-looking rock formations in the area, and so serves as the perfect hiding place for a wasteland bandit like Yamcha. 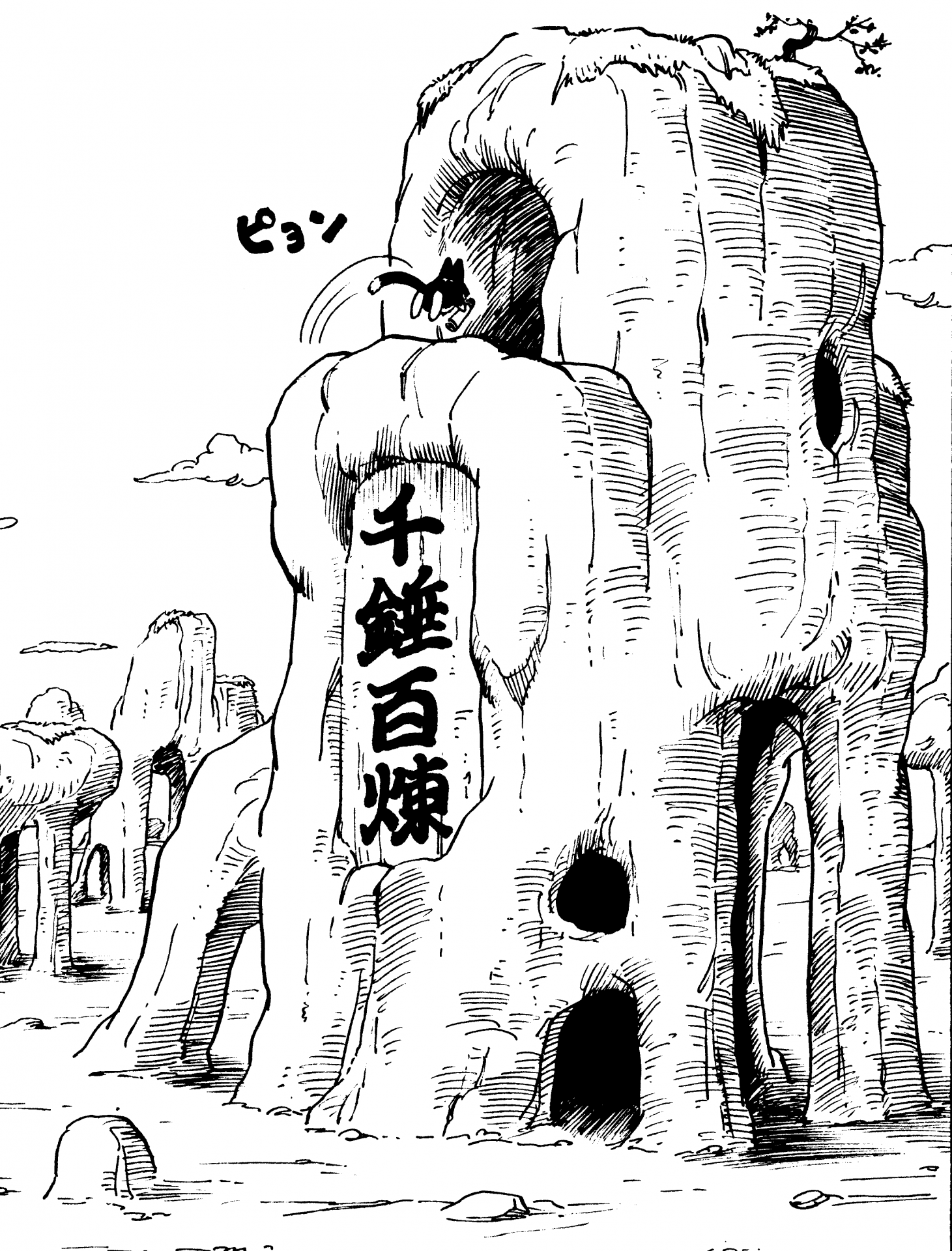 〇Fry-pan Mountain (Southeast of Pilaf's Castle)
This scorching mountain is enveloped by a perpetually blazing fire. Atop the mountain's summit rests Gyumao's castle, but he was long unable to return home to it due to the intense flames engulfing the area. 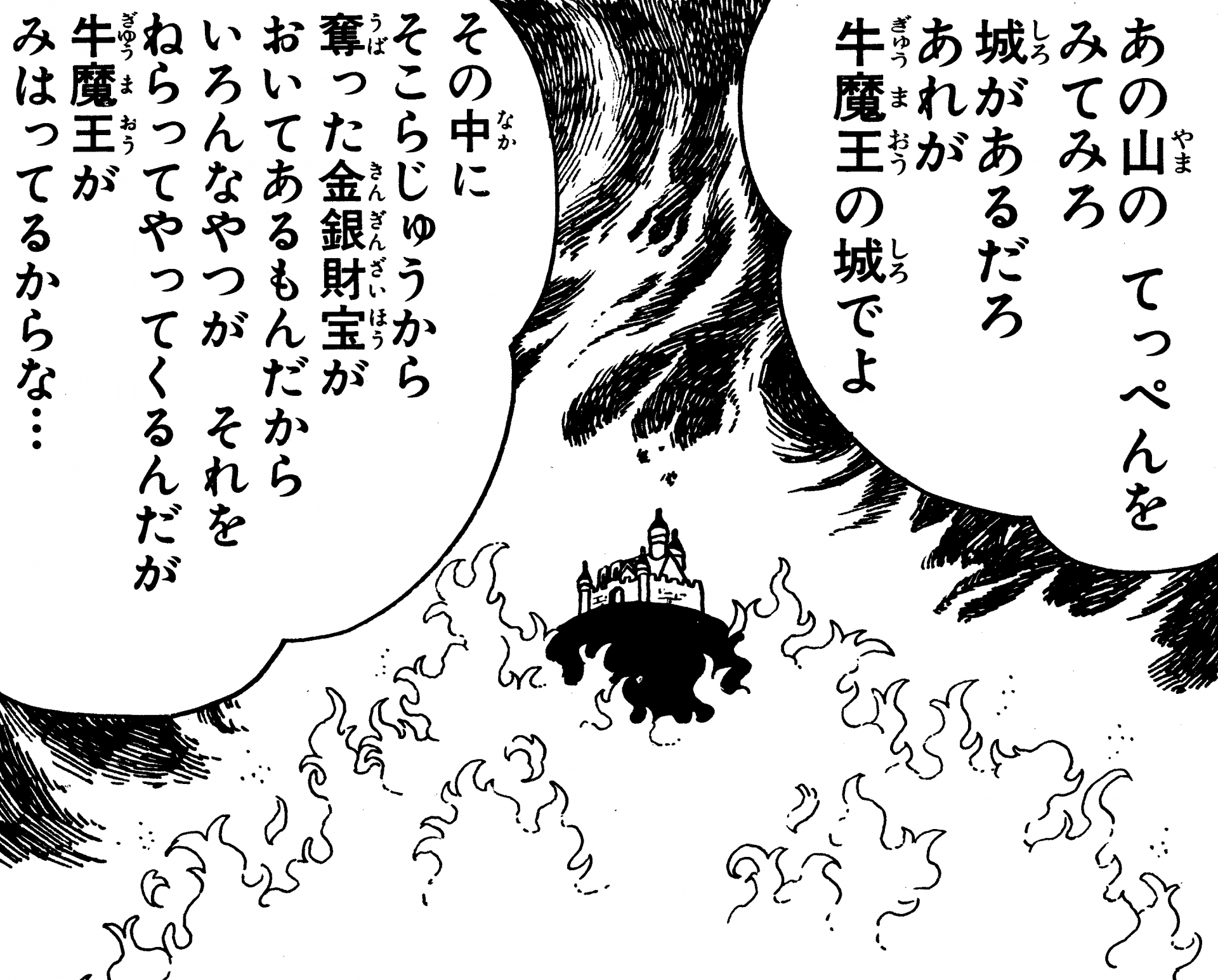 And there you have it! When Goku and his friends visited the area around Pilaf's Castle, our hero fended off Yamcha's second attack, helped to extinguish the flames atop Fry-pan Mountain, eliminated the Rabbit Mob, was captured by the Pilaf Gang, AND destroyed Pilaf's Castle itself after turning into a Great Ape. Not bad for a day's work! All that happening in just one day really gives you a feel for how close together everything in this area is.
We hope you look forward to the next Dragon Ball Investigation! See you next time!