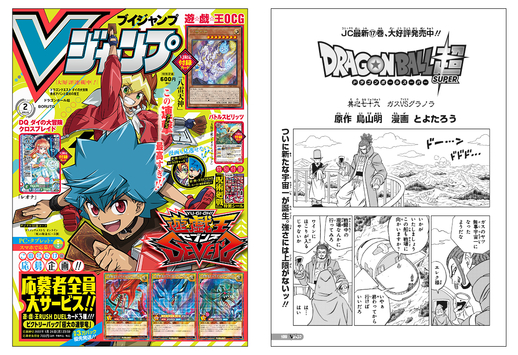 The latest installment of the hit manga Dragon Ball Super is being released in V Jump's super-sized February edition, which is set to hit shelves on Tuesday, December 21st in Japan. Granolah and Gas are set to go head-to-head, so you can't afford to miss it!

While working as a bounty hunter for the Heeters, a group who do their business in the shadows of the universe, Granolah had been seeking a chance at revenge against the Frieza Force and Saiyans who had ravaged his home planet of Planet Cereal. 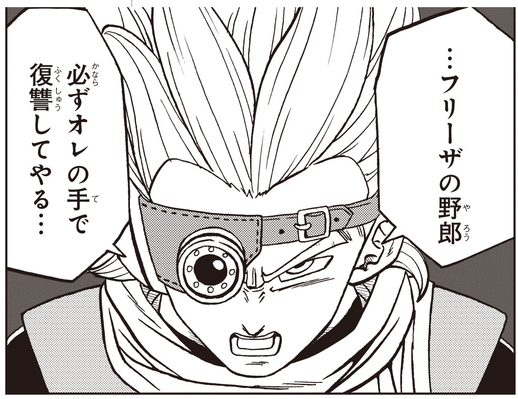 Having learned of Frieza's resurrection, Granolah sees an opportunity to exact his revenge. He assembles Planet Cereal's Dragon Balls and, in exchange for shortening his lifespan, has his wish of becoming the strongest warrior in the universe granted! 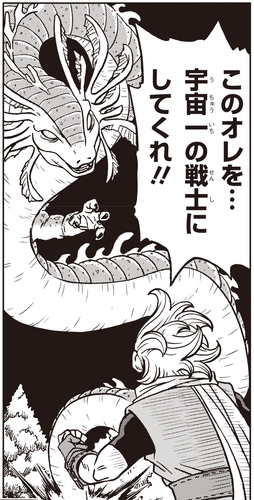 Fearing Granolah's newly unlocked power, the leader of the Heeters, Elec, plots to have him face off with Goku and Vegeta and, in the process, rid themselves of three potentially deadly adversaries who may interfere with their plans of dominating the universe. 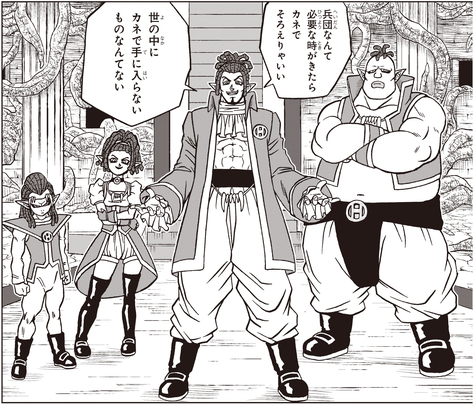 When they arrive on Planet Cereal, Goku & Vegeta are thrust into battle against Granolah. At first the two Saiyans appear to be no match for Granolah, the strongest in the universe, but they step things up a notch in true Saiyan fashion with Goku utilizing his newly-refined Ultra Instinct and Vegeta unleashing the Ultra Ego form he mastered during his training with Beerus! 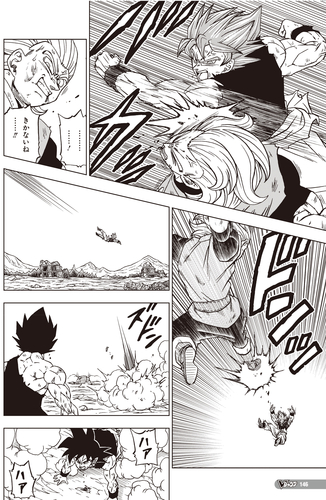 Suddenly, the Namekian Monaito appears before the three dueling warriors and reveals the truth behind the horrific events that had occurred forty years prior. It turns out it was the Heeters who had plotted the attack on Planet Cereal all along, and what's worse, it was Elec who killed Granolah's mother!

Granolah is left in shock as it dawns on him that he was being manipulated by the Heeters all this time without ever knowing the truth.

The Heeters finally make their move, aiming to put an end to all those who would stand in their way. Using the power of the Dragon Balls, Elec's younger brother, Gas, powers up to become the strongest warrior in the universe! With strength that surpasses even Granolah's, Gas launches his attack on Goku and the others!! 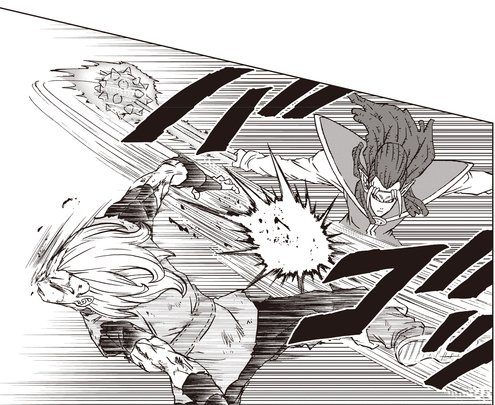 Granolah is all but incapacitated after taking a beating from Gas, and Vegeta rushes to his aid. He then passes Granolah their last Senzu bean and commands him to put an end to this all with his own fists!

V Jump's super-sized February edition is being released on Tuesday, December 21st. Get yourself a copy and follow Granolah, now at full strength thanks to the restorative powers of the Senzu bean, as he clashes once more with Gas! 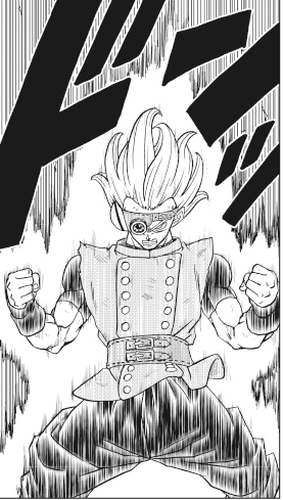