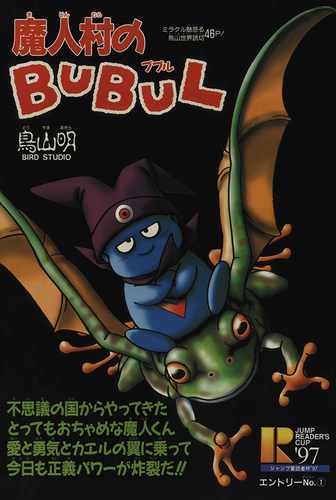 Majin no Mura BUBUL (Bubul of the Majin Village) is a one-shot comic by Akira Toriyama that was one of the contending pieces in Weekly Shonen Jump's '97 Readers Cup, a poll to determine the most popular non-serialized comic of the year.
The 46-page comic follows the weird and wonderful daily life of a playful Majin called Bubul. Toriyama commented on its length in the issue it was published in, saying, "This might be the first time I've ever done 46 pages all at once!"
It might be just a one-shot, but talk about a satisfying read!

Bubul is a young Majin who lives in Majin Village.
You might've already started getting familiar vibes from his name and the use of the word "Majin", but Bubul shares quite a few similarities with Dragon Ball's Majin Buu!
His chubby, round body is certainly reminiscent of Dragon Ball's pink Majin, and even his house has a certain Buu-ish-ness about it. 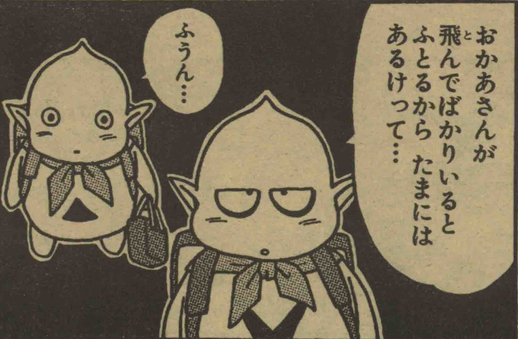 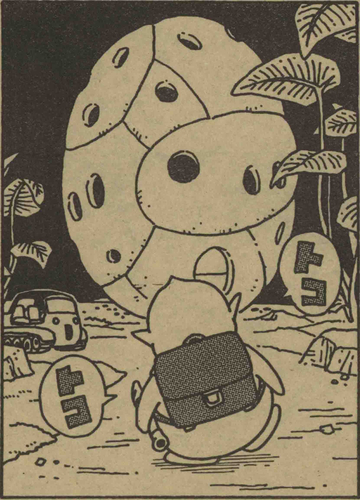 In his free time, Bubul loves watching the inhabitants of the human world going about their everyday lives.
And of course, being a Majin, his method of observation is a little out of the ordinary!
By the looks of it, Bubul shares Majin Buu's ability to morph his body at will. 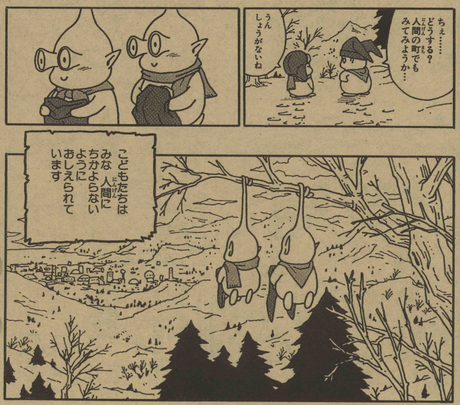 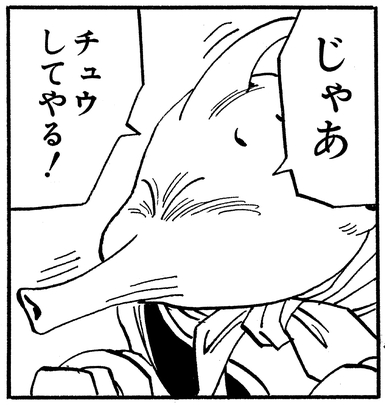 One day while Bubul and his friend are gazing over the goings-on of the human world, they spot a hot pursuit taking place between the police and a bank robber!
During his brazen escape from the cops, the bank robber somehow gets turned around and ends up driving right into Majin Village!
Bubul has always loved watching humans from afar, but how will things go when they get up close and personal?! 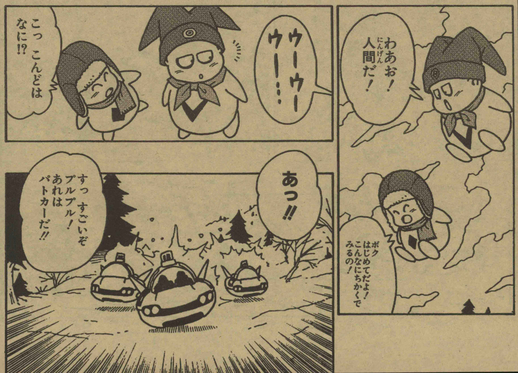 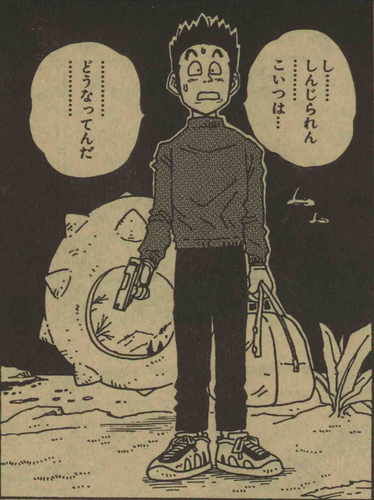 Not to mention the fact that, just like with Majin Buu in Dragon Ball, when the Majin in this story get mad, they explode with rampaging power! 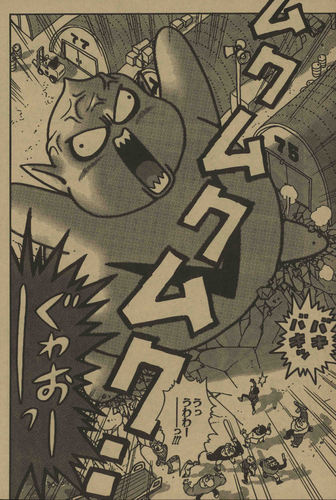 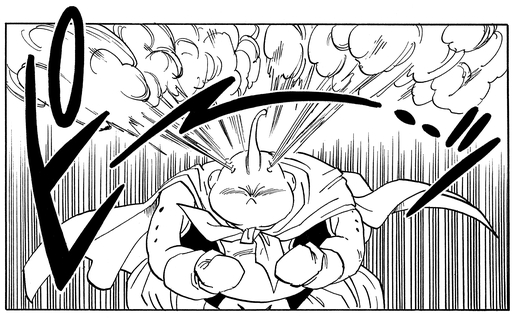 And for another little Dragon Ball-esque element, the name of the bank robber's wife is Zrohs (Drawers), which, just like Bulma and Trunks' names, is a word based on underwear! 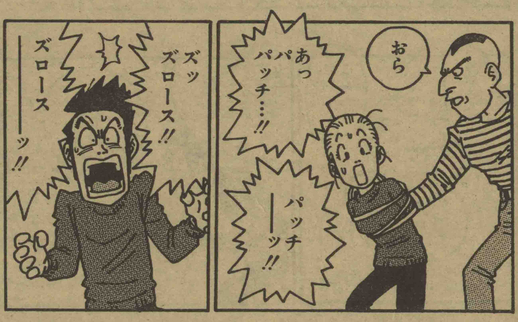 All in all, Majin Mura no BUBUL is a fantastic one-shot comic positively brimming with Dragon Ball-isms to enjoy.
In fact, remember the '97 Readers Cup we mentioned earlier? Fans loved this story so much that it actually took 1st place in the poll with a whopping 174,835 votes!!
Upon accepting the prize, Toriyama stated that he was considering creating somewhat of a successor series to Bubul. Coincidently, Toriyama's heartwarming "COWA!" comic starring a little monster boy made its debut in Weekly Shonen Jump No. 48 later that year! Could COWA! be Bubul's proposed spiritual successor? Check out the comics here and see for yourself!
https://www.s-manga.net/items/contents.html?isbn=4-08-872557-3