The Weekly ☆ Character Showcase is an article series where we introduce one character from the Dragon Ball universe each week. This time, we're sneaking up on the canine ninja, Shu, from the Goku Training Arc! Shu is one of Pilaf's underlings and works together with his accomplice and fellow lackey, Mai, to carry out missions and further their master's plot to take over the world using the power of the Dragon Balls.
His trademark look is a ninja outfit complete with a katana he keeps strapped to his back.
During one of his missions for Pilaf, he pilots a Pilaf Machine and attacks Goku and the others, destroying their Hovercar and stealing their Dragon Balls. However, he is later chewed out by Pilaf when they realized that he missed the Four-Star Dragon Ball that Goku was carrying. 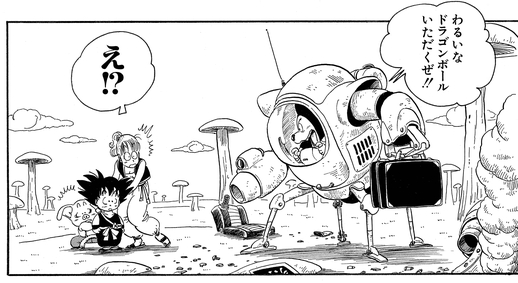 Eventually, the dastardly trio manage to get their hands on all seven Dragon Balls, allowing Pilaf to call forth Shenron and finally have his wish for world domination granted—or so he thought! Unfortunately for the would-be emperor of Earth, Oolong bursts in at the last second and steals the wish for himself! 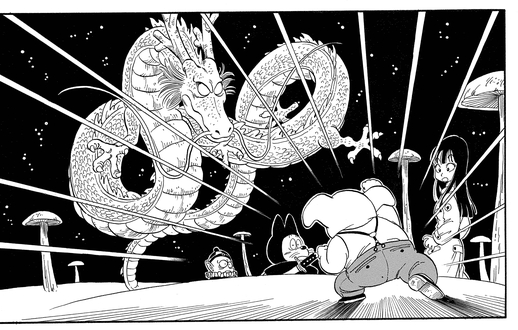 Oolong and the others are then imprisoned in a solid steel cell, but when Goku looks up at the full moon through the cell's glass ceiling, he transforms into a Great Ape and breaks free! He destroys the castle in a wild rampage, not even affording Shu enough time to put on his ninja hood before he frantically flees the destruction.

Not only do the pair work together splendidly when carrying out their missions for Pilaf, but they even react the same way when something unexpected happens! 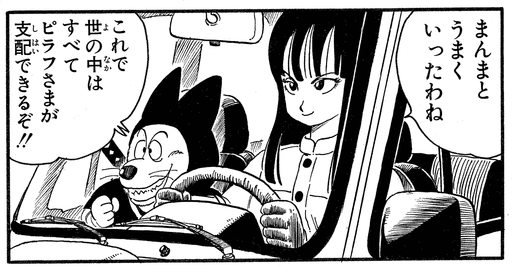 →Preview: Next week's character will be Shu's partner in crime!