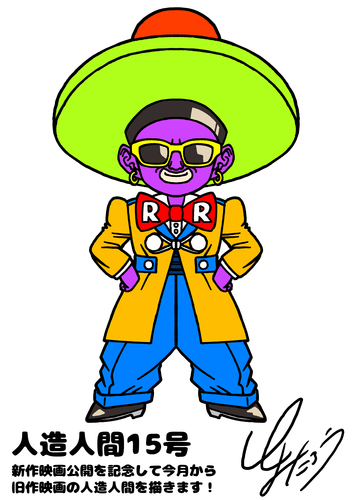 Android 15
To celebrate the upcoming new movie,
I'll be drawing Androids from past movies
starting this month!
——Toyotarou

This is a special monthly series where we feature sketches drawn by Toyotarou from V Jump's ongoing series Dragon Ball Super!
This month's illustration is Android 15!

Android 15 is a movie-original character who made his debut in the 1992 film "Dragon Ball Z: Super Android 13!"
Fast forward thirty years to the present day, and two new Androids—Gamma 1 and Gamma 2—will soon be making their debuts in the upcoming "Dragon Ball Super: SUPER HERO" movie set to hit cinemas in Japan on April 22, 2022!
Be sure to check out the new visual that's been unveiled in the related article linked below!