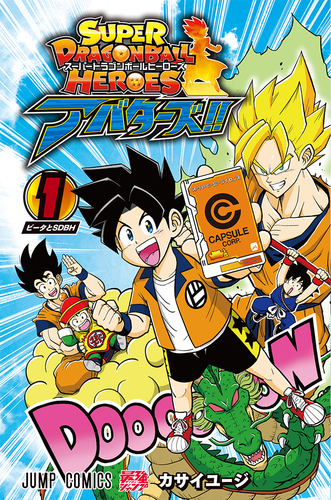 Volume 1 of the "Super Dragon Ball Heroes: Avatars!!" manga went on sale on April 4 in Japan!!

This break-out hit from Saikyo Jump centers around a young boy named Beeta who's always admired Goku and aims to one day become the best at the digital card game Super Dragon Ball Heroes.

Beeta trains every day so that he can be a strong warrior, just like his idol Goku! After a fight with his mother, he leaves home in a rush and finds himself at an arcade, where he first sets eyes on Super Dragon Ball Heroes. Not only is this story full of comedy and intense battles, but it'll also teach you everything you need to know about the game and give you some new strategies for winning that you can try out yourself! 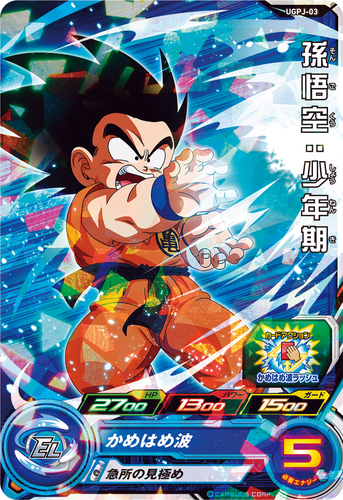 The bonus Super Dragon Ball Heroes card that comes with this release is "Goku: Youth"!
He's got the same youthful energy as Beeta, so it's the perfect complement for this initial volume!

*The bonus SDBH card does not come with the digital version of this release.