The Weekly ☆ Character Showcase is an article series where we introduce one character from the Dragon Ball universe each week. This week we have none other than the titular character of Dragon Ball Super: Broly, Broly himself!

Broly is a pure and kind-hearted Saiyan who was born around the same time as Vegeta.
Even as an infant, he had an inordinate amount of power, which is why he was kept in a capsule meant for the Saiyan race's most elite warriors.
When King Vegeta learned that Broly possessed an even greater Power Level than his own son, he grew jealous and had the baby exiled to the distant Planetoid Vampa. 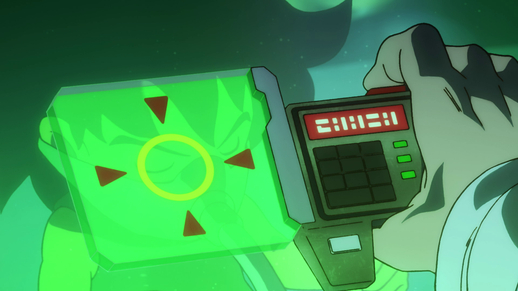 Broly's father, Paragus, chased after him and the two found themselves stranded on the harsh planetoid for 41 long years before they were rescued and brought to the Frieza Force by Cheelai and Lemo.
Since he grew up in such a harsh environment, Broly had never even drunk a drop of water before, never mind eaten something as delicious as chocolate!
Since his power grows out of control when he becomes angry, Paragus installed a device around his son's neck that he uses to send an electrical current through his body to rein him in if needed. 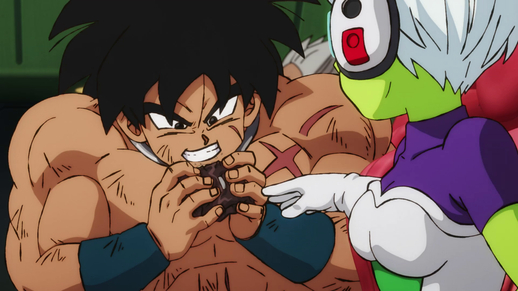 Frieza used both Broly and Paragus for his own means, and Paragus in turn used his son to exact his own revenge on King Vegeta's son, Vegeta, by unleashing Broly on the Saiyan prince.
With the power of the Great Ape inside of him, Broly began to overwhelm Vegeta in his Super Saiyan God form before it appeared he had reached his limit against Super Saiyan God Super Saiyan Goku. 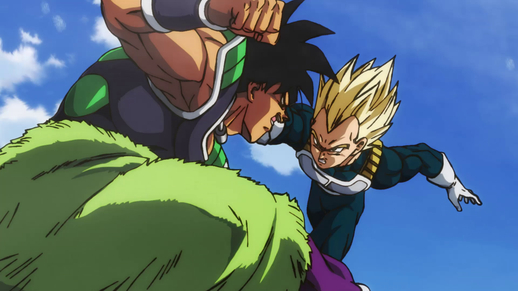 That soon changed, however, as Frieza secretly murdered Paragus, claiming he had been hit by a stray blast. This caused Broly to spiral even further out of control and transform into a Super Saiyan.
During his fight against the newly fused Gogeta, Broly realized his ultimate form: Super Saiyan Full Power. 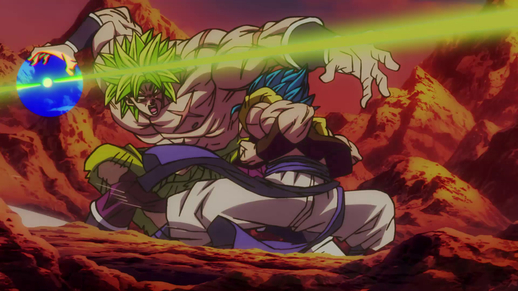 At the climax of their intense battle, Broly looked like he was about to meet his end at the hands of Super Saiyan God Super Saiyan Gogeta. However, Cheelai saved him just in time by using the Dragon Balls to wish him back to Planetoid Vampa.

Great Ape Transformation
Broly can utilize the power of the Great Ape in his regular body without having to deal with the limited mobility caused by transforming into the Great Ape form itself.
Broly became so strong with this form that he was even able to overpower Vegeta and Goku in their Super Saiyan God forms. 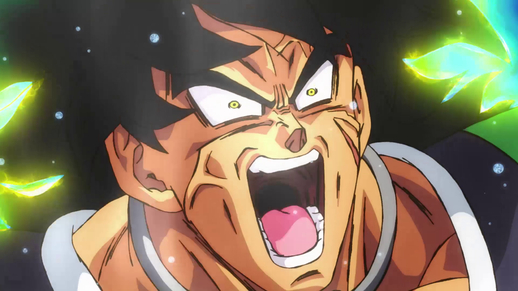 Super Saiyan
Broly achieved his explosive Super Saiyan transformation upon seeing that his father had been killed.
This new power allowed him to swat aside a combined Kamehameha and Galick Gun from Super Saiyan God Super Saiyan Goku & Vegeta like it was nothing. 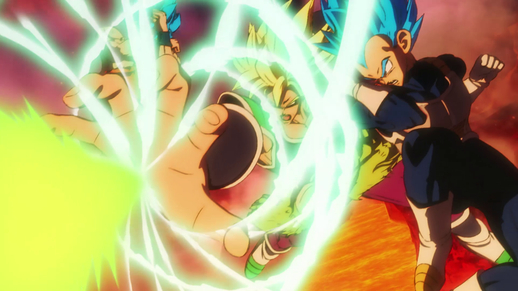 Super Saiyan Full Power
Broly awakened yet another power within himself during his intense battle with Super Saiyan God Super Saiyan Gogeta. This unique transformation causes Broly to grow even larger and lose all sense of self as he indiscriminately unleashes one furious attack after another. It's a form with unfathomable potential that far exceeds Super Saiyan. 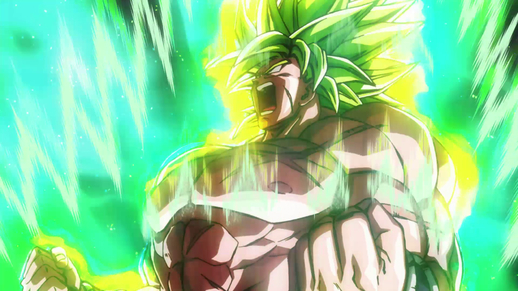 He considers the pelt around his waist to be his friend! 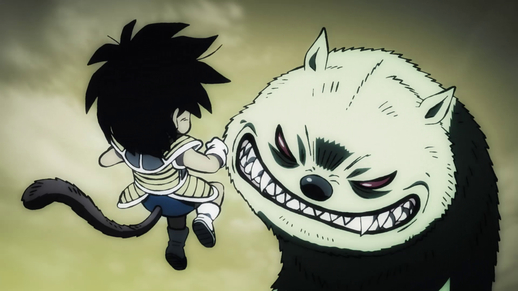 As a child on Planetoid Vampa, Broly found a training partner in the form of a gigantic wild beast named Ba. Broly befriended Ba, which his father Paragus saw as a hindrance to his son's growth into a ruthless warrior. Thus, he shot the animal's ear off, causing Ba to become enraged and never come near Broly again. That's why Broly wears the pelt from Ba's ear so he can always be with his best friend.

→Preview: Next week's character is someone who fought in a frigid glacier like Broly!