Being that Ultra God Mission is the start of a new series for SDBH, the expansion also features new game mechanics, powerful new SEC cards, and more!

Ultra God Mission #1 sees the release of three new SEC cards as well as one special SEC card in its lineup.
One such card is a character making their debut in the promotional anime's new Supreme Kai of Time Arc, a past Supreme Kai of Time known as Aeos! And not only do they feature some seriously stunning artwork, but their stats and abilities are extremely powerful too!

The set also includes a Goku equipped with the new "Change Switch" CAA, which allows players to tag him out for Vegeta during the strategy phase by rubbing the card on the screen! Goku and Vegeta both possess different abilities to give you access to more options in battle, and there's no limit to the number of times you can switch between them!

Finally, the third SEC card, Gohan: Youth, sports incredible artwork and abilities that come together to perfectly recreate the famous scene where he takes down Cell in the original series! 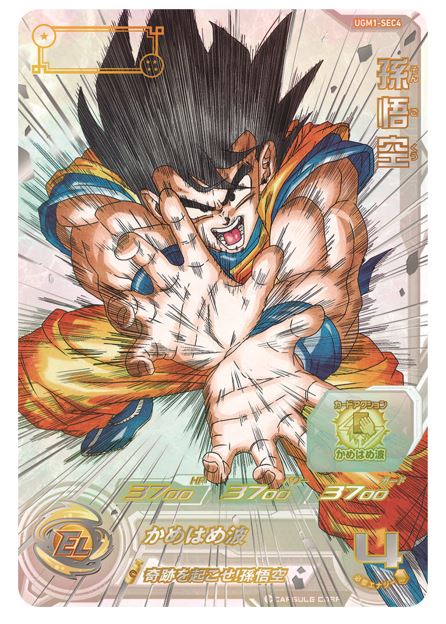 The special additional SEC card this time is a Goku featuring artwork based on Akira Toriyama's original illustrations!
There are only 5,900 copies of this exclusive card in circulation, and each of them will come printed with its own serial number from 1 to 5,900 in the frame at the top left! 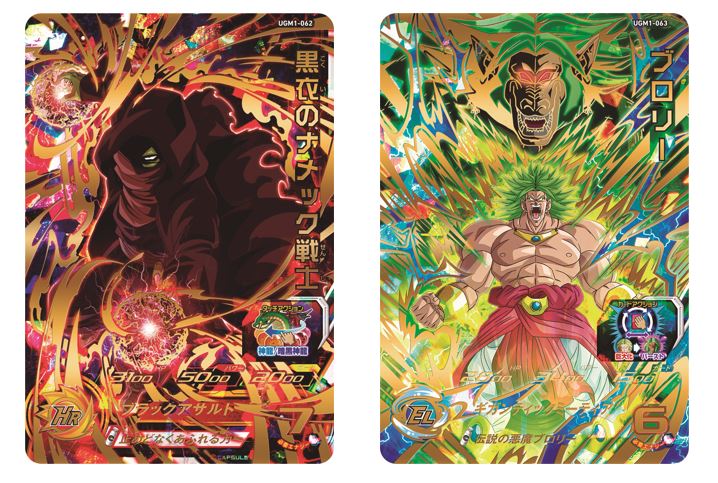 Joining the series for this set's UR cards are two ebon-clad figures who move in the shadows alongside Aeos in the Supreme Kai of Time Arc: the Warrior in Black and the Namekian Warrior in Black! Just who could this new, mysterious Namekian fighter be?!?!

The lineup also includes powerful card versions of Trunks: Xeno, Tapion, and Broly, who kicked off the Supreme Kai of Time Arc with a bang in its first episode with some fierce battles!

And with a new Dragon Ball movie just on the horizon, Goku: SH, Gohan: SH, and Piccolo: SH from their upcoming appearances in Dragon Ball Super: SUPER HERO are also bursting onto the scene! 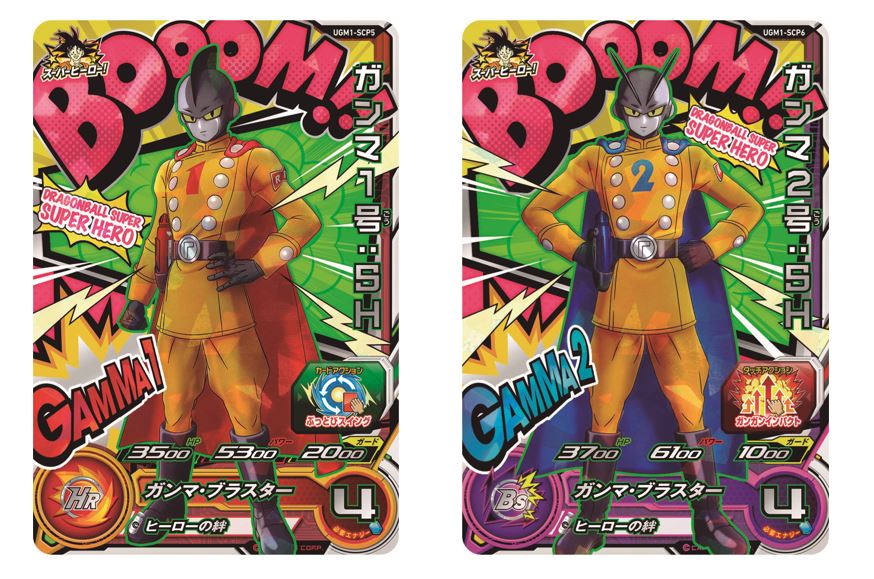 But it's not just the UR cards that are helping to hype up the new movie! This line of flashy campaign cards channel the movie's comic-book-style aesthetic to make for some seriously cool designs!
If you want to see Gamma 1 and Gamma 2 in action before the big release, using them in Super Dragon Ball Heroes is your best bet! This campaign subset adds a new CAA to the game called Kamehameha Rush, where four characters will attack all at once!
And if you look at the artwork closely, you'll see them attacking with the same characters they fought alongside during their stories from the original series!
Be sure to check out their stunning in-game animations when they fire off an earth-shaking Kamehameha Rush together!