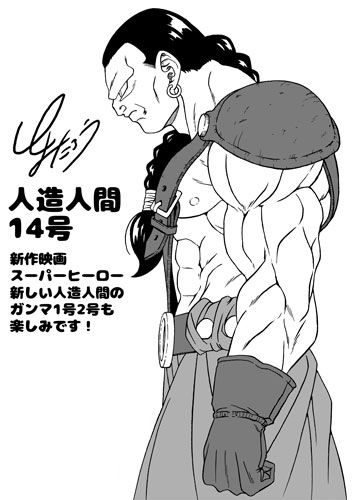 This is a special monthly series where we feature sketches drawn by Toyotarou from V Jump's ongoing series Dragon Ball Super!
This month's illustration is Android 14!

Following on from last month's article, Toyotarou is back with another awesome Android drawing ahead of the upcoming movie Dragon Ball Super: SUPER HERO, where two new Android characters will be joining the series' roster of mechanical warriors!
This month's illustration, Android 14, is a movie-original character from the 1992 film "Dragon Ball Z: Super Android 13!". In the events of the movie, he fought as an antagonist alongside the star of last month's article, his diminutive counterpart, Android 15.