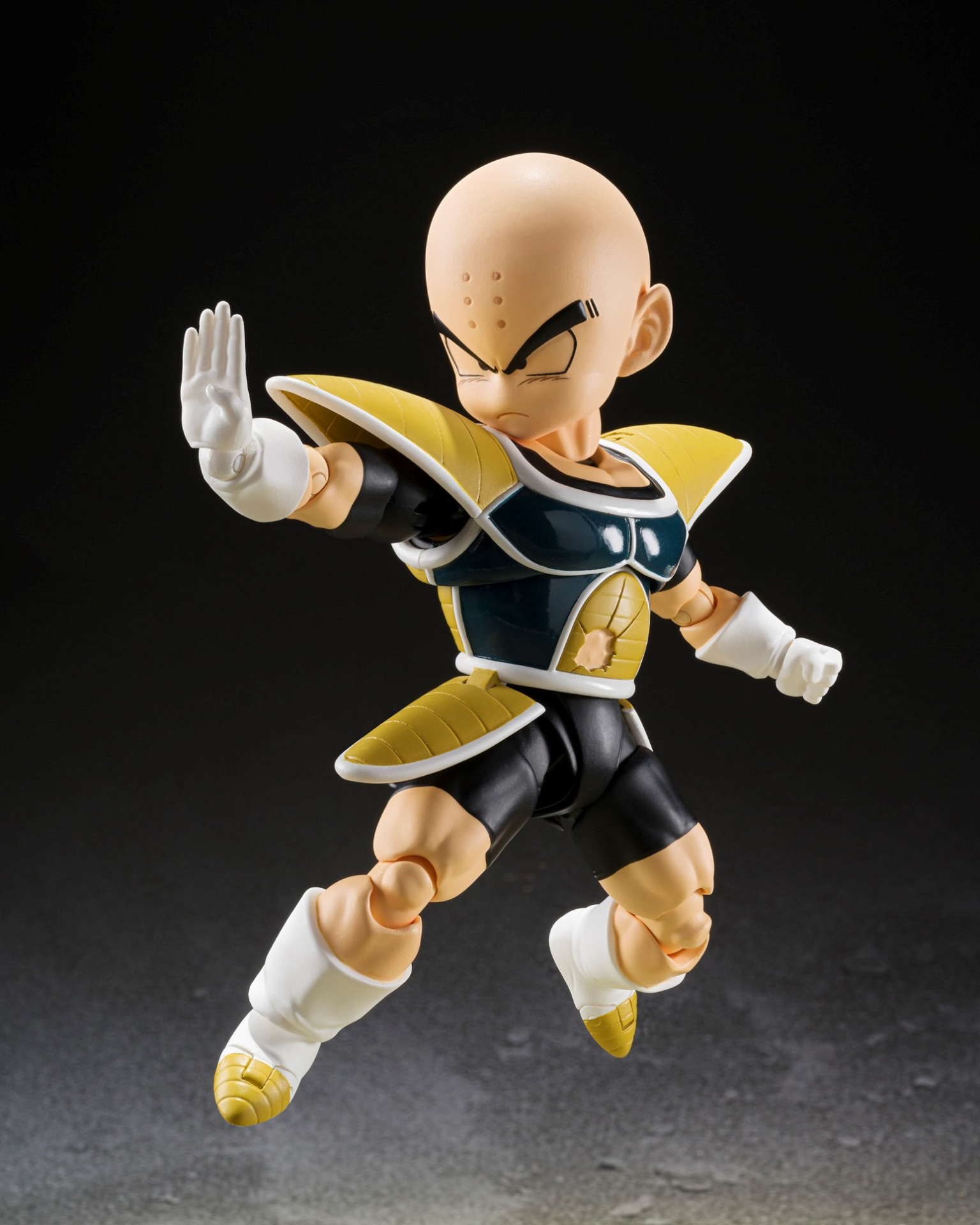 Krillin is here and suited up in the black battle armor he wore during his fierce battles on Planet Namek!
But even with the added protection, you won't find any drawbacks in the outstanding posability of his arms and legs! 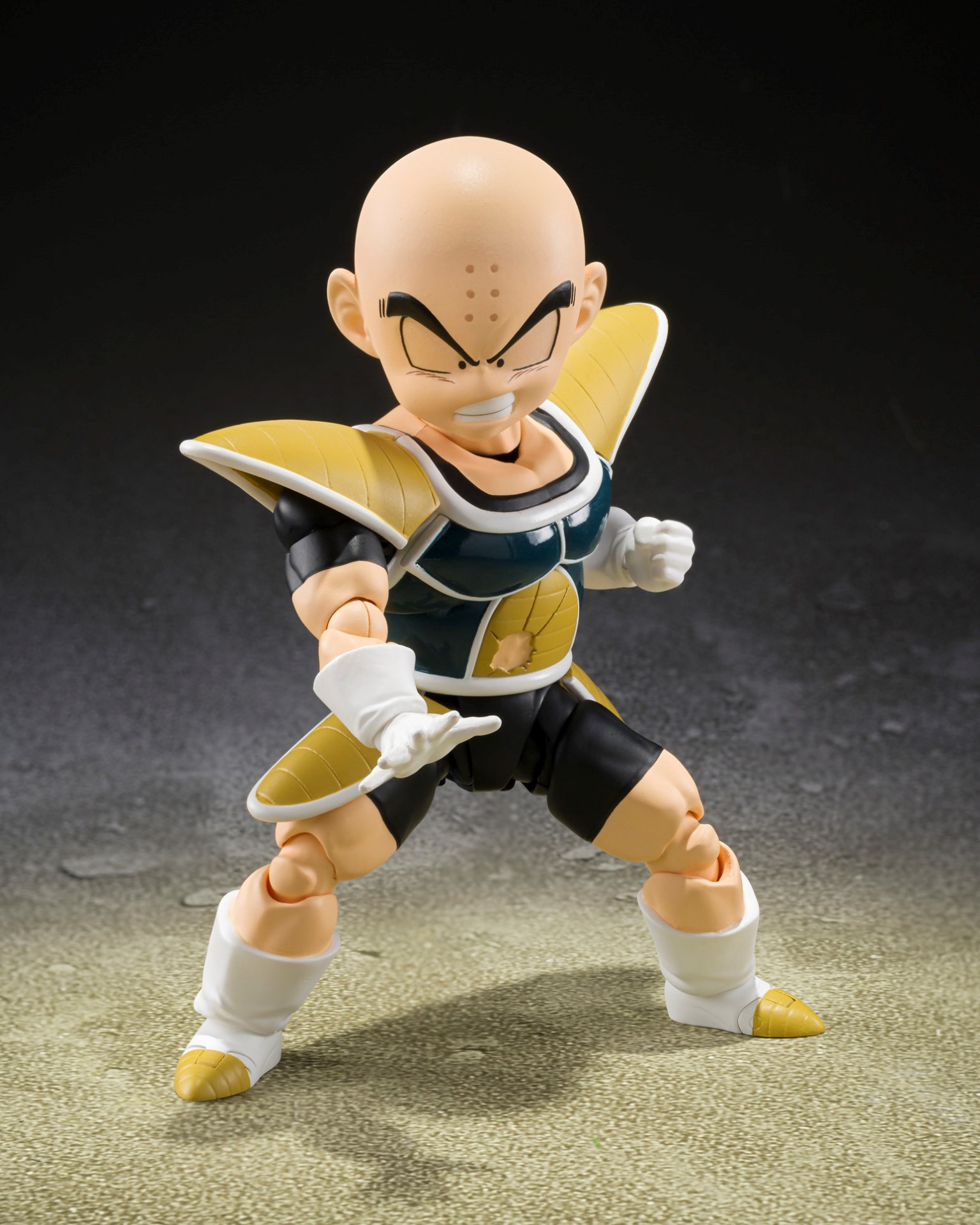 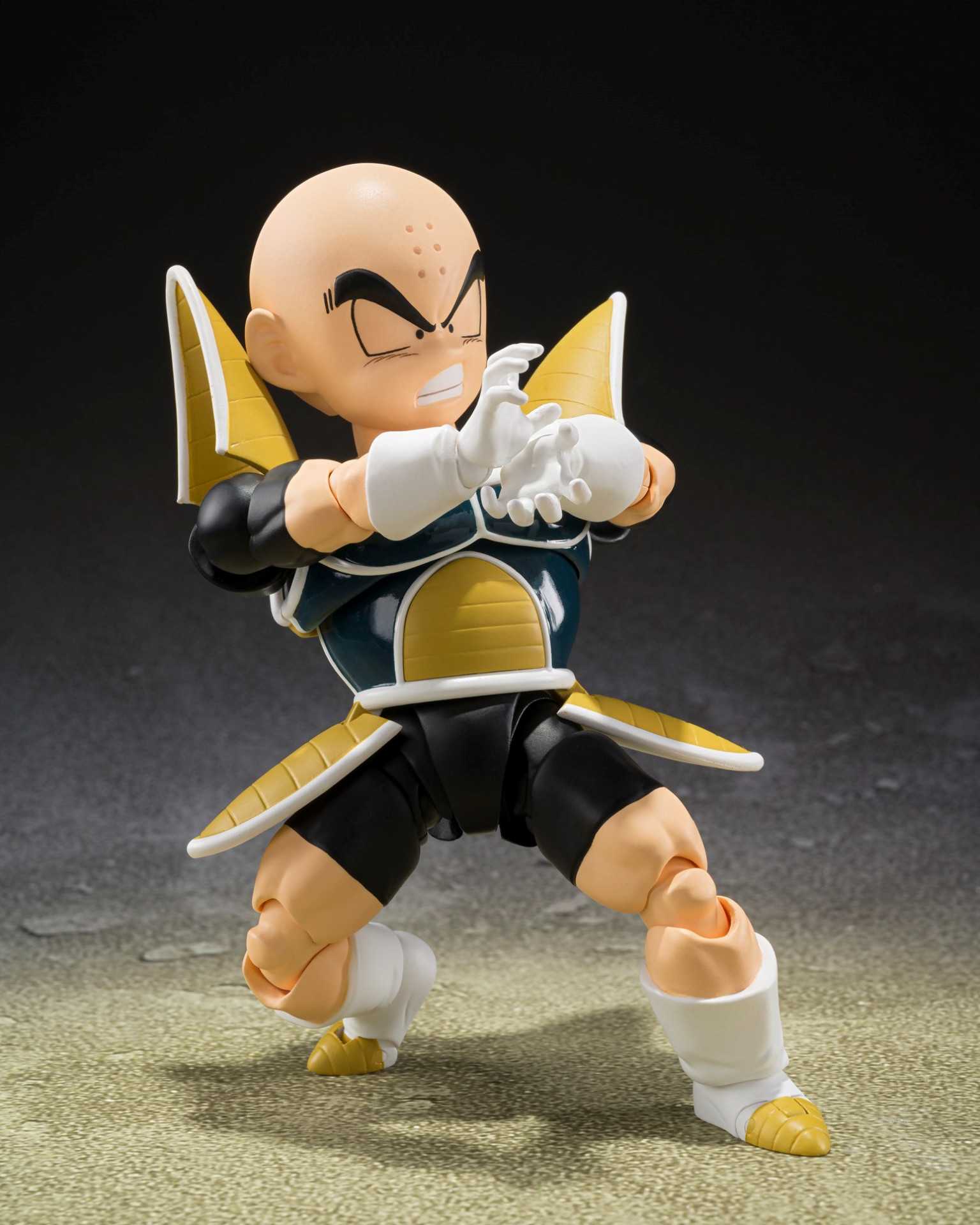 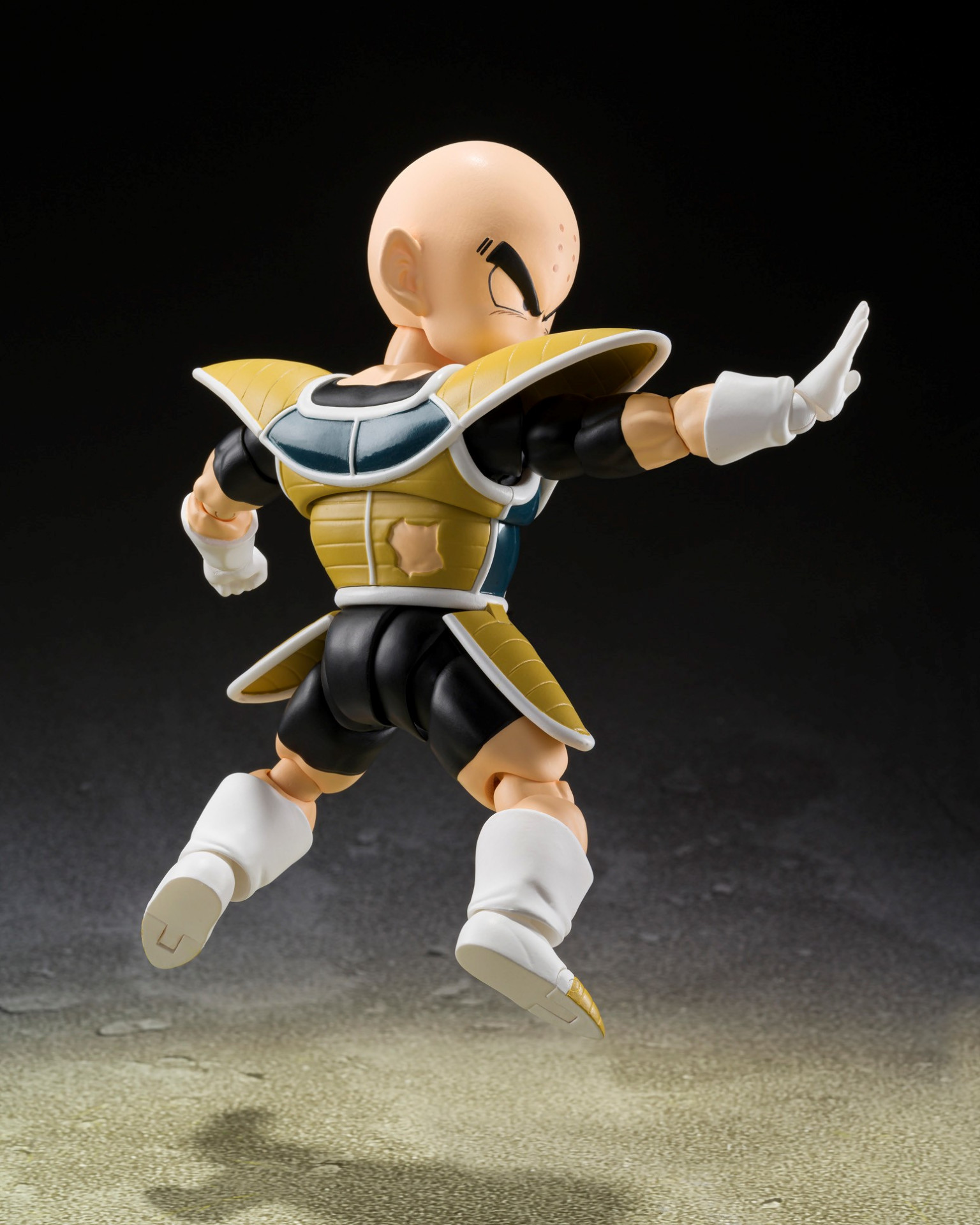 Use the swappable chest part to bring his arms in for a Kamehameha and other dynamic poses,
or even change out his back and stomach parts to recreate the battle damage he took in the series! 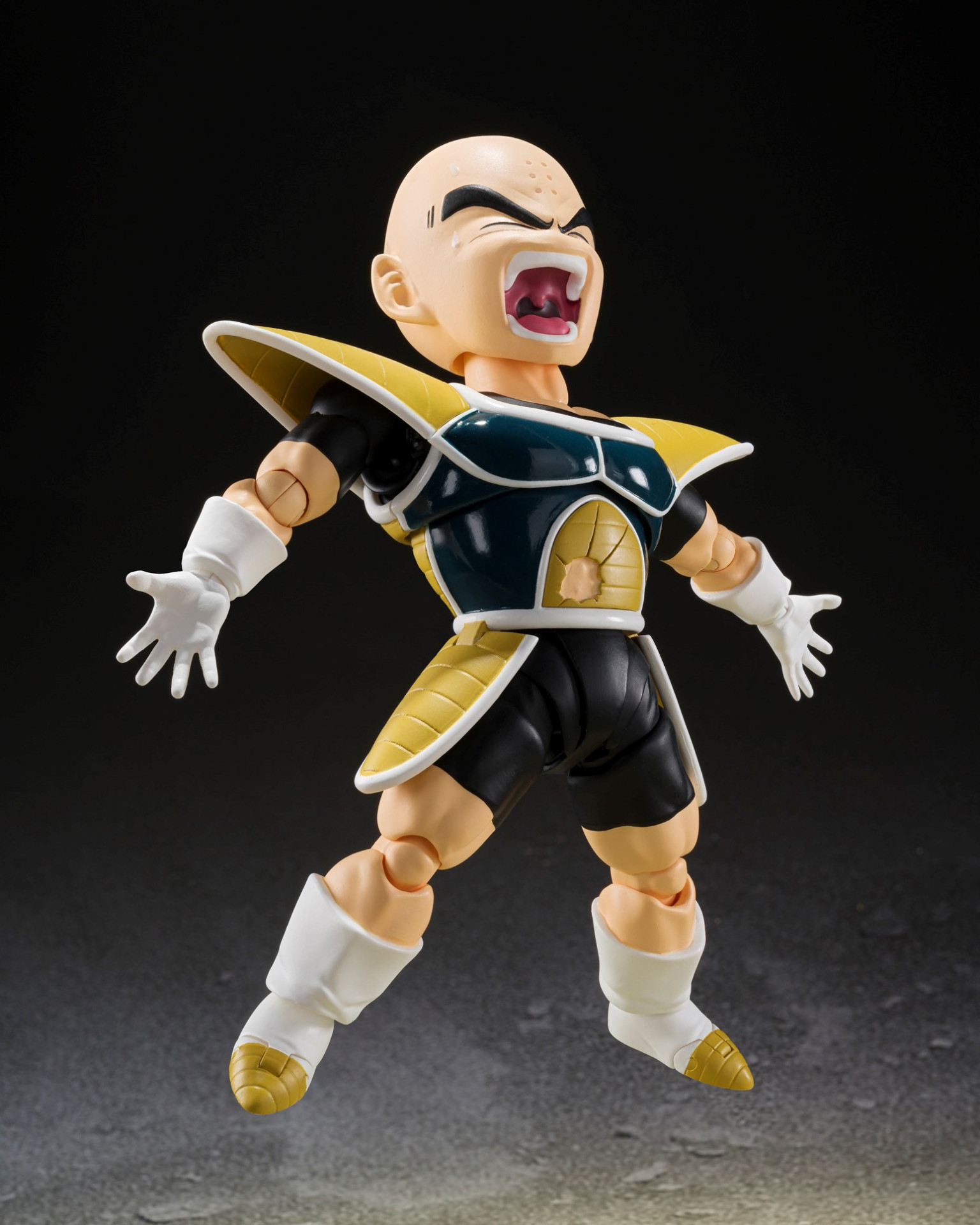 He comes with a regular shouting expression part as well as one specially for recreating the moment he was blown up by Frieza!
Few Dragon Ball fans could ever forget that scene, especially considering that it triggered Goku's first Super Saiyan transformation! 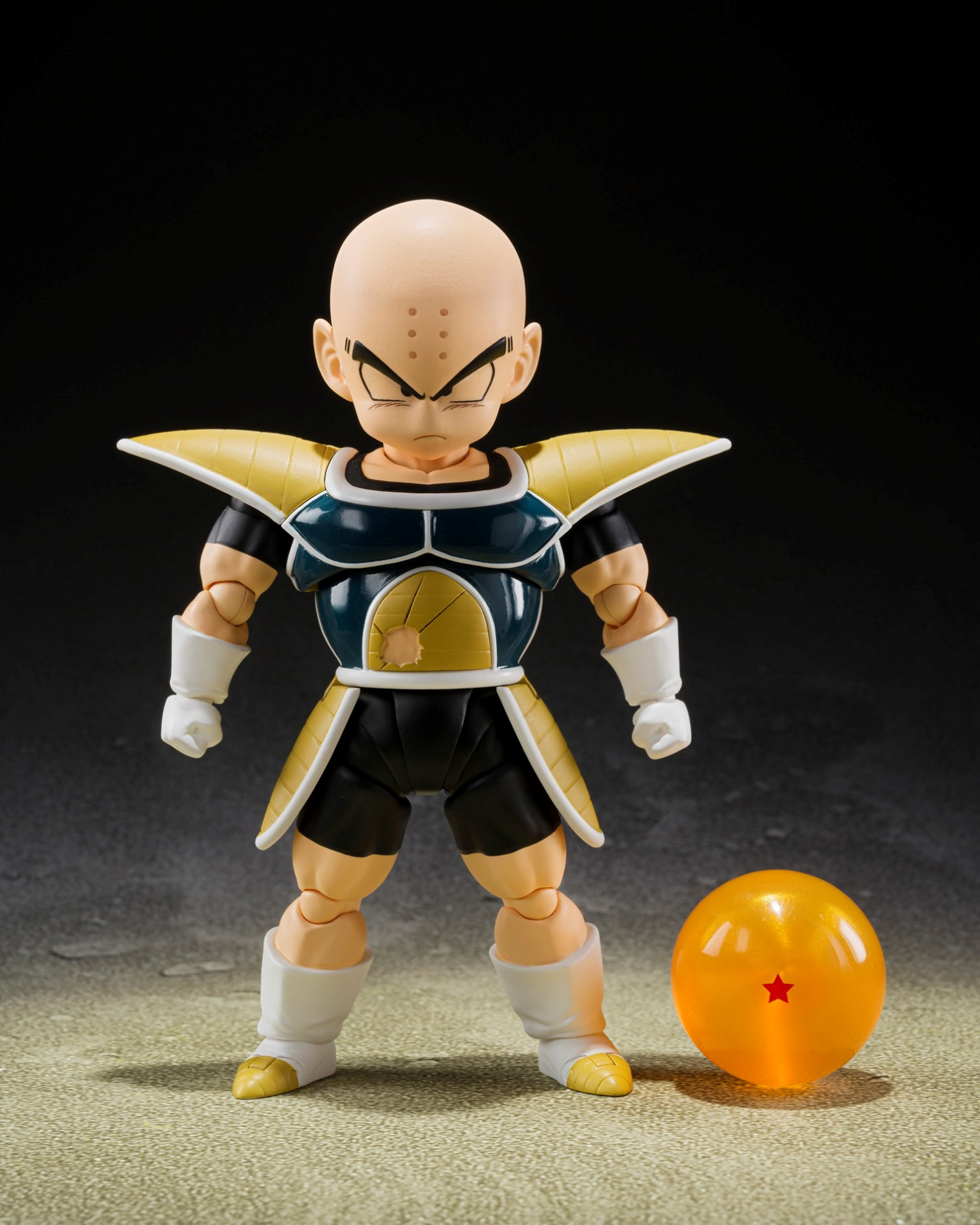 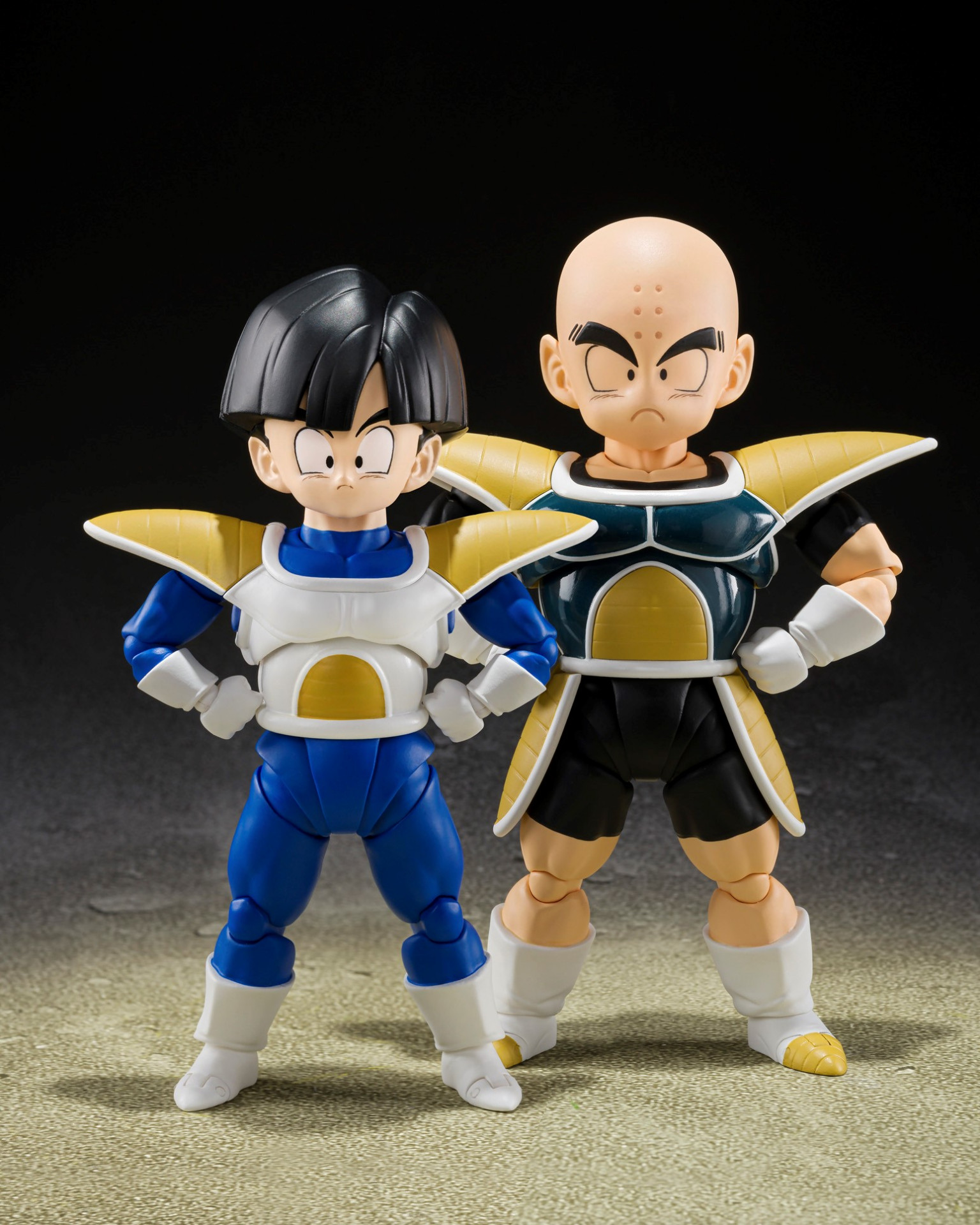 Stand him up alongside S.H.Figuarts Gohan -Battle Armor- to recreate their title page from the manga!

More Info
https://www.tamashiinations.com/product_detail/shf_db/
*Will be at Pre-Order at PREMIUM BANDAI USA!