"I Wanted to Make a Mystical Song" | Composer Takeshi Ike Tells All About the Creation of "Detekoi Tobikiri ZENKAI Power!" 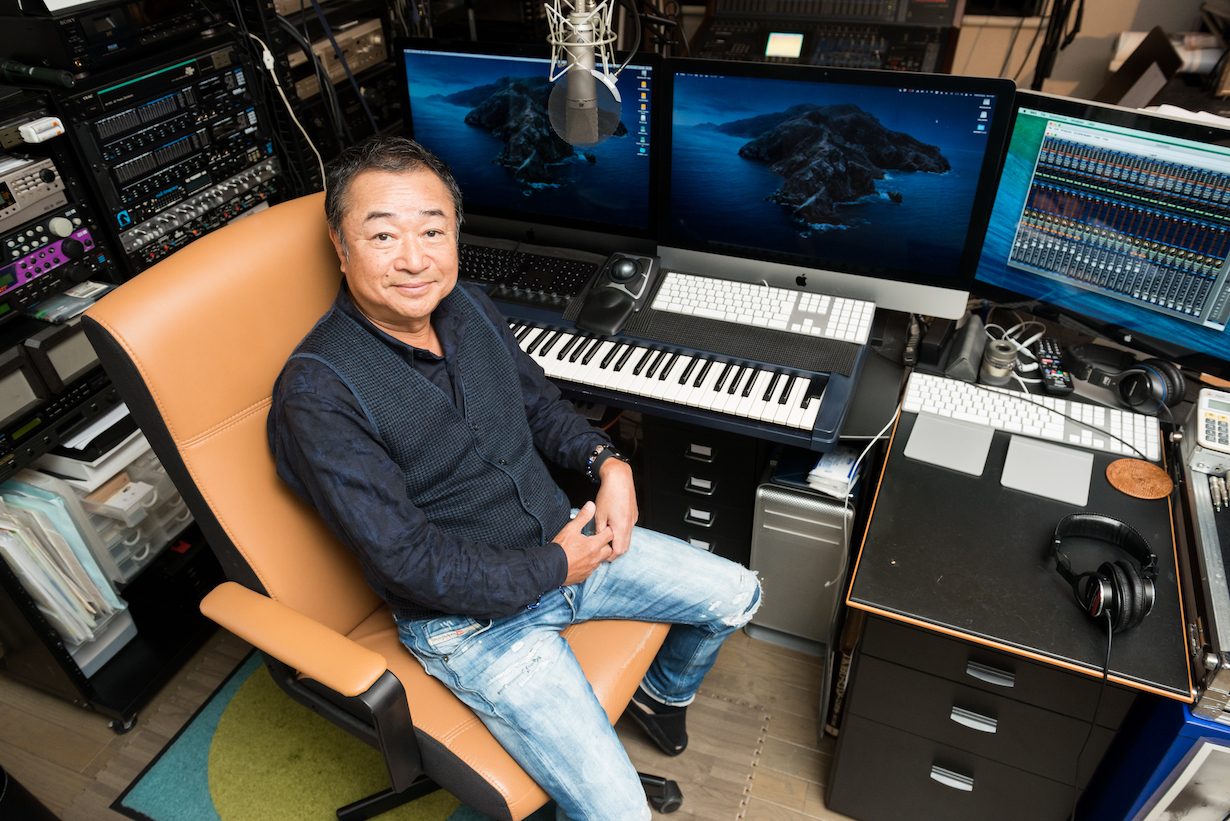 "Detekoi Tobikiri ZENKAI Power!" was the first ending theme of the Dragon Ball Z anime, and although it was released a whole three decades ago, it's still held in high regard and remains popular among fans and the general public alike.

Of course, it's especially nostalgic for people who watched Dragon Ball Z growing up. If you did, you probably remember it as being a somewhat peculiar song, and you might recall hearing strange, incantation-like chants in certain parts, right? If you play those parts backwards, it actually says, "This song was made by Kenji Shimizu, Takeshi Ike..." and so on, listing off real members of the song's production team!

This little easter egg that's been passed down between Dragon Ball fans was an idea of the song's composer, Takeshi Ike. After graduating from Japan's Musashino Art University, Takeshi self-studied musical theory while working towards becoming a composer.

For today's article, we were fortunate enough to interview him and ask all kinds of questions about his idea for the backwards credit reel, the composition process, the recording, and more! We were even able to slide in one or two questions about the creation of "Makafushigi Adventure!" too, so be sure to read until the end if you're a classic Dragon Ball fan!

*Interview was conducted remotely while abiding by coronavirus prevention measures.

Interviewee: Takeshi Ike
Born in Kagawa Prefecture in 1953. Studied art and design at Musashino Art University and graduated in 1977. Signed with Toshiba EMI and made his musical debut with "Kekkon Shimasu" as part of He-Story in 1979, releasing five singles and one album in total before the group disbanded in 1981. He has been working as a composer ever since.
Favorite Dragon Ball character: Umigame the Sea Turtle. "I'll never forget that line where he says, 'I should explain... You see... I'm a turtle.'" 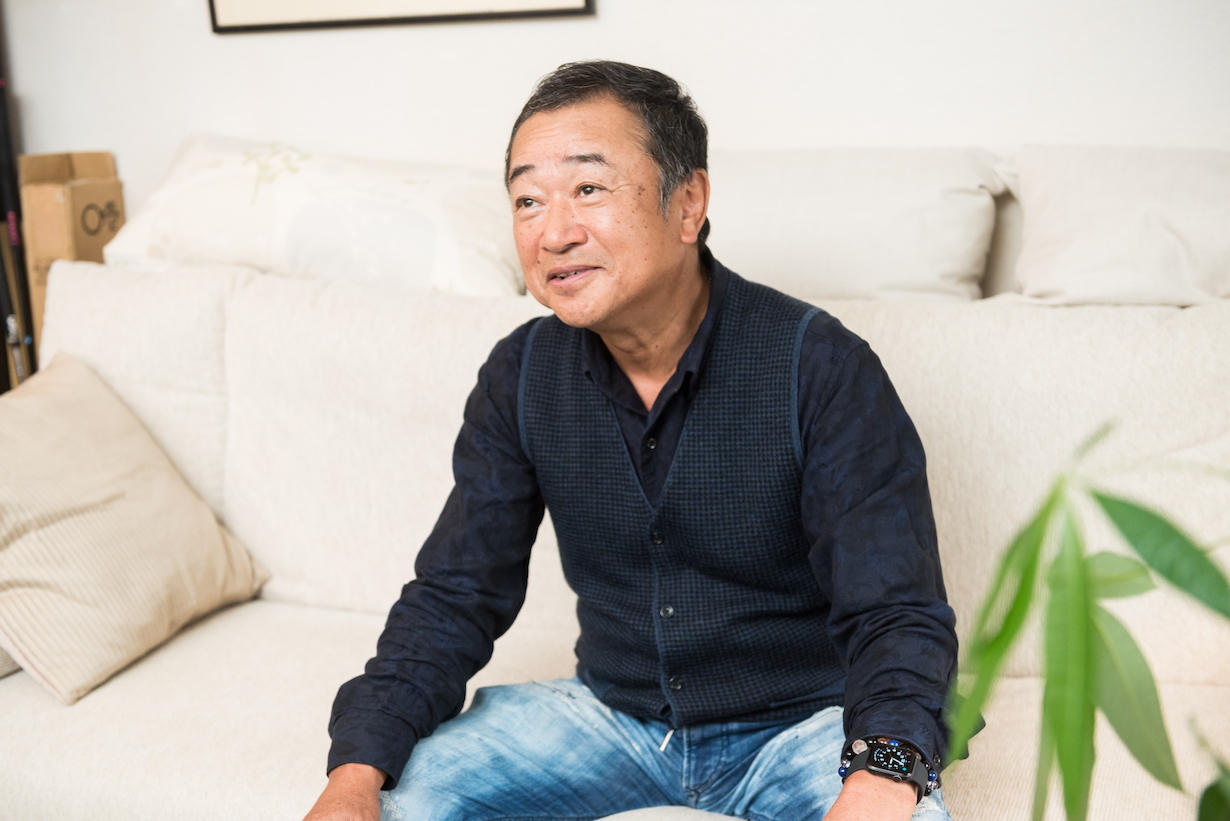 Interviewer: Maishiro
Entertainment analyst. Has written many articles based on serious research, data analysis, and interviews about non-serious subjects. His articles are often featured on Yahoo's freelance page and the Daily Portal Z website. He especially loves music, films, and manga!

Creating a Mystical Song that Fit into Dragon Ball's World

——What concept did you have in mind when composing Detekoi Tobikiri ZENKAI Power?

Ike: As a whole, I knew I wanted it to exude a mystical kind of atmosphere.

Dragon Ball itself is quite fantastic in its setting and lore. Characters from the past, the future, all different eras and generations, and even different dimensions appear in the story. I wanted to somehow capture that sense of mystery and manifest it through sound. 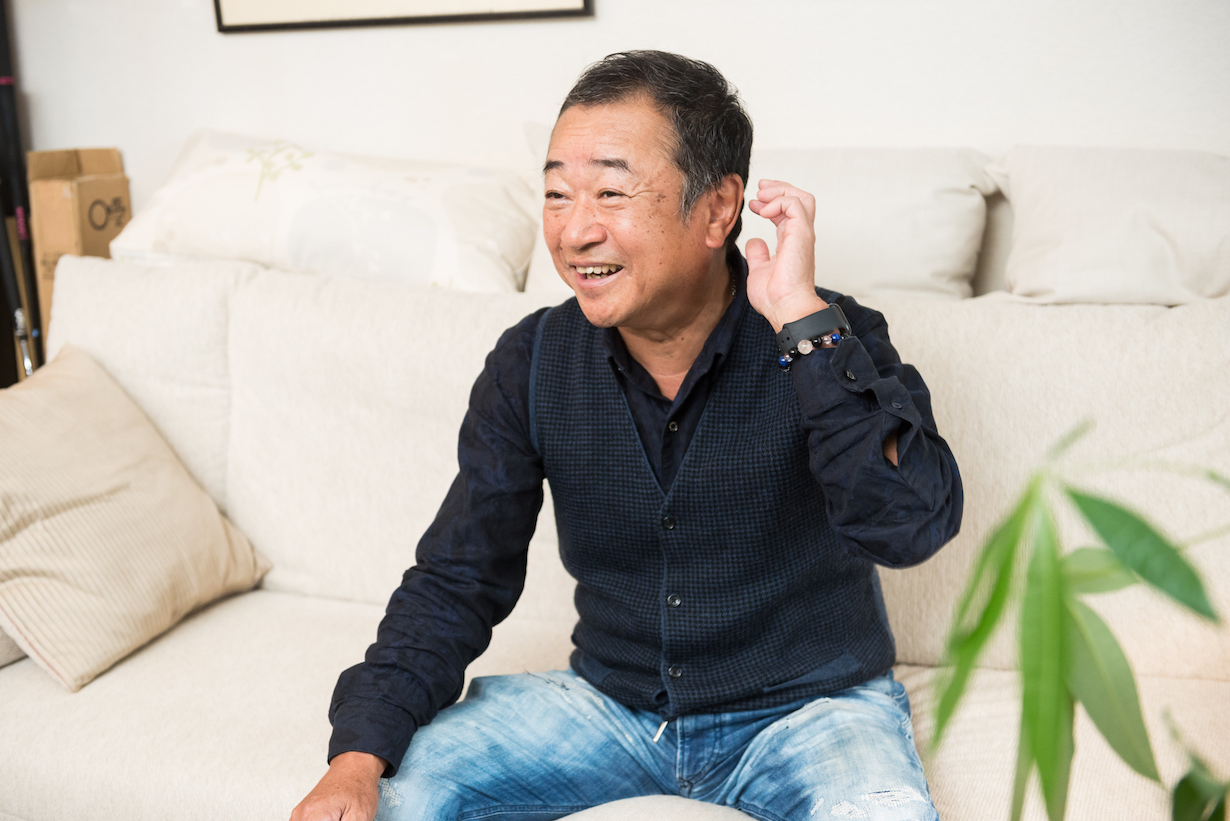 ——So you wanted to take the way the source material made you feel and convey it through music.

Ike: Exactly. I thought that the song should be interesting, that it should be playful, that when you listen to it, it's like upending a box of toys and seeing what comes out. I combined a whole lot of different elements in the song, like the choir parts or the shouts.

There was also the fact that you can get away with a little more in the ending song compared to the opening. The opening is usually flashy and dramatic, but you have more freedom in what the ending sounds like, so I thought it'd be fun if we made the song like something out of an amusement park.

——The whole song has somewhat of an oriental air to it. Did that come from wanting to convey the feeling of the source material too?

Ike: It did. We took the oriental feel and combined it with elements from pop, reggae, and a whole bunch of different styles. 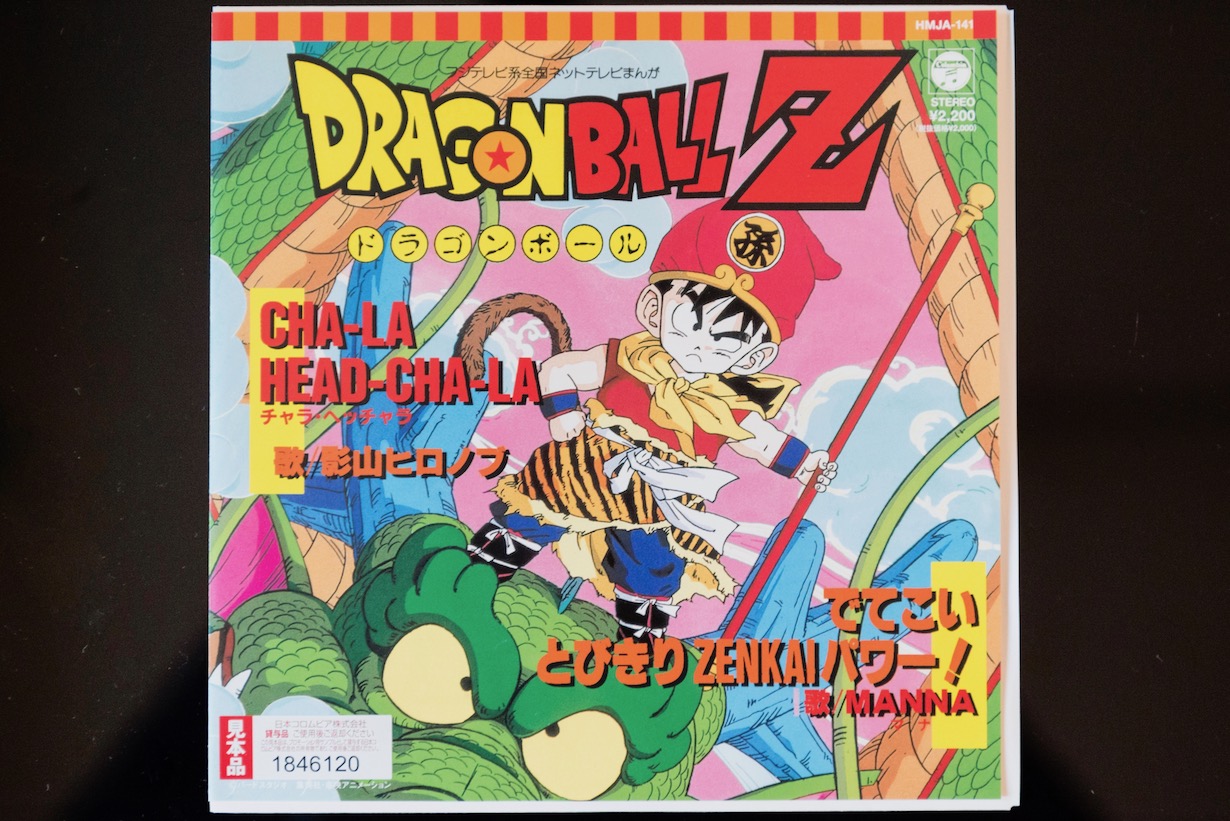 ——I'd also like to ask you about what the recording process was like. Which was created for Detekoi Tobikiri ZENKAI Power first: the lyrics or the music?

Ike: For this song, we came up with the music and scat parts (singing non-lexical lyrics like "la la la") first and then lyrics were written based on those. The lyrics were written by Mr. Naruhisa Arakawa, who's also a screenwriter who worked on Dragon Ball's anime script.

——What was your first impression of the lyrics?

Ike: The first time I read them was actually the day of the recording, but I thought they were poppy and colorful and just perfect for the music. There were phrases that only someone working on the script like Naruhisa would be able to create, and I can remember being taken aback by how good they were.

——What's an example of a phrase that you thought only Mr. Arakawa could have written?

Ike: One of the best would be at the start where it goes, "Here it comes a-fighting, an apple-colored monster! Here it comes a-flying, a nut-scented alien!" It's like he's stimulating your senses of sight and smell as well as your ears.

We also discussed with MANNA, the singer, how to best time the lyrics to draw out all their uniqueness. We added in the choir parts to give the words more impact, and used shouts and other elements to add more variety and color to the sound.

——That's super interesting! Was there anything else from the ground floor of the production process that you were able to do because it was for a Dragon Ball song?

Ike: Dragon Ball is the kind of setting where just about anything can fit, so we really felt like we had the freedom to try anything we wanted and that it'd all work well.

The recording process was very free as well. I could just say, "How about we include something like this?" and the recording staff would tell me, "That's great! Let's do it!" We all had a blast.

——It sounds like it was a great time for everyone who worked on Detekoi Tobikiri ZENKAI Power with you!

Ike: Even when we were recording the overlapping choir parts, I'd ask them things like, "Can we try putting this kind of effect here?" and they'd try it out for me. As a result, the end product was a really fun combination of different voices and phrases.

——It sounds like the free atmosphere of the studio itself was one of the things that contributed to the song's composition!

Ike: For sure. That kind of interplay is something that you can't get working alone at home. Thanks to that, we were able to create the energetic, mystical song that I was aiming for.

——Many fans know about the secret where if you play Detekoi Tobikiri ZENKAI Power backwards, you can hear the names of people involved in its production, but how did that end up being in the song in the first place?

Ike: After we finished recording MANNA's vocals, which sounded very charming and cute, I wanted to add even more elements and turn up the sense of wonder in the song, so I was just adding one thing after another, like choir parts, shouts, and so on.

During that process, I thought, "What if I tried putting some kind of chant that sounded like a magic spell at the start?" I'd heard that in Star Wars, the voices of the aliens at the cantina were made by playing regular words backwards, so I tried it out for myself.

First I needed some words to start with, so I decided to record the names of the producers and staff who worked on the song. I recorded it on a 6mm tape and then just flipped it upside down and played it backwards through a 48-channel digital mixer*, then pitched it up and added some effects. What I ended up with sounded like some kind of hypnotic, trance-like incantation.

Putting the Magic into "Makafushigi Adventure!"

——Other than Detekoi Tobikiri ZENKAI Power, you also worked on the Dragon Ball songs Makafushigi Adventure and Romantic Ageru yo. Could you tell us how you came to be the composer for those two?

Ike: It was an audition in both cases. I was given just the lyrics to work with, and I composed Romantic Ageru yo in around ten days and then Makafushigi Adventure in the remaining two days I had before the deadline.

After that, I was told that I'd landed both songs, and I've been working with Dragon Ball ever since.

——I can't believe you wrote them both in such a short time!

Ike: I'm quite a fast composer (laughs). It was apparently rare to pass the audition for both the opening and ending at the same time, though. Then later on I ended up being in charge of composing the Detekoi Tobikiri ZENKAI Power ending theme.

——While we're on the subject, was there anything that you took special care with when working on Makafushigi Adventure?

Ike: Makafushigi is usually written with the ma character that means rubbing or grinding, but we changed it to the ma used in mahou for magic.

This was Yuriko Mori's idea (the song's lyricist) to make it fit more with the world of Dragon Ball. It's bright and colorful, but there's also slightly ominous tones too with things like the Realm of Evil or makai using that same ma character.

So that was something that we took extra care with when creating the song.

——Even the title has such a deep backstory!

Ike: Many song titles and that kind of thing use the standard ma character for makafushigi, but since this is Dragon Ball, we were quite set on using the magical ma instead.

Altogether, I've composed a total of four songs for Dragon Ball openings and endings, and to this day I'm very thankful for having the privilege to work with such a wonderful series. 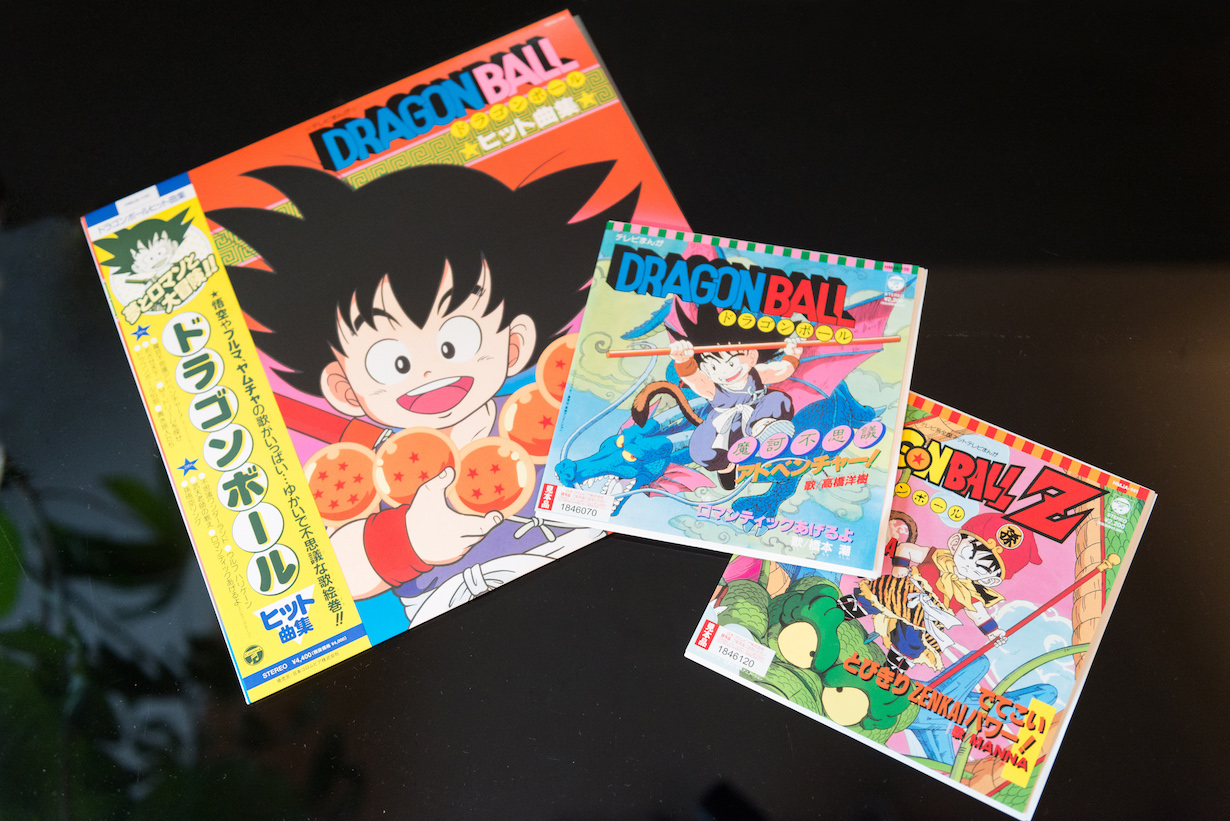